Orekhovsky Waterfall in Sochi - a picnic in nature

I do not know why, but Orekhovsky Falls is likeAt first, the sight of Sochi did not inspire me at all. However, I was recommended to him by Sochi friends who, moreover, regretted my rental sedan with a small ground clearance and drove their SUV on a mountain road that leads to a waterfall. Did I like the Orekhovsky waterfall? Yes! Gorgeous, atmospheric and at the same time a cultivated place, where you want to return again and again.

Orekhovsky waterfall is located on the edge of geographyGreater Sochi. It is necessary to leave along Plastunskaya Street, which passes into Dzhaparidze Street and runs along the river Sochi. The last couple of kilometers is an unpaved rocky road, carved into the side of a mountain. Without pavement, without sites for oncoming vehicles with oncoming traffic, which, however, does not prevent the locals from cheerfully dismounting on the precipice. After receiving a lot of impressions, I got out of the car on a fairly spacious parking lot about 200 meters from the end point. Actually, you could easily walk there, leaving the car at the end of the asphalt road, if you are not confident in your abilities.

It was possible to park further - roadwent down to the river and then up. But they decided to take a walk with friends, all the more so as it’s close by. Final parking is located directly in front of the recreation area fence. More than 10 covered pavilions with a barbecue area, tables and benches scattered over a large area under old tall trees. Later, I found authentic log gazebos downstairs, on both sides of the river - on the other side of the waterfall.

Orekhovsky waterfall is at the end of the steepmetal ladder with several spans. Going down, you find a cozy backwater and a stream falling vertically from the rocks. They explained to me that we very successfully got here after three days of rain, so the waterfall impressed even the Sochi guys. Nearby there is a cool ledge where you can take selfies and show the scale of the waterfall in comparison with yourself. The ledge is not quite obvious, so I understood about it only when the local climbed there. 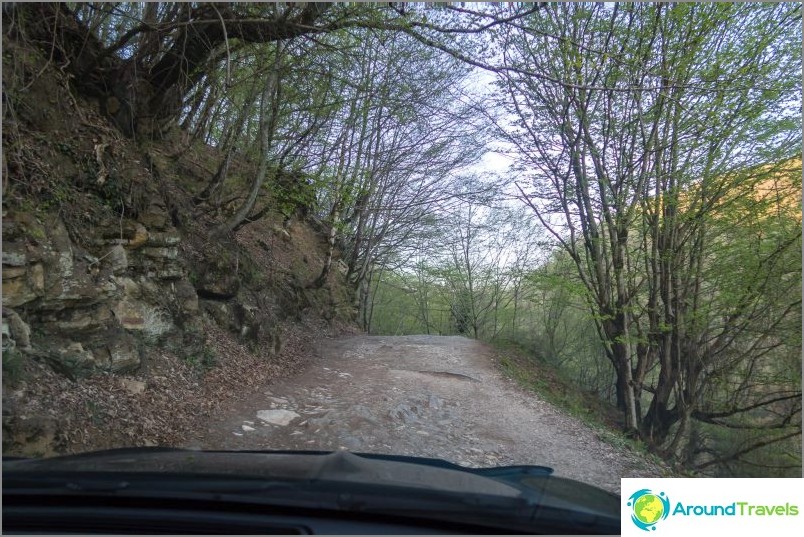 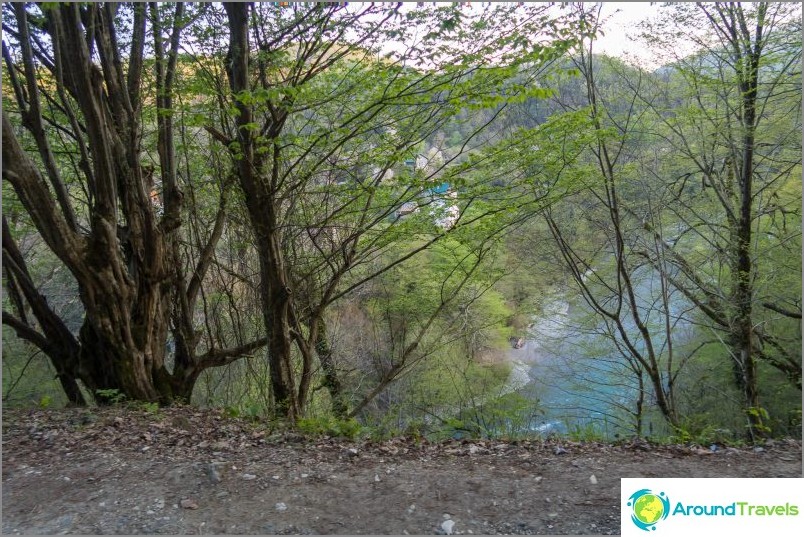 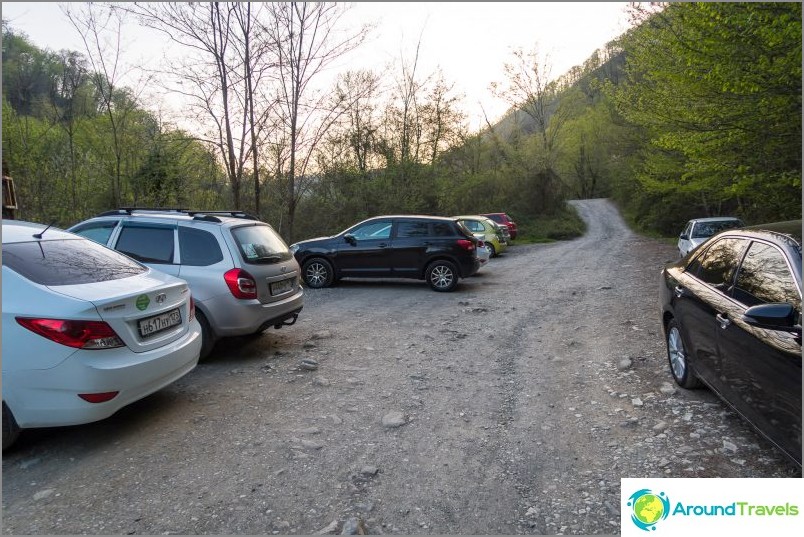 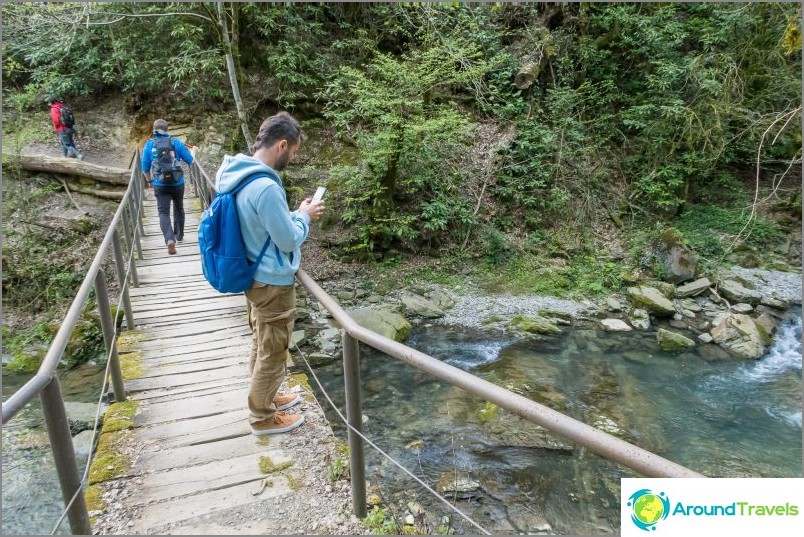 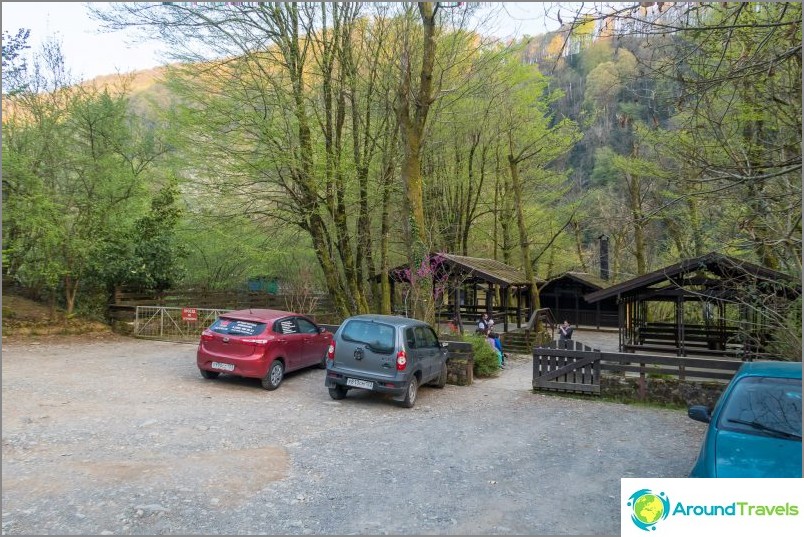 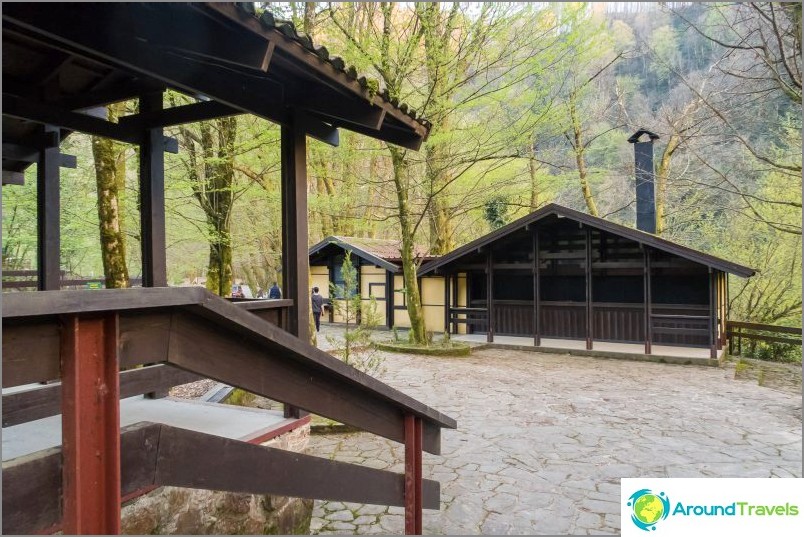 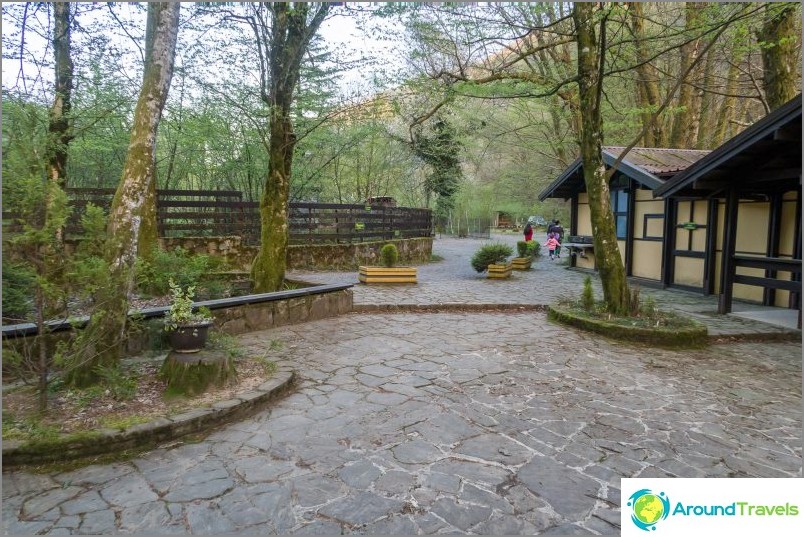 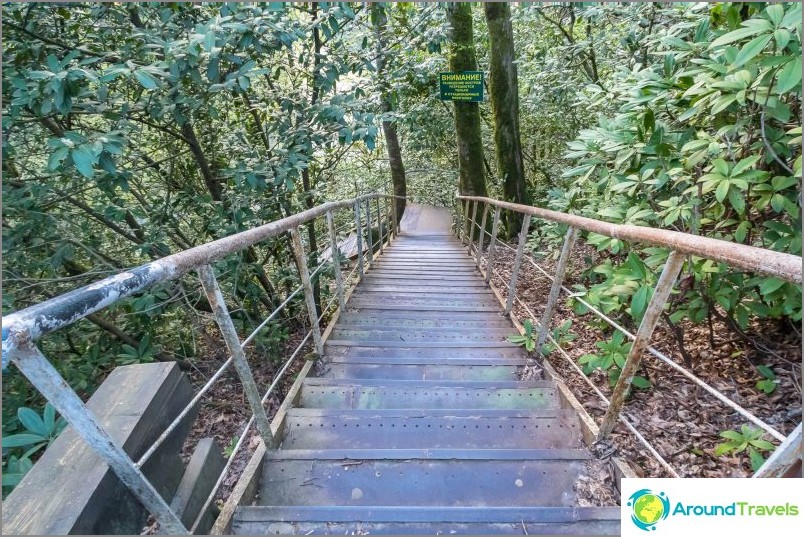 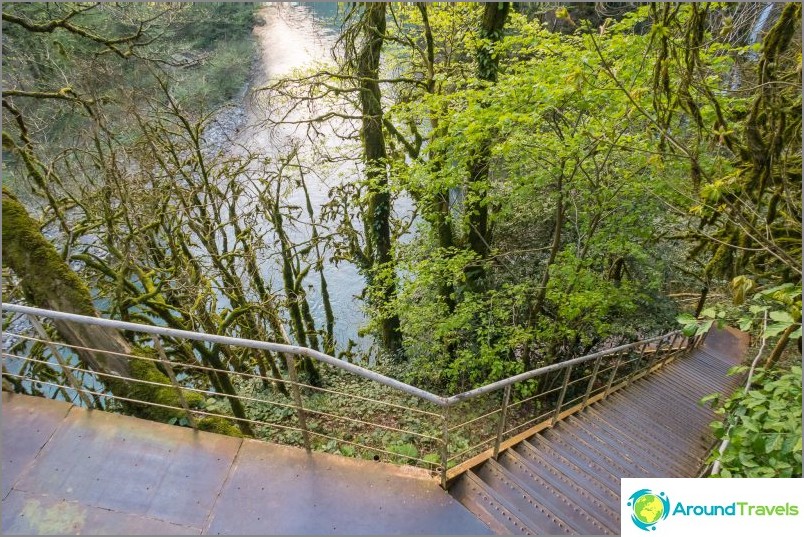 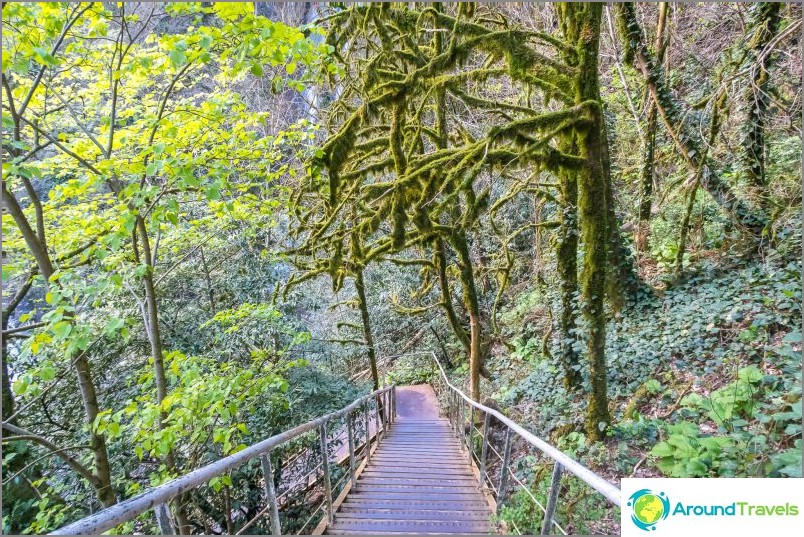 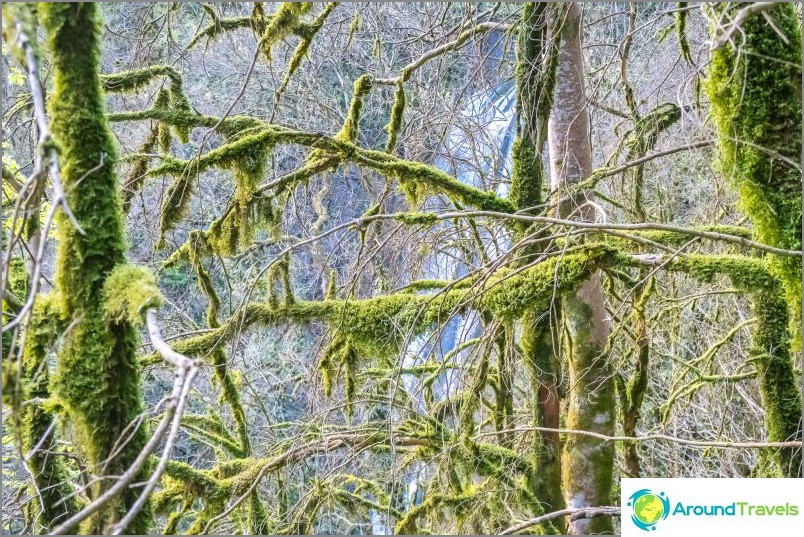 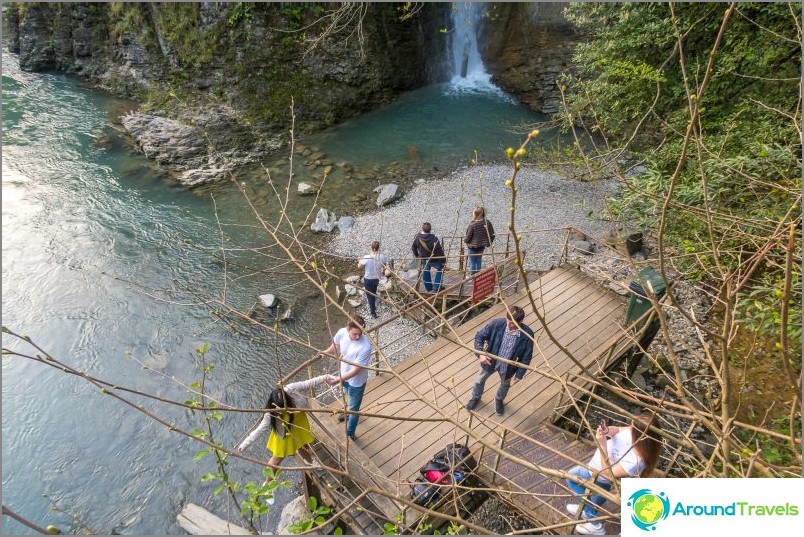 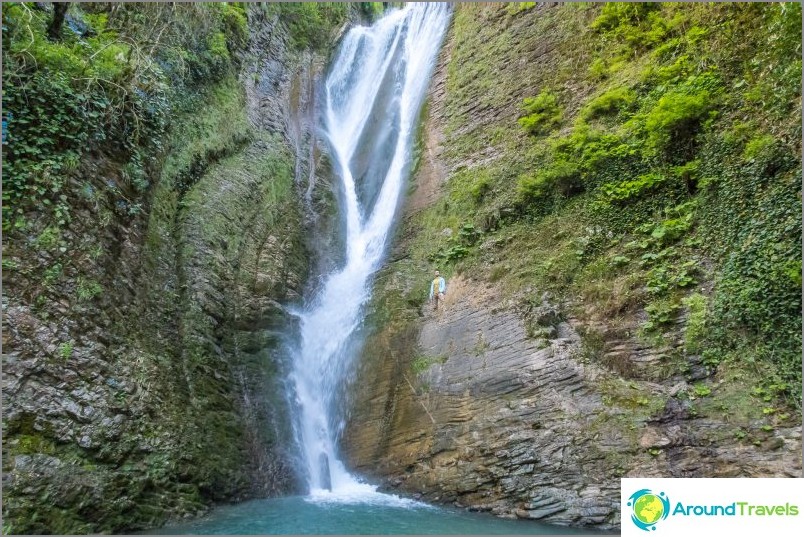 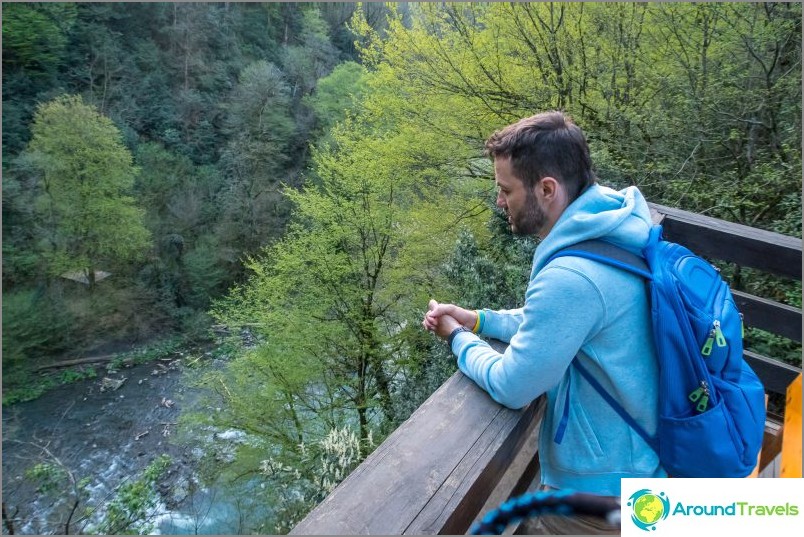 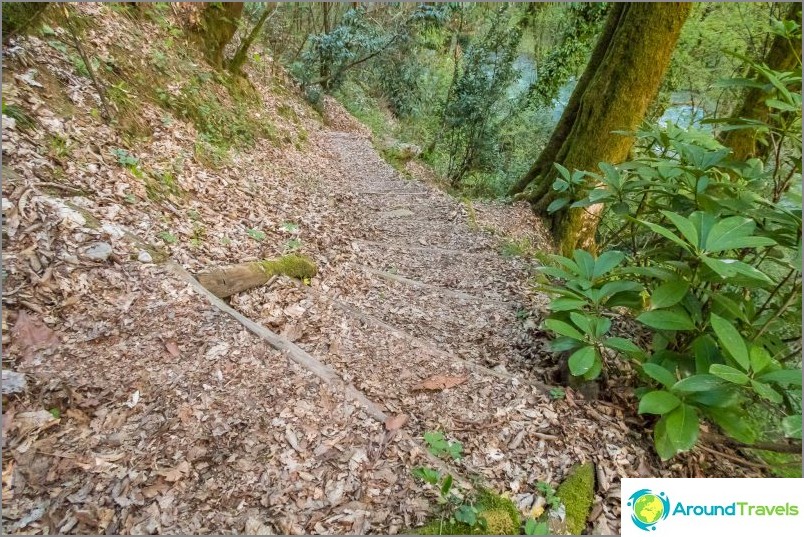 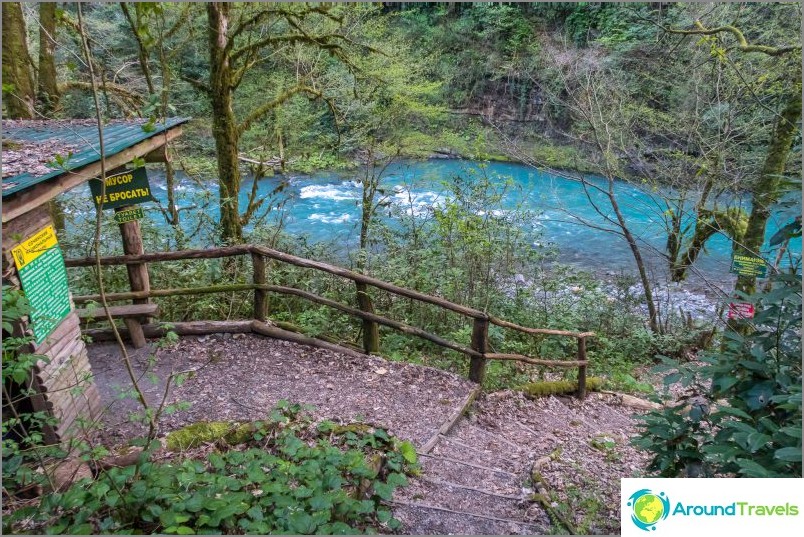 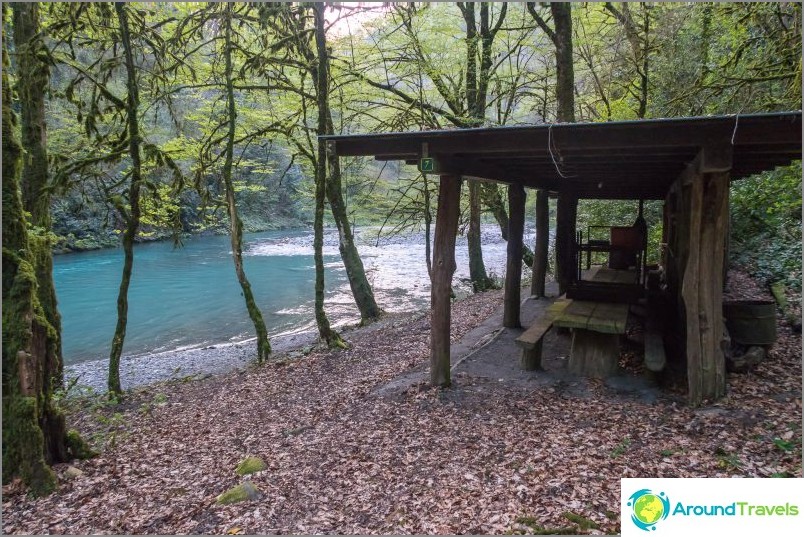 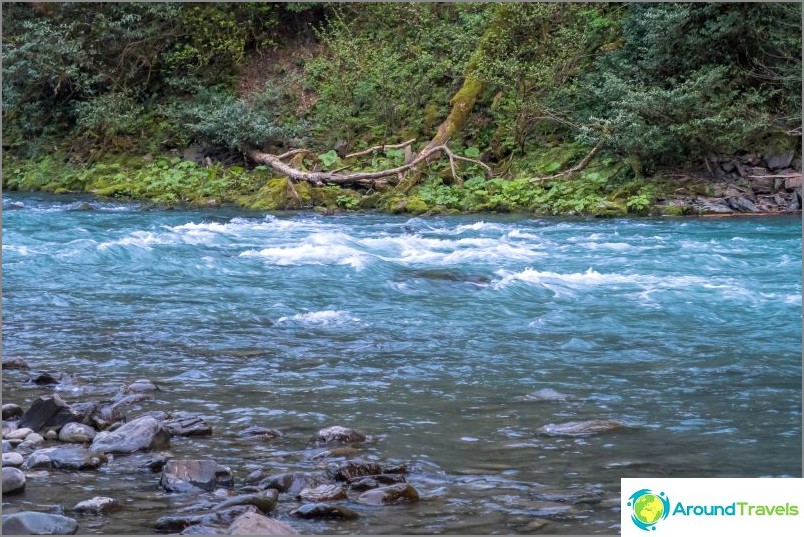 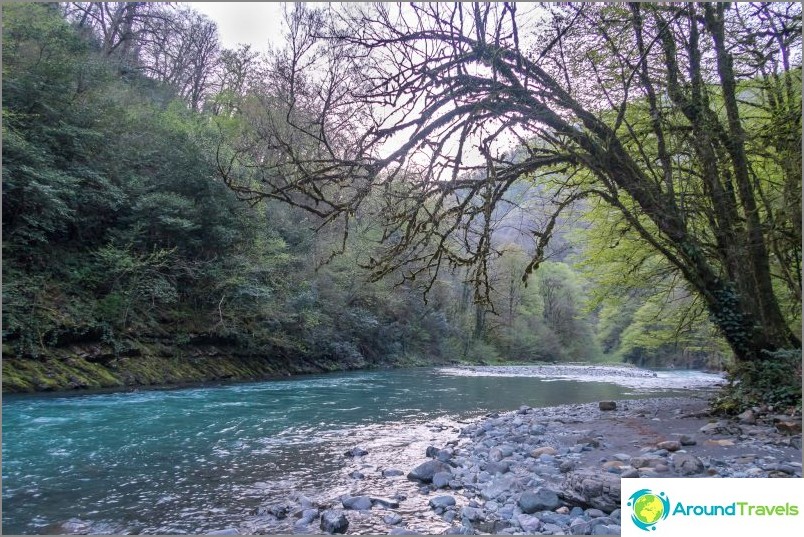 The entrance to the territory is free, there are 2 parking lots, the second one is next to the gazebos.

Arbor for a picnic is from 500 rubles a day.

In the summer season, there is very little from the waterfall, so do not be discouraged - the river does not dry out, so there is always fresh there.

Orekhovsky waterfall
Beautiful waterfall height of 27 meters, is located near the village of Orekhovka 14 km from the center of Sochi. Near him there are gazebos for picnics.
Read more.

Beautiful waterfall height of 27 meters, is located near the village of Orekhovka 14 km from the center of Sochi. Near him there are gazebos for picnics. More details.

Avtomuzey in the Olympic Park - nostalgia for ...