Orthodox temple on Samui - the Church of the Ascension

June 13, 2013 on Koh Samui solemnlyopened a newly built church in honor of the Ascension of the Lord. The place for construction was chosen very beautiful, but difficult, on a steep mountainside on the outskirts of the village of Lamai. In fact, there is nothing to tell about the temple, everything can be seen in the pictures.

Beautiful, bright, and at the same time very simplein appearance the temple, painted in blue and white. It stands among private villas and resorts on a steep mountainside, and from its terrace there is a stunning view of the sea over the rooftops and treetops. The temple is actively working, regularly conducts baptism, wedding and other church ceremonies. It is one of the most sought-after objects of religion, about which Russian tourists constantly ask. The rector of the temple is Father Alexei, who has lived on Samui with his family and has been involved in the affairs of the temple since its foundation.

Very few people. When I arrived there in the month of January, in the afternoon there was no one. The church was open. 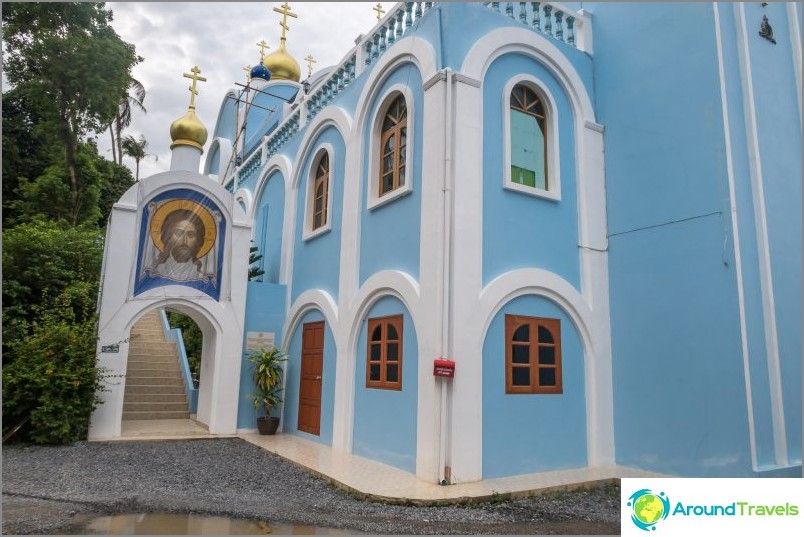 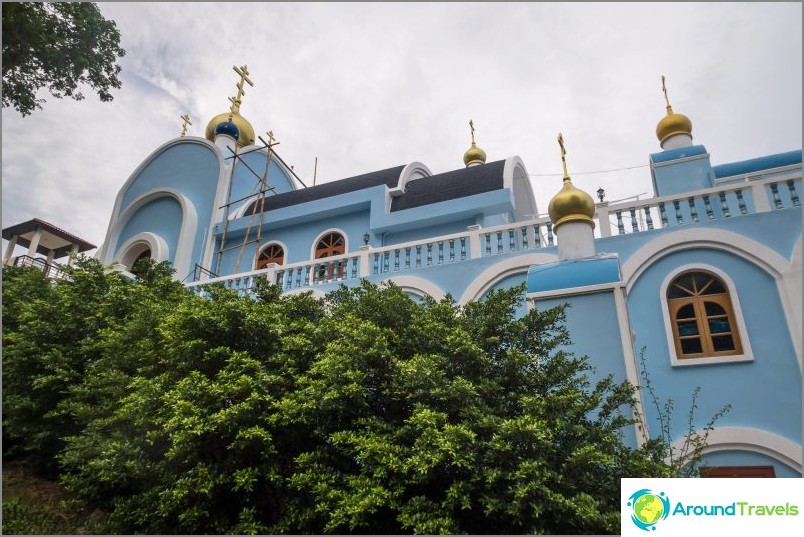 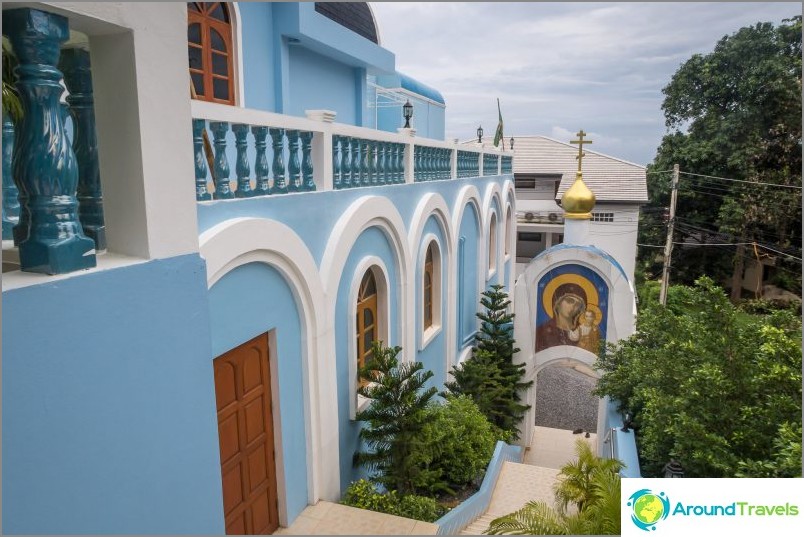 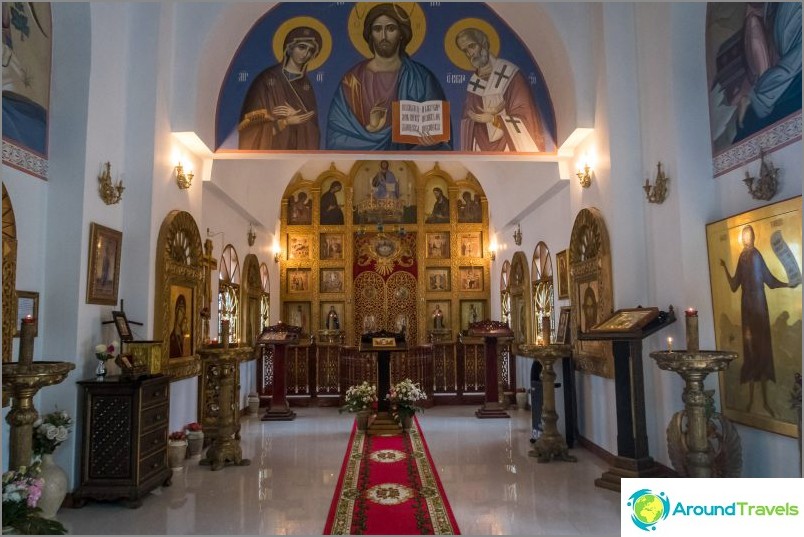 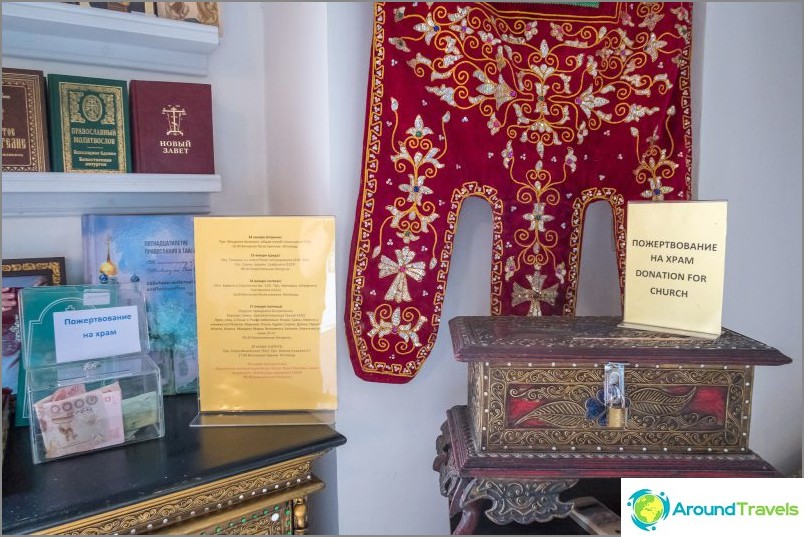 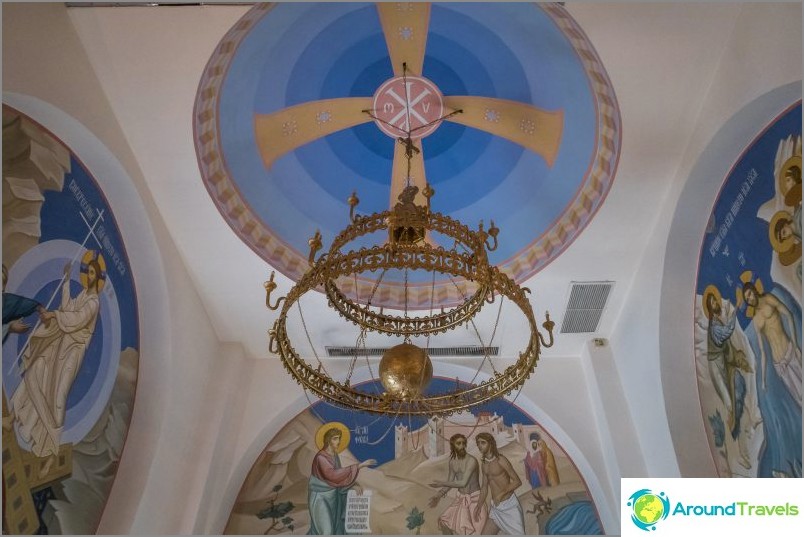 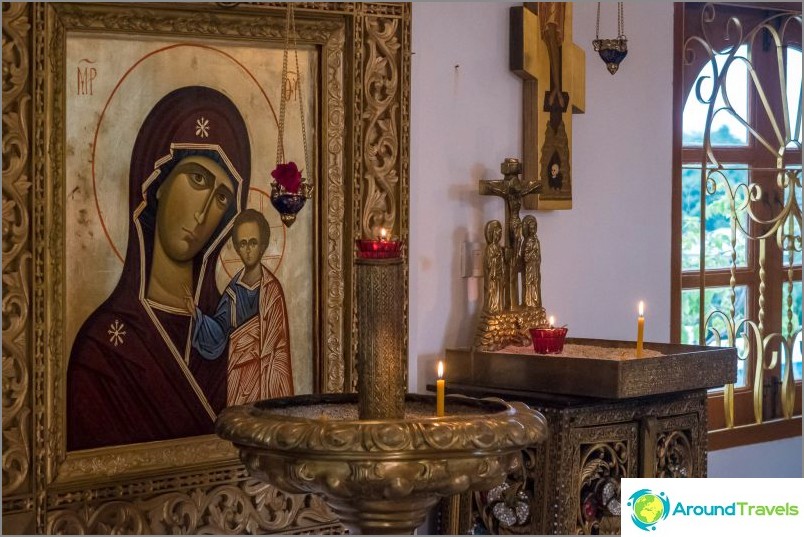 The place with the temple is located on the east side.Islands, three minutes from the ring road. For those traveling from Lamai to Hua Tanon, the turn to the temple is on the right, through the oncoming lane, immediately after MACRO and it is some kind of super-imperceptible, even with a pointer. Yes, and the section of the ring road here is extremely lively and emergency, so I do not recommend breaking the markup and taking risks. It is better to go a little further and find a place to turn.

It is much more convenient to turn to the temple when moving from the side Rocks Hin Ta Hin Yai, the main thing is not to hurry and look for the blue sign on the post with the inscription "Temple". If you have reached the MACRO - it means that the necessary turn has already passed. 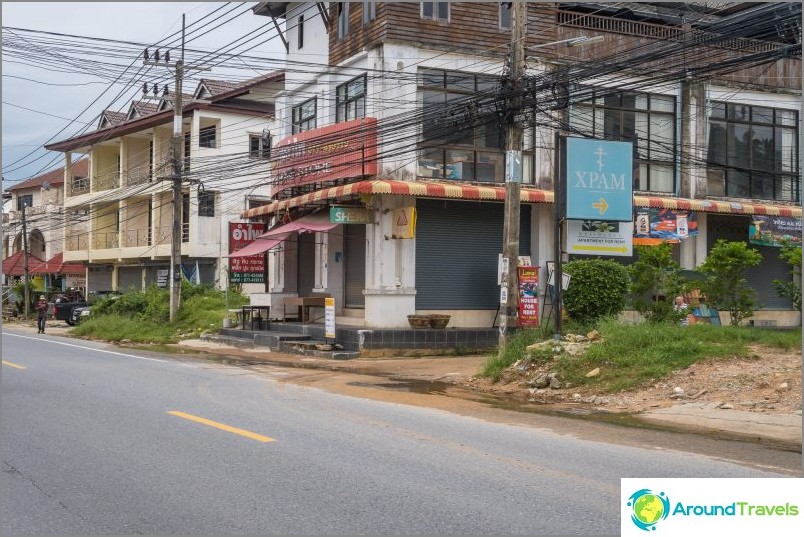 On the pole under the wires - a pointer. Picture taken on the road from Lamai to Hua Thanon

The temple is open daily from 9 am to 9 pm. Schedule of worship can be viewed immediately on the site of the temple. From the local nuances that you need to know - little parking space and quite a steep climb to the temple.

You may also be interested to read about Orthodox temple in Phuket.

Orthodox Church of the Ascension of the Lord on Samui

Orthodox Church of the Ascension of the Lord on Samui
A well-hidden Orthodox church, which you will not find the first time.
There is a small parking, open around the clock.
Read more about the temple. 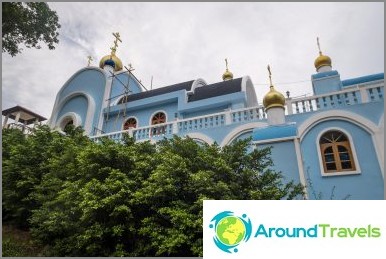 A well-hidden Orthodox church, which you will not find the first time. There is a small parking, open around the clock. Read more about the temple.