Home>New articles>Railways of Turkey. We are going to Adapazarı. Part 10

Railways of Turkey. We are going to Adapazarı. Part 10

Plenty of walking up Ankara, we are back at the train station. Now we had to go to Adapazar (Adapazar?). This is such a city between Ankara and Istanbul.

Our acquaintance with the railways of Turkeystarted with a scoreboard. Well, the fact that it is in Turkish is half the problem, so it is also some kind of illogical. Trains do not appear where they are supposed to be. In this case, the names of the stations do not necessarily coincide with the name of the city. Try to figure it out, because nowhere is there a list of the correspondence between the station and the city. 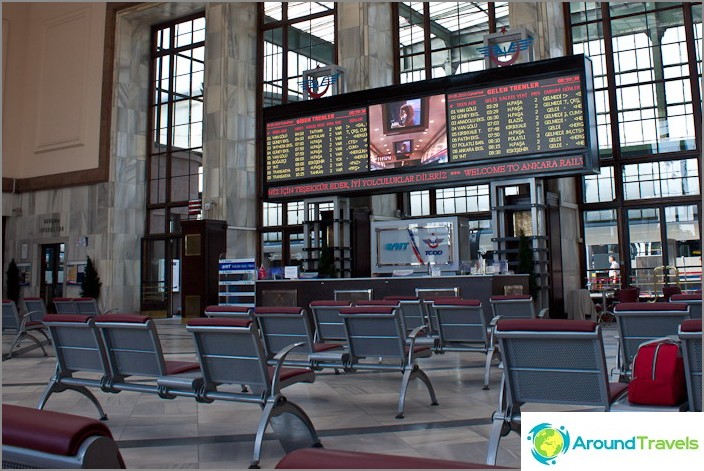 Our train was delayed, but we understood it onlyafter not found on the platform anything like our composition. We tried to talk with my aunt at Infomation. She is poor confused and confused us, for some reason began to offer us another express.

But that was not the end of it. Just imagine, you are sitting waiting for the train, which seems to be late for an hour, but no one says for sure. In English, the station workers do not particularly understand. And here, at 12 at night, the board goes out! Our, so to speak, last hope for information! And after, cash registers are closed and the aunt leaves on Information! There are only cleaners, carefully sweeping the floor. The station was closed and we were alone on the platform ... After that, I began to respect our Russian railways so much, I was proud of the clarity of their work. 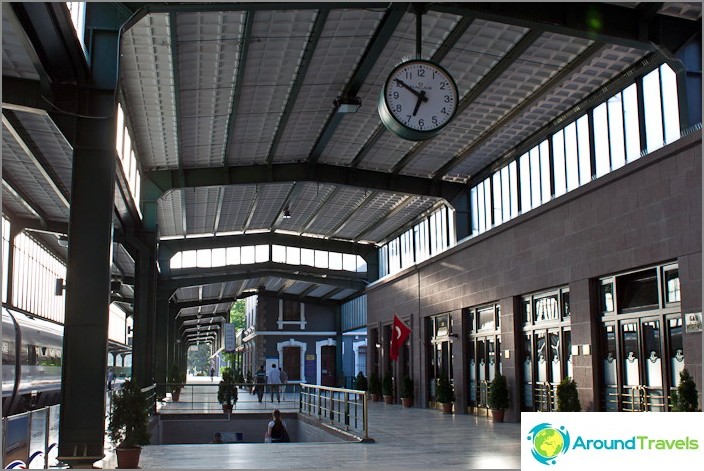 The train arrived, it was only 3 hours late. And in Adapazari, where we went, already at 6 o'clock. And this is a normal thing, as such trains are for the poor, and they are cheaper than the bus. True, they usually ride in seats, as the coupe is 2 times more expensive: 12 lira (240r) sessile, 22 lira (420r) sleeping. Exceptions are fast sit trains to Istanbul. So, if you decide to use the railways of Turkey, consider these points. This is by the way, one of the options to travel around Turkey is cheap.

Only 3-4 were occupied in our sleeper.coupe, and in our compartment we were just two. Everything inside the car is a bit unusual: a continuous corridor, the door to the outside can be opened on the move and independently, which some Turks did at technical stops. 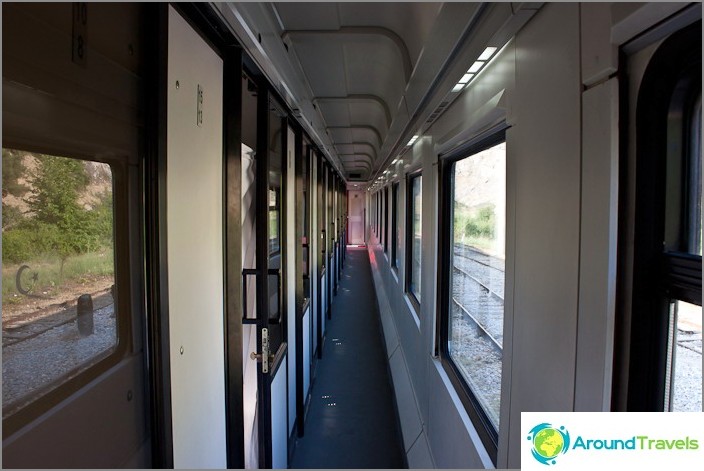 Corridor inside the car. 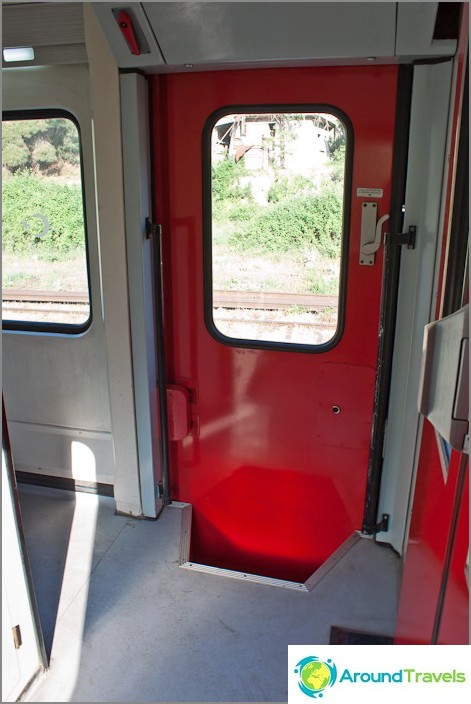 Exit outside. Come and unlock.

Two toilets: European and Asian, plus a room with a washbasin. Total 3 rooms for hygiene! But there is no titanium with water! How do you drink tea? A cherished doshirak than fill? Or is it just Russian realities? 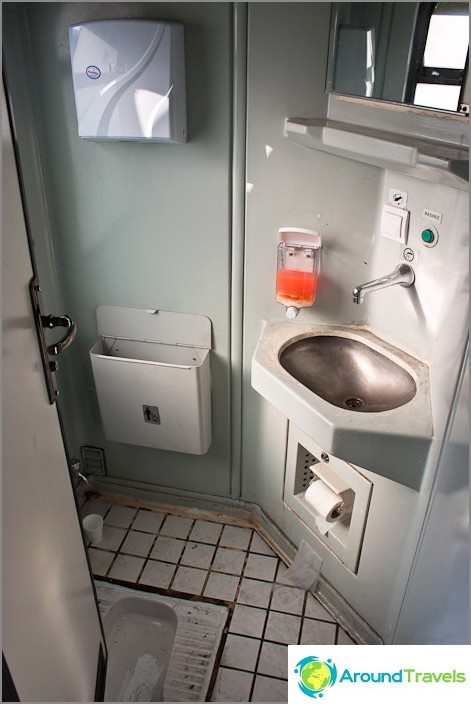 The coupe itself is also different: soft wide shelves, lower recline so that they turn into seats with armrests. Most touched table. And where can I put a loaf of bread, boiled eggs and potatoes, sliced ​​cucumbers, and a couple of bottles of water? And in theory for 4 people! 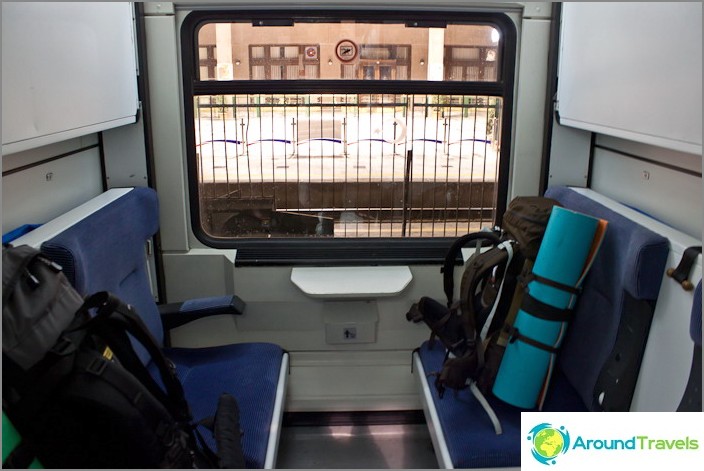 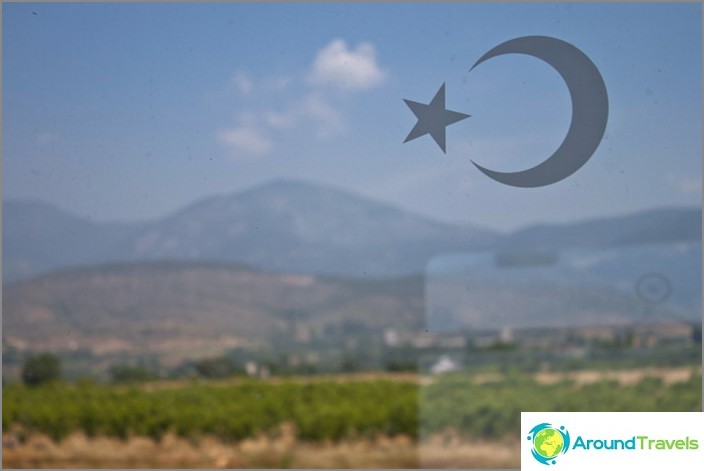 On each window is the symbol of Turkey. 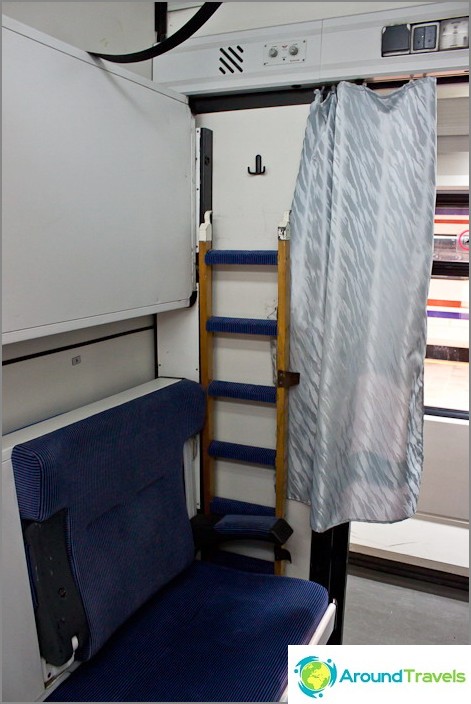 There was no conductor in our car, but heperiodically came to us, apparently one on several cars. But in each compartment there was an air conditioner and a temperature controller. There was also an outlet in which I charged all my batteries. It turns out that progress has reached! When is it interesting in Russia in the trains?

After plenty of sleep in a half-day late train, we went to Adapazari, and after a couple of hours we were already in the town of Karasu. Here friends, a Russian-Turkish family, a father, a mother and five children were already waiting for us. 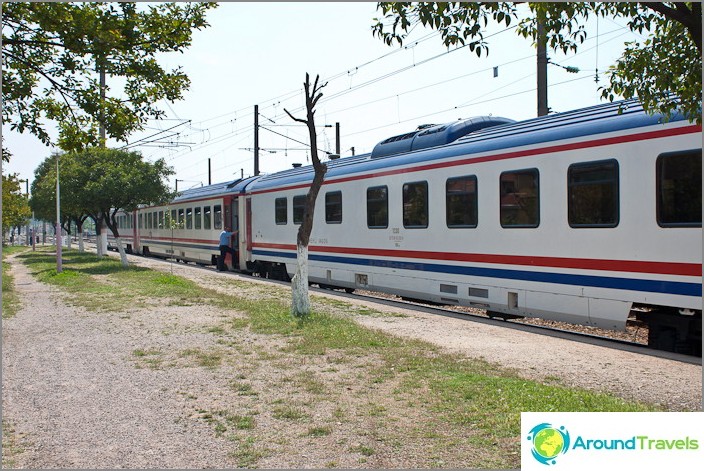 Trip to the Maldives - Kuramati Island