China left behind very strange and twofoldimpressions. Apparently, in order to understand this country, you need to at least learn a language and visit several parts of it. But since we were only interested in Hainan because of its climate, we did not go anywhere else. Actually, there is no desire, only if on a tourist trip for a short time. For example, the Great Wall of China to see or the province, which became the prototype of the movie Avatar.

So all our impressions will be connected exactlywith Hainan. And after three months of living, it became clear to me why the main resort of Hainan, Sanya City, in the near future would not become the same trend as Thailand.

Most strained language barrier when withouttranslator and step is not done. The Chinese do not know even the most simple words in the English language such as "how mache". Therefore, it is necessary to learn phrases in Chinese or to photograph various signs, inscriptions, etc., in order to be able to explain what you need. In principle, after having trodden the main ways, that is, I found the right cafe, I studied the assortment in the store, I took pictures of the right places (shop, station, cafe) to show them to rickshaws, you can live. Until an unplanned situation arises, for example, a sore throat hurts and you need to buy something at the pharmacy.

But the most important thing does not leave feeling, asas if you are an outcast and access to you in this world is closed. And when each of you starts to take a picture, so generally in a zoo you feel on the other side of the cage. I do not deny that this is only my personal and subjective impression. Of course, without knowledge of language and culture, this will be felt in any country, but I did not notice this, neither in Poland nor in Thailand (these are countries where we lived for several months), because they both speak a little in English. In Poland, in general, the European and understandable way of life is the same (the logic of the European is very similar to ours), and in Thailand you feel very comfortable with their eternal smiles and Buddhism. The Chinese on Hainan are outwardly rather harsh, unusual. And I associate Asia with smiles; several winters in Tae make themselves known. In conversation, of course, they smile like all other people. 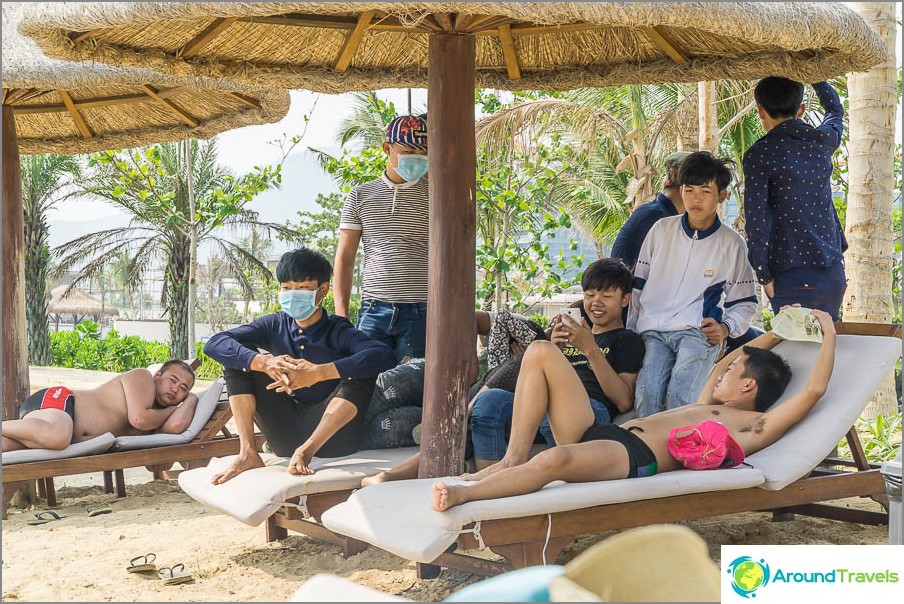 Approaching and looking at, or sitting down and watching a foreigner is common

And no one knows why the Chinese are so noisy?

Moreover, if several people are talking in parallel with each other, then they will definitely try to shout over each other.

And how do you like their everlasting shouting on the floor, sneezing andcough? I know that in many countries it is customary to hurt on my feet, but this policy is not very convenient for me. In reality, the last month was very hard for us, all three of us were sick, and not only we. Moreover, the viruses in China, some strange, no temperature, no any other symptoms, just a cough, for example. Although someone like Darya, on the contrary, was only the temperature and everything. And this infection does not pass for weeks, from which it exhausts you. Our needle doctor was generally sick for 2 months, he coughed constantly, apparently from him and got infected. Although I don’t know what is better here, Moscow flu epidemics in winter or Chinese viruses. I would choose the same Chinese, but only in the tropics, that is, in Hainan. Would have been in the north of China, probably would not have got out of the sores at all. 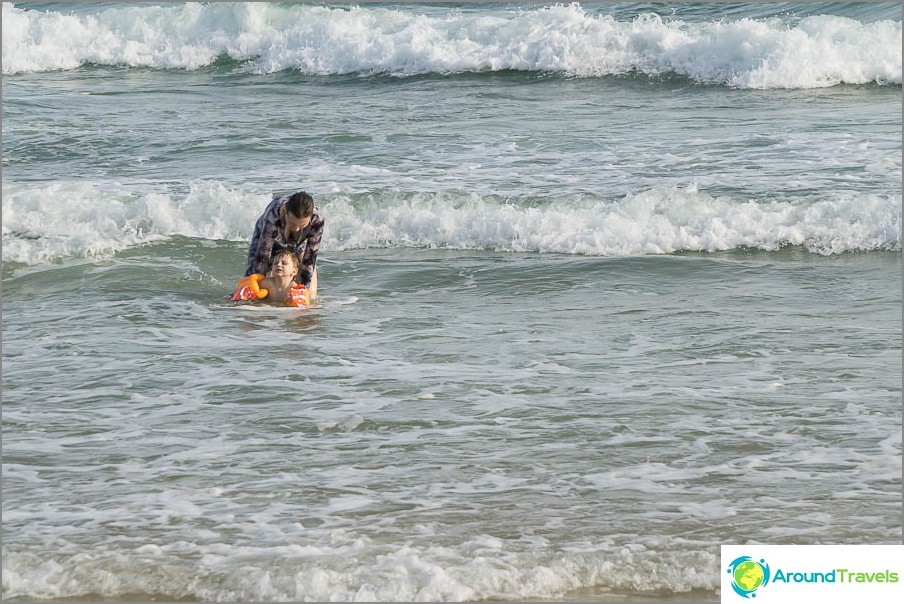 Perhaps due to fatigue and illness, we are at the endand the heat got out. I always had to include a condo that somehow blows on you, which, by the way, makes you want to cough even more. And who came up with such drops, somewhere -50 winter, somewhere over 40? Why not make more regions from 25-27 degrees most of the year

How cool it was in March when we arrivedthe fairy tale is simply ... Next time it will be necessary to plan in such a way so as not to fall into the Hainan summer from May to September inclusive. By the way, now I don’t want something in Thai heat either.

And yes! The Internet! When I lived in Thailand, I complained about the Thai Internet. So these are flowers, I only dreamed about this in China. To fill the video on YouTube you need the night! Provided that during this period the VPN will not be disconnected, with the help of which you can have access to Google services, including youtube. And he turned off very often. In general, working in China is normally impossible until you open several links, write a couple of letters and check the social network, it takes a couple of hours. Sometimes it got to the point that I just took breaks for an hour because nothing worked at all. Perhaps it was only in our accommodation that there was such a shitty channel, but according to reviews of other people, the Internet in China is not a strong point.

Despite what I am writing here, we are pleased thatWe went and did not regret anything. The main goal, to make Yegor stronger, was partly accomplished. Now he can walk with walkers or even stand in orthoses without support for a few seconds. It's great! But about everything in more detail on the Egorovsky blog.

With each new trip more and morethere are thoughts that I want to settle down in one place and stop driving in other countries, just tired already. It takes a lot of time to arrange, to learn, where and what to buy, how to live here, and so on. Previously, it was fun, but now annoying, because there is no time for it, I want to come to the ready in comfort and not bother. 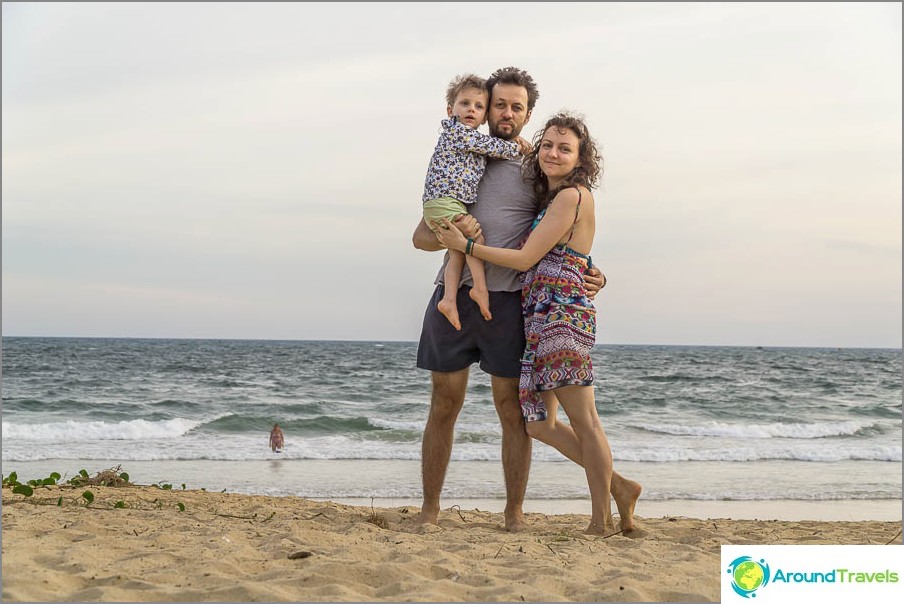 Despite the disadvantages, we will miss the tropics, mangoes, the sea and other delights of life.

That is why we happily return toMoscow is our small, but equipped apartment for us, to our district, where everything is clear and understandable, and everything is solved in two accounts. We need cough pills - so on the first floor there is a pharmacy, you need to go somewhere - there is a car, you need a teacher / doctor for Egor - now, according to reviews on the Internet, we will find someone. Not to mention the fact that you can always call your grandmother to bring something delicious to eat or sit with Yegor for a couple of days and give us a break. There are plenty of cons too, but we have already written about them many times when they came from Thailand - reference 1. reference 2.

Again, things are piling up

It is interesting, but for everyone to return the case do not understandwhere do they come from? Not for the first time I notice that there is always a lot of some silly things that you could easily forget about at the time of your departure, but as soon as you came back they pile on with a new force

Straight some kind of trouble. Daria needs to deal with a blocked bank card and an invalid passport, thin out the piles of her clothes and Egor. Yegor needs to go to take tests in several laboratories, to look for socialization and kanis therapy. I need to change the water filters, go to the parents behind the car, pick up the parcels from the issuing point, send papers for the PI and so on. A whole huge list is written on a piece of paper, we have been raking it for a week and not raking it. But because of the difference in 5 hours, we get up already at 6-7 in the morning, as the most correct.

We are here arguing with Daria, and she tried to meconvince that most of the things in the Egorovskie suitcases. I offered to dump everything and make 3 piles. Hehe, as required. Now I want to conduct the following experiment, to go somewhere with Egor myself, in order to understand whether I need as much junk or not. In the meantime, things continue brazenly tyrit our time. 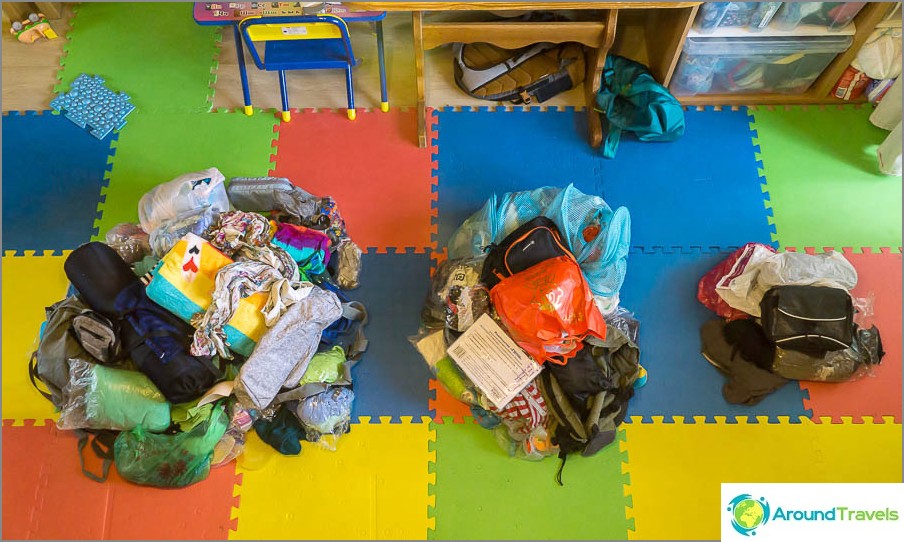 We continue to search the base

The question is still open, where willour base. While she is in Moscow, but how do you want to go to a place with better ecology, food and air, where winter is milder and there are no problems of a big city, at the same time, so that it is not backwater and there is rehabilitation and classes for Yegor. Where is the city we need? The population of 500 thousand people, exercise therapy in China, sensory integration in Warsaw, deaf-and-dumb pedagogues in Fryazino near Moscow, mountains in the Caucasus, climate in winter in Hainan, friendly people in Thailand. Here I swung, right? Here therefore we sit further in Moscow

By the way, the further, the more Daria and Ibegin to differ in views. Her travels are much more than me. Apparently quite tired and no longer wants anything. In the sense that even if Moscow will be, if only there were no unnecessary gestures. Only here, apparently, in any case, the movements are to be, because we are going to build an 8-lane track under the windows. Actually, even now cars drive a lot on the street and dust accumulates in tons of tons on our window sills, just fit air filters. Now we are considering an option, and not whether to move to the near suburbs, there will be more housing space and cleaner air. 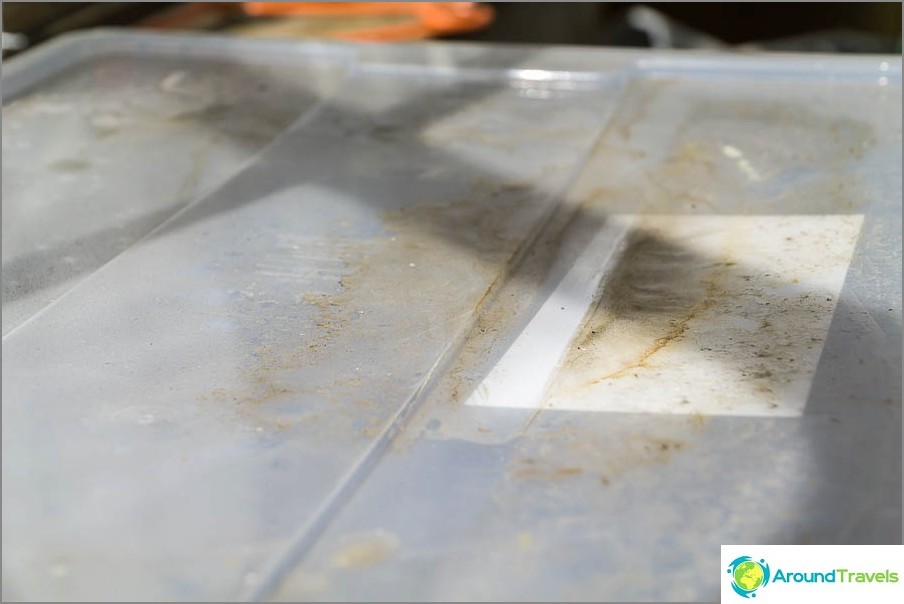 Container lid after 3 months on the balcony

As usual, plans to build very hard. How not to plan, everything will still come out differently in fact. In general, in a week Daria will go to Fryazino with Yegor for rehabilitation, and I will go to gather material in the direction of Sochi. I also want to go to Serbia in the summer, find out how it is and what, maybe it is worth going there to live for a year, the combination of climate and prices is quite good. And I will go to Crimea too, or we will go. It’s not yet clear here, we also wanted to try rehabilitation there, but we’ll still look whether it’s going on or not, since it would be better to go to a place closer to winter, perhaps again to China. Although, if the rehabilitation in the Crimea is like, then what the hell is not joking there to spend the winter.

P.S. Soon I will tell you separately how you traveled from Sanya to Moscow via Hong Kong. Though sick, but still a good little ride turned out.

P.P.S. How about meeting in Kolomna on June 13th? And then not before mid-summer.

Visa to Malaysia for Russians - if ...