The next item on our program wasruins of the ancient port city of Olympos (Turkey). In the past, he represented a fairly well-known port city in which pirates constantly hung out and kept half of the coast in fear, despite the authorities' efforts.

This glorious hail is located 25 km from Kemerand it is not on any map, but the guide“Around the World” so confusedly explains where it is, that I began to suspect myself of topographical cretinism. However, we were lucky and we got lost, turning off the road not on the road indicated by the guide, and as a result we found ourselves on a beautiful beach in the village called ираirali (? Iral?).

If I go to a beach holiday in Turkey, then Ciralimy choice is a wide coastal strip, clear water, and almost no people. The tent can also be broken here, I think. There is practically no civilized rest to which the majority is accustomed. A kind of paradise for a quiet and family holiday - private houses, a minimum of cafes. 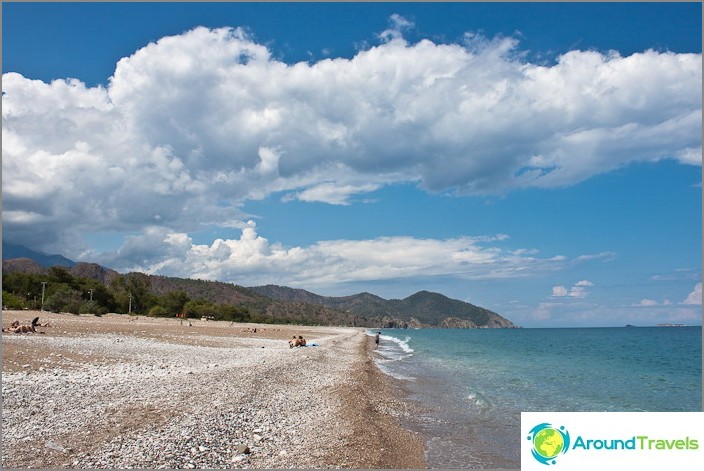 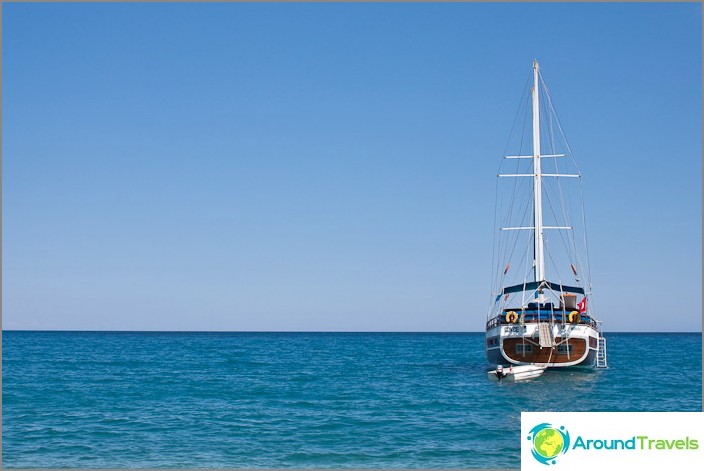 As it turned out, Olympos (Olympos) is also locatedNext to us. We just got to him from the other side - with a more correct one. I will explain for those who go there independently. The city of Olympos is located along the bed of the river Ulupinar, which flows into the sea, and you can get into it from the side of the sea beach and from the mountains. From the main road there are two turns to the left, if you go from Kemer: the first is to the beaches of Olympos and ираiraly (C? Ral?), And the second is a little further away - to Olympos and Chavuskoy (Cavuskoy). So, the first one really leads to the beaches, and from where it’s 500 meters to the ancient city of Olympus along the shore (our option), and the second one leads to the parking lot and the official entrance to the ruins. Here more + maps: Olympos turkey how to get. 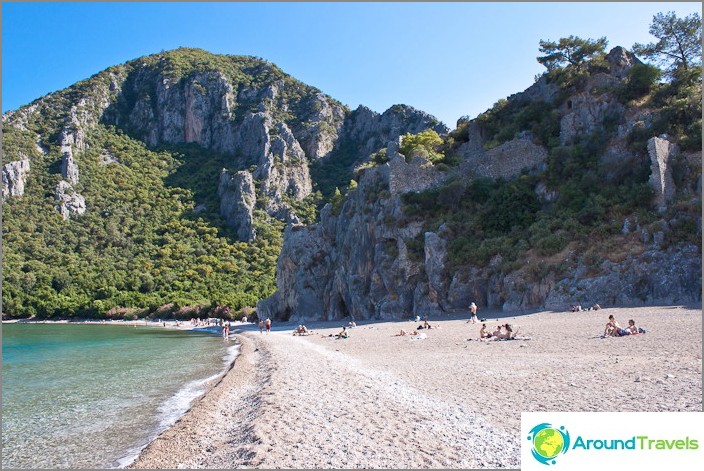 The beaches of Olympos. Chirali Turkey. 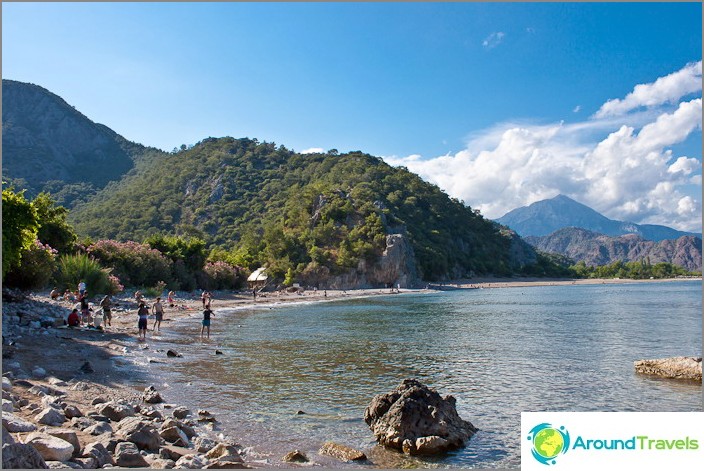 The mouth of the river Ulupinar. Olympos on the mountain.

Another clarification: the city of Olympos is located on both banks of the Ulupinar River, and the right bank is completely free to visit, although there is overgrown with vines, but there are paths. 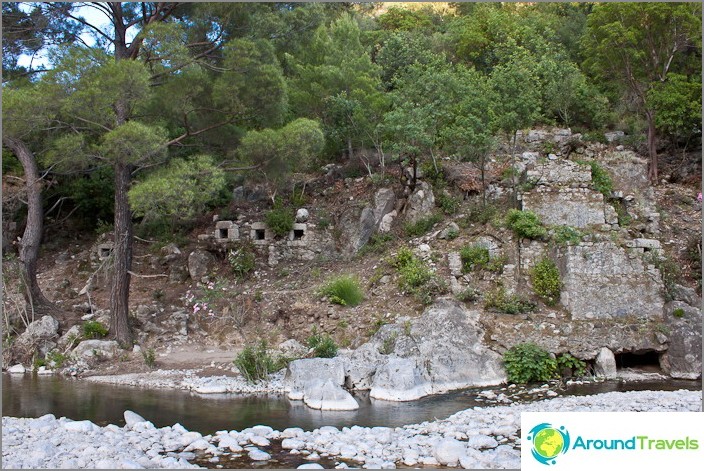 The city of Olympos on the right bank of the river Ulupinar. 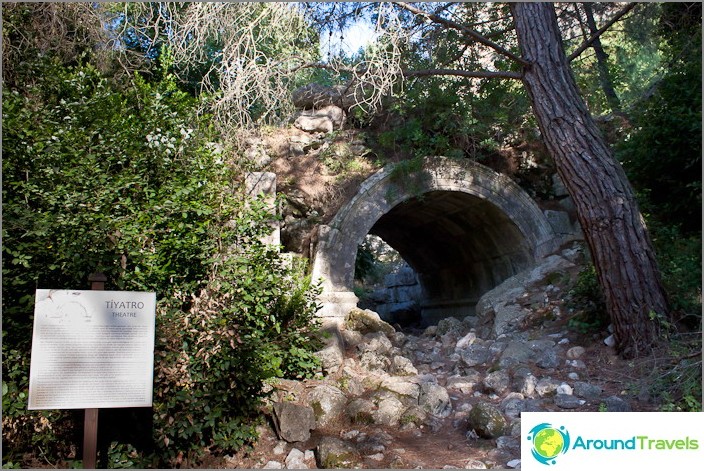 The city of Olympos on the right bank of the river Ulupinar.

From the right bank one can get to the left bank, in the places where the river has dried up, and where the toll booths are no longer visible. We did just that. 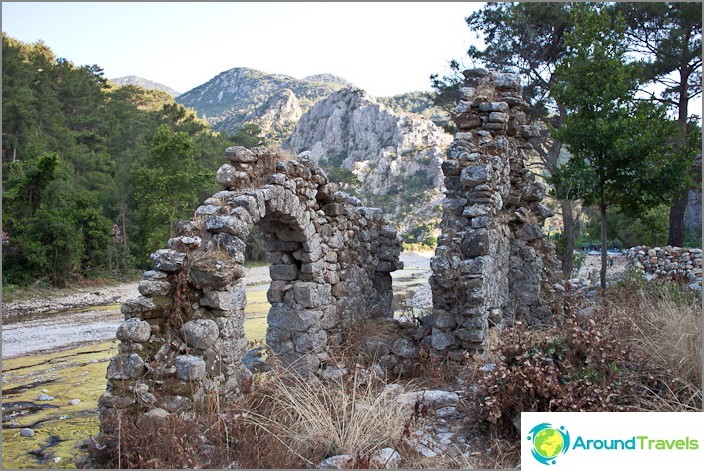 The city of Olympos on the left bank of the river Ulupinar. 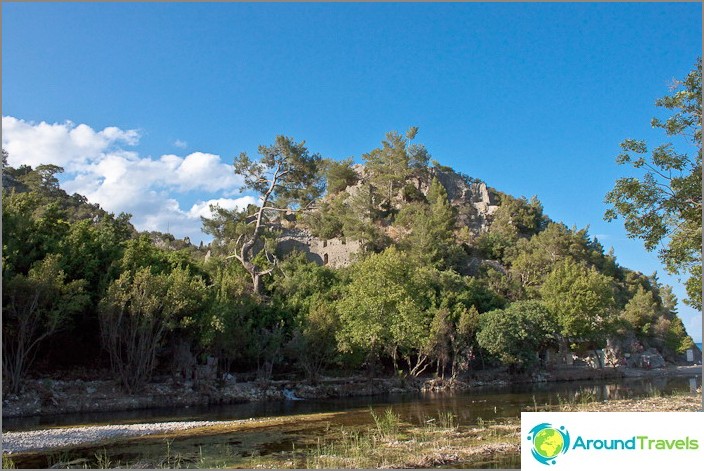 The city of Olympos on the left bank of the river Ulupinar.

On the shore, where the river Ulupinar flows into the sea,There is a dilapidated fortress, with a beautiful view of the bay. There was a dumb question as to why people left this city so well located. Why did not modern villages grow on its basis ... 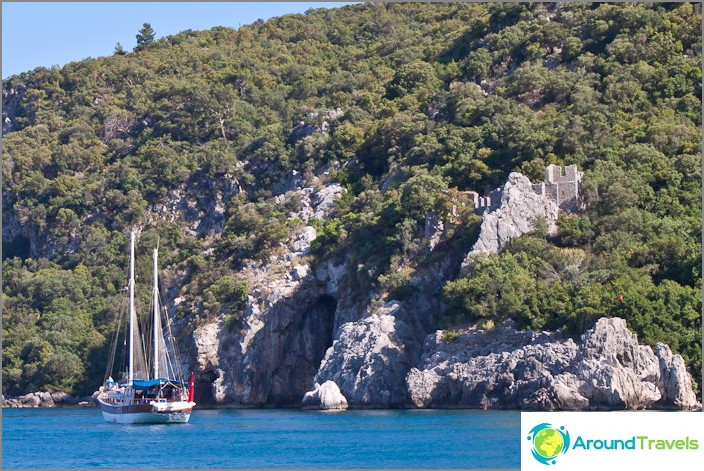 Fortress in the Bay of Olympos. 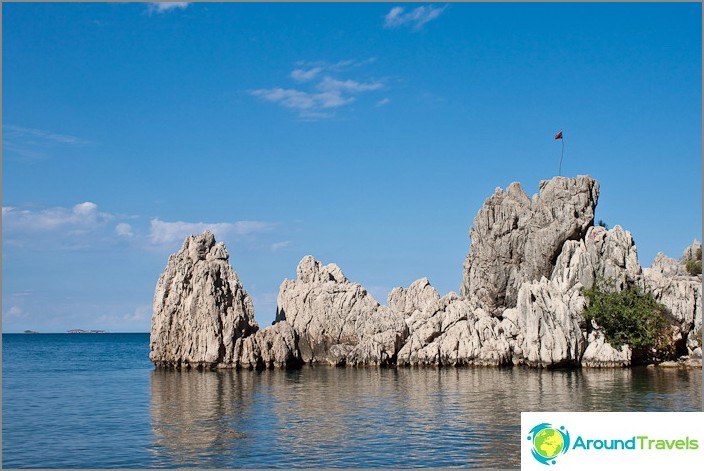 Next to the fortress and the city of Olympus. 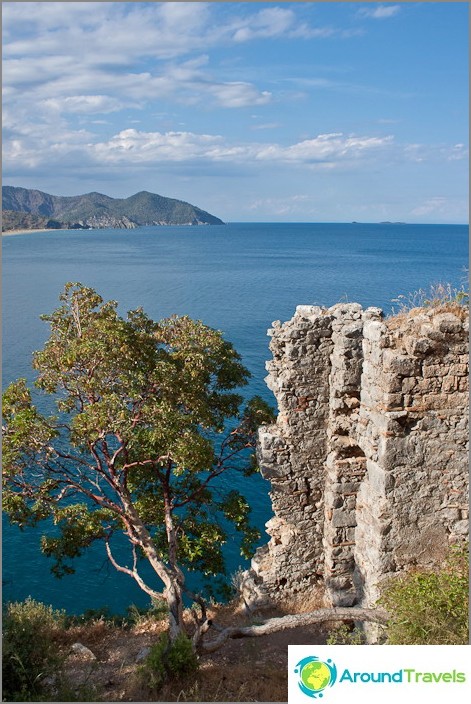 View from the fortress on the sea. 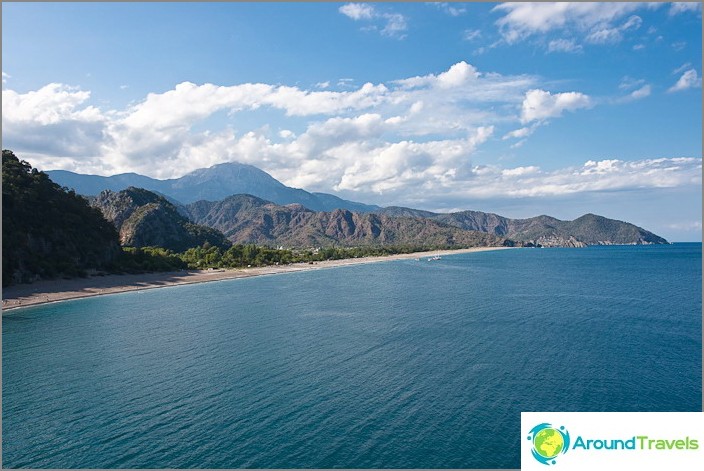 Cirali coast. The beaches of Olympos. 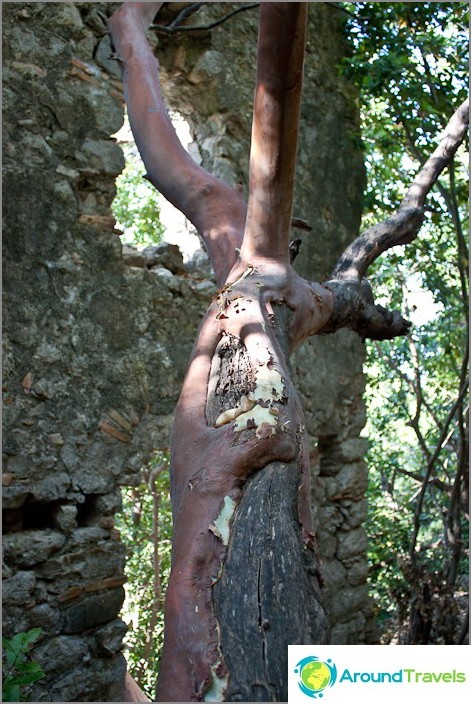 Strange tree in the ruins of a fortress.

Next to the ruins of Olympos there are mini hotels inrustic style - wooden houses, as well as huts on stilts. But it is difficult to penetrate Russians with such a flavor, every second has the same barn in his native village. 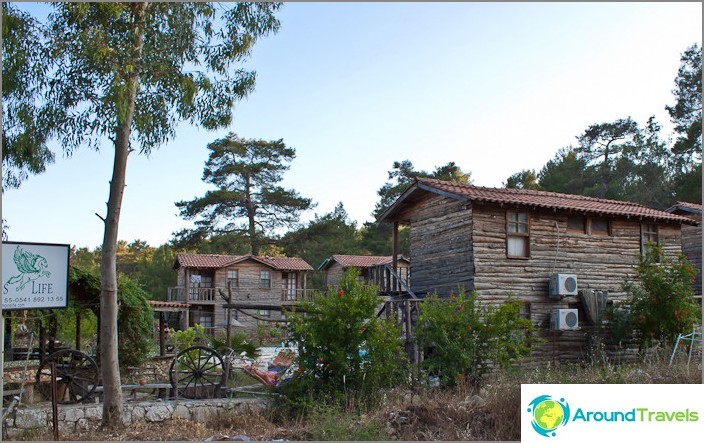 Hotels with a rustic flavor.

There is a mountain near Olympus.Chimaera (Chimaera). It is necessary to go to it from Cirali, that is, to go, turning at the first turn to the beaches of Olympos. It is notable for the fact that natural gas comes out of the bowels of the mountain, which spontaneously ignites. The whole mountain in a kind of eternal lights. They advise you to go there at night, so that you can see better, you can not take a burner for cooking.

On the way back, our first hitchhiking took place and drove us straight to the hotel. How do you like this hospitality? The most fun that we were driving with the Turks, and listening to music in the car Russian. In what happens! 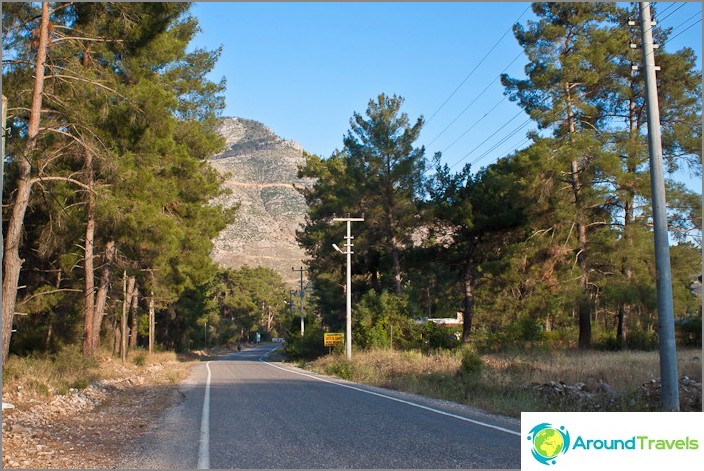 The road to the ruins of Olympus.

Olympos (Turkey) and Cirali, how to get, map