Bang Por Beach is located in the northern part of the island, between the bay beach Tong Plu (Thong Plu Bay) and the beach Ban Tai (Ban Thai). The length of Bang Po is about 3 km, stretching from east to west between the coastline and the Ring Road. In the west, the road runs literally 30-50 meters from the sea, and near a small mountain in the middle of Bang Po, the road leaves from the water further up to 200 meters.

The width of the beach is about 20 meters and almostvaries throughout its length, as the angle of inclination to the water. There are two plots with washed ground, where the channels of two drainage channels enter the sea, which are empty during the dry season, and during the rains they turn into rivers and wash the beaches with sewage. In these places on the beach formed shallows.

Covered by coarse yellow sand, Bang Po hasin some places, stony and sometimes muddy, shallow seabed, which will not be able to walk barefoot and with a pleasant smile on his face. Only special shoes and a distance of 50-10 meters from the shore to enter the water to the waist

Despite the fact that the sea on Bang Po is not the mostcomfortable in terms of swimming, a large number of hotels and resorts are built near the beach, the owners of which maintain cleanliness and order in front of their territories. There are several empty, not built-up areas, in front of which the beach has a pristine view, and deposits of debris in the surf. But in general, Bang Po leaves a pleasant impression of well-groomed and civilized.

There are no grand hotels on the beach, dense buildings create the impression of closeness, the sea to the amateur - all this favors the small number of vacationers on the shore.

At low tide, the sea goes a dozen from the coastmeters, coral thickets and shallow waters along the Bang Po beach stretch for 150-200 meters. When entering the water, small stones fall under your feet, and the viscous bottom interferes. There are boulders so large that they can be seen even a hundred meters from the coast (on the left side of the beach, on the right there is no such thing).

On the left side of the beach in the water, in the surf, dangling brown suspension and black spots on the bottom.

The best time for swimming on Bang Po,especially for children, it is the morning hours, when the ebb has not yet begun, and the sea covers the very 10 m of the sandy beach. Waves on a regular basis are absent here, and appear only during bad weather and strong winds.

It is worth noting that in the fall and winter the water is much more, and during this period the beach is getting better: it is a little deeper, it is 10-20 metrots further to the coral strip.

Beach equipment for recreation is presented in the form of sun loungers, located on the private territory of hotels, sometimes on a public beach. Sun beds and beach umbrellas are not available.

But there is a large number of palm trees and deciduous trees, which allow you to safely organize your leisure time on the beach, doing just one straw mat. 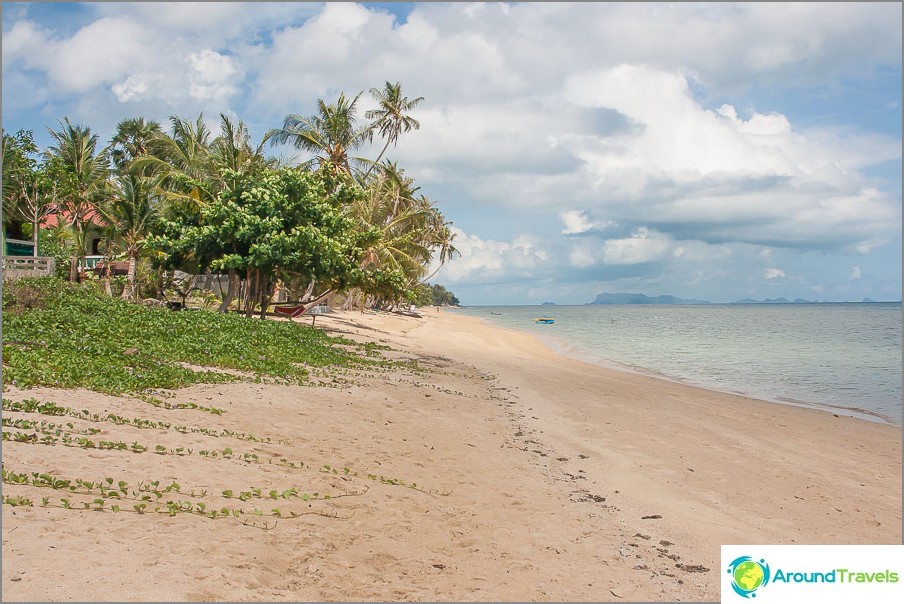 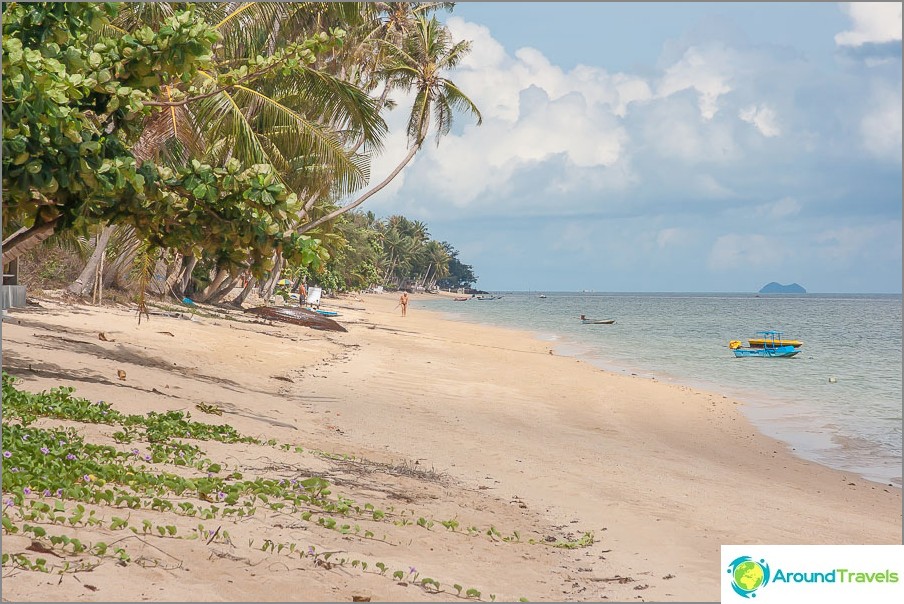 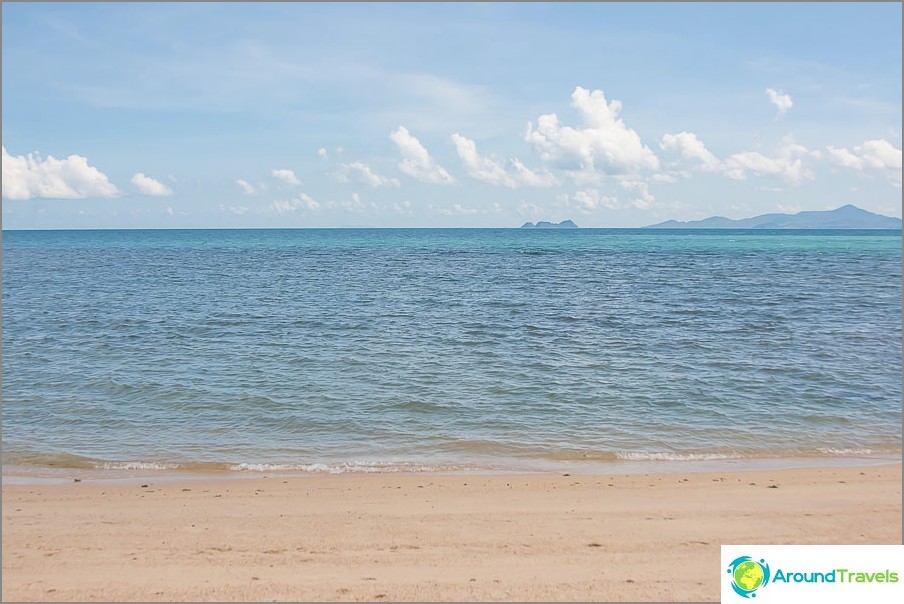 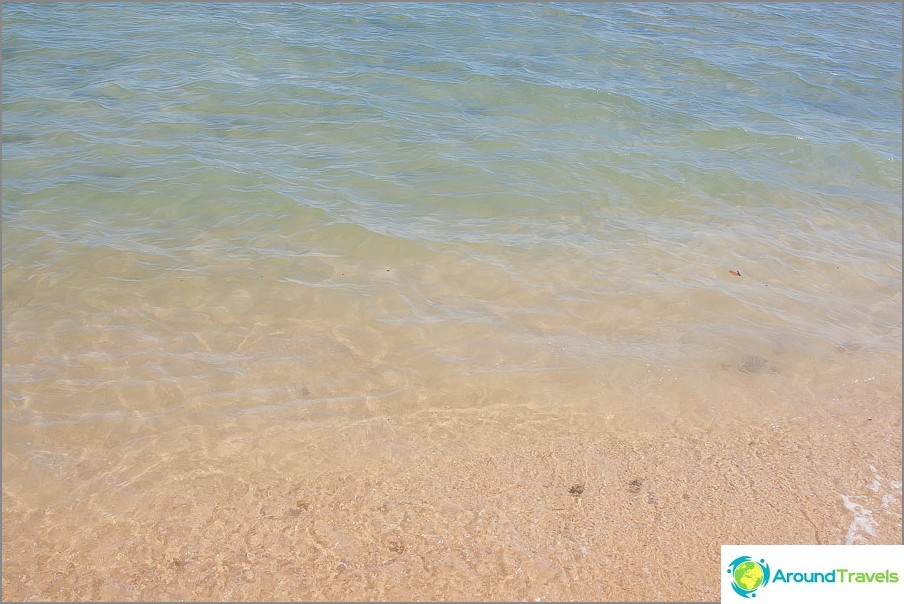 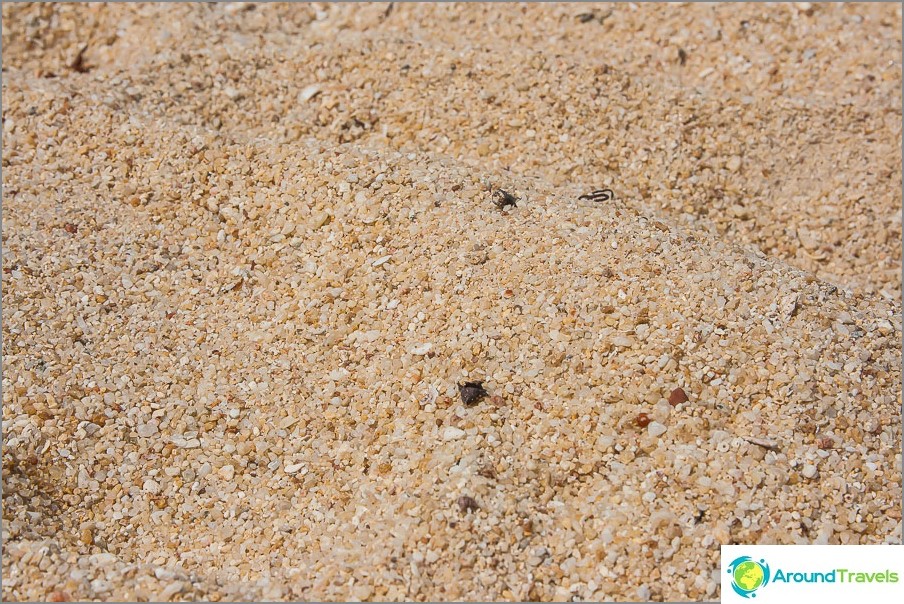 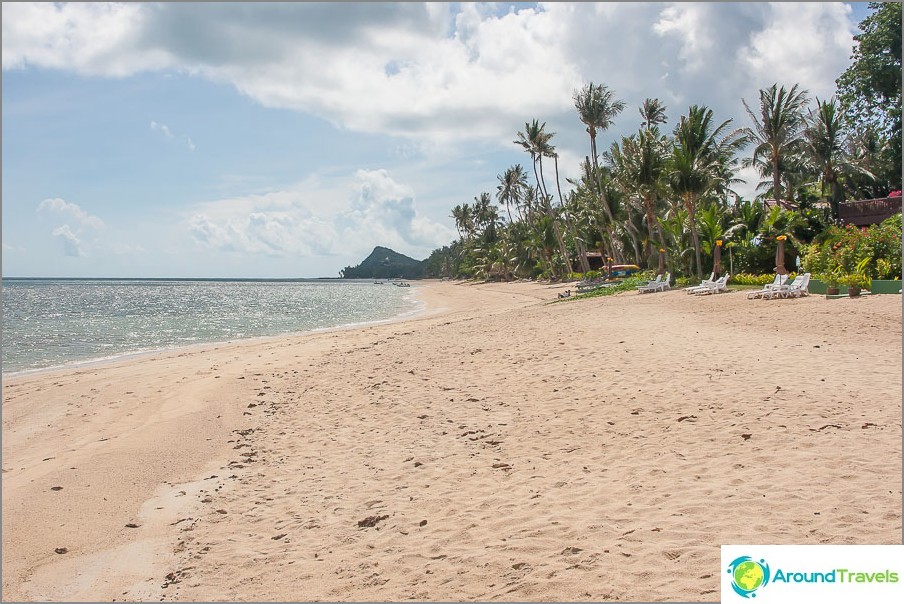 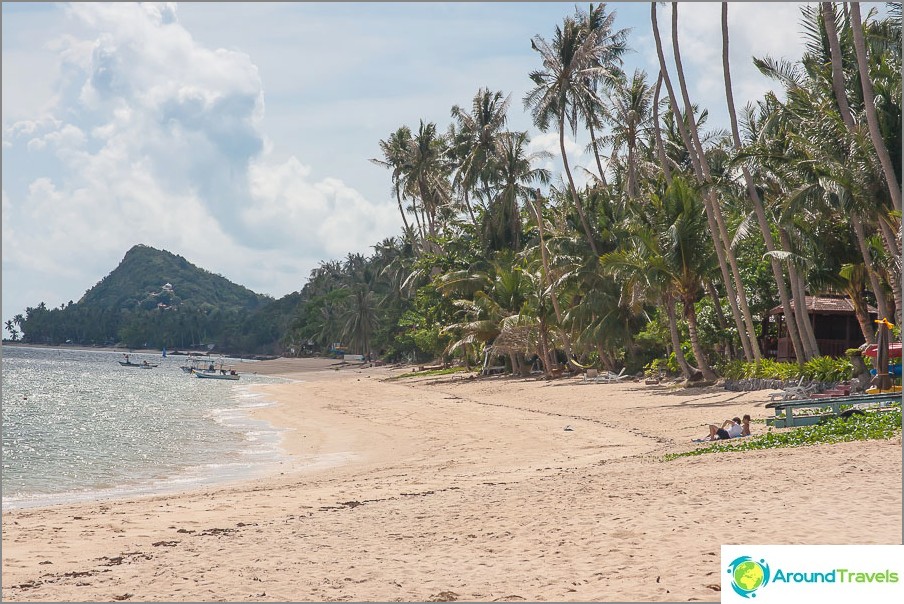 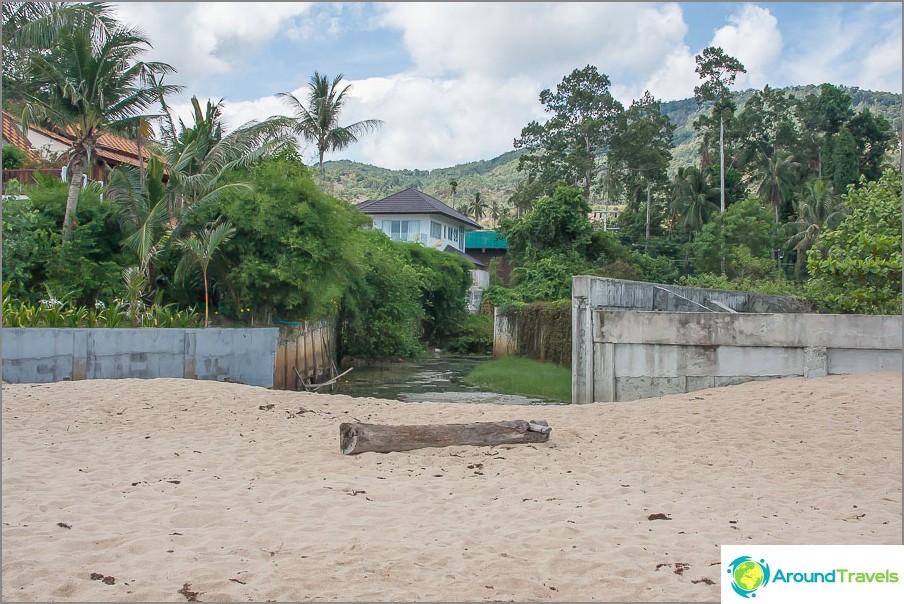 Because of its shallow water and lack of humanity, Bang PoI did not get the beach entertainment type of rental jet skis, water bananas and inflatable castles. Mostly come across massage houses and kayak rentals, but the main thing available at Bang Po is a beach “dolce farne nienien”. The location of Bang Po between the most popular northern beach of Koh Samui - Mae Nam, and the very hermit Tong Plu, formed a liquid infrastructure around the beach.

Along the road you can find a couple of convenience stores,many Thai cafes and cafes, a number of restaurants with sea views, several laundries, bottle-dressings, in general - the minimum set for such a beach. Bang Po is attractive because away from the island’s main life, it has not become a sleepy realm of Taling ngamabut life in it does not hit the key. Maenam in this regard will be more active.

Hypermarkets are located half an hour toPiers Lompray and Citran Ferry about 15 minutes by car. It takes about forty minutes to go to the airport, provided that there is no accident on the route. The traffic on the Ring Road along Bang Po is quite intensive, and the cars rush at a higher speed than on Maenam.

Nearest sights to the beach: 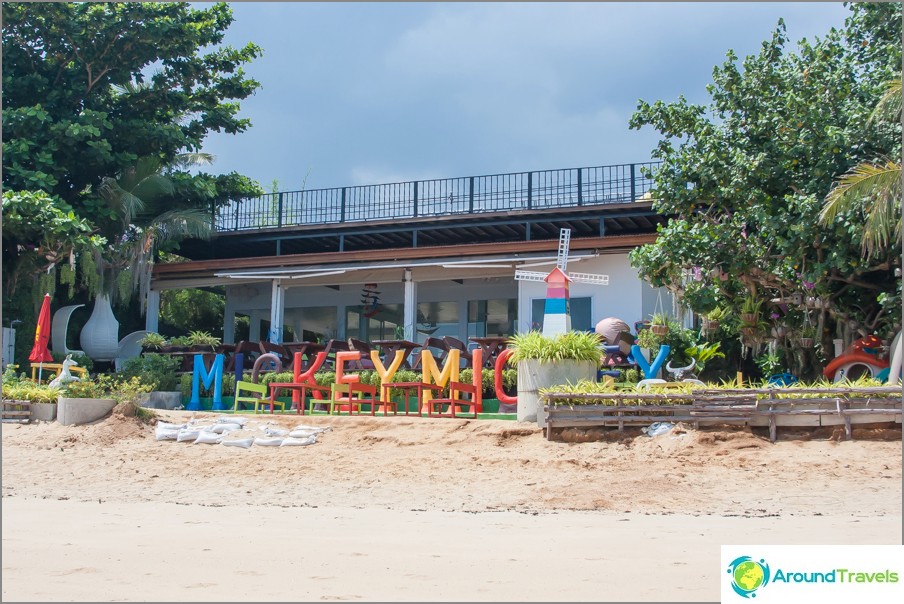 Beachfront development along Bang Po is enoughdense, especially in the eastern half of the beach, after turning the road. If in the west along the water there are single buildings-restaurants, then the east is occupied with full-fledged resorts with 10-15 houses in the territory closed from prying eyes.

The main choice of houses begins for RingDear, and the price range is significant. And if you are an unassuming person, the lack of a pool and green territory does not bother you, then you can easily find a one-bedroom house without repair, with internet and 5 baht per unit of electricity, costing 7,000 baht per month.

Although the choice is not very rich, nevertheless, hotels near Bang Po can be found for every taste and budget, from the luxury chic Four Seasons Resort

All these are hotels with accommodation in bungalows or detached houses. Panalee Resort Koh Samui

This is an example of a hotel with a building of several floors, with pleasant interiors and green territory.

Sea seainess is the same for all of it.stretching, so if you don’t have any idea where to get to the beach, go to the middle of it, where there is a large wasteland where you can get close to the water by car.

In general, access to the beach is possible anywhere, including resort areas. 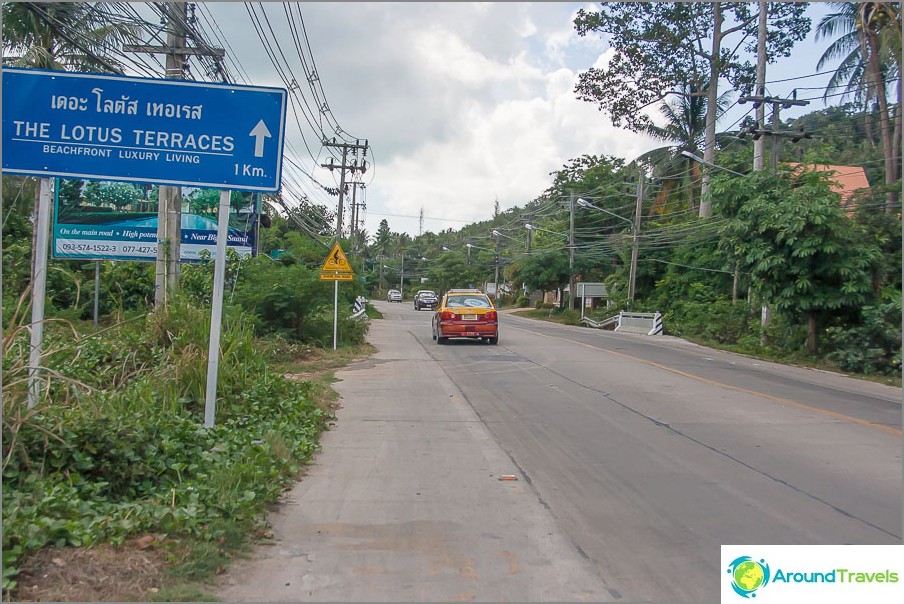 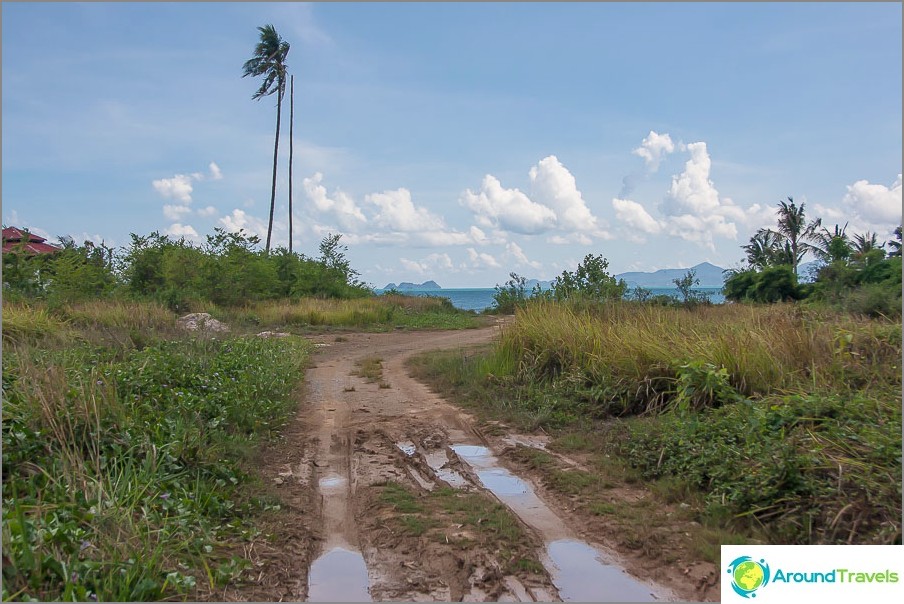 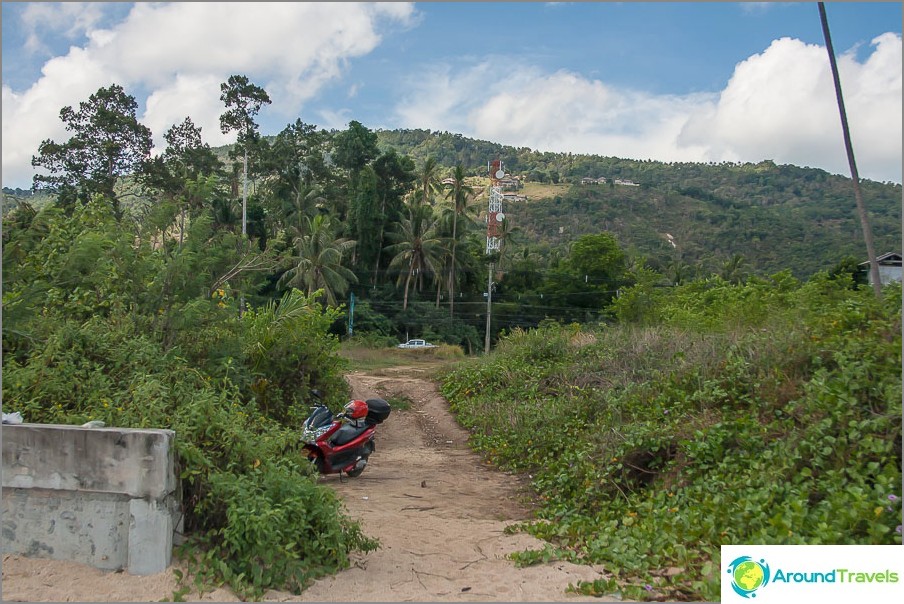 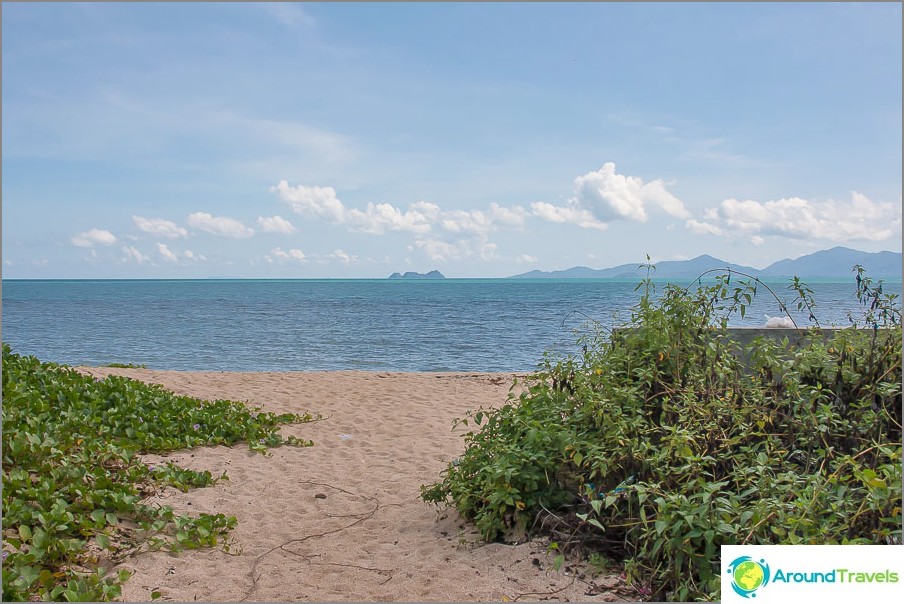