Pedestrian bridge Sarasin not the most interestingsight on Phuket, I would even say that not everyone will rank it at all as a category of sights. Rather, you can come here just for the sake of a walk (which is what the locals do), and not for the sake of new experiences. On the bridge you can meet fishermen, families with children, couples in love, take a selfie.

The bridge was built in 1967 and it became for longyears of a link between the island and the land. In 2011, they built a new bridge (Thepkasattri), since the old one could no longer cope with the modern flow of cars. If you were in Phuket, you know what kind of traffic jams are there now on the main road. So Sarasin decided not to demolish and make it a pedestrian. I am generally impressed by the feature of Thais to make sights from scratch. There is always something to see, even if it is something simple. True, they say that local suicides chose this bridge, however, I think this is the fate of all bridges.

I drove by car and bus many timesroad bridge and every time I saw the observation platform Sarasin, where people walk. This time, I specially planned to stop and stopped by to see, and how many can pass by. Sarasin is not a very wide bridge, tiled, and with lanterns on both sides. Two levels, in the center is a viewing platform between the two towers. On land are makashnitsy, cafe and shops. That's all. It’s impossible to see much from the viewpoint, because it’s not very high: the nearest shore, the Phang Ha Bay, and access to the Adaman Sea. 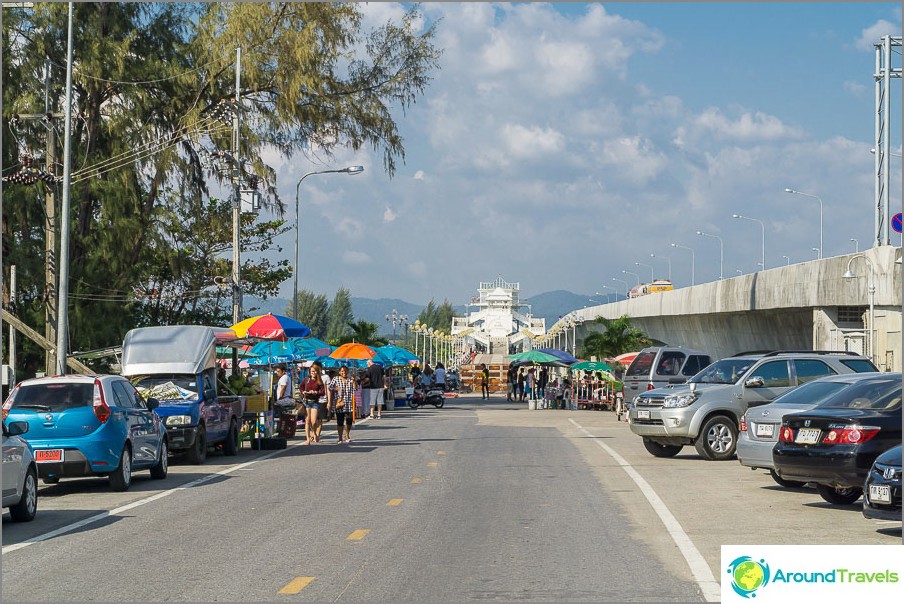 Parking right in front of the Sarasin bridge 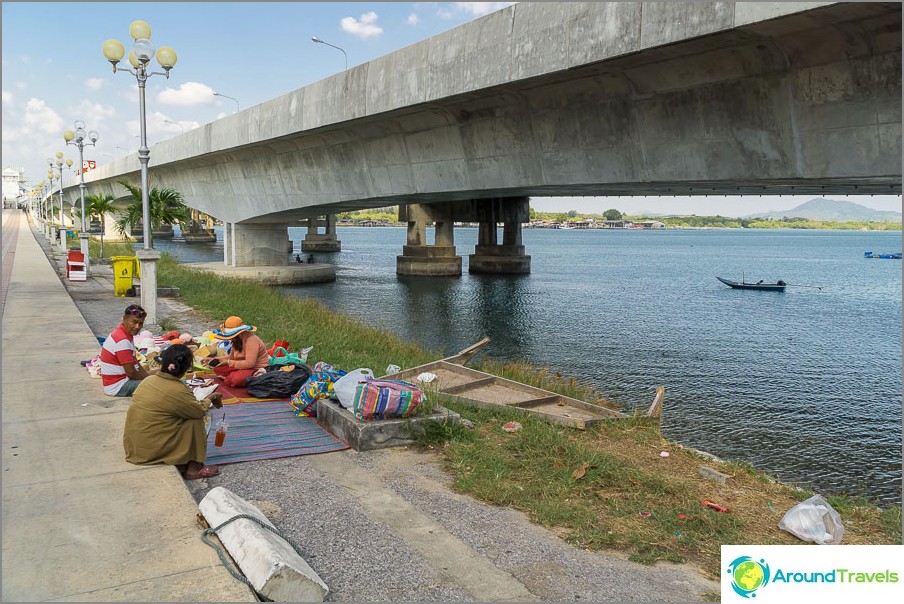 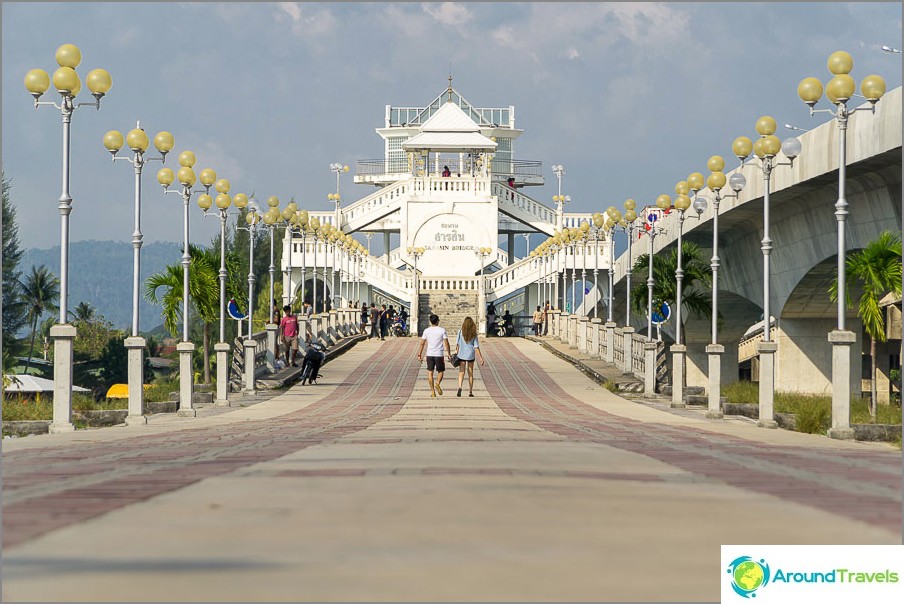 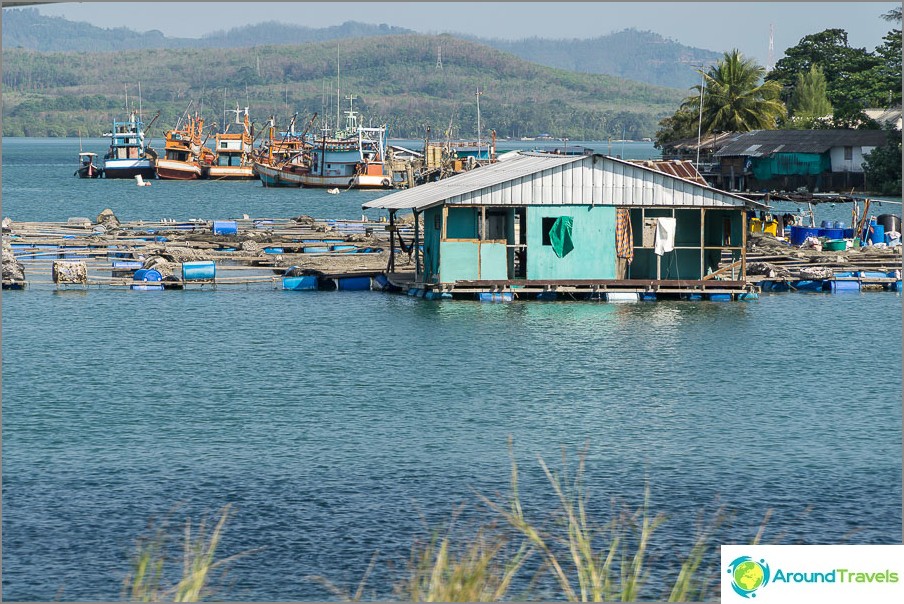 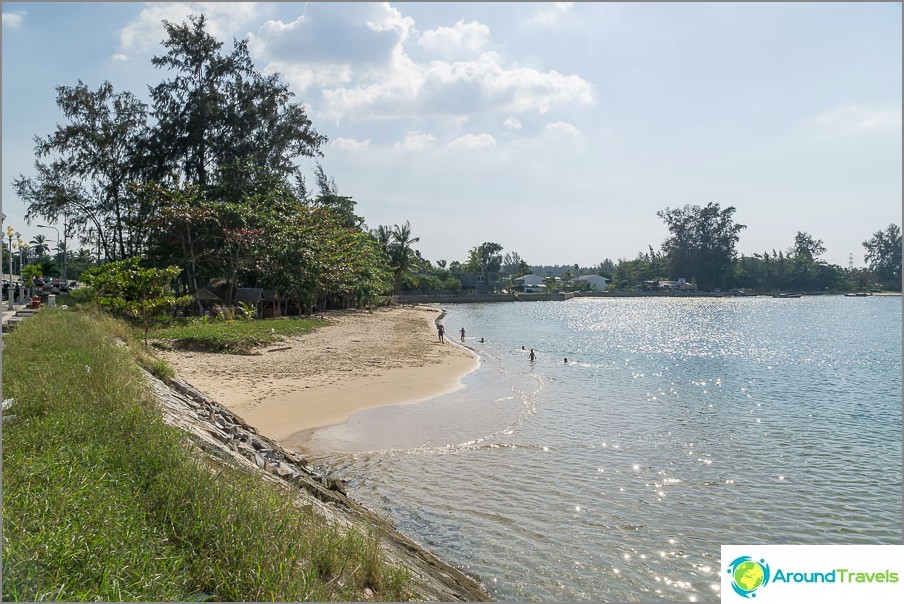 Here, even someone bathes (on the side of Phuket) 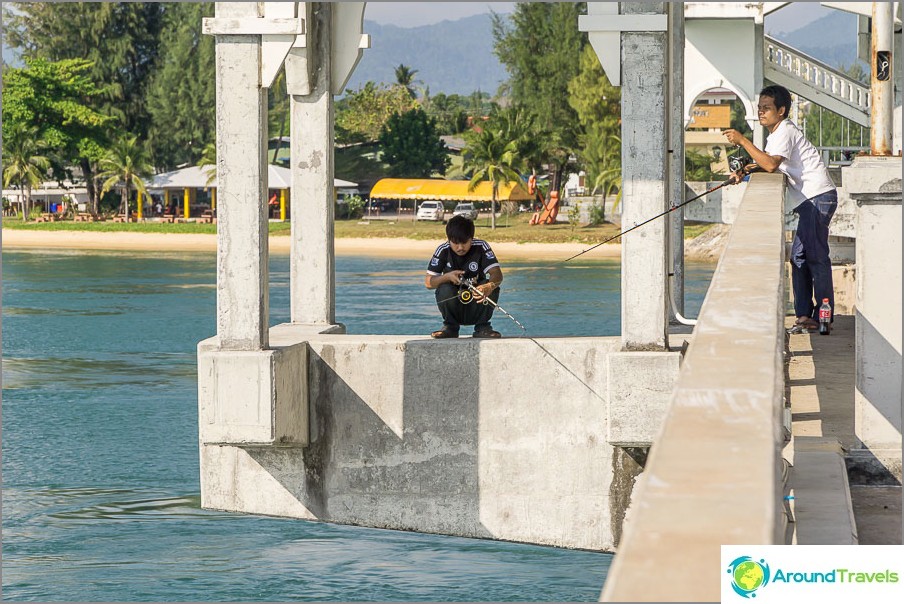 Fishermen around the bridge 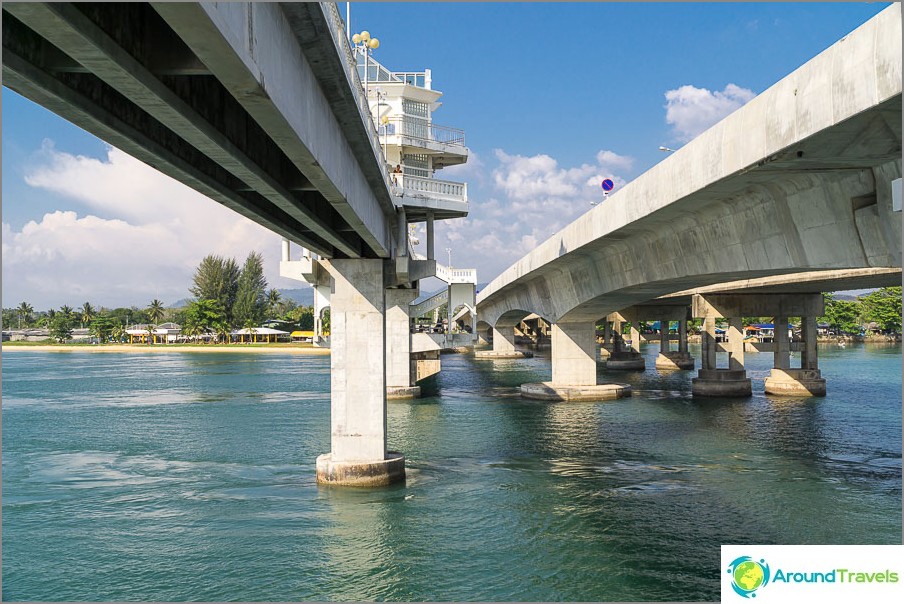 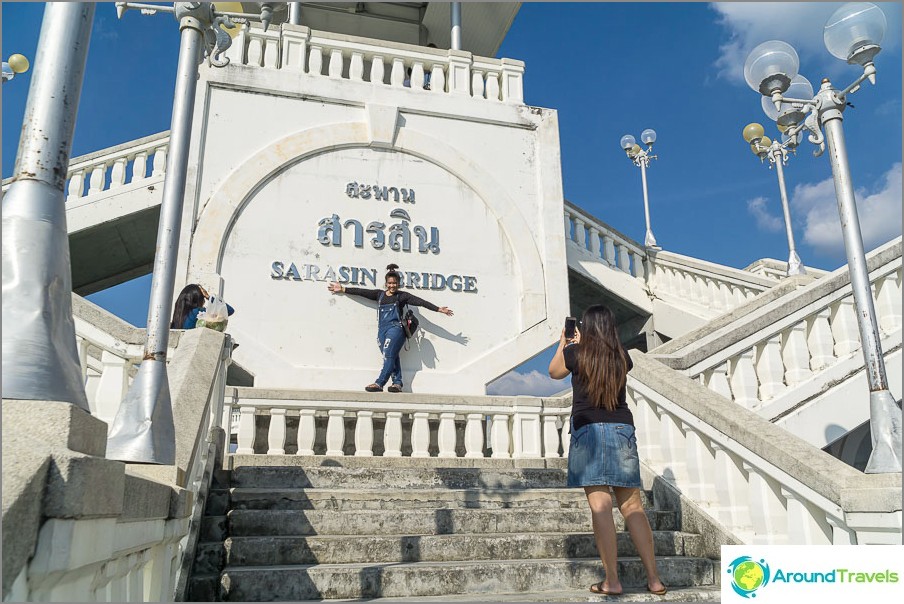 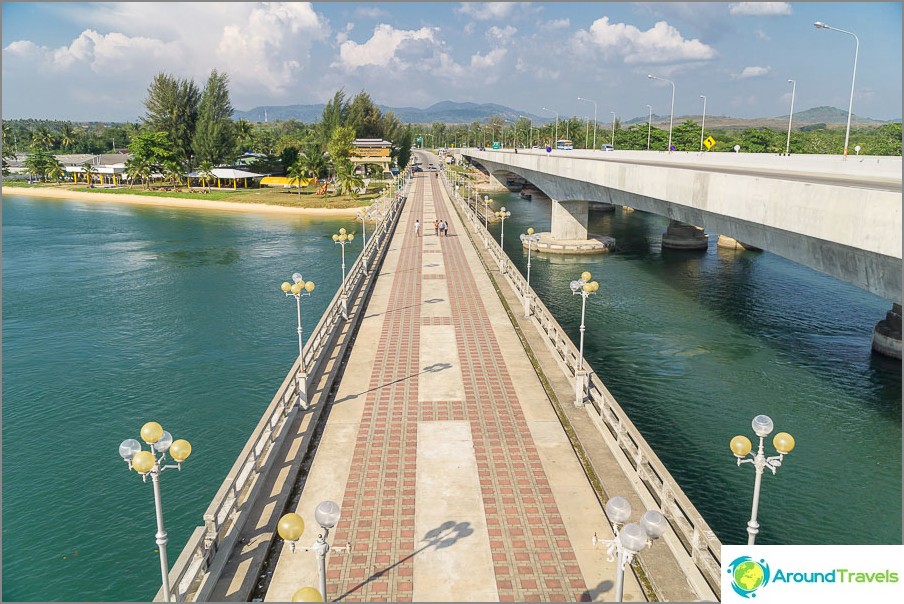 View of the mainland 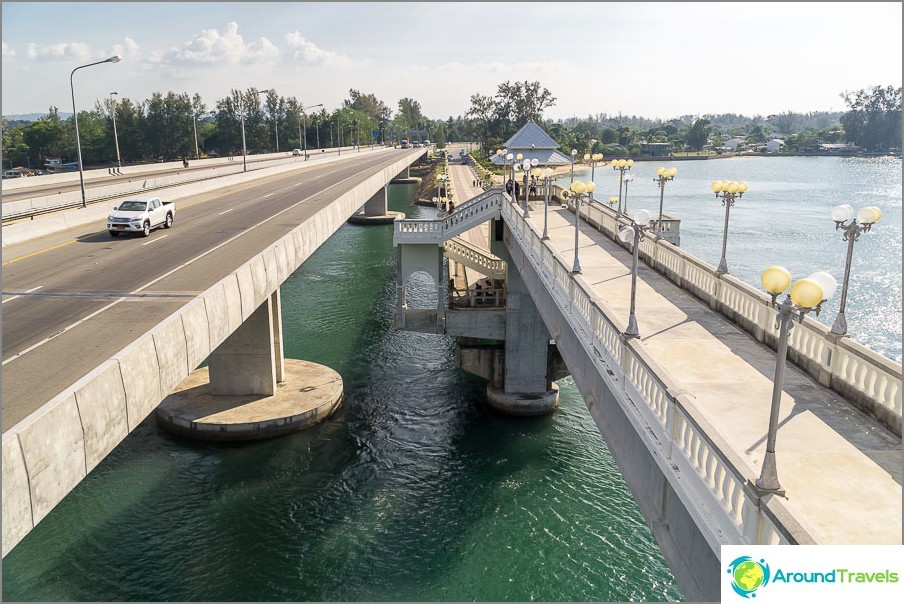 If you go from Phuket, you need timemove off the main road into the left pocket, even before the road bridge begins. On the map it is clearly visible. From the mainland, if you go, you should immediately turn left after crossing the bridge and turn around under the bridge. Immediately after the turn will be parking.

Pedestrian Bridge Sarasin (Old Walking Bridge)
The old bridge from Phuket to dry land was turned into a pleasure bridge after the construction of a new one. Not a bad place for walking. Point stands where parking is.
Read more 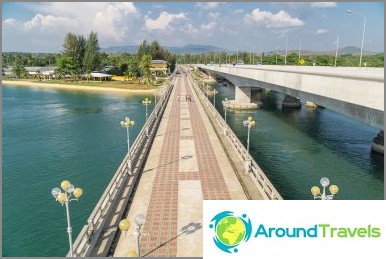 The old bridge from Phuket to dry land was turned into a pleasure bridge after the construction of a new one. Not a bad place for walking. The point is where the parking is. Read more

Awesome places in Thailand for 4 days ...