Home>New articles>St. Ludmila Church in Prague - a cozy square in the city center

St. Ludmila Church in Prague - a cozy square in the city center

The Church of St. Ludmila in Prague is a place where there is nothing superfluous. The Peace Square, over which the church dominates with its height, is decorated in the middle with a neat park.

In the center of the park there is a small square. It is used by merchants in every beautiful case, for example, on Christmas or Easter. And around the church, along the perimeter of the Peace Square, there are parking pockets, several good cafes and cafeterias.

Church of St. Ludmila in Prague

And nothing more. No capital buildings, no famous monuments, nothing that would attract crowds of tourists here. The lack of people is the first thing that catches your eye here. Beer Museum does not count. Its visitors do not have the bad habit of examining neo-gothic basilicas and admiring the richness of the interiors that the best masters of the Czech Republic worked on at that time.

The temple was built on modern (in 1884)technologies. All the elements characteristic of Gothic (ribs, arc-butans and buttresses with pinnacles) were used purely for decorative purposes. By the way, google what all these words mean, then you will be able to show off your erudition in front of your companions during the inspection. Yes, and it is also very useful to know if you are going to Prague. 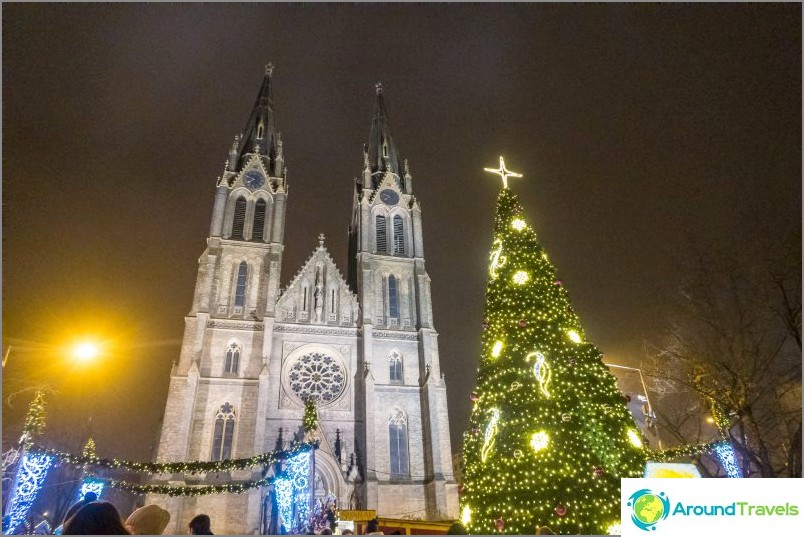 Church of St. Ludmila in Prague 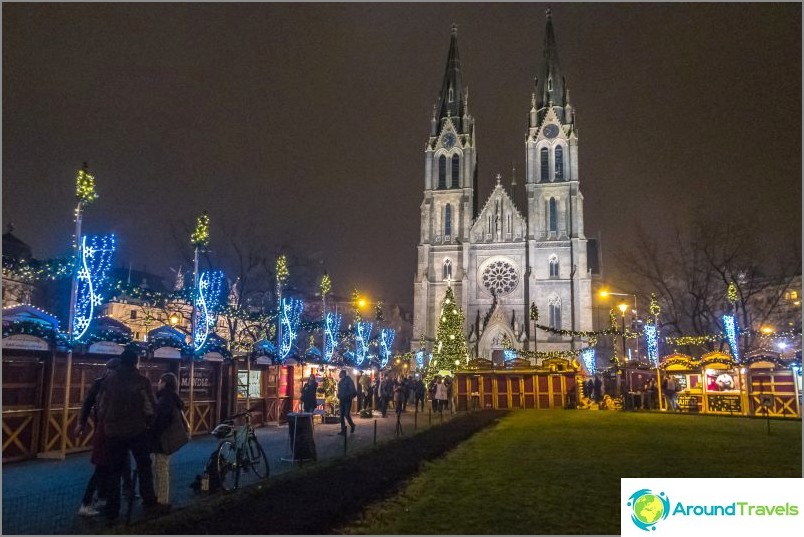 The church is dedicated to the first Czech martyr forChristian faith, Lyudmila, but I will write about it in a little more detail in the section below. From personal impressions: a very beautiful church. Quiet district, neat, green, uncrowded, with benches and free Wi-Fi. Very close to the square there are public transport stops, including the metro.

In general, it is very cozy, peacefulthe atmosphere of the old church in the center of a large city. Looking for a place to hide from the crowd and be alone with yourself and old Prague? The temple of St. Ludmila is suitable for this completely. Even on Christmas Eve, when the Christmas Fair takes place on the square, there is no crowd here. 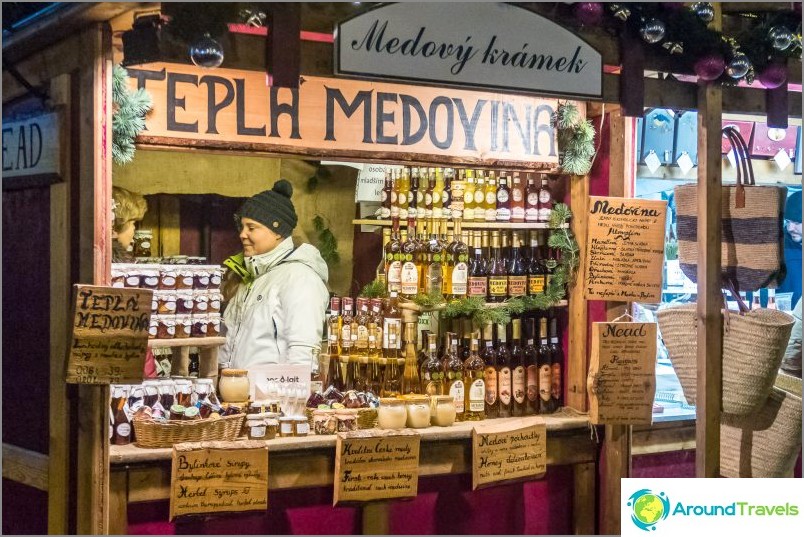 Lyudmila was the wife of the first Christian princeCzech Republic. Prince Borzhivoy died, the principality went to his eldest son. The eldest gave his soul to God in the year 915, and the second son of Borzhivoy, Vratislav, came to power for him. Vratislav married Dagomir, who was baptized, but worshiped pagan gods.

These two sons were born. Wenceslas, whom Lyudmila (being his grandmother) took care of and raised in the spirit of Christianity. And Boleslav, whom Dagomir raised as a pagan. Vaclav according to seniority took over the board, but in fact Lyudmila was in charge of everything.

Despite the people's universal love for Lyudmila and hermanagement methods, Dagomir took a chance and ordered her son-in-law to two murderers. In 921, on the night of 15 to 16 September, Lyudmila was strangled with her own veil. Which later became a permanent symbol of her martyrdom for the faith, which is reflected in the images and sculpture.

Well, in general, since then (after canonization) Ludmila Bohemian is revered as the patroness of grandmothers. This is if very, very briefly retell the whole legend about this, apparently, a good man.

The entrance is free. But the temple was opened only during the services, I personally did not get inside, so the photo is just outside.

Church of St. Ludmila
Catholic church in neo-gothic style,which was built in 1888-1892. Dedicated to the wife of Czech Prince Borzhivoya I, who made a significant contribution to the development of Christianity and was strangled by pagans during her prayers.
Read more about the temple. 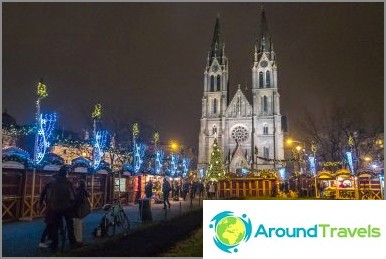 Catholic church in neo-gothic style,which was built in 1888-1892. Dedicated to the wife of Czech Prince Borzhivoya I, who made a significant contribution to the development of Christianity and was strangled by pagans during her prayers. Read more about the temple.

How to make cheap calls to Russia from abroad ...