Home>New articles>The city of Cairo, the capital of Egypt - oriental flavor in all its glory.

The city of Cairo, the capital of Egypt - oriental flavor in all its glory.

I am very glad that I got to the city of Cairo. It did not work out on purpose, but on the way to the main goal of the excursion - ancient pyramids. As soon as we entered the city of Cairo, my jawdropped, and the finger began to nervously pull the shutter of the camera, taking a series of shots through the glass of the bus. I had to pull myself together, the flash drive is not a rubber one.

For a Westerner who first came to Asia, this, I think, is quite a normal reaction. I saw in Cairo, finally what I wanted to see, and what I lacked in Sharm el sheikh, namely the eastern flavor, the atmosphereeastern city, then what it should be according to my ideas. Small and cramped streets, a lot of shops with various goods, glass skyscrapers and shabby bricks, bedouins in long robes and women in hijabs, old cars with Arabic inscriptions and donkey carts, mountains of garbage and gutters running through the city. There is no middle class, only the rich and the poor. 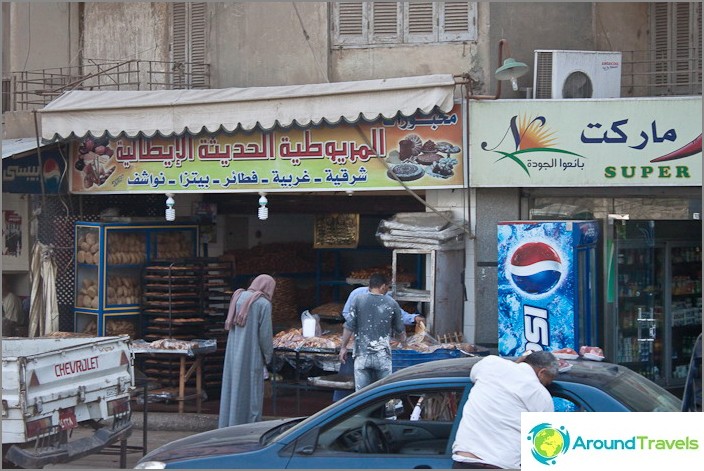 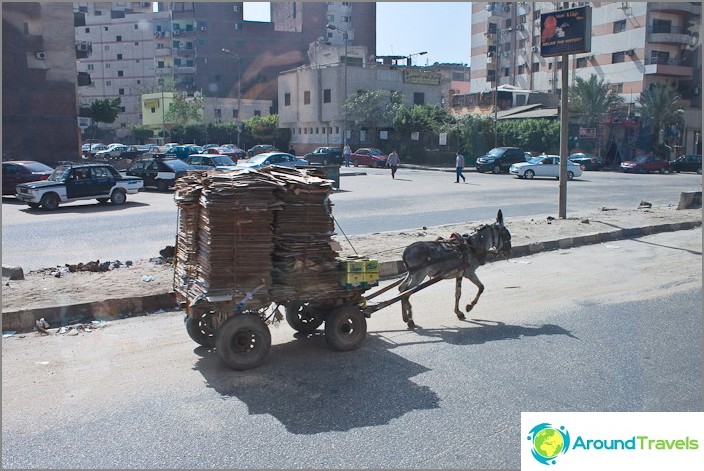 Egypt. Cairo. One of the vehicles. 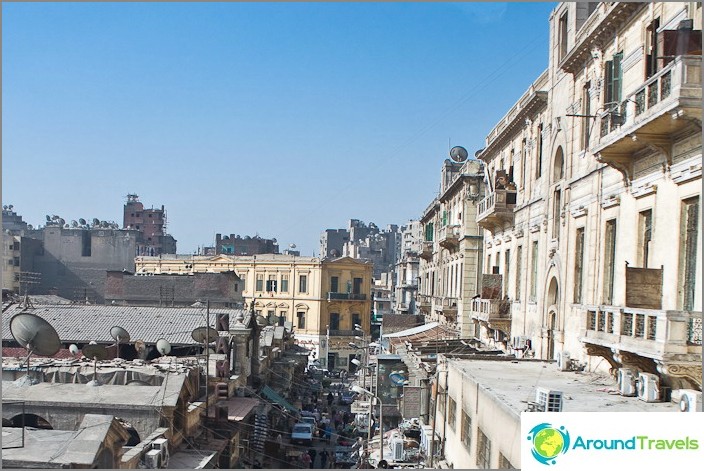 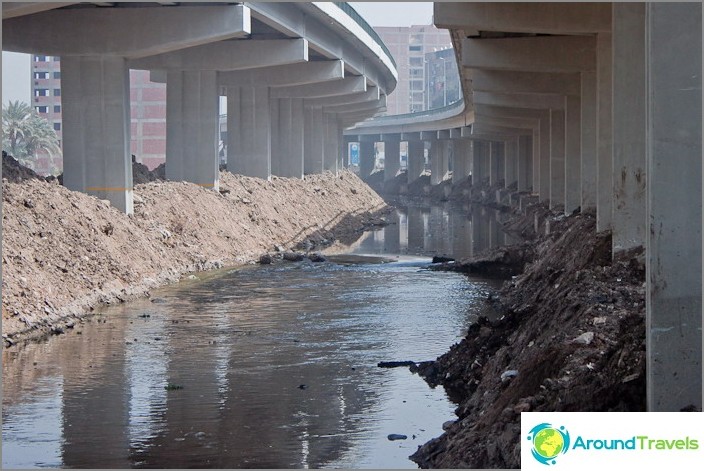 The city of Cairo - the capital of Egypt, is the mostbig city on the continent. Near it, in Giza, there are pyramids that attract tourists from all over the world. But in the city itself, too, there is something to see, although this requires more time than we did.

View from Cairo to the ancient pyramids.

In the city of Cairo, I finally saw whatAsia. Probably, if I went to India, the shock would have been even greater. Despite the fact that the city of Cairo is the 20 millionth megalopolis with all that it implies, I wanted to return here to soak up this atmosphere and understand how people live in this city of contrasts. 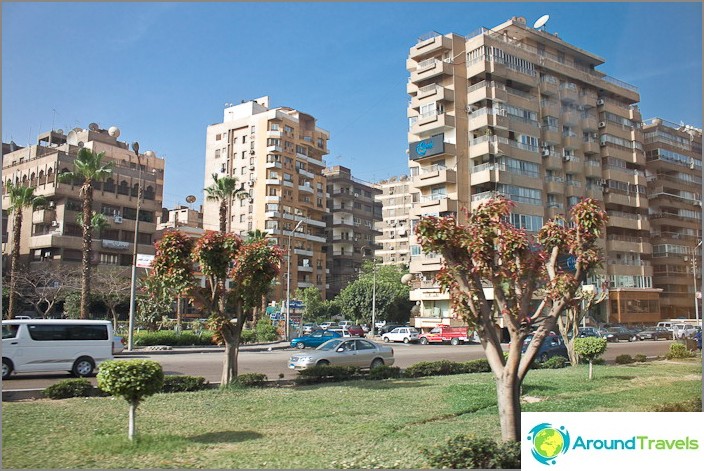 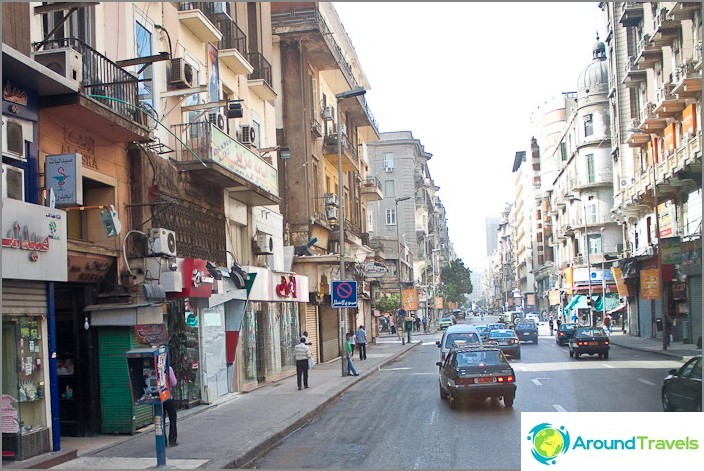 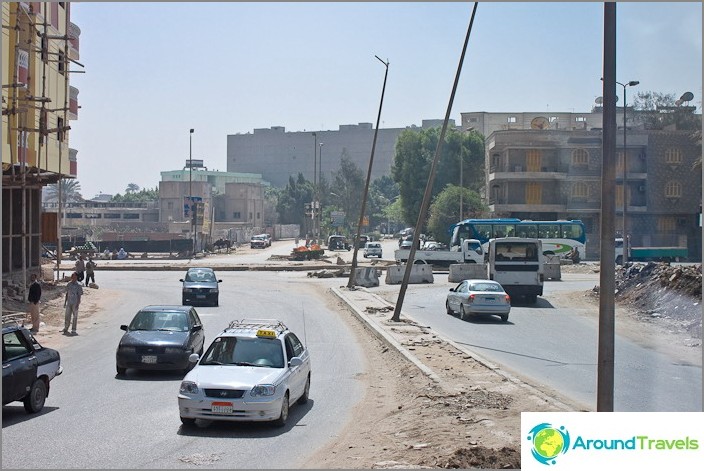 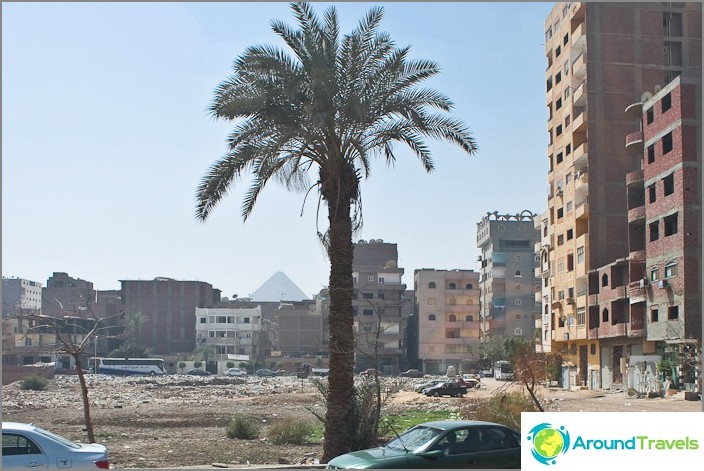 A lot of unfinished houses, you can saymost of the houses are not completed. And they explained to us why: the finished house is taxed, and so, there is no house - there is no tax. Probably, perpetual construction is common in Cairo because the Egyptians decided to live as a big family in the same house. And each next generation, after growing up and having a family, builds on a new floor. 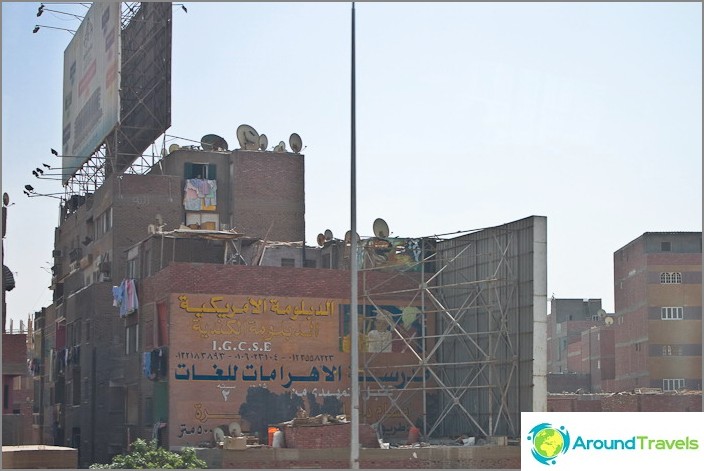 We drove into the Egyptian Museum Cairo,stared at the sarcophagi, the mummified carcasses of the pharaohs, all sorts of utensils and ornaments of those times. Everything that was in the pyramids is here now. We saw the famous mask of Tutankhamen and the sarcophagus, of pure gold and weighing 110 kg. We learned from our guide, who broadcasts in Russian distorted Russian, that Tutankhamen was a bad ruler, and became famous only because of his burial items made of gold. Maybe he had a complex, now everything is measured by wheelbarrows, then sarcophagi. You cannot take pictures inside, the photographic equipment is handed over to the storage room (they check things at the entrance). Someone fotkal on the phone, I did not fool around. The cost of the ticket when you visit $ 12. 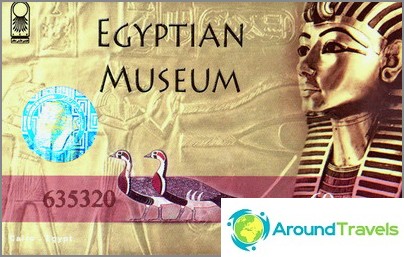 Ticket to the Cairo Egyptian Museum.

A short motor boat ride on the Nilethe city of Cairo was also interesting - you can see Cairo from a different angle. Along the river there are mini parks with palm trees and other trees with refined crowns adjacent to sewers and mountains of garbage. 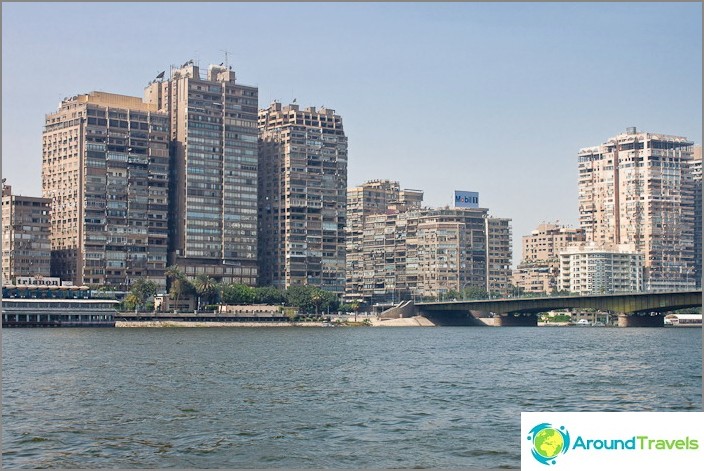 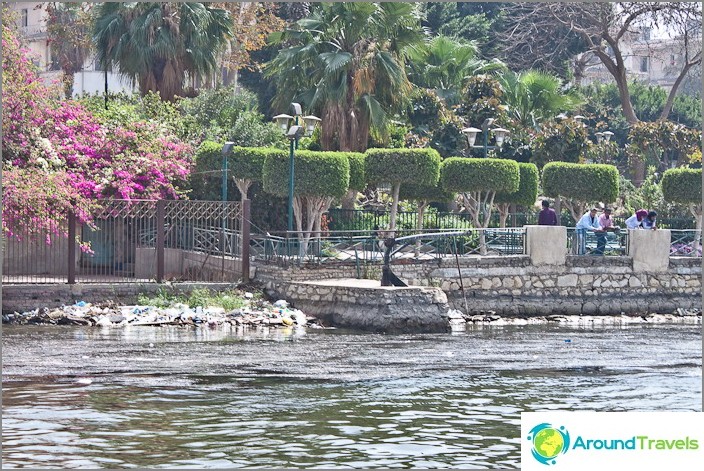 Egypt. Cairo. Park on the embankment of the Nile.

Some poor Arabs live on boats with their family and with their modest belongings, moving along the river and fishing. 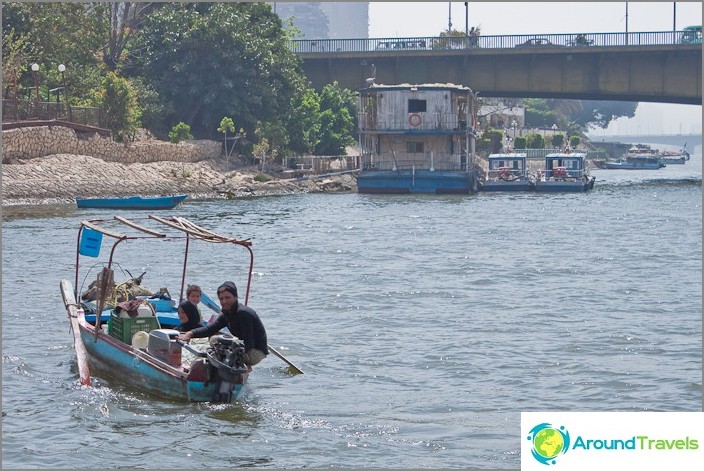 The apogee of the walk was lunch in a floating restaurant withchic buffet. I liked it very much fish, probably caught from the same Nile. Scary, but still kind of alive. It should be noted that the Nile River seemed to me cleaner than the Moskva River, which also flows through the metropolis.

Visiting the salon aromamasel in Cairo is veryboring event. Well, unless you are passionate about aromatherapy, and you know exactly what you need and what to buy. Since after the tasting of the 10th flavor the head starts to spin, the nose no longer distinguishes anything, and I just want to smile stupidly. After that, smiling tourists with burning eyes buy counterparts of French chanel or a miraculous Viagra for rubbing into causal places. 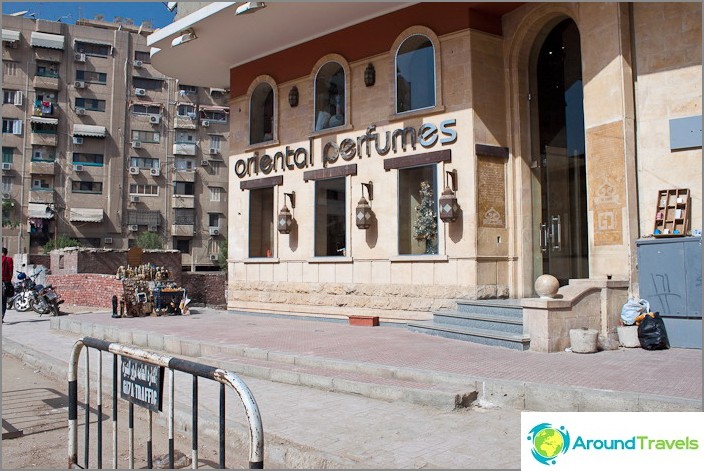 The papyrus factory is not a factory at all, but a shop where the quantity of pretty beautifully colored papyrus is represented, and where in a nutshell they explain how these napkins get. 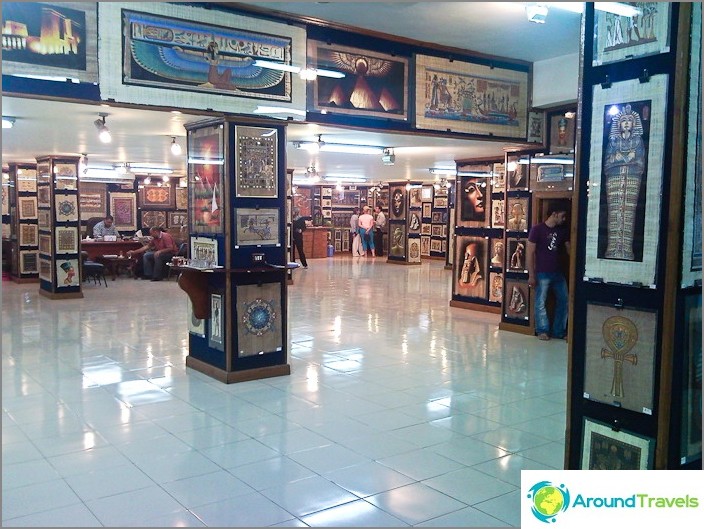 Before leaving the glorious eastern city of Cairo, we saw a horse carcass in a gutter. So Cairo told us goodbye. After that, we plunged into a sweet slumber under the measured rocking of the bus.

Some more photos of Cairo in a separate post: Cairo photos - a small selection of types of bus. And also an interesting place mountain of moses in egyptwhere we managed to slazit one of the nights.

Ancient pyramids of Egypt and the Great Sphinx - ...

Hiking as a lifestyle