John Lennon's wall is next to thetourist destination in Prague, near Charles Bridge. The place is unexpectedly popular with tourists, especially young people. There are always a lot of people here, and on the bridge they don’t run over like that, especially during the season. So much that it is difficult to come to take a photo, so you have to wait.

And yet what is surprising is that people do not turn around and do not leave, seeing such a crowd, but wait for each other for the sake of a selfie or a group photo.

This is a small wall about 30 meters long, onwhich many graffiti and portraits depicted Lennon. I didn’t particularly go into details, and didn’t try to read the inscriptions and pictures, but I managed to look at the faces of the images of other people and inscriptions not on the topic, like “beer” and other nonsense.

From here I concluded that writing on the WallLennon can be anything and anyone. True, for your inscription you will have to paint over the previous ones - every centimeter of the wall here is painted with previous generations of tourists and Czechs. 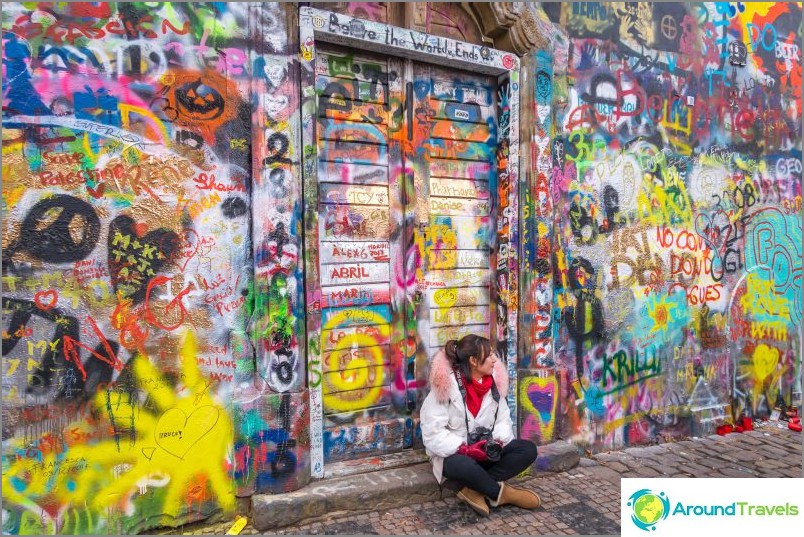 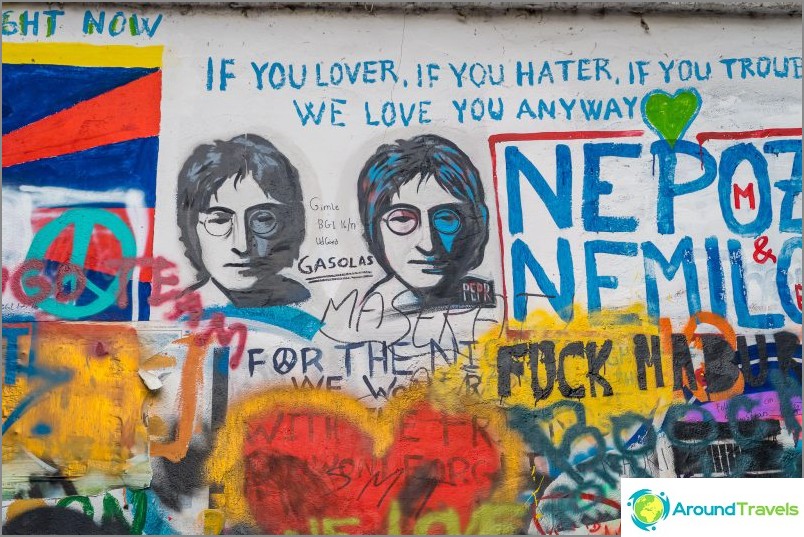 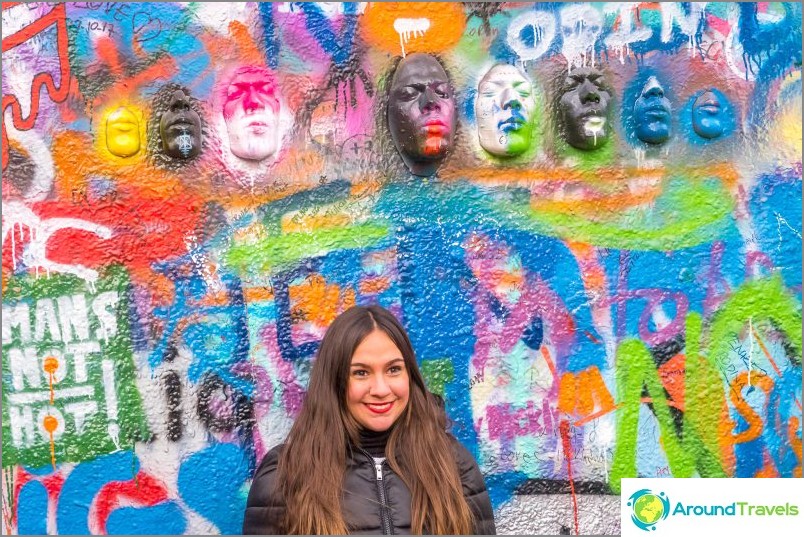 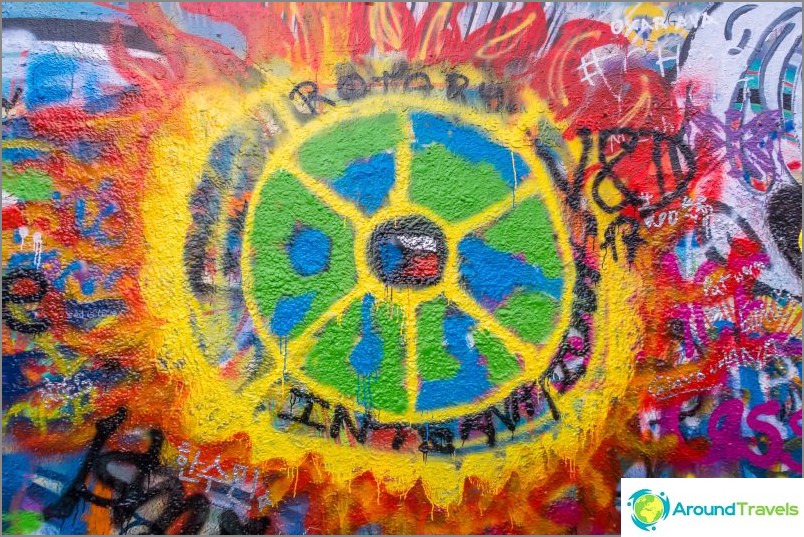 Next to the wall there is a small bridge LoversBridge, which is thrown over the Chertovka River, and on which couples in love traditionally hang locks. Immediately, on the shore, there is a pleasant cafe with a view of the river and Charles Bridge. In general, the attraction can be interesting to fans of the Beatles and Lennon, as it is considered a cult place of worship of the legendary performers. 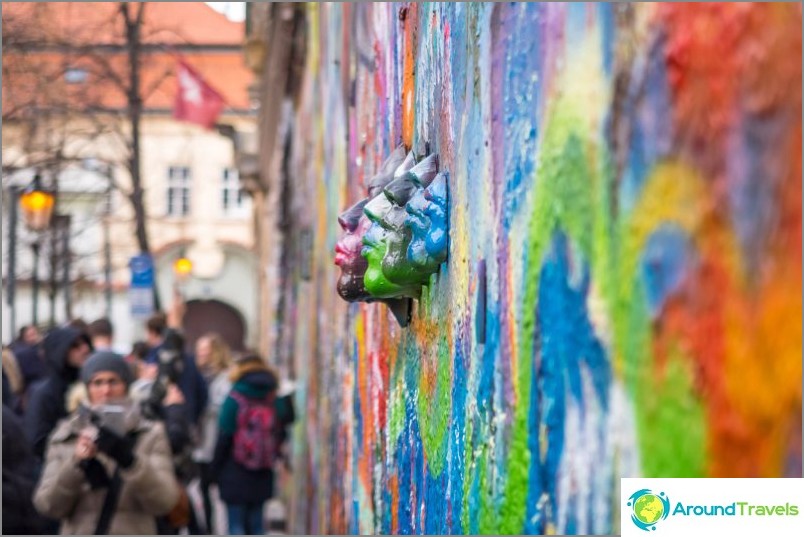 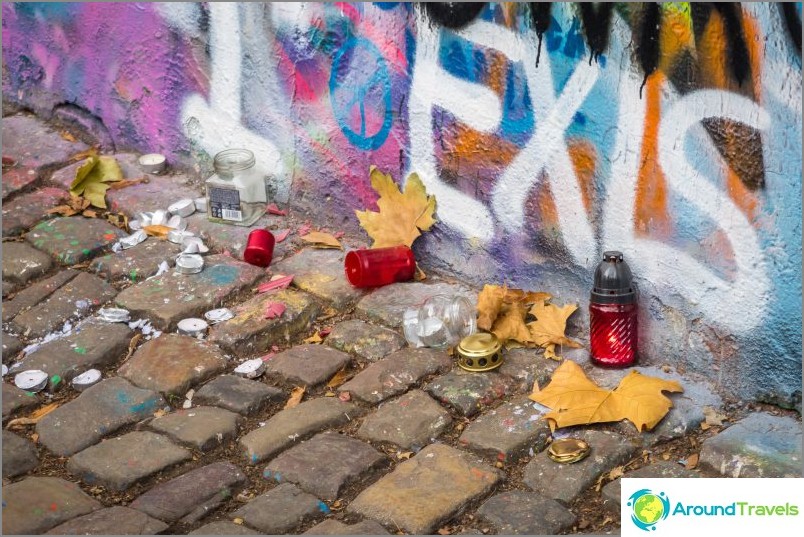 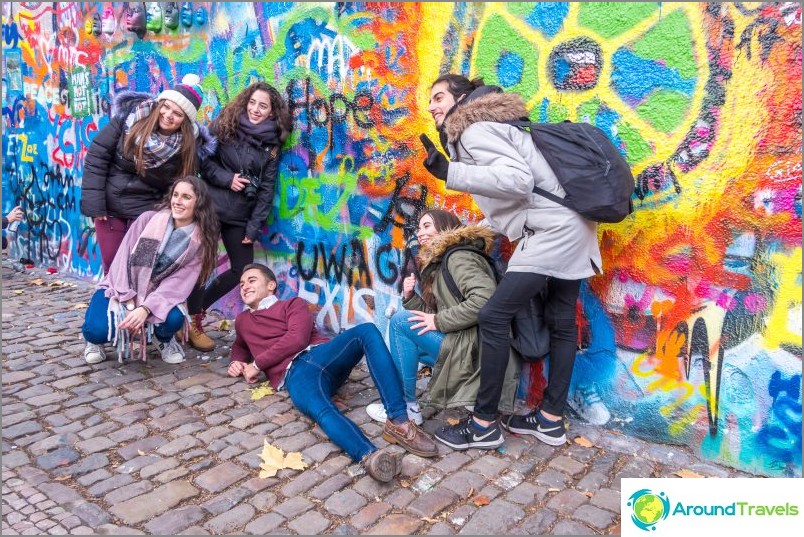 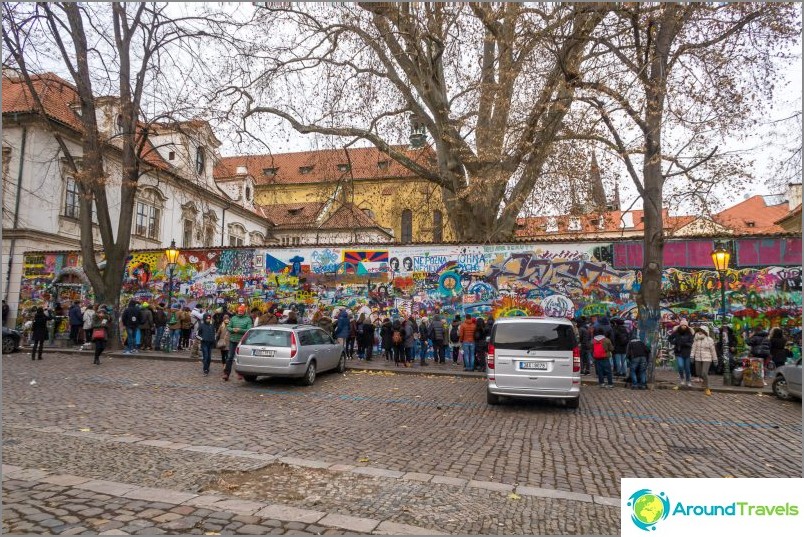 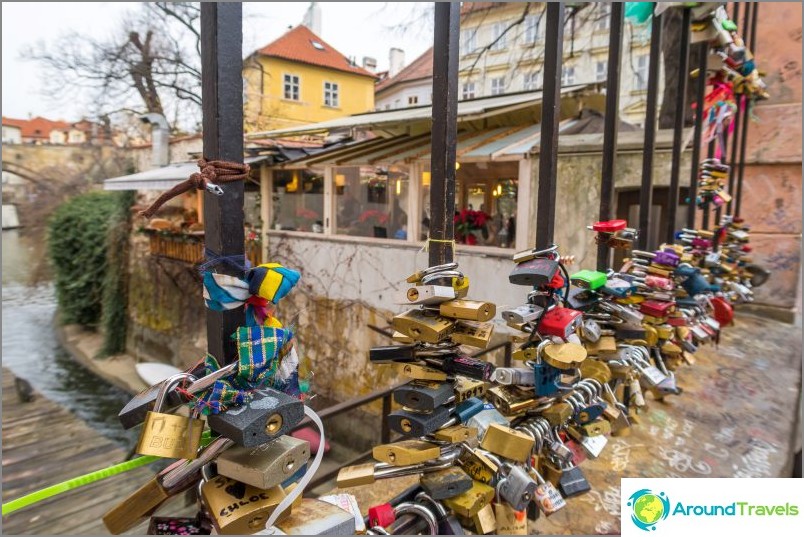 The wall of John Lennon in Prague

As they say in RuNet, Wall of Lennon was originallysomething like the wall of Tsoi on the Old Arbat in Moscow. That is, the sample is not the best street art and at the same time - a cult place for fans of creativity with all the consequences: garbage, drinking alcohol, candles and lamps, flowers and drunk fans.

The wall appeared in November 1980, then throughit was painted over the year as part of the ennobling of the city before the 14th Congress of the Czech Communist Party, and from that moment people began to write less words about love and more about politics.

And fan parties gradually grew intoorganized meetings of opponents of the communist regime. After the fall of the regime, the wall continued to exist as a historical monument, recognized by both the citizens of Prague and the city administration.

Access to the wall around the clock and free.

John Lennon Wall
It will be interesting to fans of the Beatles and not only. The wall has essentially become a street art museum. More on the wall. 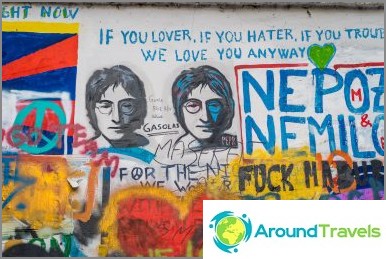 It will be interesting to fans of the Beatles and not only. The wall has essentially become a street art museum. More on the wall.