Pros and cons of living in Thailand

Continuing the theme of the minuses (last time I wrote about pros and cons of freelancing), I want to talk about how bad it can be in Thailand.

I have long wanted to touch on this topic, because sometimesI get questions about the disadvantages of living in Thailand, supported by links to articles from different authors. And if someone is limited to just listing, then some go further and argue that Thailand is hell and everyone else lies about him.

In my opinion it is silly to look for paradise somewhere, becausethat it is not by definition. Any country has its own ratio of pros and cons, and each person chooses the ratio that suits him best, and at the moment. Oddly enough, but the fact that one is incredibly annoying, the other does not notice at all. Therefore, all articles, including this one, are subjective. Just arrived at the place and having lived a little, you will be able to draw your own conclusions. It is also worth considering that in a year or two your attitude to the already familiar things may change, and plus will turn into a minus, or vice versa.

The cons of living in Thailand

It's really hot in Thailand and it’s worth considering. If for you the temperature of 30 degrees and above is too much, then you cannot sit under a palm tree with a laptop, you will have to look for air conditioning everywhere and everywhere. In principle, many houses and apartments with air conditioning, in the shops they are also almost everywhere standing, and you can move between the house and the store on an air-conditioned taxi, or on a bike with a breeze. The beaches, however, will have to go only early in the morning and in the evening, although the heat is easier to carry around near the water and in the wind. And you can also think about the north of Thailand, but there is no ocean there. 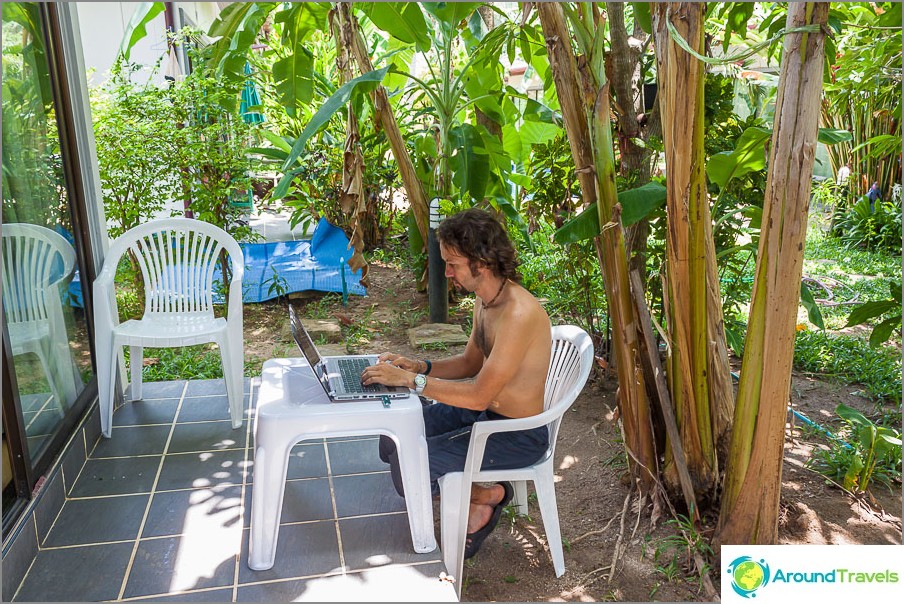 About 30 degrees outside, but not everyone can

And besides the heat, it's still wet! This can affect expensive equipment (overgrown with mold), clothes will dry longer (if not hang on the sun), moisture is felt in the air, sometimes in bed. And here again air conditioners will come to the rescue, because they dry the air well. However, if the air conditioner will work around the clock, then at the end of the month there will be no frail electric bill. 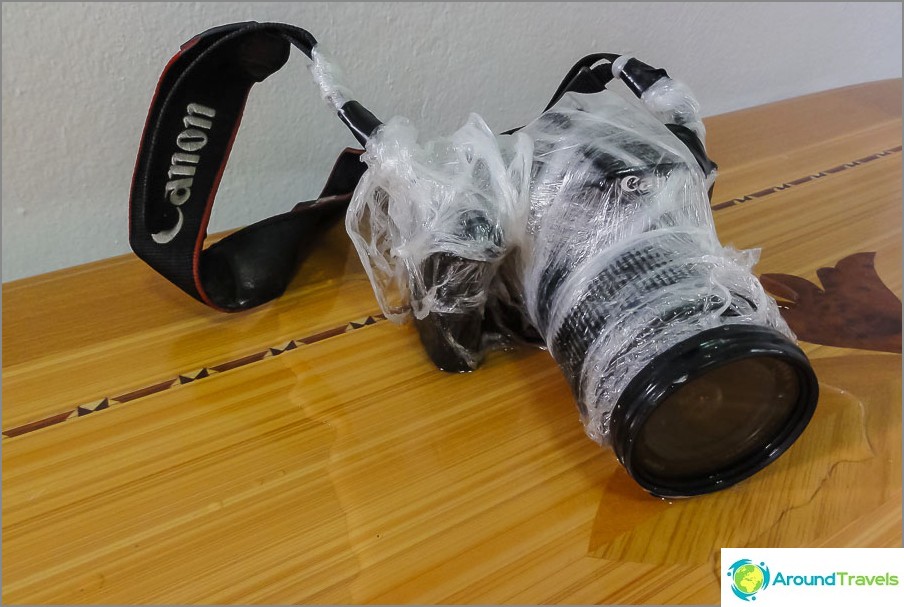 The Internet here is of average quality. With the speed all the less, somewhere up to 1-10 megabits, but with stability worse: pings long, some kind of tracing to Russia and Europe. For surfing, blogging and others like them normally, but for those who are interested in a fraction of a second (for example, for players in online poker), it will not work at all. The question can be solved by holding a separate line and not using shared wifi, because the shared Internet is divided into everyone, and when people start to massively swing, even surfing can be problematic. Its channel is usually in homes and in some apartments. True, in this case stability is worse than that of the Russian Internet. But on the other hand, with 3g it is the opposite, and the speed is excellent and the coverage. How much I have not traveled around Russia, a normal 3g is not enough, it is only in the cities, and then not in all and not everywhere. 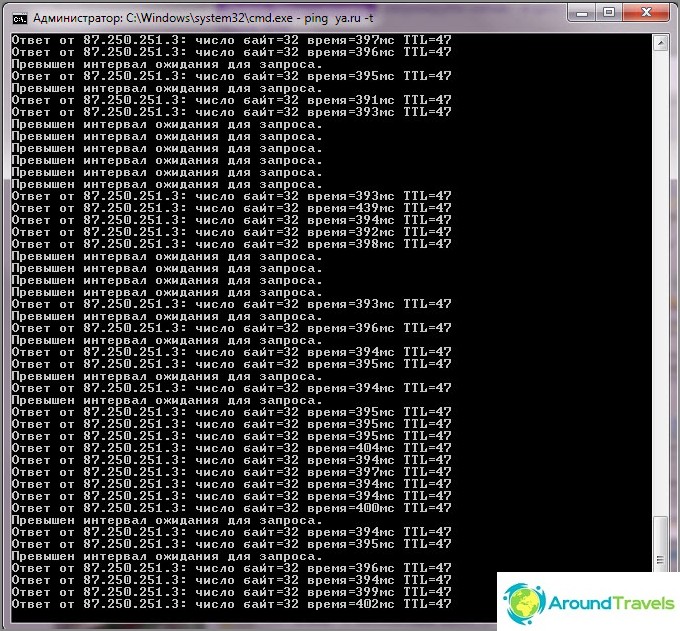 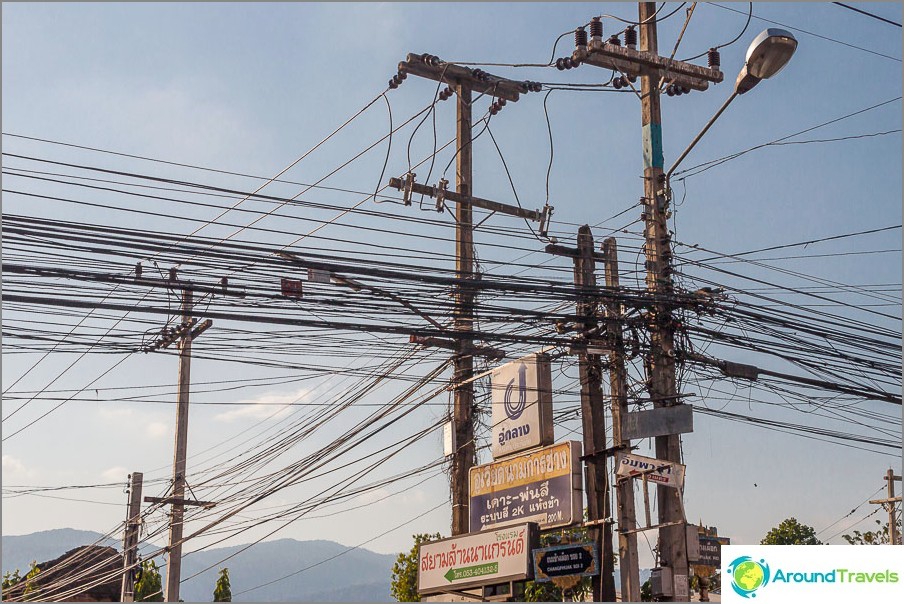 You will have to communicate in broken English inshops, with owners of housing, with taxi drivers and just on the street. The less resort the place, the more broken the language will be, and the more you will not understand (communication impressions). Can you constantly in a non-native language? However, compatriots, as well as foreigners with good English there is a dime a dozen, to meet and find a circle of friends for themselves and for their children is not a problem. But we must understand that it is still not your close friends with whom you have communicated before this all your life, that is, you can not get the desired closeness of communication. Even if you are open, it is not a fact that your interlocutor will easily make contact. 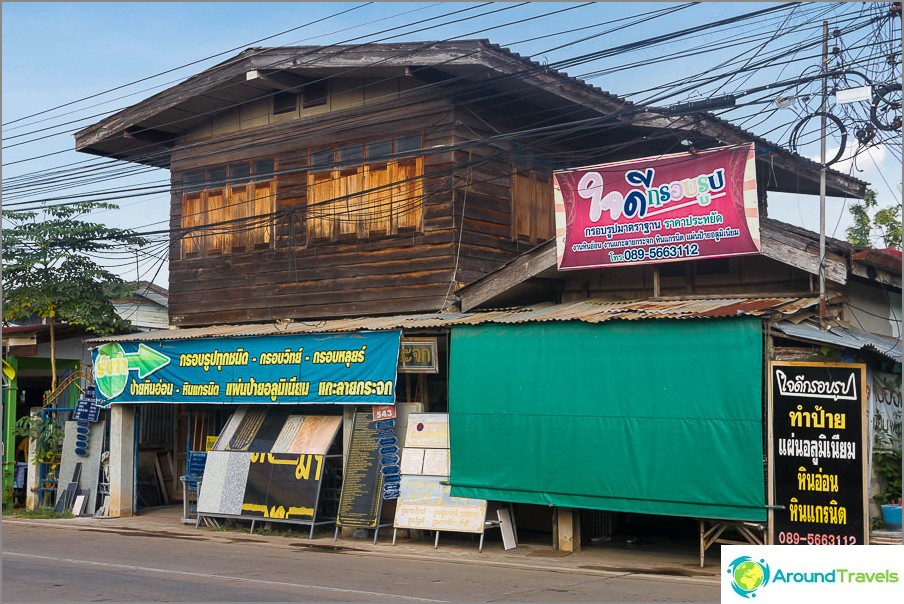 In non-touristic areas, Thai inscriptions only.

East is a delicate matter, so it may wellit turns out that you do not like something very, very much. For example, the difficulty of understanding. The Thais do not want to “lose face” under any circumstances, so if after your question they nodded and said okay, it means nothing. Sometimes, such an illogicality of Thais can vybeshiv, and will save only that they are smiling everywhere and in fact do not want evil. Although it will save only those who are able to feel the benevolent atmosphere of the country, the rest may not notice it. Generally, in a good way, if a person travels to a foreign country for a long time or forever, then he should go there without his charter and try to assimilate: learn the language, accept traditions and so on. Here, too, religion, with Orthodox churches strained, seems to be one for the whole country. 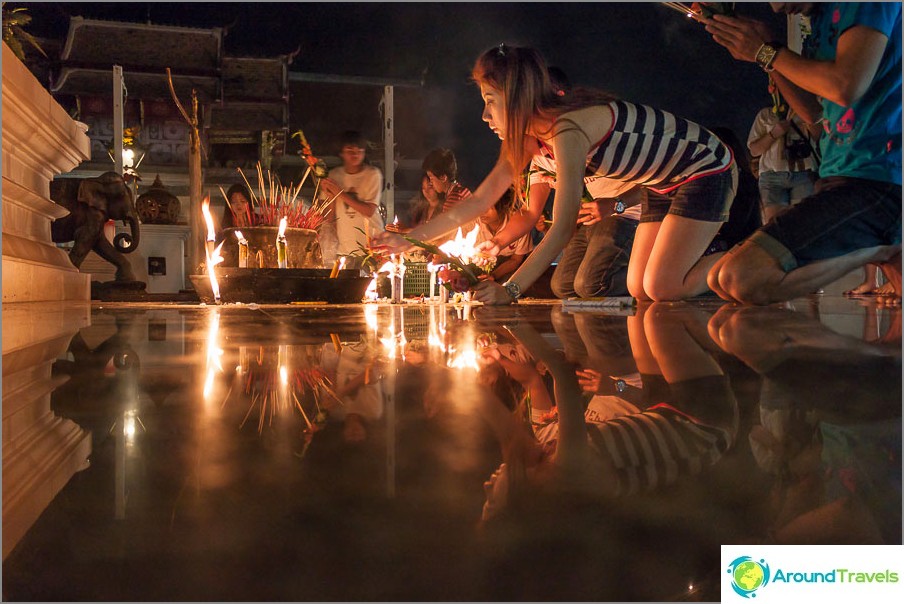 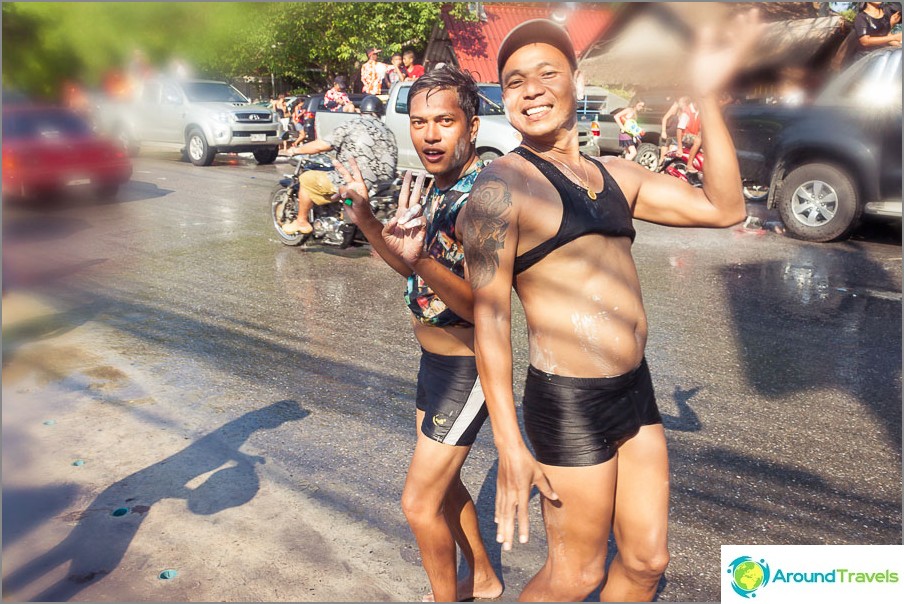 Those who want to work are not particularly welcome there: many prohibited professions, prison for illegal work, bribes and corruption, with a lot of business pitfalls and communication is desirable to have. Therefore, most of them work remotely: programmers of all kinds, bloggers, site owners, SEOs, copywriters, designers, and so on. But there is a small part of the visitors, who officially settled. Someone in real estate, someone in tourism, someone programs. In general, if there is a good skill, then official work can be found here, although it is not entirely simple. In general, if you want to do nothing, it is not a fact that it will work out.

Thailand will have a completely different school and not a factthat she will be the best for your child. I have no specific examples yet, almost all of my friends have not grown up to school. Again, many people rely on home education (at first) and remote education, but this is not for everyone. 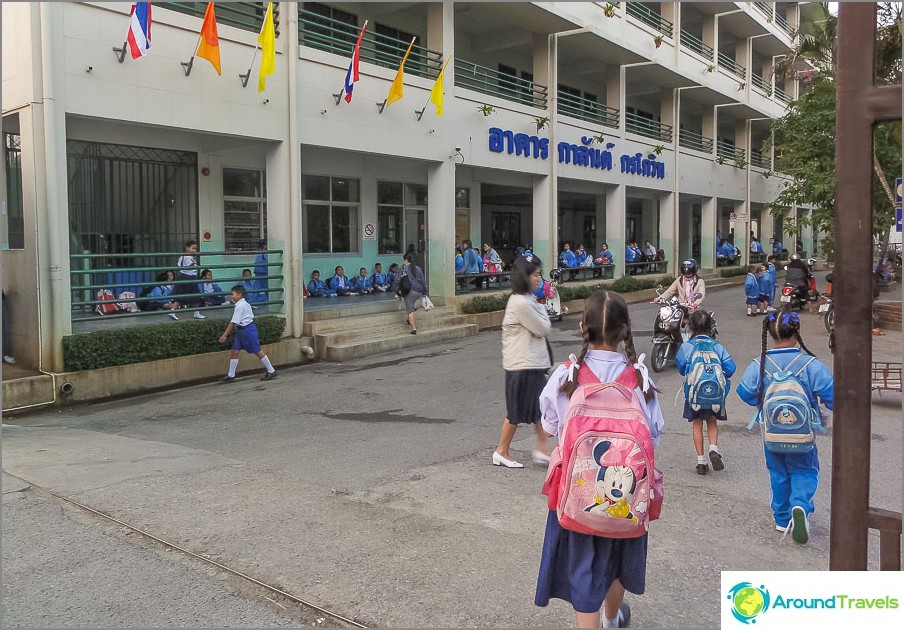 In Thai schools, strict rules, it is better to go to the private

Food in Thailand cheap but cheap thai food only. Can you eat it for a long time? Or will you constantly yearn for herring and sauerkraut? In fact, there is a lot of things for Europeans, both in the supermarket and in the cafe. Not all, of course, you can immediately find in the supermarket, but you just need to carefully search and ask around the expatriates where it looks like and how, it is sometimes not obvious. And it is worth preparing for large expenses for European food, but something can be very expensive at all and it will be easier to do it yourself or order parcels from Russia. Now, however, in those places where there are many Russians, home-made productions appear where you can order your usual food. Buckwheat green, black bread, sour cream, cheese, chocolate, potatoes - there is, but expensive. Fermented meat, herring, brown buckwheat, usual drinking yoghurts, ordinary cottage cheese, ryazhenka, semolina, caviar - no. 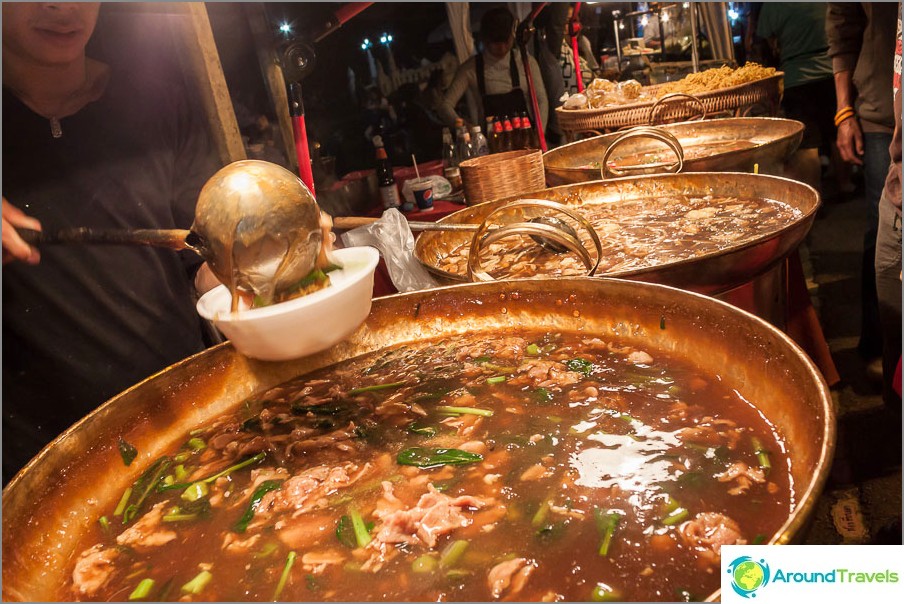 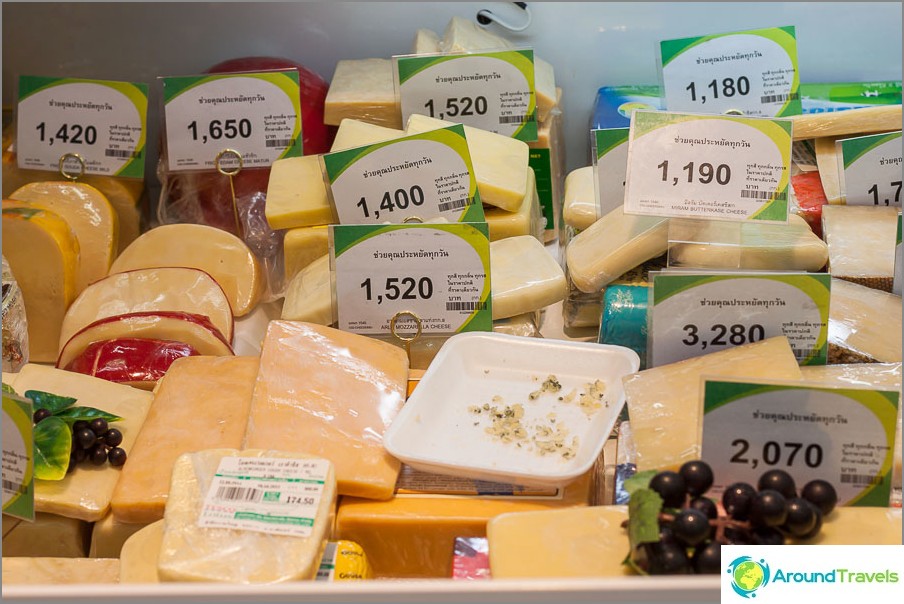 Cheese is more expensive than in Russia

You can go to Tai for a long time, but citizenship to youmost likely not to be seen. Even if the marriage with a secret is concluded, then everything is not going smoothly (for girls). So either a work visa, or student, or tourist, or stamp (all about visas and stamps). The last two options involve permanent departures from the country, once every 3 months or once a month, respectively. And many visas require renewal once every 3 months. Like? 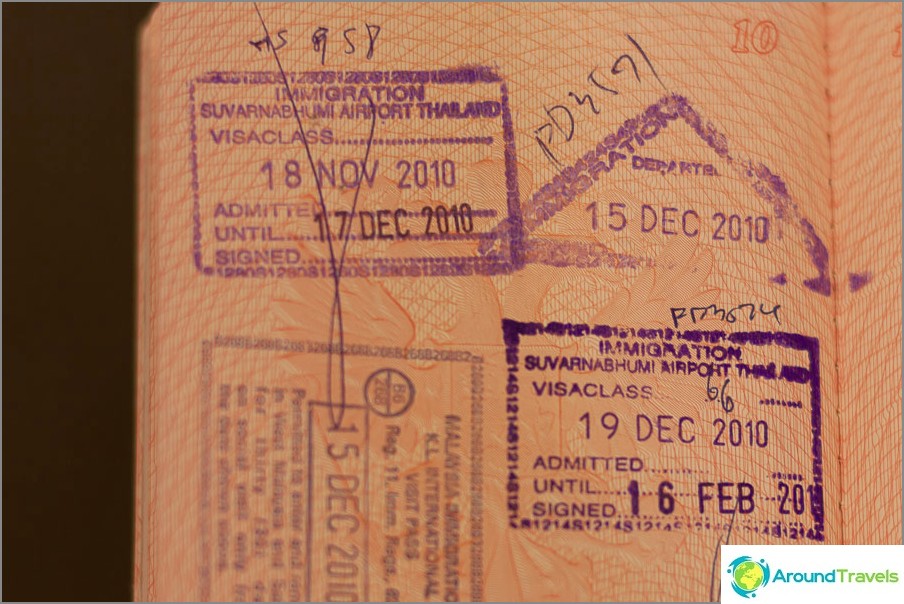 Stamps in the passport

Cheap is not always and not for everyone

How much would you not read the reports of other peopleit will be cheaper or more expensive to live; It's like with Thai food, everyone has different tastes, one to one another. For example, someone definitely needs a European car, it will be more expensive here. Well, and if you compare with any Russian outback, then Tai may be more expensive, even if you save. Here you can still write a lot of things, but the essence is that “to live normally” is interpreted by everyone differently, hence the spending will be different. 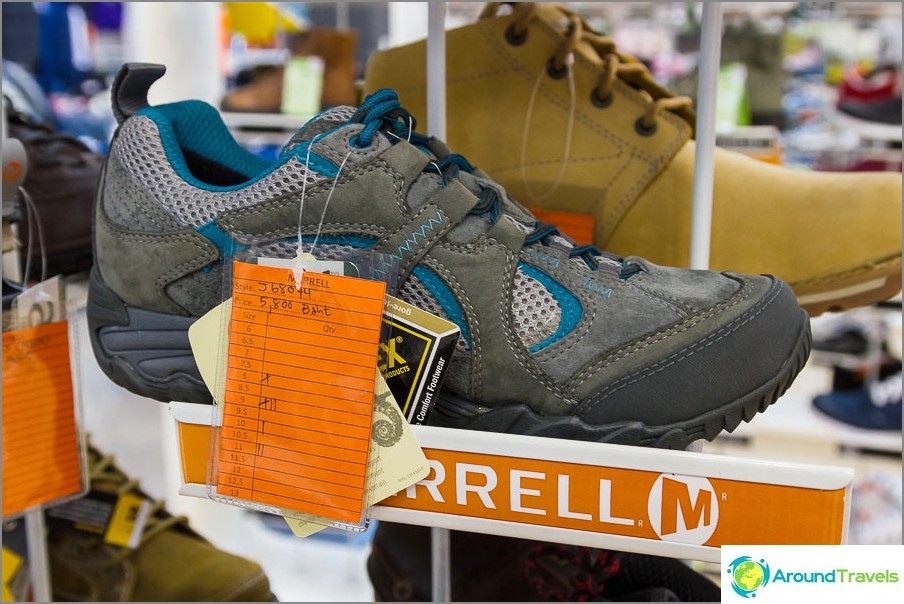 Tracking sneakers are more expensive than in Moscow will be

And though fears about insects in thailand and other dangerous creatures are exaggerated, after allthere is every living creature here and its pobol than in the homeland. Generally speaking, this is because Russia is large and the composition of the fauna varies from region to region. But most likely you will encounter only innocuous geckos and cockroaches, which will spoil only the mood in your acute non-love for such God's creations. Also in Thailand you can catch all kinds of diseases dengue fever, less malaria or get Quincke edema after someone's bite. Therefore, do not forget about traveler insurance. 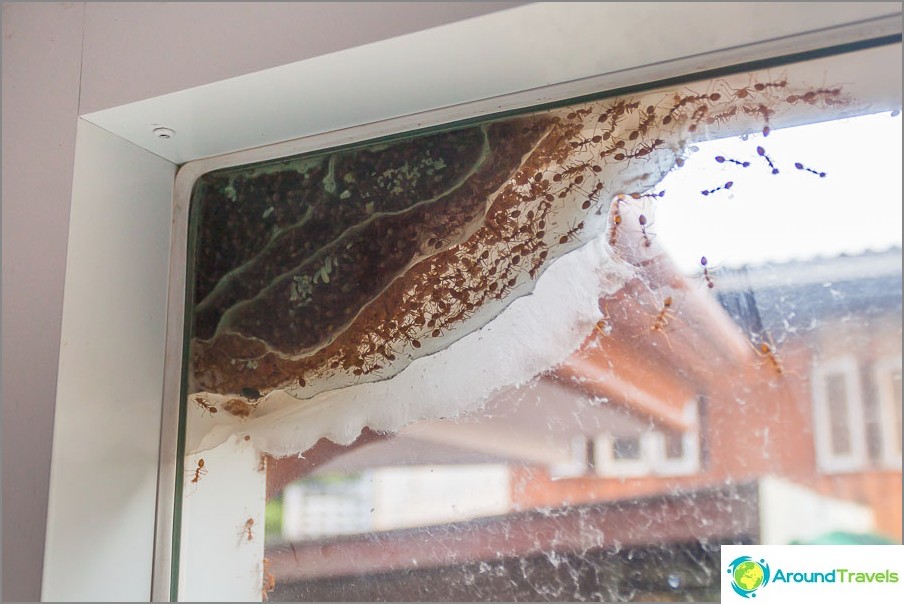 Ants colony outside the apartment window 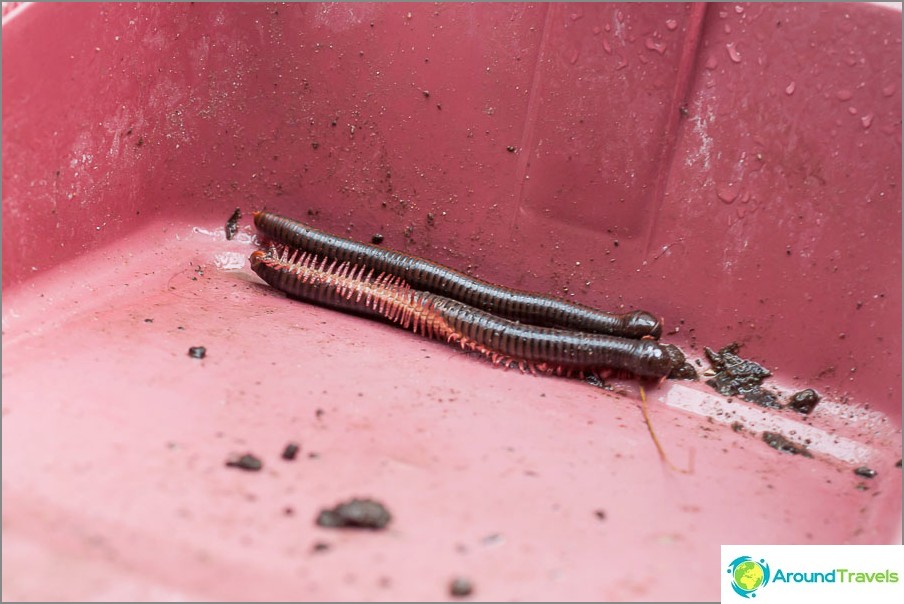 If you are an inveterate esthete who is used toGerman pedantry, in some places you may have a hard time. The walls can be shabby, slop will flow down the street, or a lot of garbage. And next to the cafe sometimes such a dushman is worth it, that not all people’s noses can bear it, especially if they are cooking something with pepper. 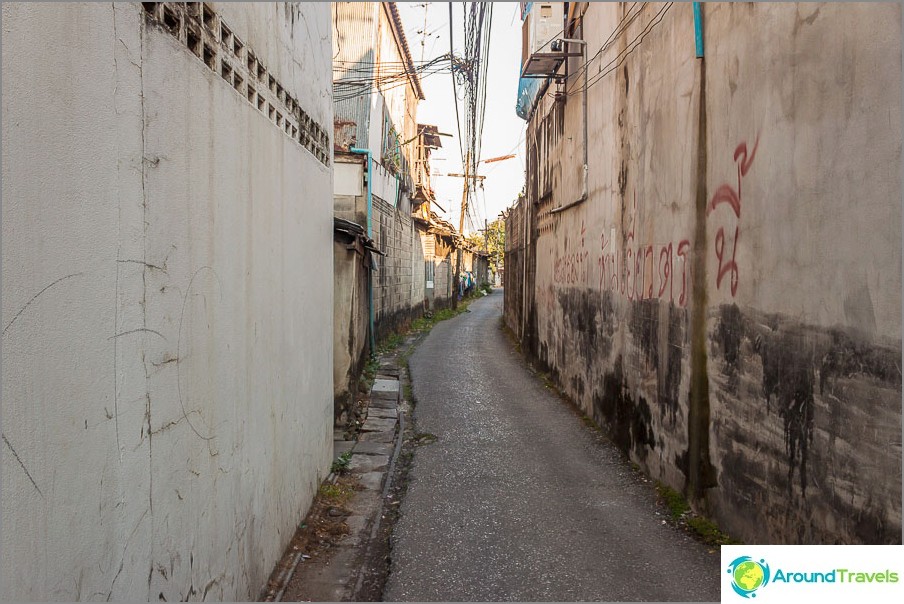 The advantages of living in Thailand

I don’t know if I’ve got the consdescribe, because each of the points I wanted to challenge, barely restrained. And in order to let off steam, I will briefly list the advantages, but not in general, but specifically for myself.

I wrote it a little specially and briefly, becauseThe article is more about cons than pluses. And in fact, for me, an eternal summer with smiles is enough (the first two points) to block any minuses. The ideal option, of course, is 25 degrees (and at night 20) all year round, but there are not so many regions in the world, and here it is already starting to play a role, as there with the visa issue, and what are the prices for life. In the same Thailand to get a tourist visa is very simple, and travel to border wounds is even easier. Here are some other articles on the pros and cons, though in comparison with Russia:

P.S. Once again I want to say about the subjectivity of such articles and add that I only spent the winter in Thailand, I did not live there for several years in a row, did not open a business, did not arrange children to school, and so on. However, despite this, I can afford to express certain judgments about whether I would like to live there for a long time or not.

P.P.S. What has forgotten the bad?