Recommend on the way to viewing platform grade hill, well, or after it, go to the courtyard toTemple of the same name Khao Rang Sahkhitam (in some sources - Samnak Song Khao Rang). I especially recommend to those who are not yet sophisticated in this matter, and if you have not been to Thai temples yet, in principle. Well, or were, but this is not your twentieth temple in a row, and you have not yet bored with the monotonous architecture and sculpture of such places. A cool temple with a statue of a large sitting Buddha (previously - the largest on the island of Phuket), and next to it is a typical, beautiful, all of a brilliant building of Khao Rang temple.

Wat Khao Rang - relativelyThe old temple, built under the patronage of one of the oldest and most respected monks of the Kingdom of Thailand - Luang Po Subha. By the way, there is another temple in Phuket, which was created with his direct participation - Wat Sirey. You can't drive past him - youwhen you go along the road to the top of the mountain, it will open on the right as you go. At first glance, the temple seems to attract nothing. Well, the temple and the temple, a Buddhist building, a lot of cement, some paint and curly roof lines with a sacred flame frozen in stone.

However, if you do not regret a half-hour of yourtime, park, and then climb the stairs to the upper level, then behind the buildings of the first line of the temple territory you will find a sitting Buddha statue, painted in golden color. A relatively panoramic view opens from the statue of Buddha and from the temple, although I would not consider it as a viewpoint - the sea is not visible from here, and there is a much more attractive place on the top of Rang Hill. Near the stairs there will be a pointer to the “Biggest Buddha Image in Phuket”, but the Big Buddha has long been caught by the Big Buddha next to Karon.

Feels like Wat Khao Rang I would give himsuch a characteristic: non-touristic place on the tourist trail. That is, despite the fact that a number of tourists are passing by, hurrying to the panoramic viewing platform, few of them decide to slow down near an inconspicuous temple, not suspecting that it has such a nice secret. There are few people here, some kind of creepy, slow, very cozy atmosphere and almost tangible energy. The monks are not spoiled by the attention of tourists, and when you ask to tie up sasin on your hand, they never do it in bulk, seating several people in front of them. Only personally with each, as required by the spell casting ritual. 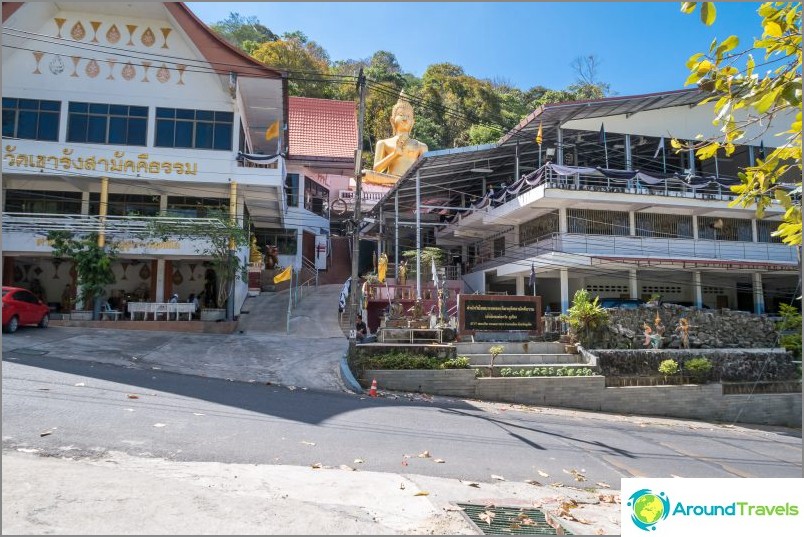 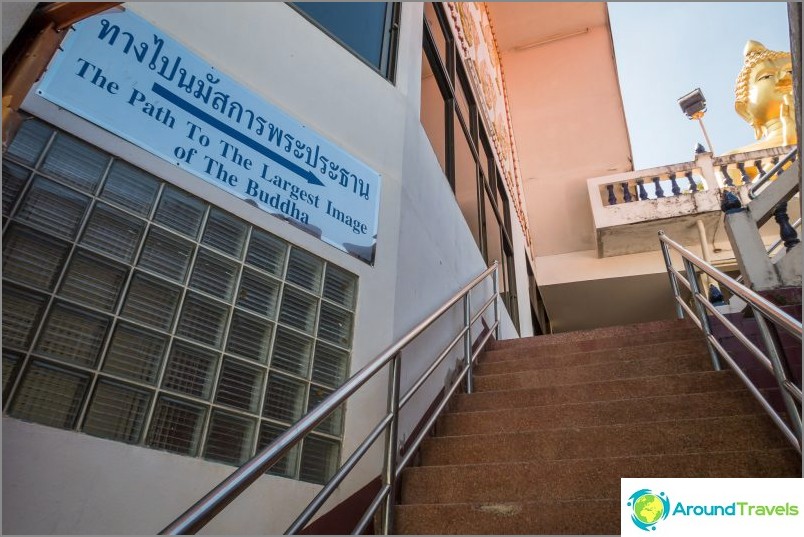 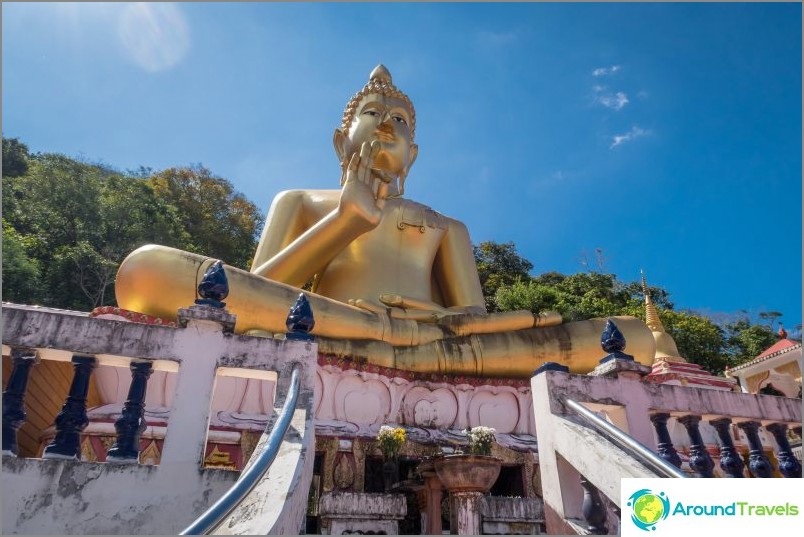 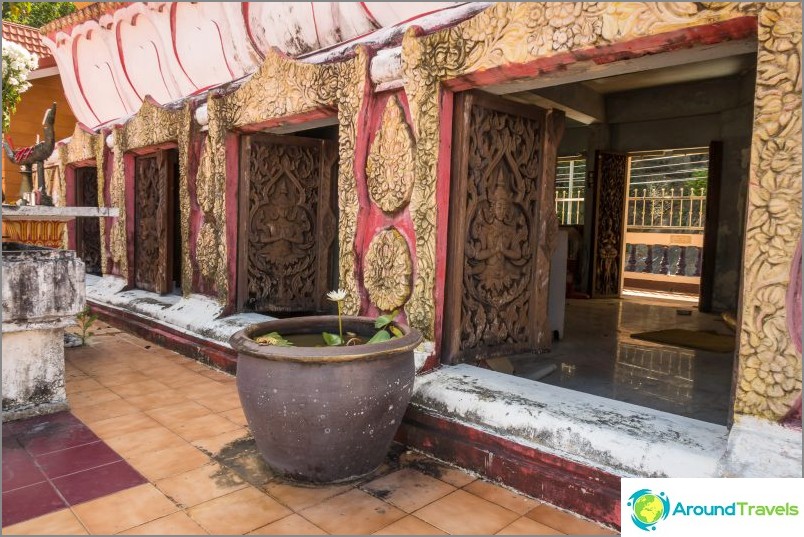 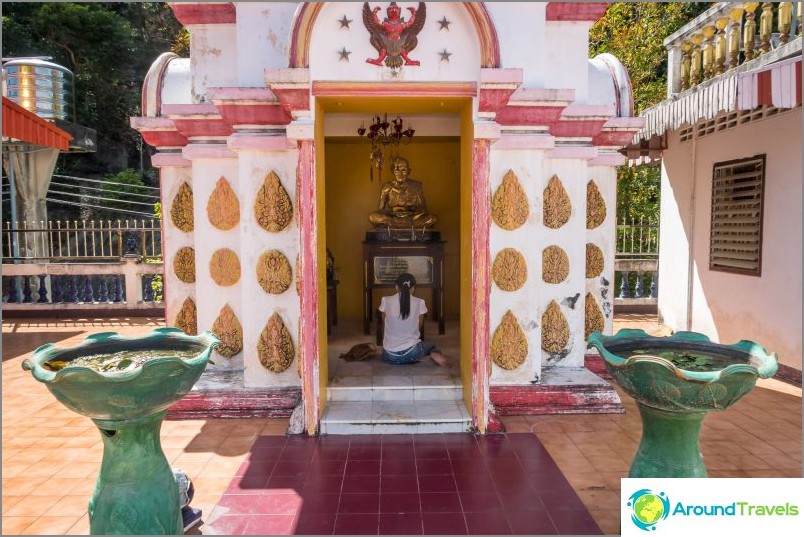 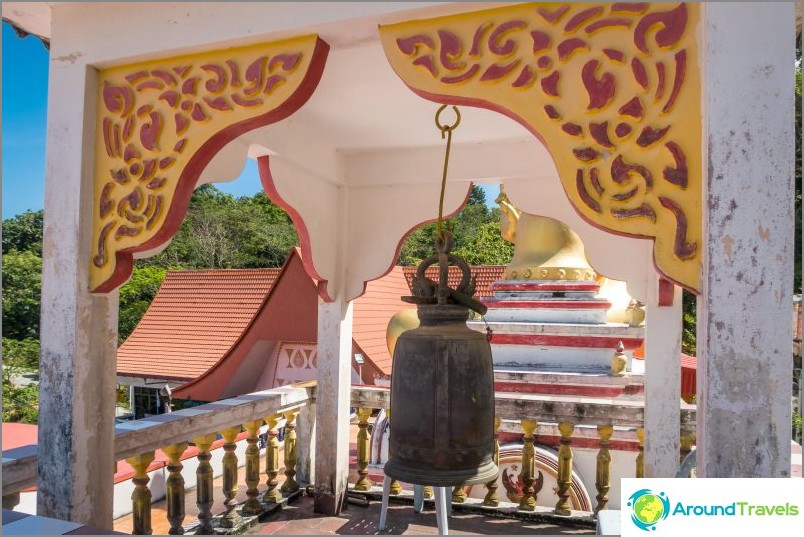 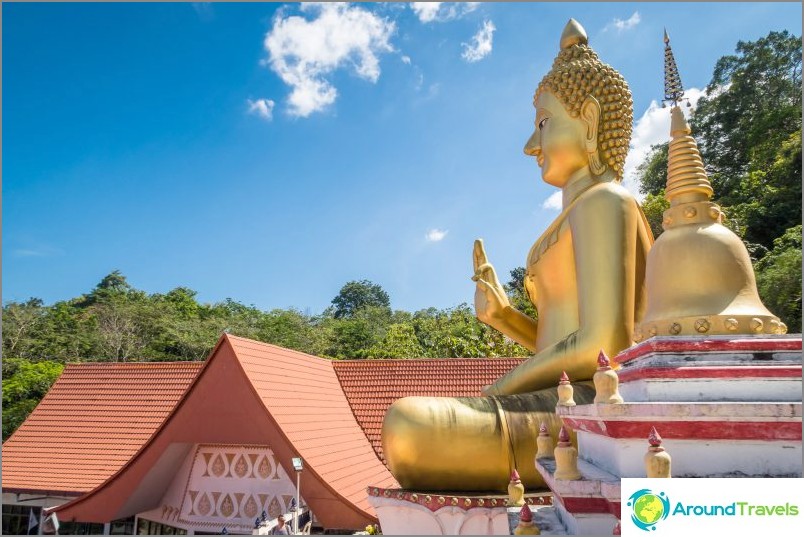 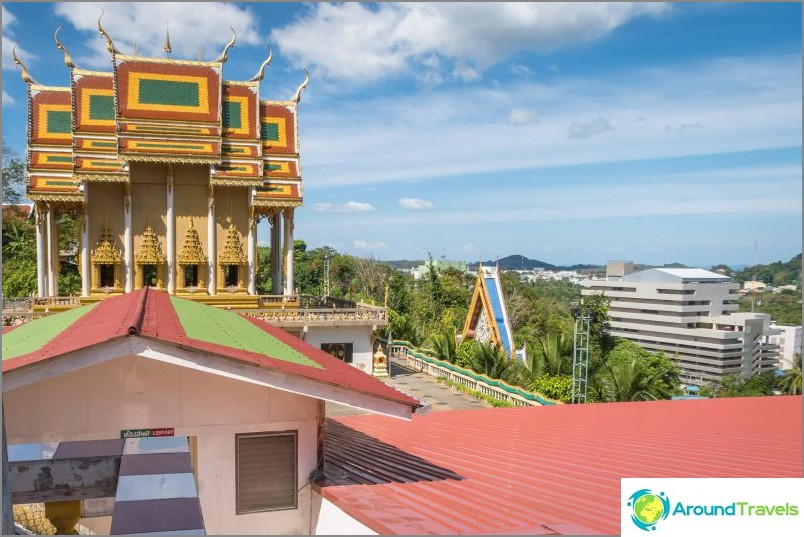 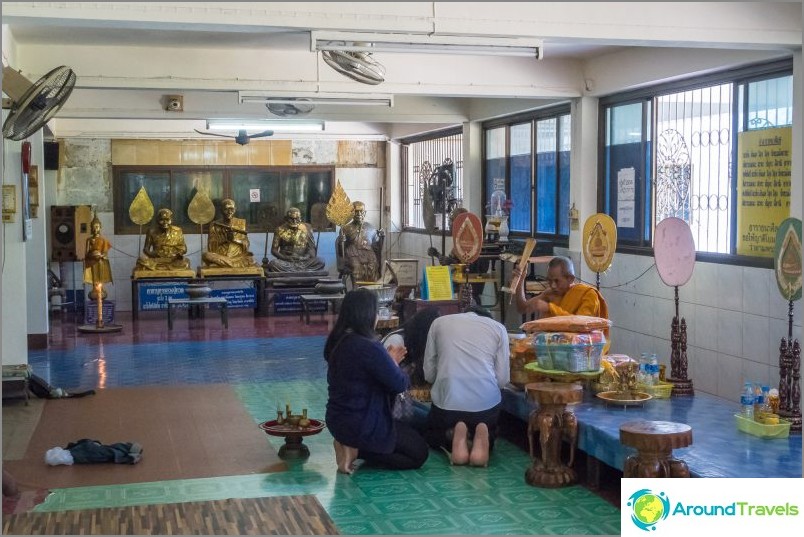 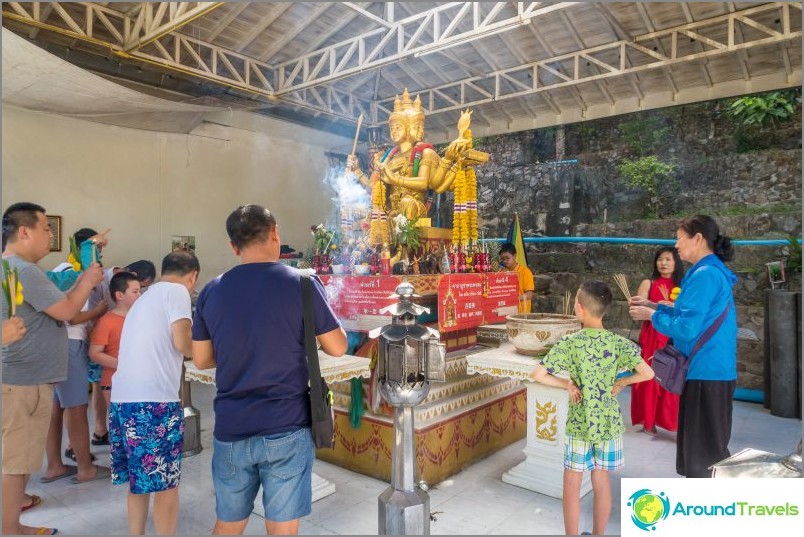 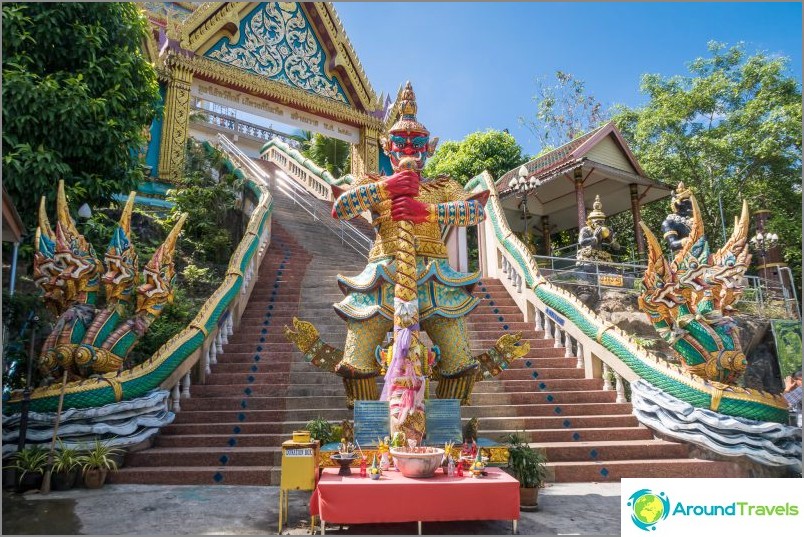 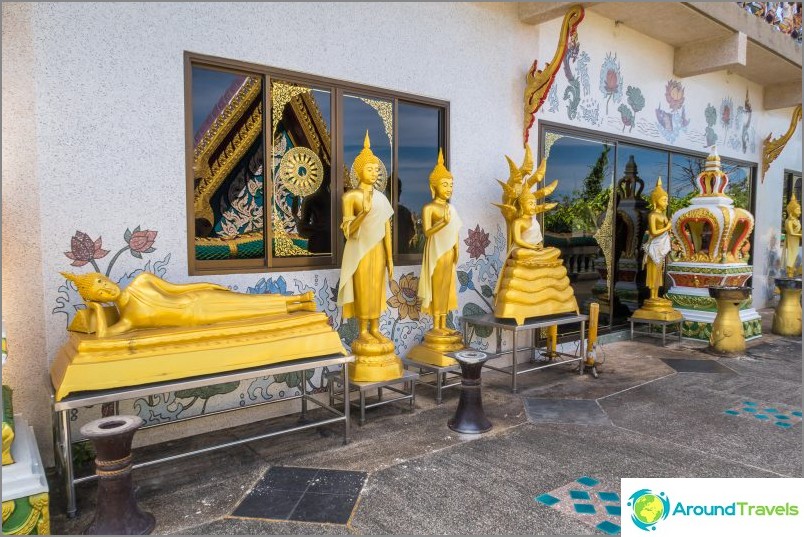 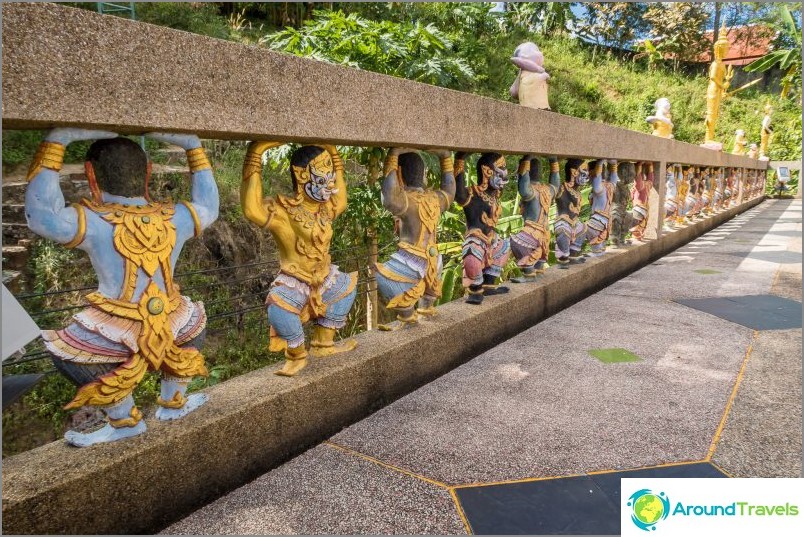 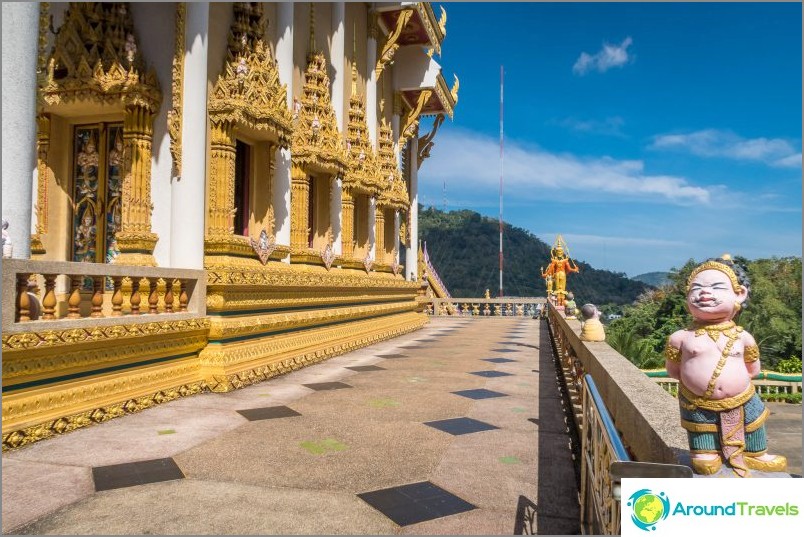 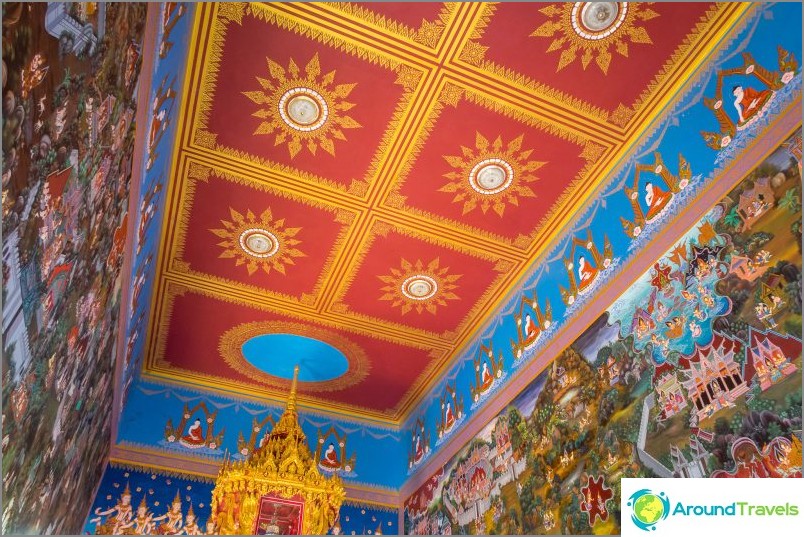 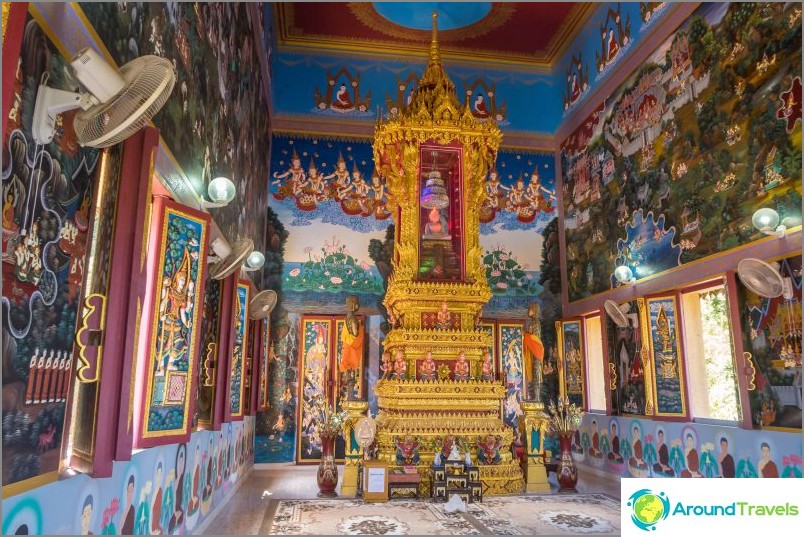 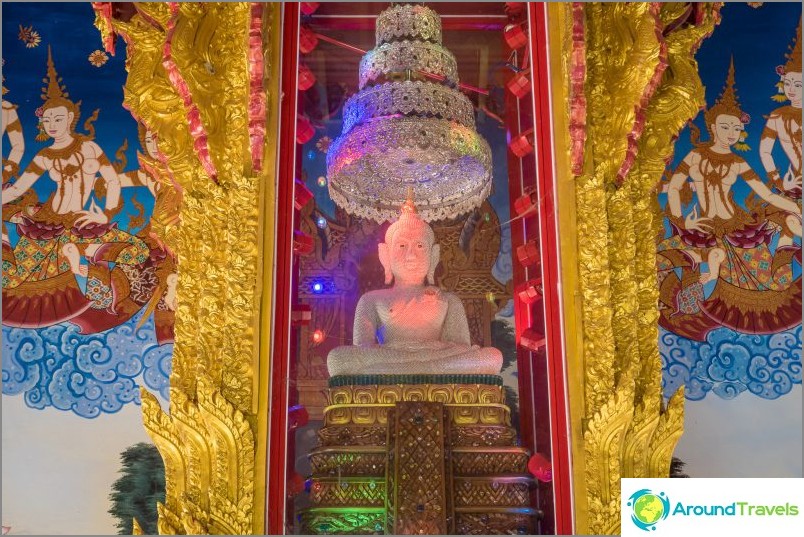 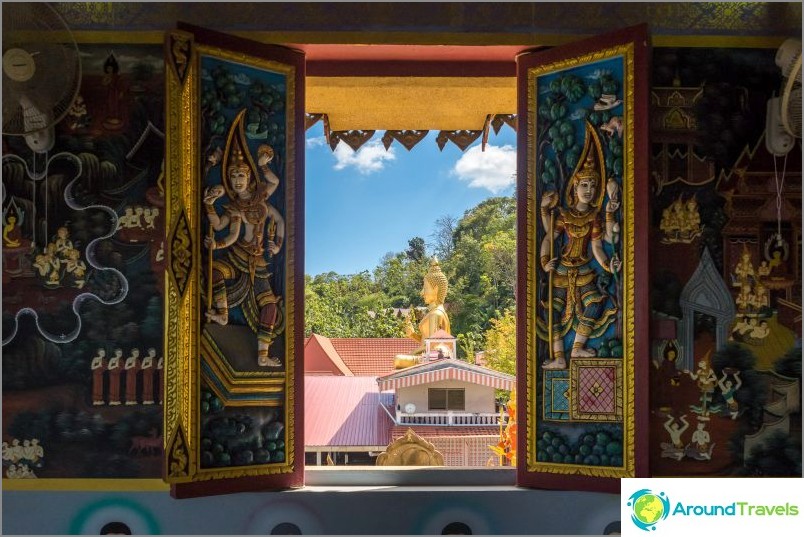 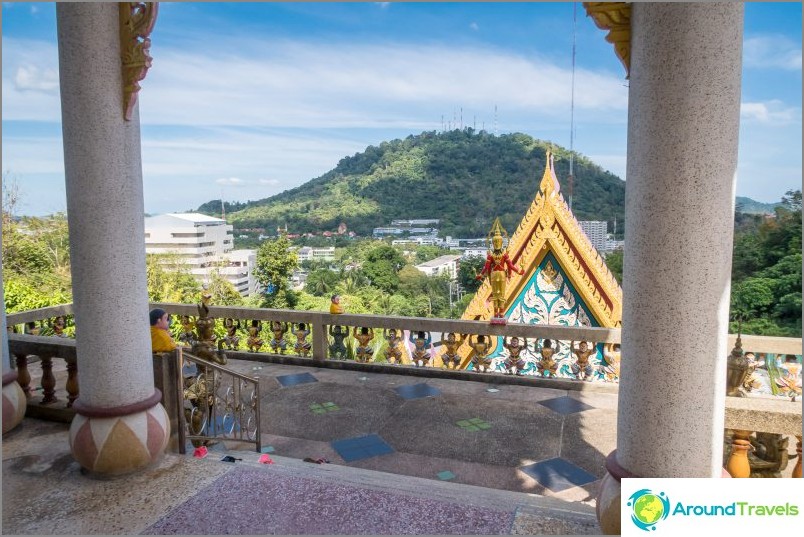 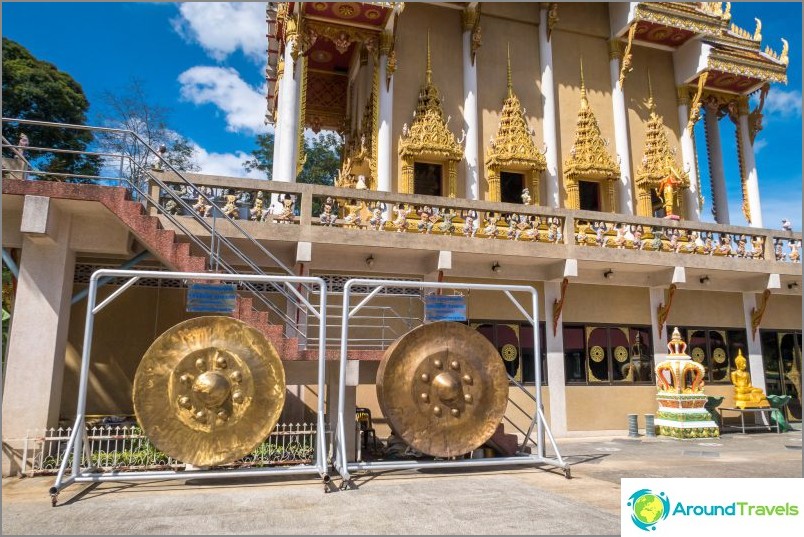 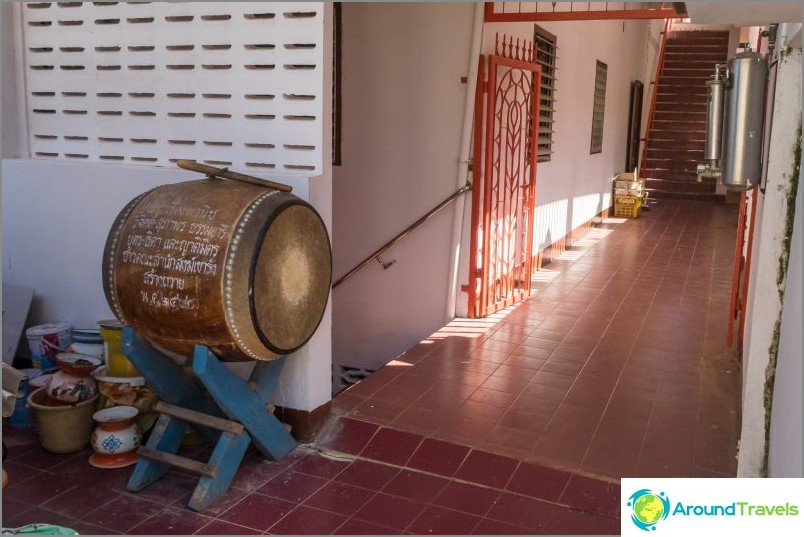 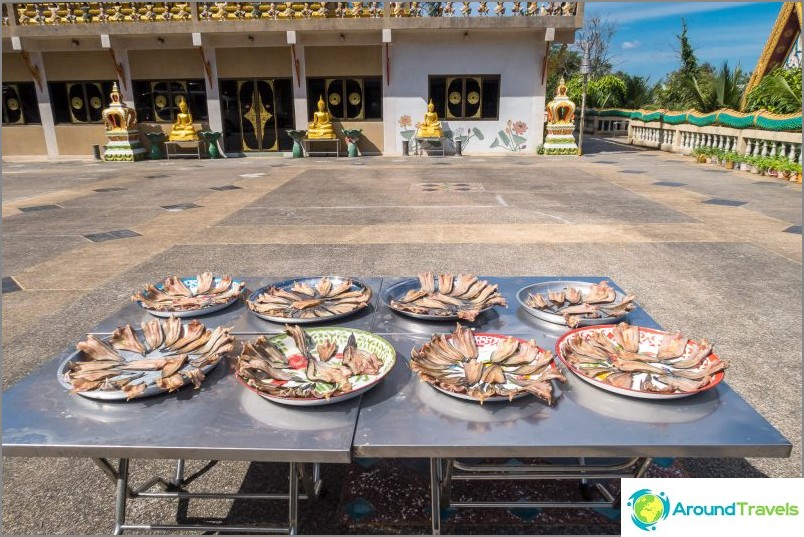 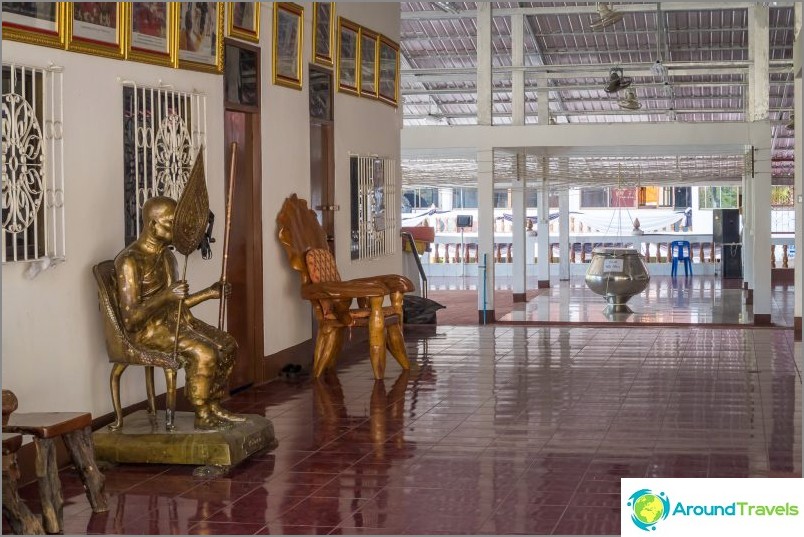 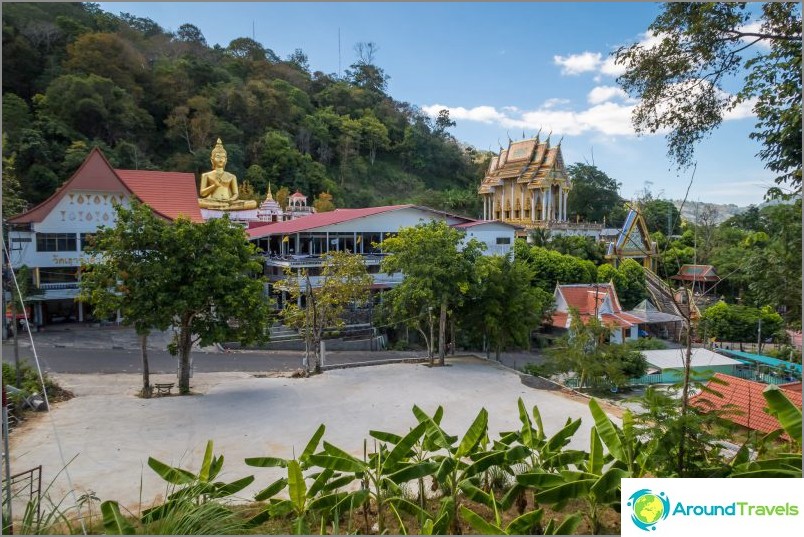 Like most Buddhist temples in Thailand, WatKhao Rang is open from dawn to dusk. Monks reside on the territory permanently, therefore the observance of the dress code “closed shoulders and knees” is obligatory when visiting both men and women. If the guy is still forgiven for his shorts and a T-shirt, then the girl can chide a finger and send to the entrance to the territory of the temple, to the place where the scarves for the forgetful. Monks are people too.

Wat Khao Rang Temple
A large temple complex with a golden statue of a seated Buddha, which can be seen from afar.
More about the temple. 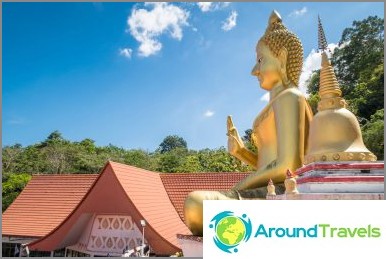 A large temple complex with a golden statue of a seated Buddha, which can be seen from afar. Read more about the temple.

House upside down in Kabardinka (inverted) - ...