Wang Sai waterfall on Phangan and a dull amusement park

On Phangan, in principle, there is nothing large-scale ormajestic, not surprisingly, given the size of the island itself and the nature of its origin. So, you especially do not flatter yourself - the spirit does not capture. He looks so-so, both in the photo and in reality, even if he does not attend the dry season. Try to get here before March, and then there will be very little left of it. In addition to the waterfall and a couple of fonts along the riverbed, something like an amusement park with a bungee and bars, an artificial dam and picnic tables was organized in the valley.

About the amusement park - it is strongly said. On the one hand, yes, there is also space for hiking, and bars styled as island bungalows with palm leaf roofs, and zip-lines are stretched between the trees, there is even a bar on the tree, but this is not yet fully decorated. The territory of the park looks like the yard of the new building, when the construction equipment and people in vests are no longer there, and the grass and trees have not had time to grow. There is a suspicion that the reason for that is the seasonal rains that erode everything that is in the valley, including freshly sown lawn. There are no visitors either, which makes the feeling of abandonment even stronger. That is, it is no longer a natural landmark, but also not a civilized place, neither there nor here.

The main waterfall, directly Wang Sai -they have set up a rather good one, I even have a suspicion that they pump the water upwards. Personally, I’m somewhat disgusted with almost perfectly flat lines of stones that became the base of a cliff with a waterfall and all this artificiality. If you are thinking of looking at the waterfall upstream and swimming in the bowl, then you have to jump along the channel and large boulders for about 30 minutes. The bath is good and the water is much cleaner than that under Wang Sai.

In general, the place has potential, perhaps Thaiswill understand how to green the central part of the park and generally bring everything to mind. Wang Sai on Phangan is an attraction, from which there are mixed feelings, it seems that the partially realized exterior decoration shows that the idea of ​​beautification is interesting, but so far sandy vacant places are mixed with concrete and reinforcement. The show, to put it mildly, is sad and you have to look for a long view for a long time, so that when shooting nothing of this into the frame. 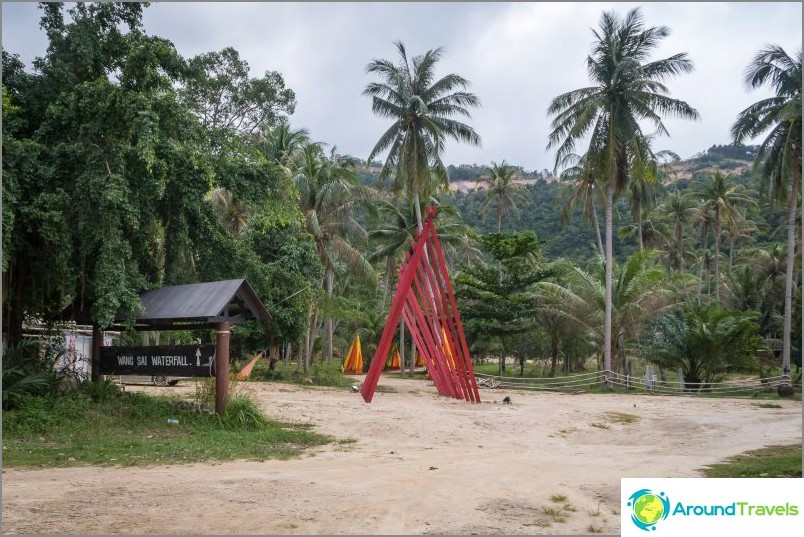 Check in to the waterfall 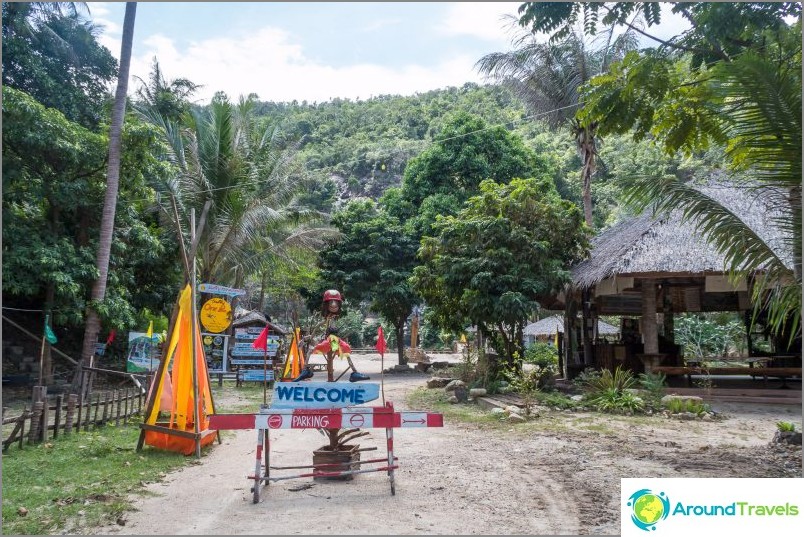 You must drive along the road until you reach a dead end. 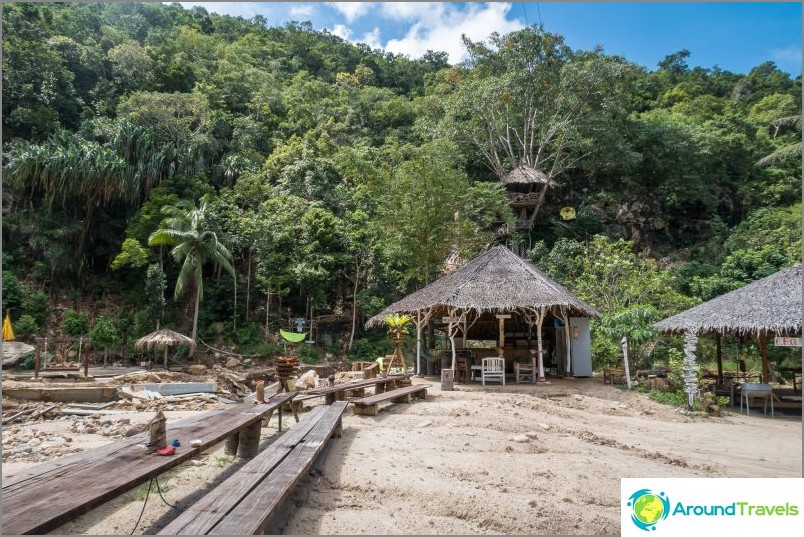 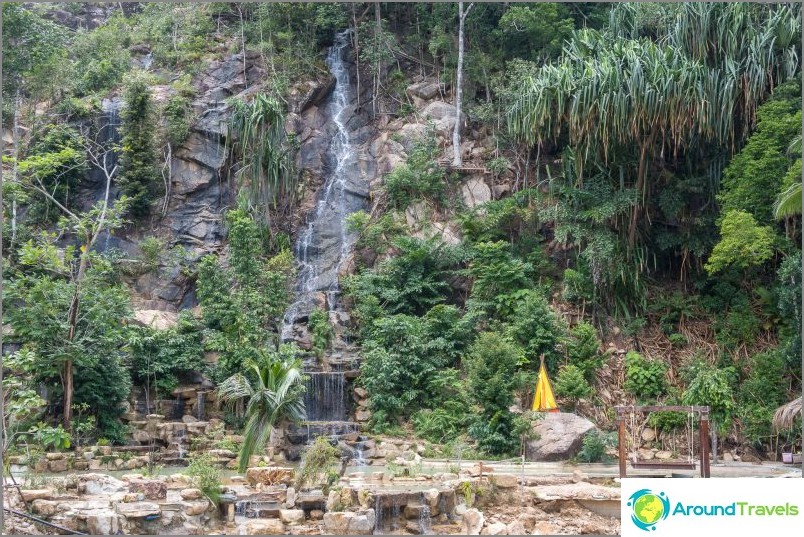 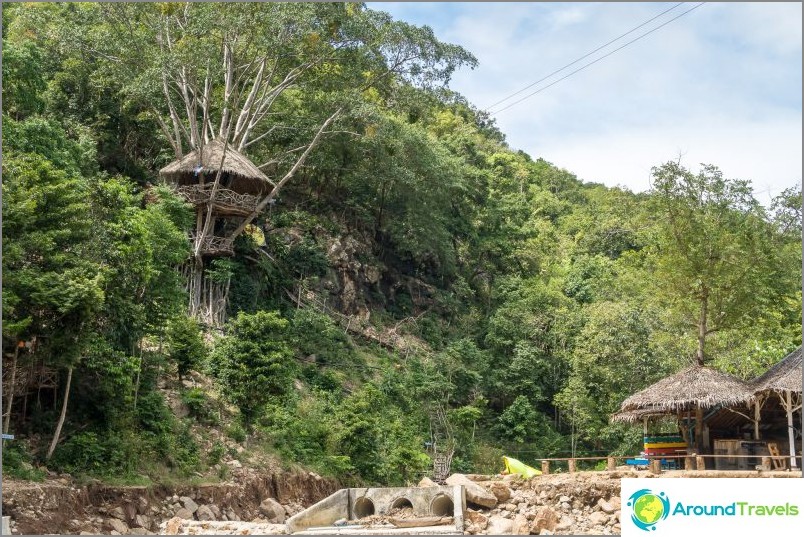 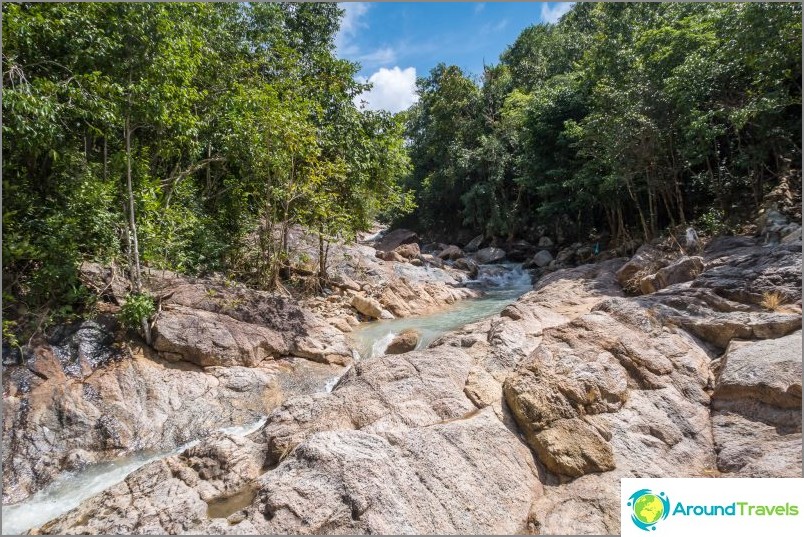 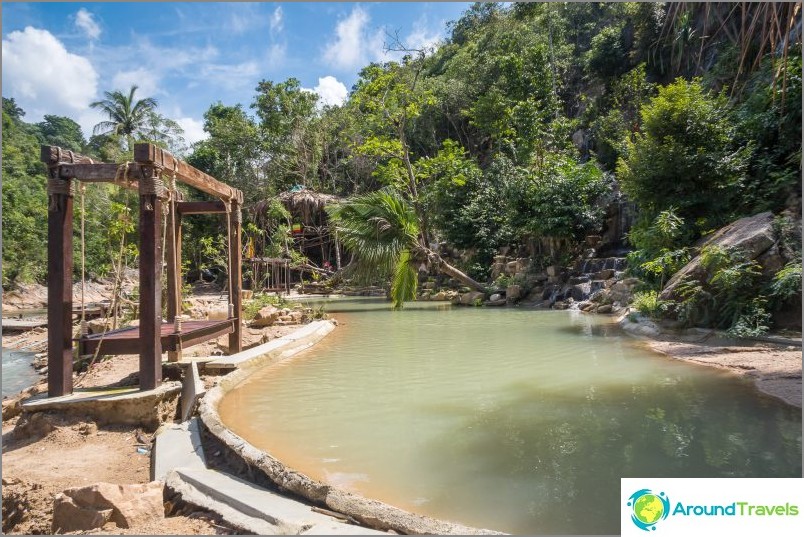 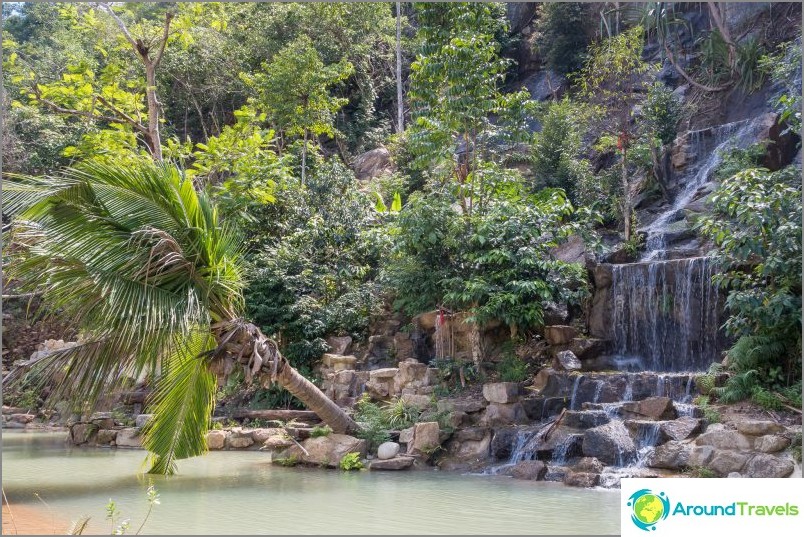 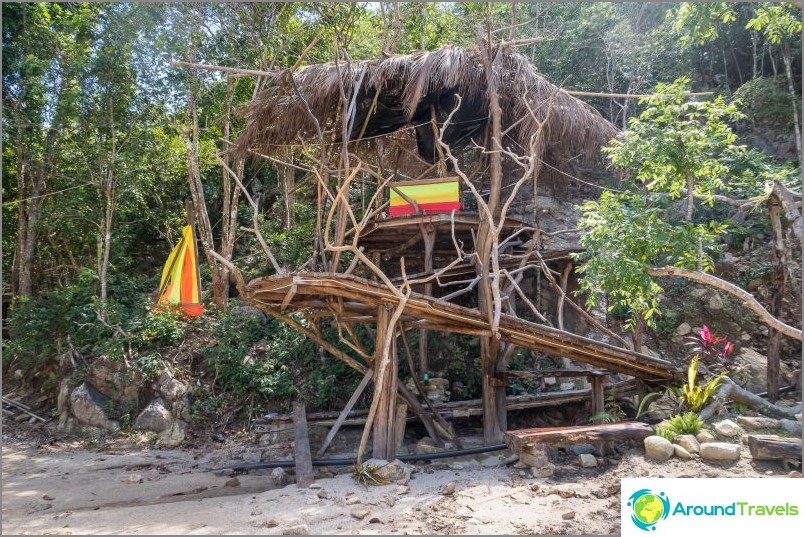 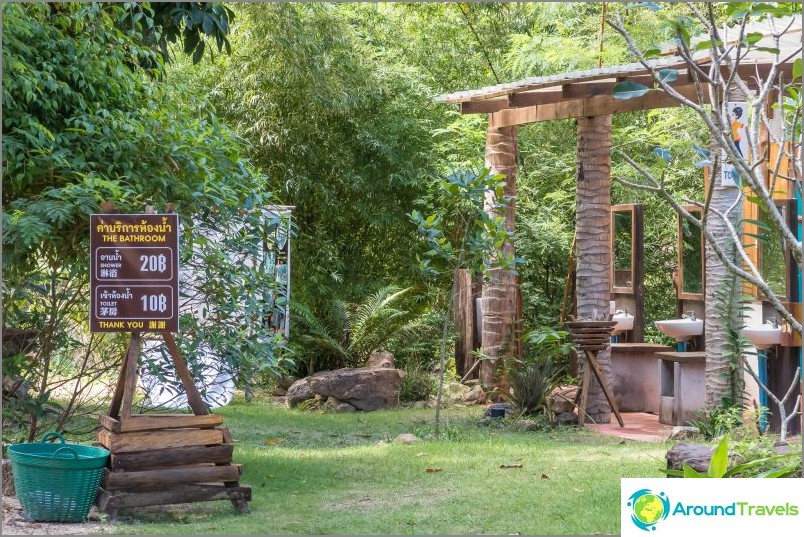 I can not fail to mention such a nuance. As I said, upstream there is another waterfall with a bowl. And many call him Wang Sai. I, unfortunately, did not reach there, did not know that there was something else. But I took a photo from my colleagues so that you understand what it is about. So, what kind of waterfall is Wang Sai, I do not know, so we assume that there are two

Bowl in the dry season looks much worse than in the photo, it will be impossible to swim. 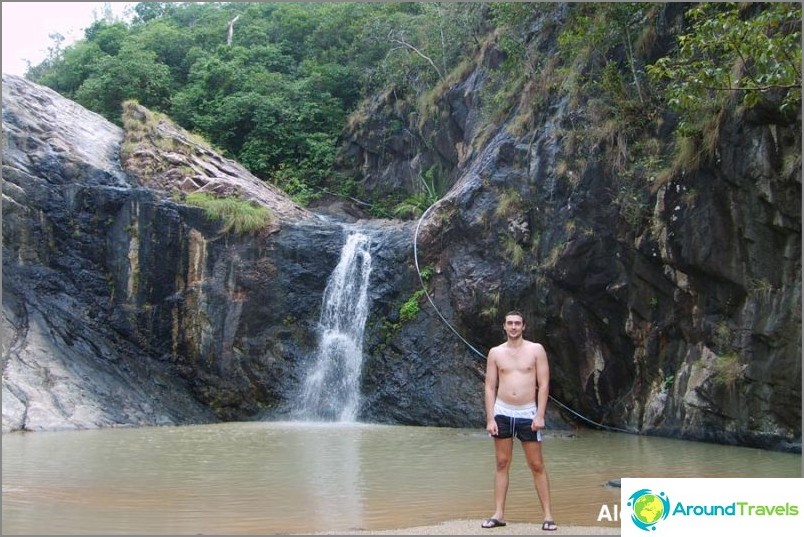 Entrance to the park area is free,parking is large and free. From the main road, you need to drive a little deeper into the valley, until you reach the entrance gate. The entire infrastructure of the location is located there within a radius of one hundred meters, that is, everything is very close. With the exception of the font, which will be trekking for half an hour.

There is also an office in the territory in which you will be offered several options for climbing along with equipment hire, and a few zip-line or in our trolls (the cost is lower in the photo).

This waterfall is located near the popular and famous beach mae haad, which is sometimes called the Phangan business card. Go there. 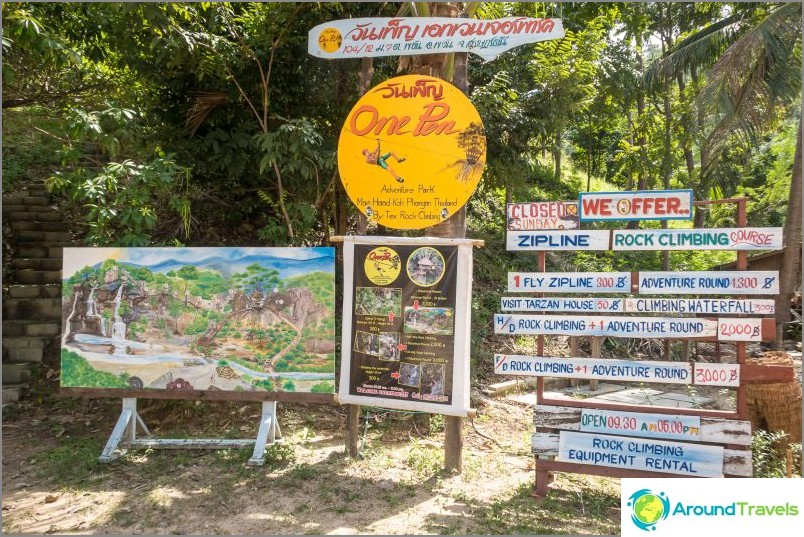 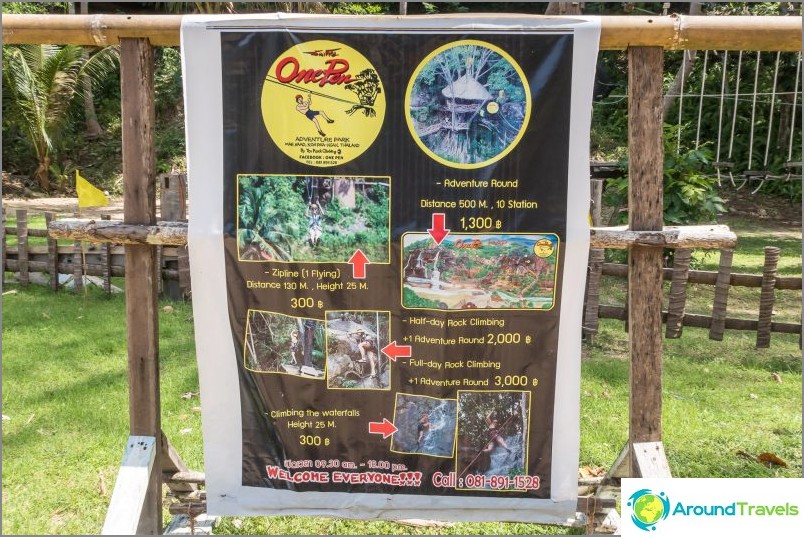 Map of the park near the waterfall Wang Sai

Map of the park near the waterfall Wang Sai:

Paradise Falls on Phangan - the most ...