According to some information, translated from the BashkirIremel is a "Sacred" or "Magic" mountain, according to other data, from the ancient Türkic this word is translated as "a place that gives a person strength." In general, both are true, it seemed to me.

We decided to make this small tourista hike to the top of the Big Iremel thanks to our friend who lives in those parts and adores his native places. He was our inspiration, guide, and you can tell mentor.

And so, one fine June morning the team fromfive people arrived in the glorious city of Chelyabinsk, from there to go on our next trip. We knew that getting to the start of the route to Mount Iremel, which is located in with. Tyulyuk, more convenient from the railway. station Elm, but it so happened that we had to go from Chelyabinsk.

From the Southern bus station we drove to the cityTrekhgorny, where our beloved friend was already waiting for us. The entrance to the city itself is only by passes, so we stocked up with food in advance in Chelyabinsk. Bus from Trekhgorny to with. Tyulyuk doesn't go every day, so we called a taxi right at the checkpoint. The road took us about half an hour, at least for conversations and discussions so it seemed to us.

And so the taxi stops and drops us off. Tyulyuk at the wooden gate of the recreation center "Rose of the Winds". We did not immediately understand what was the matter. It turned out that our friend decided to give us a surprise and arranged with the owner of the base so that we could take a steam bath in their wonderful bathhouse. Since this was not the first day of our long journey, such a surprise was very much the way.

The bathhouse was amazing! A real spacious log house, each time we pore, we ran out of the bathhouse and plunged into the icy river that was across the road.

And so, neat, rested from the road andSatisfied, we decided to continue our tourist trip to Iremel. Before leaving our faithful guide guide gave us a little briefing. How to protect yourself from ticks: lower the trouser legs, lift up the socks, fill the legs in socks, put on hats and most importantly, do not be afraid, there are not so many of them here. Having brought ourselves to full combat readiness, we set off. 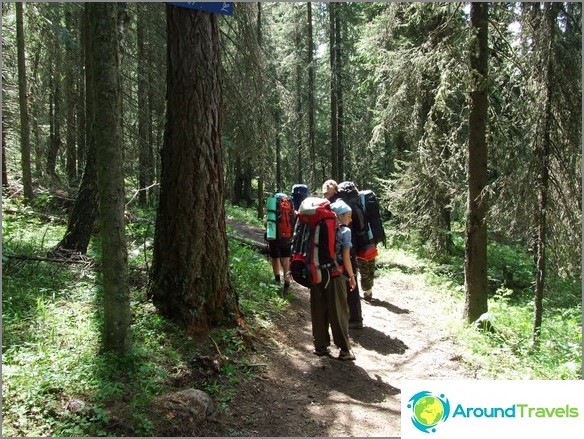 We walked for a long time, sometimes rising very strongly inmountain, sometimes almost on gentle terrain. Magnificent pictures of the Ural nature replaced each other. It is difficult to describe exactly what, but the Ural Forest is very different from Moscow Region. One of the main differences of places on Iremel, besides the vegetation itself, are the so-called “stone rivers”. These are clusters of stones, constantly slowly descending under their own weight from the slopes down the hollows. Very beautiful natural phenomenon! 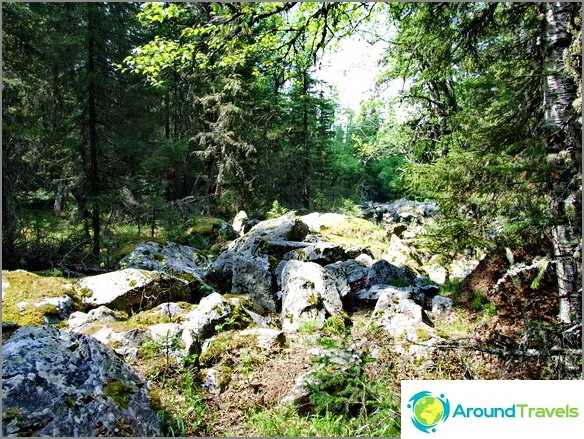 The higher we climbed, the closer we got tothe top of Iremel, the more the nature changed. It seemed that the local forest is like a layered cake: differences in vegetation and sensations are quite visible on each level. At first, the forest seemed to have just met and got acquainted with us, and then accepted and smiled at us. We had a serious halt only once in a clearing with a large stone, warmed by the sun. The rest of the time we just stopped at the mountain streams to take water into small bottles (it did not make sense to pick up large ones, because the streams were very common). What unusual after all this water is Iremelya! So delicious, clean, cold! 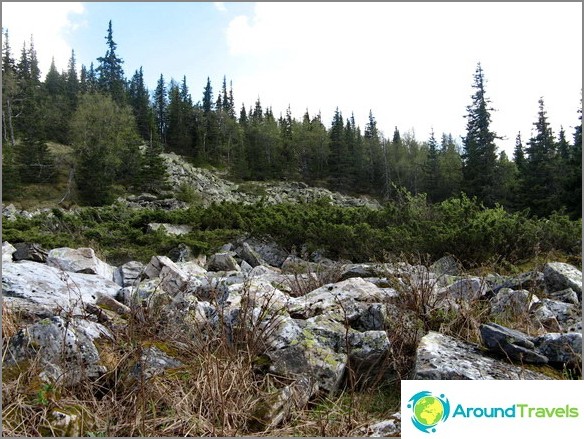 Toward the end of our route to Iremel we leftto an extraordinary clearing: it seemed that nature froze here or simply decided to be several months behind the total time and seasons. Our tourist trip took place in the middle of summer, and it seemed that spring was just beginning on this glade! On the birch trees small green leaves just appeared, the grass under their feet is so soft, young and fresh! Why in this place the time stopped, we did not understand, but it was interesting to make this little journey into the past.

One of the most vivid impressions of thishiking trip was a flat plateau, which offers a magnificent view of the Iremel Mountains and the rest of the ensemble of mountains and forests of the Southern Urals. Despite the fact that it was quite windy, I did not want to leave it at all. But it was already getting dark, it was necessary to have time to set up camp and cook dinner. 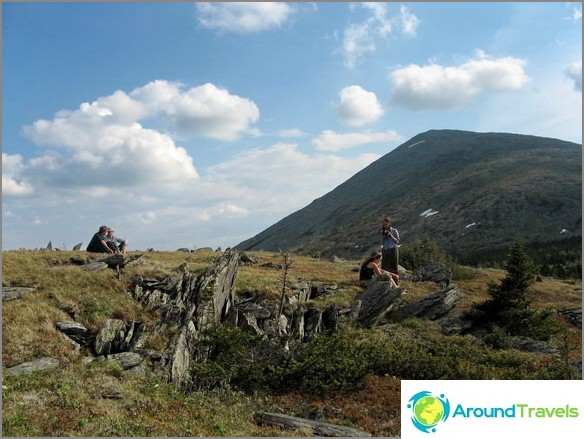 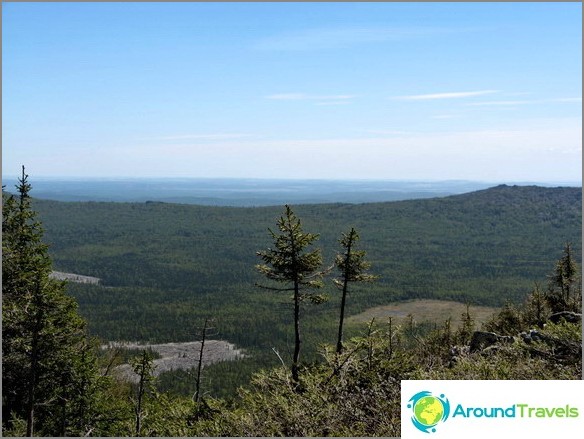 We reached the foot of the rocky mountain top andcamped out. The very summit of the Great Iremel is like a pile of stone blocks. In general, this whole place is saturated with the magic of time, the magic of antiquity. I never thought that the age of the mountains can be felt! It turns out you can. But to describe these feelings in words is very difficult. One feels the presence of something, or rather even of someone very wise, magnificent, powerful. 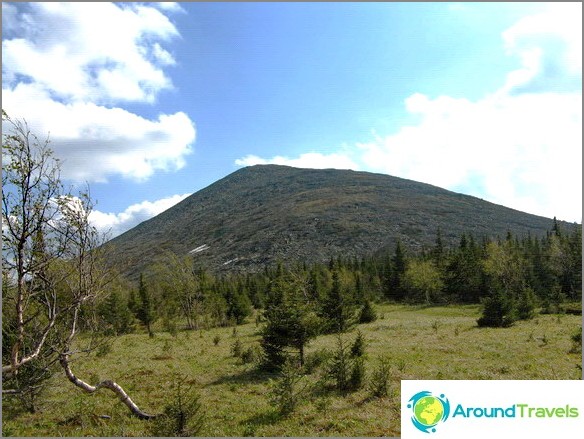 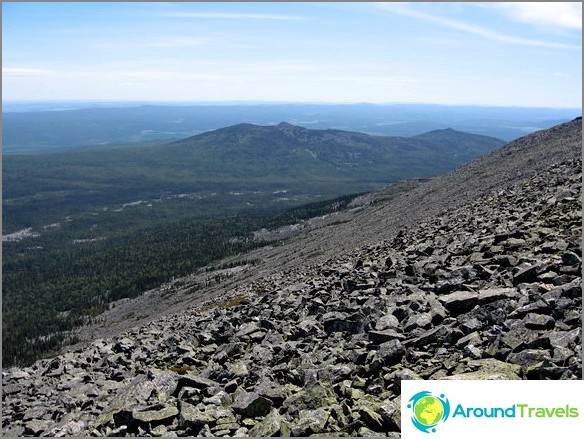 It was dark and the cold air with our fatigue quickly dispersed us through tents and sleeping bags.

Morning on Iremel. More than fresh. We wash in a cold brook, have breakfast and go to the top of the ancient owner of these wonderful places Iremel. Backpacks with tents left below, climbed light. It turned out that it was quite simple and fun to climb piled stones, many of which are almost from you in size, if not more. Although when some obstinate pebble suddenly began to move under their feet, it became not quite on its own. 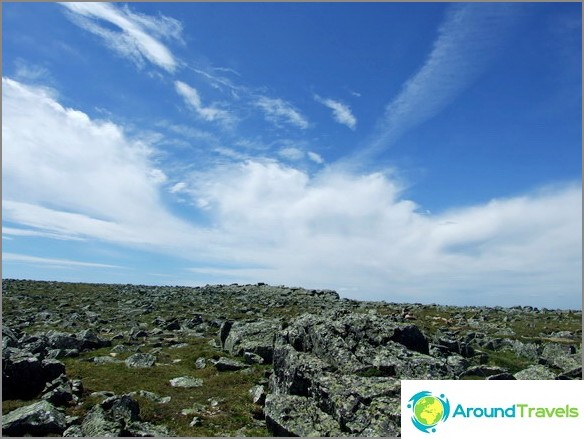 We got to the top of Iremel and were stunned byopen spaces and beauties to our eyes! Truly our tourist trip was not in vain! At first, we simply admired the views of the South Ural mountains, then our enthusiasm gave way to a desire to separate. Somehow, without saying a word, everyone dispersed along the rocky platform of the top of Mount Iremel. Someone went to the very edge, lay down on a stone hanging over a cliff, and looked at the sky, someone sat nearby and began to peer into the distance, someone went to take pictures, someone - to take pictures, someone decided to go around the whole area the peaks of Iremel around the perimeter, someone read the inscriptions on the stones left by those who want to capture themselves in eternity tourists. Everyone had some unusual condition and sensations. I really wanted to sing ... 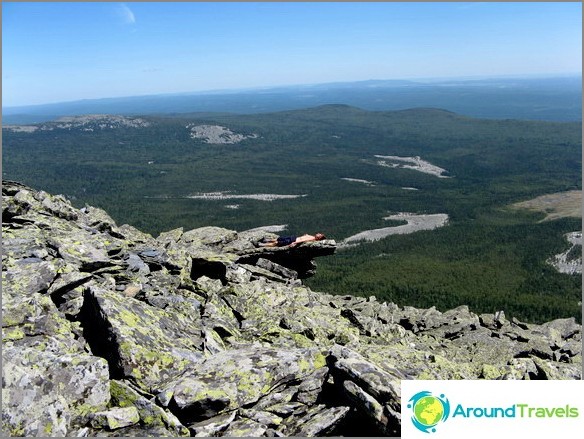 Stones with patterns of millennial lichens, man-made tours, magnificent views of the surrounding forests and mountains, the presence of antiquity, wisdom, experience accumulated over the centuries ... 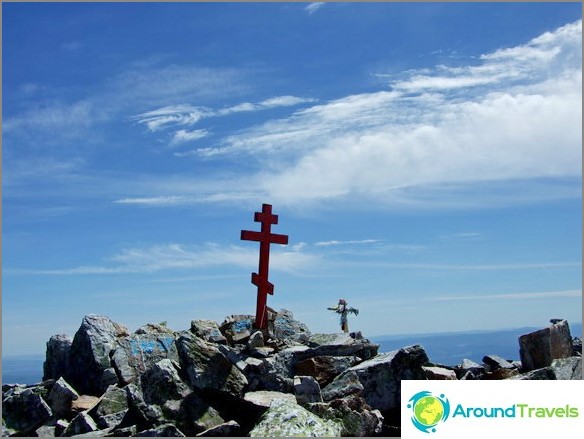 I did not want to leave. But sooner or later it had to be done - we were guided by the departure time from s. Tyulyuk bus, which runs only once a day.

Going down was a little more difficult thanto rise. Then it all happened somehow quickly. Such bright emotions were on top of Iremel that all thoughts were still there. Back we went pretty quickly, trying to catch the bus. They ran on strong slopes - it was fun.

On the bus, we had time. He was slightly overflowed, but overflowed with very kind, sympathetic people. In the cramped, but not offended, we safely reached station. Elm.

The interesting thing is that on my way back I stillOnce I returned to the top of the “Sacred Mountain”, and I suddenly had one very important awareness, or rather an answer to a question that tormented me for a long time, and suddenly decided somehow by itself. Thank you, Iremel! .. 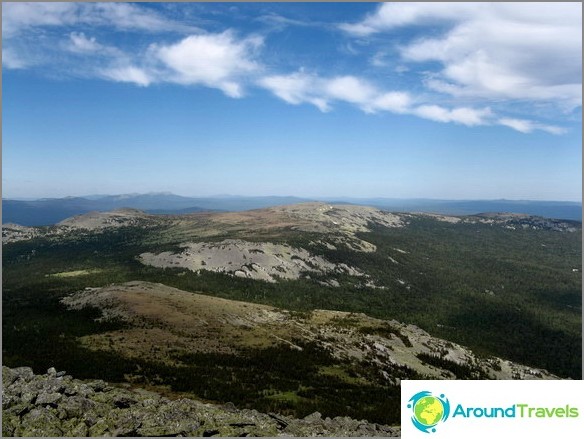 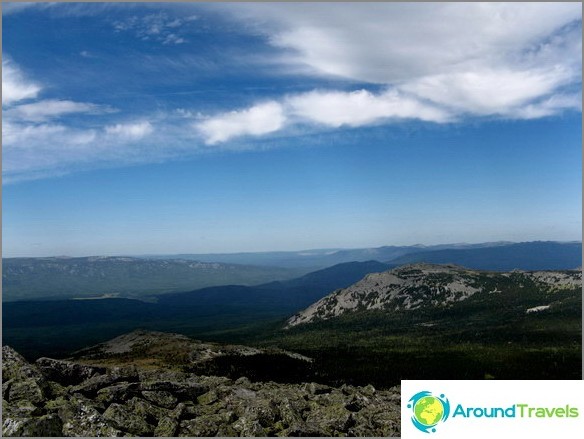 Arkaim, Chelyabinsk region - we are going to the place ...