I do not think this place is any specialviewpoint or noteworthy sight, but the events of December 26, 2004 showed that to know about the presence of such places is to stay alive. The Tsunami Refuge Building was built on the edge of Lo Dalam beach. That is, on the eastern edge of the isthmus, at the base of the mountains. Why this particular place was chosen, and not the center of the isthmus, where the tower would be equally close to all the inhabitants of Phi Phi Town, remains a mystery to me.

This is a tall building of reinforced concrete, with a closedthe room and the platform on its roof. The size of the site is about 10 by 15 meters, so if you can escape here, then in a great cramp. The enclosed space is not literally closed: you can always enter here as a whole - the entire tower is accessible for visiting (and rescue) 247. There are simply walls and windows with doors, apparently for shelter from the sun, bad weather and the accommodation of hard-hit people.

The smell inside is not very good, some glass is broken,graffiti on the walls. The tower is apparently used by teenagers for gatherings, although I did not see anyone there. From the top, a small view of the surroundings opens from the roof, the height is too small, but you can go and see. 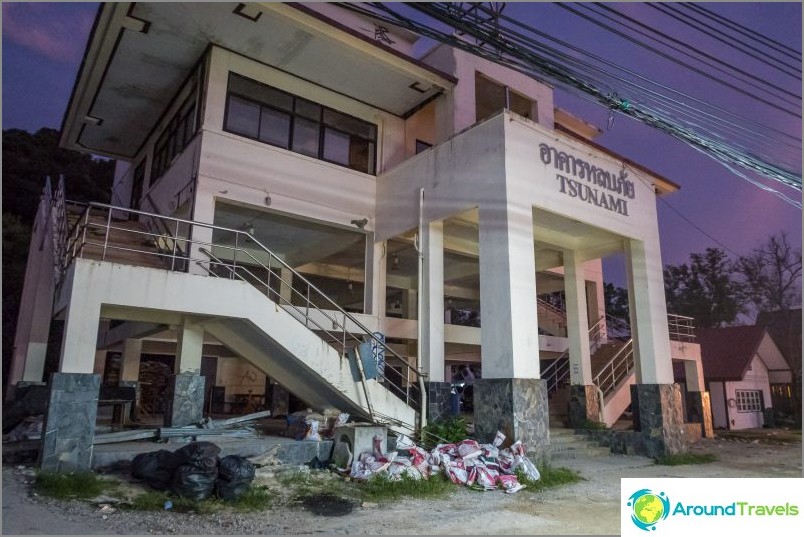 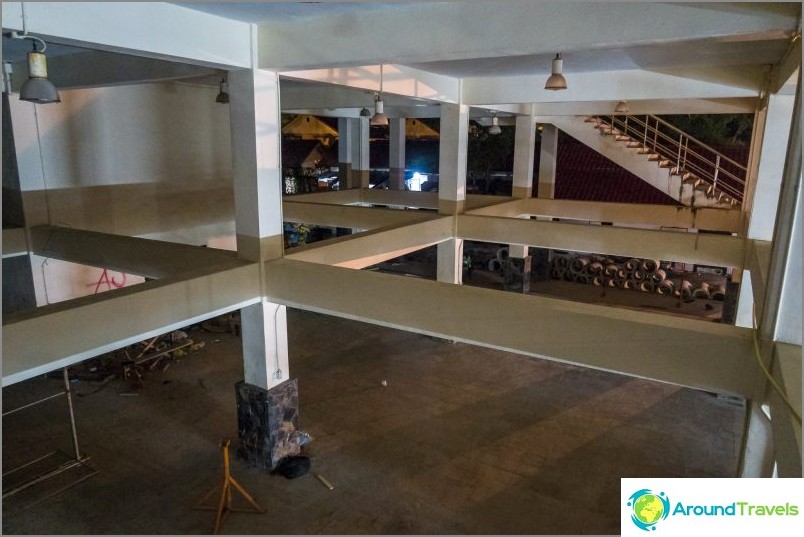 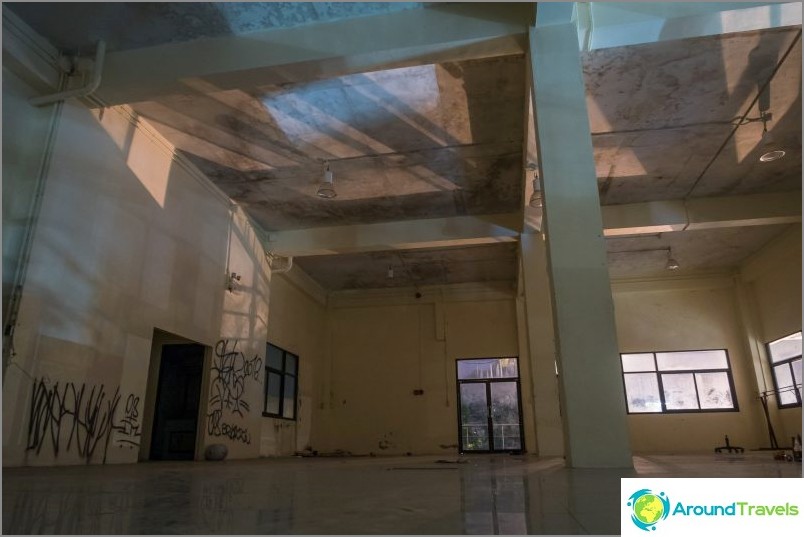 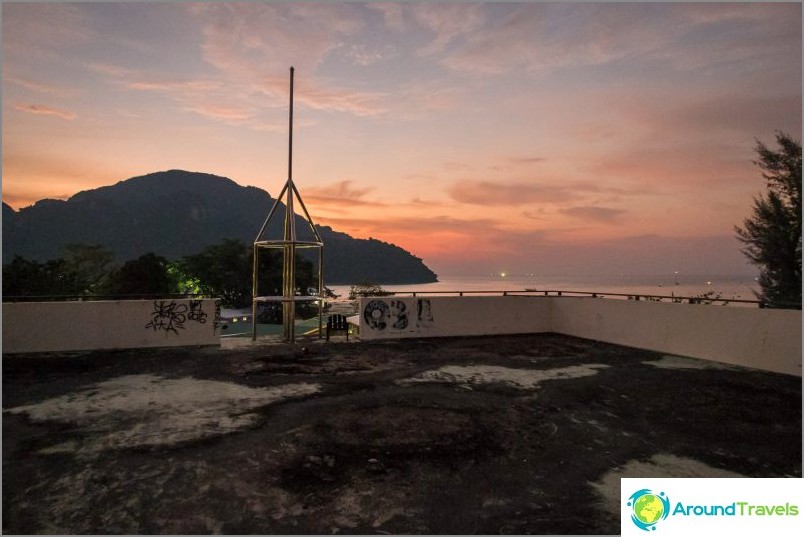 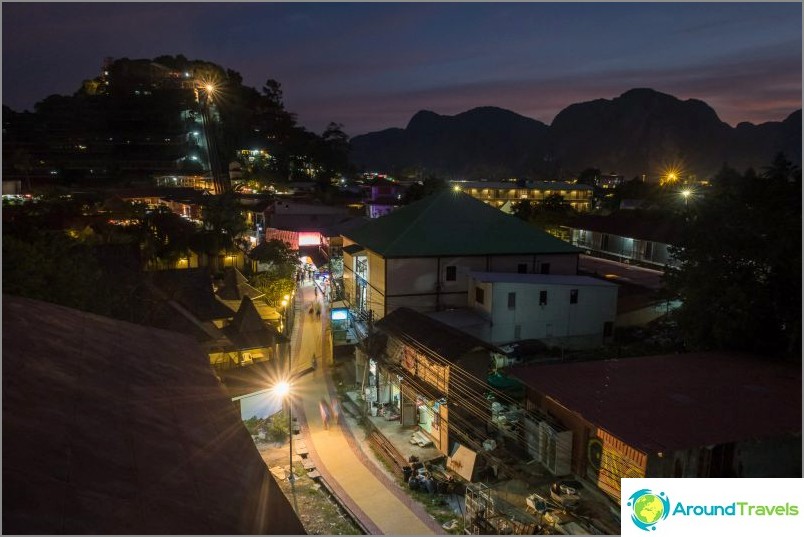 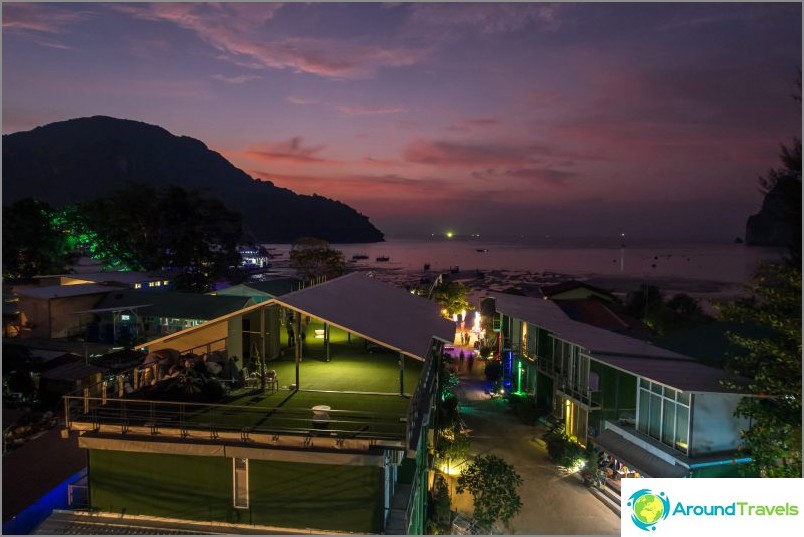 Interestingly, the building is built on conscience or not? And is it enough height? I hope those who built it, all taken into account.

Tsunami Shelter, or the Tsunami Towerthe tsunami shelter appeared after the notorious events of 2004, when the tectonic plate shift in the Indian Ocean killed more than 200 thousand people in several countries on the coast, including Thailand (about 5,000). But all the figures are very approximate, because a huge number of people just went missing. The underwater earthquake was estimated at 9.3 points and was recognized as one of the three largest seismologists in the entire history of observations.

What to do during a tsunami

Interesting, but in official documents from 2008the years I’ve dug on the internet, this tower isn’t yet listed. But all the surrounding mountains are called security zones. At the signal of the sirens (and you will hardly confuse this signal with something), run to the nearest shelter zone along the path nearest to you. According to the mind, it would be necessary to do it on the very first day, to walk around the neighborhood and see where to rush for something. 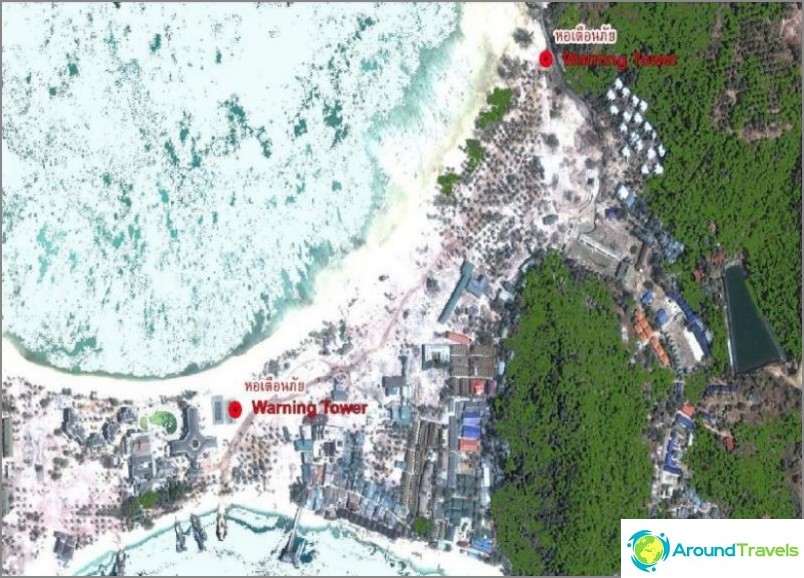 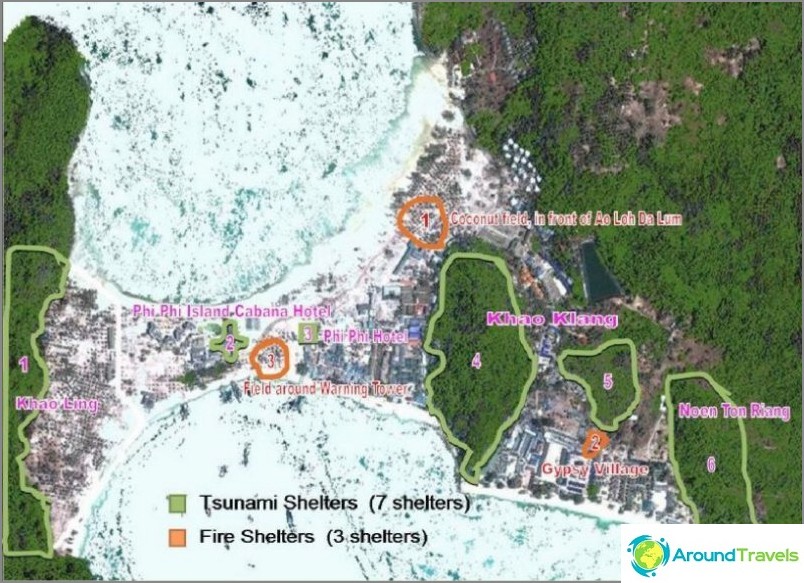 Where to escape from the tsunami at Phi Phi

Tsunami Tower (Tsunami Rescue Tower)
Rescue facility in case of a tsunami, but now - this is a small viewpoint.
Read more. 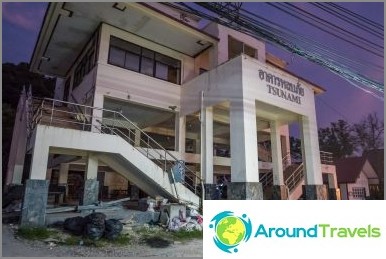 Rescue structure in case of a tsunami, but now - this is a small viewpoint. In more detail.

Crimea route "Through the mountains to the sea" + ...