Insurance claim in Thailand on Samui - Liberty and Samui International

So we have another experience of addressinghealth insurance. Yegor got an ear ache, and although the problem was not very serious, it’s impossible for us to joke about this matter. Any otitis is a chance of hearing loss, which is not good at all. Therefore, in order not to take risks, we immediately decided to go to the hospital, all the more so if it was in vain to buy insurance, it is for this that we need it.

Unfortunately, since 2016, Liberty has become worse. Sure to look My main post about insurancewhere I told you how to choose insurance and howuse it properly to minimize failure. I also made an insurance rating after analyzing a huge amount of reviews and my personal experience (plus a little bit of insiders). I try to update it promptly so that workers can always choose insurance.

On this trip, I bought Liberty insurance for everyone (buy better on Cherehapa), more guarantees. Daria and I are covered with $ 30,000 and Egor with $ 50,000.

Before we go somewhere, we called Vayberto the phone number specified in the policy. On Viber, I put the money in advance so that you can call all sorts of phones at any time (more about how to make cheap calls to russia). In the call center I was asked for the policy number, all the data on it, and the reason for the appeal. After that, they confirmed that they would pay for the visit to the doctor, but not connected with chronic diseases (I said that my son had hearing aids), and they called the hospital where to go. Everything is pretty fast. Also asked to send them a policy by e-mail, because it was not in their database.

Samui International Hospital is located inone of the popular beaches is Chaweng. Bangkok Hospital is also here too. And if you want to choose housing just in case, initially not very far from hospitals, then you can search for hotels nearby RoomGuruall discounts there.

Liberty works with Class-Assistence,who directs to Samui at Samui International Hospital (SIH). This is not the best hospital on the island, but for the sake of justice, I can say that many assistants will direct there too. The hospital seemed to us to be somewhat similar to our Russian medical institutions: a simple hall, not a renovation, everything is clearly not new, no pathos. True, there is a pool that does not fit into Russian realities at all. 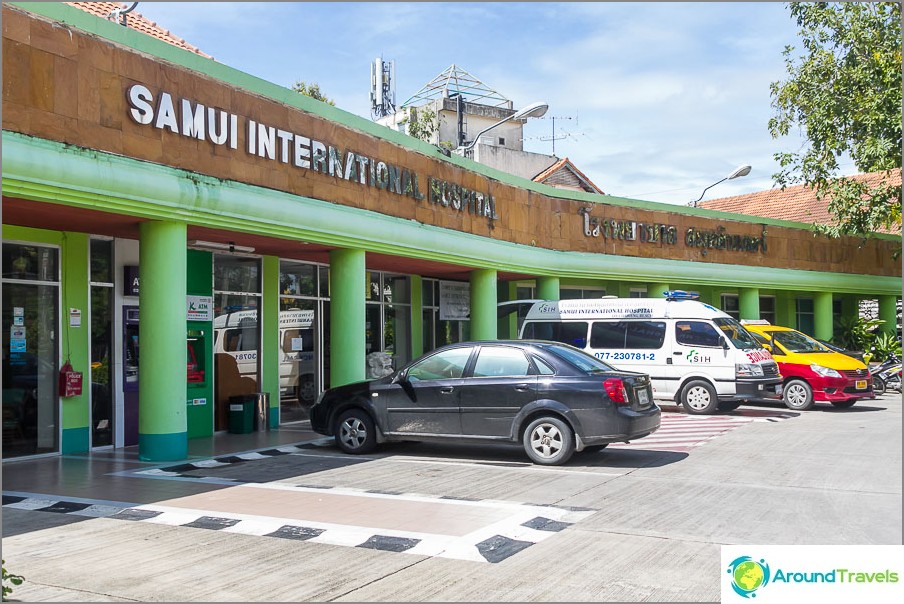 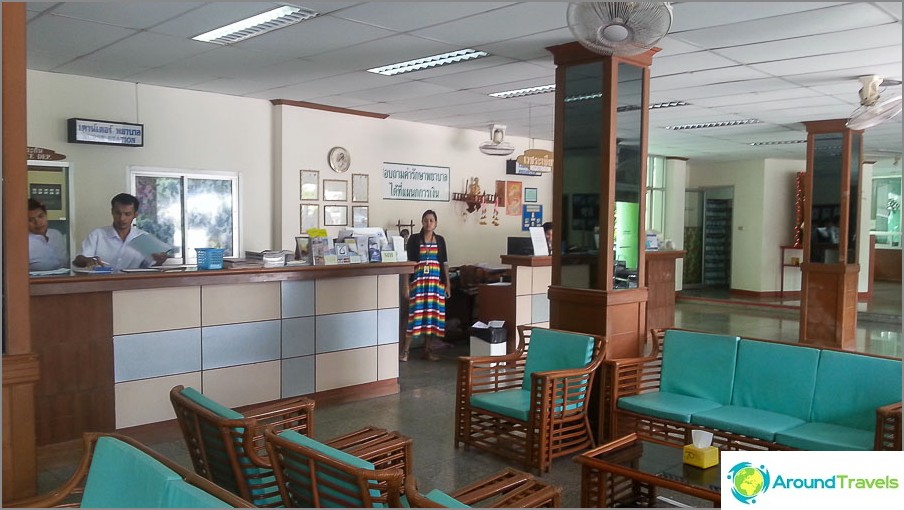 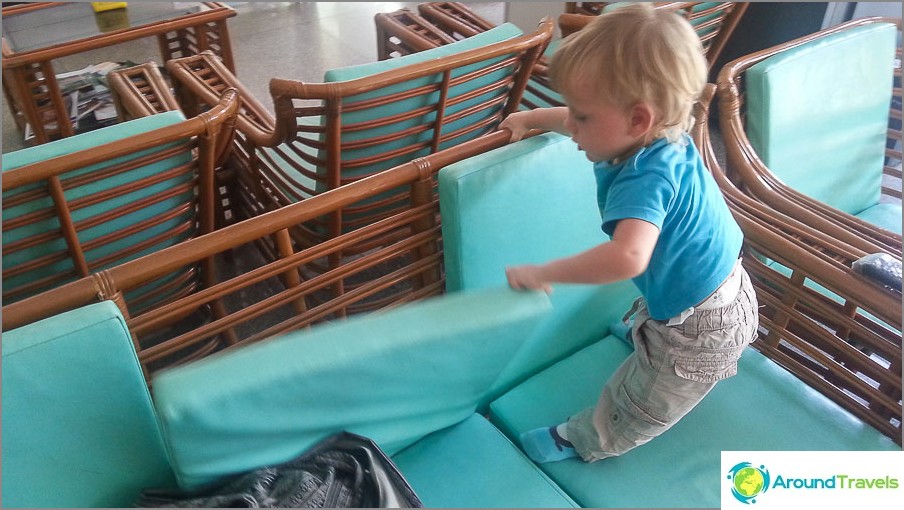 Children have things to do, such as pushing pillows 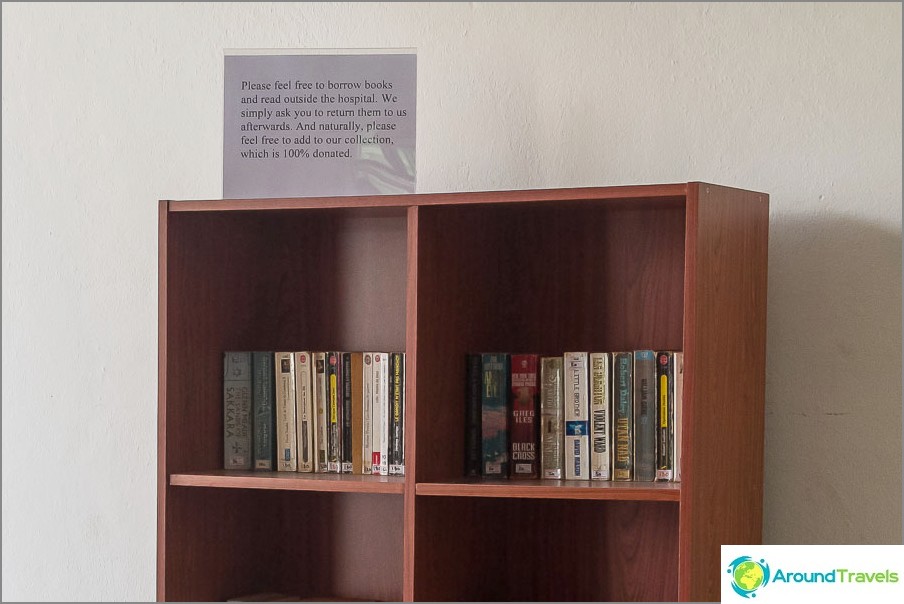 In the hospital, you can take a book to read 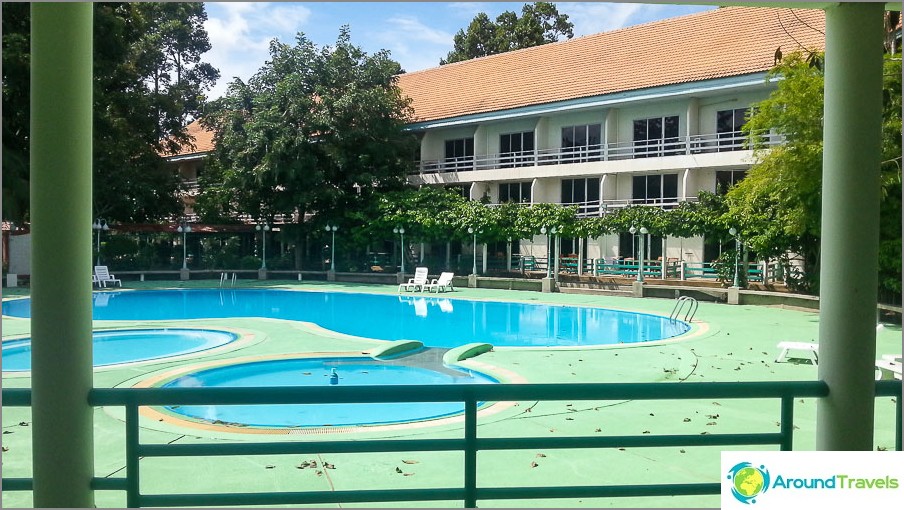 There is a swimming pool in the courtyard.

Upon arrival at the hospital

At the reception listened, asked them to give orpaper copy of the policy, or send to email. It's good that I have a saved version of the policy in the mail, and it is also saved on the phone on the flash drive. Issued a memo in Russian, which describes the procedure for treatment, and in particular, that they pick up a passport as a deposit. The passport is kept with them until the insurance confirms the payment of the invoice (usually about 3 days). Otherwise, you have to pay yourself. Probably, all inexpensive assistants work this way, because when they visited the same hospital, they didn’t take away a passport when they went to the same hospital, but under insurance with an ISOS assistant.

We waited for the queue not for long, totally no more than 15minutes First, Egor was measured for temperature (just a minute with a mercury thermometer!), Weighed it, and then they called for a doctor. She quickly looked at the ears, said that one ear was all red and an antibiotic should be put in there, and if it did not help, then it would have to be given orally. She reappointed herself after 4 days.

After we left the doctor, we were sent tolocal hospital pharmacy, where they issued a bottle with drops. It was written on the bag when and how much to drip. Conveniently, no need to go anywhere else. I also signed an invoice for their services, which amounted to 2,920 baht: 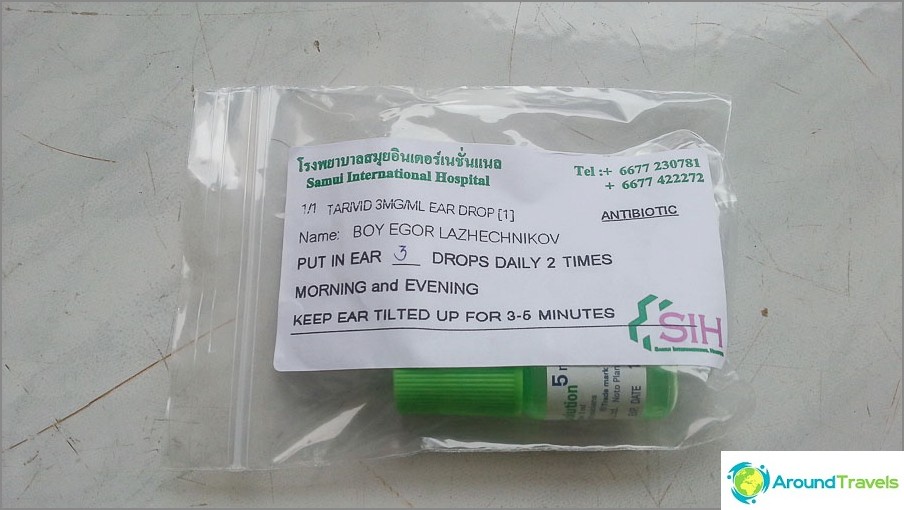 Drops, issued in the hospital pharmacy 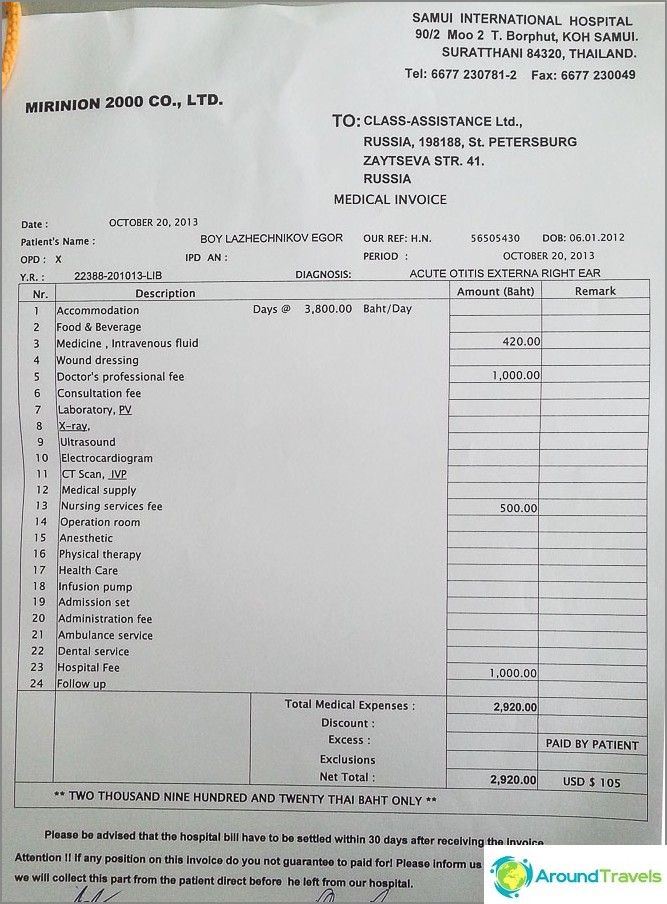 It is said that if you do not go through the insurancecompany, prices will be lower. And this is how Moscow’s pricing works for itself - we have a pediatrician’s call for a house costs about 3-4 thousand rubles, and on-site admission is about 1.5-2.5 thousand rubles.

We didn’t go to the next appointment becauseneed to be carried out again through the insurance, and Egor's ear has ceased to hurt. I took my passport about 5 days later, having previously called the insurance (3 days after the appeal) and asked them to hurry.

P.S. Here is an experience like that, neither positive nor negative. Do not be ill! And choose the insurance carefully to really help you in a serious case. All the details and nuances of insurance, read in my article about - health insurance in thailand. I highly recommend for children to do a better insurance, otherwise the son was already in intensive care, which cost as a wing from the Boeing.

Search hotels - search for hotels around ...

What to see in Hua Hin - attractions ...