A trip to Tallinn for the weekend

If you want to experience the spirit of the Middle Ages ina separate country - where every cobblestone on the pavement keeps on itself the traces of knights of that period, where the walls and back streets of ancient buildings still contain secrets of intrigue and love affairs of their hearts, you will certainly need a trip to Tallinn for a weekend, well, or how at least for the weekend.

Without false modesty one can say that Tallinn- the most beautiful city in the Baltic States and one of the most unique cities in the world, claiming to be the title of an ancient historical city that has retained its original identity.

It is this combination of medieval architecture with the infrastructure of modern civilization at the highest European level that attracts guests from all over the world.

A person who first came to Estonia and to the cityTallinn, the first thing that catches the eye and this is natural, the spire of the church of St. Olaf. The unique Gothic building began its existence (in any case, documentary) as early as the 13th century. For centuries, the building was completed and rebuilt, and by the 16th century it was the tallest building in the world with a height of 159 meters. But as they say, beauty is worth the sacrifice .... The church on the altar of its beauty brought exactly its height. During its existence, it has not once been subjected to lightning strikes and was burned to the ground more than once, as a result of which its current dimensions, as compared with the original, were reduced by as much as 30 meters, but still, its current dimensions allow it to be isolated and identified. as a unique historical building on the entire Baltic coast.

Further, one can not but mention the distinctive featurethe period of the Middle Ages, which left its mark in modern Tallinn - knighthood. As the bearer of the title of keeper of ancient architecture of that period, the city still has its knight’s house.

As a symbol of military safety and security, homeKnights today, albeit conditionally, is at an unattainable height. To get into it, it is necessary to overcome a hilly hill on foot. And only having overcome this high obstacle you, as if, involuntarily become a witness to the secret of initiation into this ancient class.

Another unique nuance of the city of Tallinn,which has recently been gradually eliminated in many cities of the world and, more often, it can now be seen only on postcards, these are ancient cobblestone pavements.

In the city of Tallinn, you can not only see them,but also go over them, and surrender to thoughts about the frailty of existence, about the uniqueness of every moment and the pleasure of being on this beautiful Earth.

Add to this the clean sea air of Estonia,a unique leisurely atmosphere of life, along with the modern benefits of civilization, and you will receive a huge charge of vigor for a long time to come and an overwhelming desire to return here again. Therefore, if you have the opportunity to travel to Tallinn for a weekend, then do not delay, but rather take a couple more days of vacation. 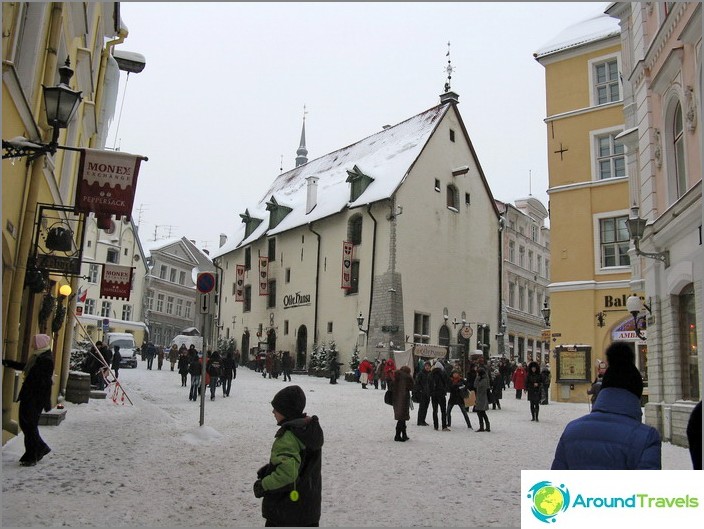 Trip to Europe by car