Offer to visit a Russian restaurant in Thailand(and Phuket in particular) usually divides tourists into two categories. The first ones laugh, “Am I not full of borscht at home?”, And the second ones groan with happiness, “Bozhechka, at last a normal meal!”. Moreover, the first category easily goes into the second in a week after tom-pits, pad taev and mu-pings. The owners of the Veranda have restored to the eternal holivar a simple solution - to take the best from both kitchens. Veranda Restaurant in Phuket is a successful combination of Thai and Russian menu in the same room. That is the case when chili fans and bored dumplings can eat at the same table. At the same time.

Russian restaurant this institution can be calledconventionally, because the menu includes not quite traditional Viennese schnitzel with french fries, Bavarian sausages or lasagna. The menu of the Veranda Restaurant in Phuket is a mix of the most popular dishes from around the world, including our dumplings, dumplings, cabbage rolls, pancakes and other names that caress the ears and ears of the Russian people in a foreign land. From the Russian there is still a tolerable "great and mighty" among some waiters and cartoons that are played on a large monitor for children. By the way, for them there is a separate, children's menu on the first page.

The dishes of Russian and European cuisine are at the level ofdishes with seafood, but it is traditional for any foreign countries and personally the price tag did not seem to me to be over-battered or unfair. Restaurant Veranda - a place where Russian dishes are prepared with little or no deviations from traditional recipes. Knowing the problems with the products of Thailand in this regard, where the flour is not the same, and the salt is different, and the mayonnaise will not find the right one - I declare that the quality of the performance of our dishes at the Veranda is more than worthy. Plus - they offer complex dinners, where small portions, but in general, enough for a full snack. In the heat, in principle, do not eat much.

Thai cuisine Verandas slightly adapted forcompatriots who are not ready for the true power of the dragon and cry like children if they make Tom Yam like Thai people spicy. So chili in Thai dishes add quite a bit, like in a Thai kindergarten, and it comes to people with a bang. As are the dishes from the grill, which are prepared from the heart and are prepared by the chef very tasty. Veranda Restaurant in Phuket is almost the only place where you can eat barbecue, which is Real Barbecue, not sour-spicy-sweet meat with the smell of smoke. 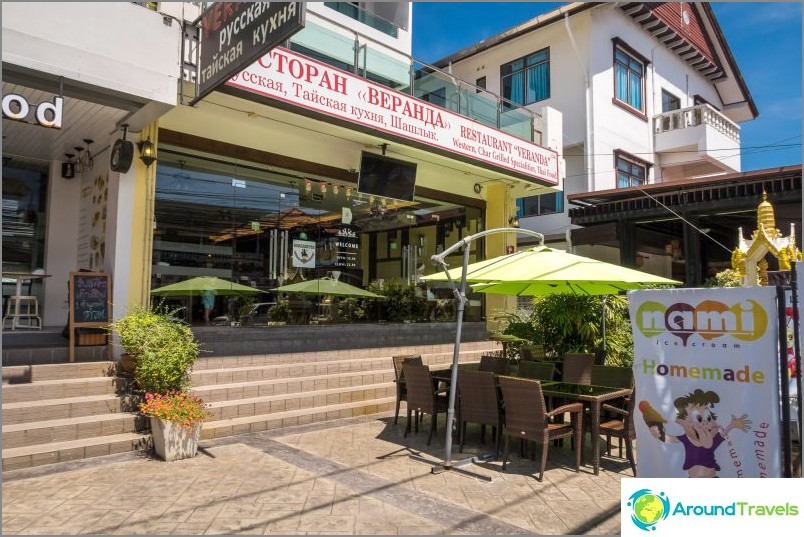 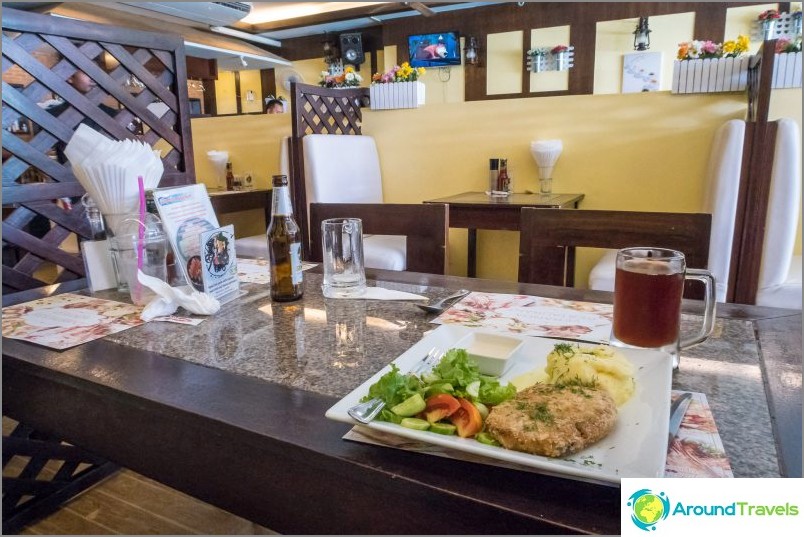 I took a cutlet, mashed potatoes and kvass

Air-conditioned room that pleases. The tables are separated from each other by partitions and in general the interior is not Thai, but closer to the European one. Though I do not suffer from Russian food, but it was fun to stop by and eat something familiar from childhood. Especially since my friends went there and we met there. Mashed potatoes and meatballs such as they should be, kvass are also norms.

Opening hours of the Veranda Restaurant in Phuket: from 12 to 22. The sooner, the fewer people, and in the evening such options are also possible that you will be offered to sit down with the already placed guests. The place is popular, people have trodden a wide path, so they have to be more democratic and reduce the comfort zone. If necessary, you can order food from the Japanese restaurant Tokio Seafood across the street from the Veranda. You shouldn't come to the restaurant with your own alcohol, which, however, does not stop some ingenious tourists, who can cheer the waiter through the entire hall, and pour water into a glass under the table.

The restaurant has underground parking, butuse it only for VIPs and for the needs of the restaurant. Since the street is one of the busiest, there may be difficulties with parking, so see the place 100 meters to the right from Vernad - on the territory of the temple of Karon (except Tuesday and Friday, when here startsmarket). There, near the entrance to the temple there is a paid parking. As an option - travel around the Family Mart, well, opposite the very Verandah or Tokyo - if you come on a scooter. 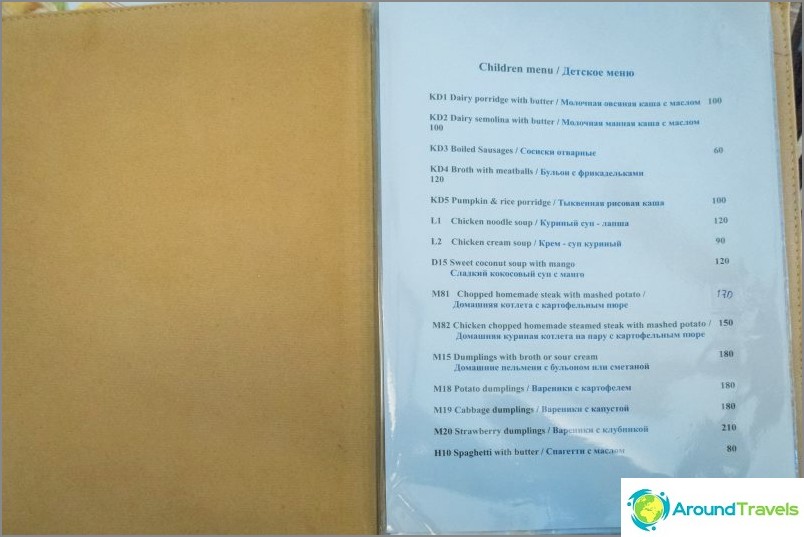 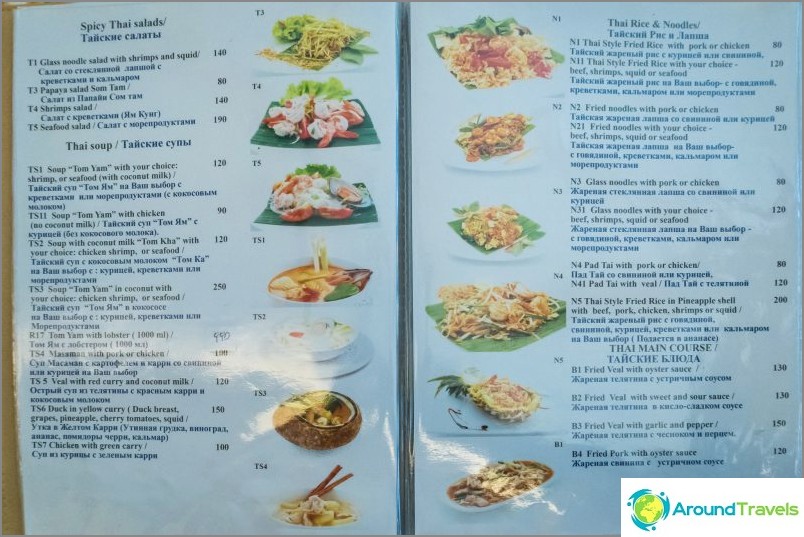 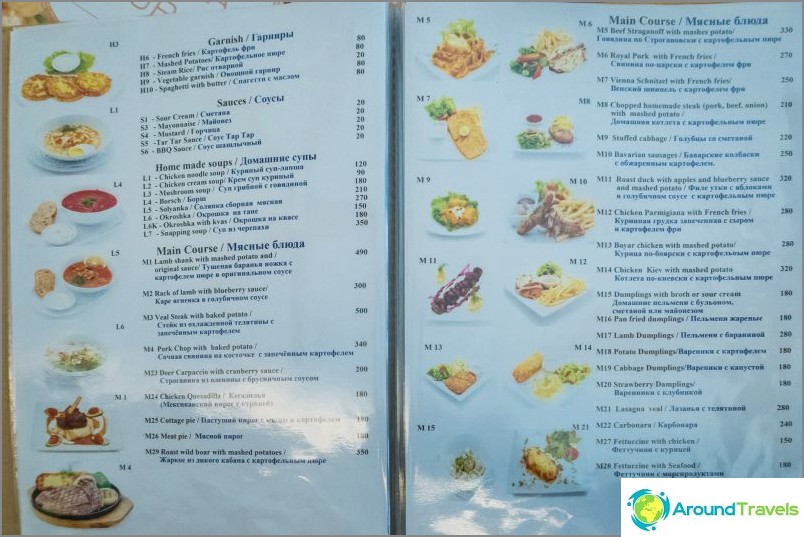 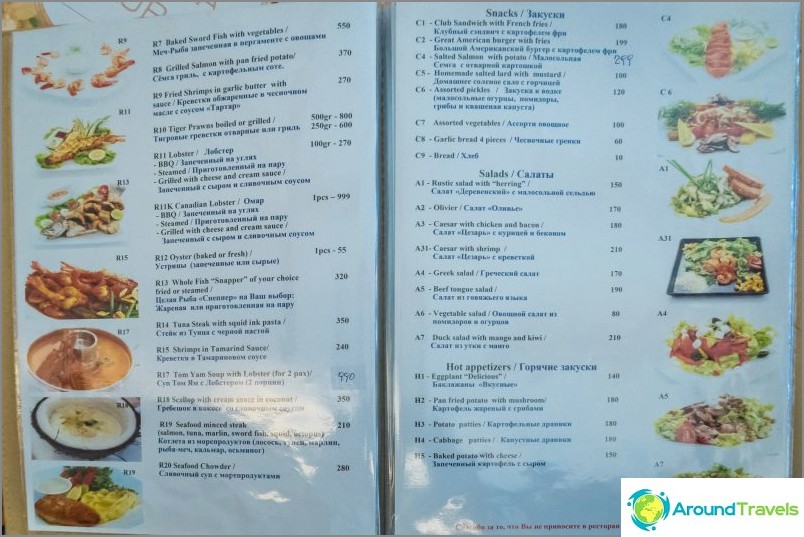 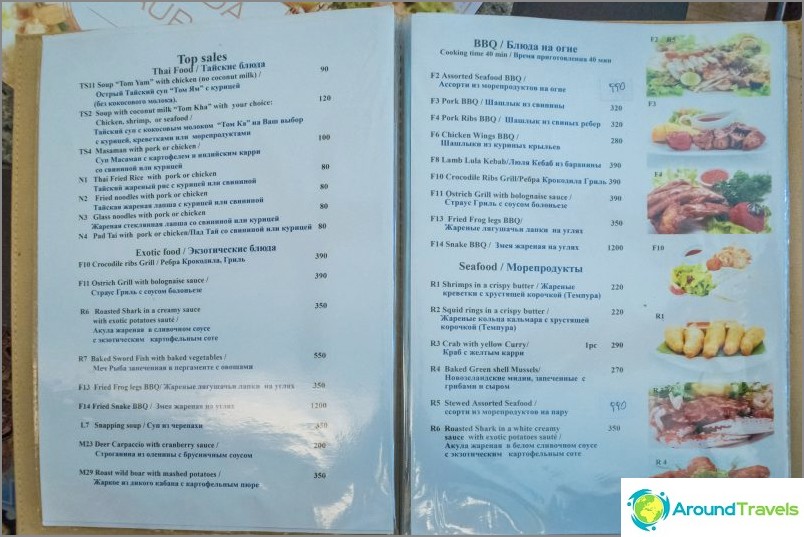 Is situated on Karon beach near the temple, on the main road.

Restaurant Veranda
Quite a popular restaurant with Russian cuisine on Karon Beach. European interior. There is also Thai adapted food.
More about the restaurant. 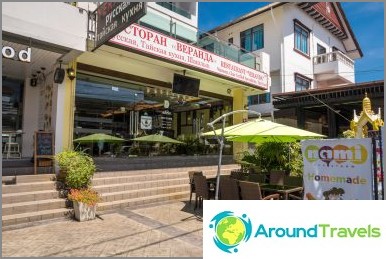 Quite a popular restaurant with Russian cuisine on Karon Beach. European interior. There is also Thai adapted food. Read more about the restaurant.

Wat Suwankiriket in Phuket - the temple on ...

Temple of the Reclining Buddha in Phuket - Wat ...