The observation deck at Cape Promtep - the southernmost point of Phuket

Great place in Phuket for those who lovea long, long ride, and then a long walk. The southernmost point of Phuket, and the farthest from the bridge between the island and the mainland. It formed a beautiful rocky cape, stretching from north to south, organically completing the already beautiful view. Long before tourists chose this place, the military had their eye on it - a strategically convenient area. Therefore, a lighthouse museum was built here, and a monument to Admiral Krom Luang Chumphon is still standing - one of the many monuments that are built in his honor throughout the kingdom.

To not get up twice, I will continue immediately aboutadmiral and about why he put so many monuments across the country. His main merit during the years of his life (1880-1923) was the creation of the Royal Navy. Being the 28th (for a minute) son of King Rama the 5th, from an early age he showed abilities in navigation and maritime affairs. He then spent six years in the British Naval Academy. Upon returning home, he was intensively engaged in the development and modernization of the Royal Navy, where he succeeded and in 1922 became Commander-in-Chief of the Royal Navy.

Not far from the monument, which is made inlife size, there is a beautiful building of granite (well, or a stone similar to granite), which has never performed the function of a lighthouse, although it looks very much like it. The lighthouse was built in 1996 to the 50th anniversary of the reign of King Rama the 9th, who died in 2016. If someone floods you, that the dome of a bell-shaped building is made of pure gold - do not laugh too loudly. At best, gold is real, but a leaf that Thai people glue everywhere on dead monks and Buddha statues.

In addition to historical points on Cape Promtep(Promthep Cape) there are two viewing platforms. One is at the extreme point of the cape, which can be reached only by jumping from the tourist paths and spending about twenty minutes trekking on the rocks. By the way, there are few who come from tourists, I have reached and I will not say that this is directly necessary, but it is worth going

The second one is more likely not even an observation deck, but a viewing path with palm trees, from where a nice, resort view of the sea and the neighboring shores of Phuket opens.

Closer to the entrance is the statue of Brahma, which is striking by the fact that hundreds of elephant figurines are instructed around it. Why elephants are the answer - I find it difficult to answer, but there’s really a whole herd. 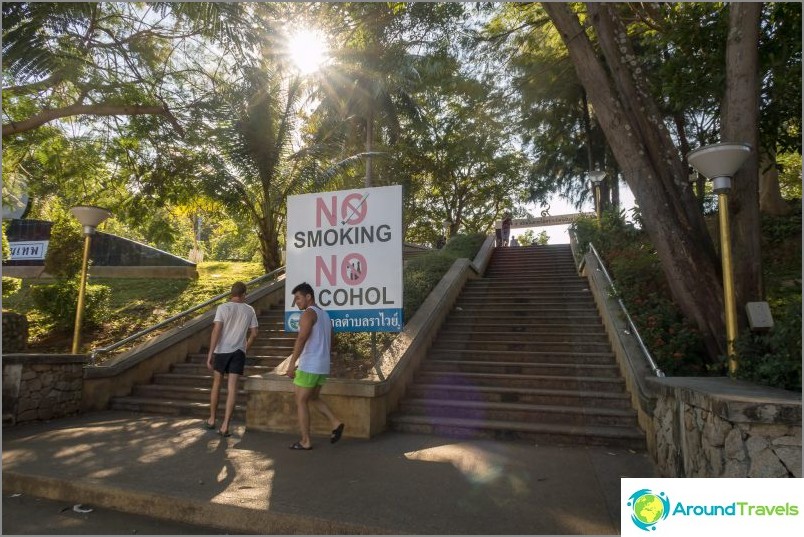 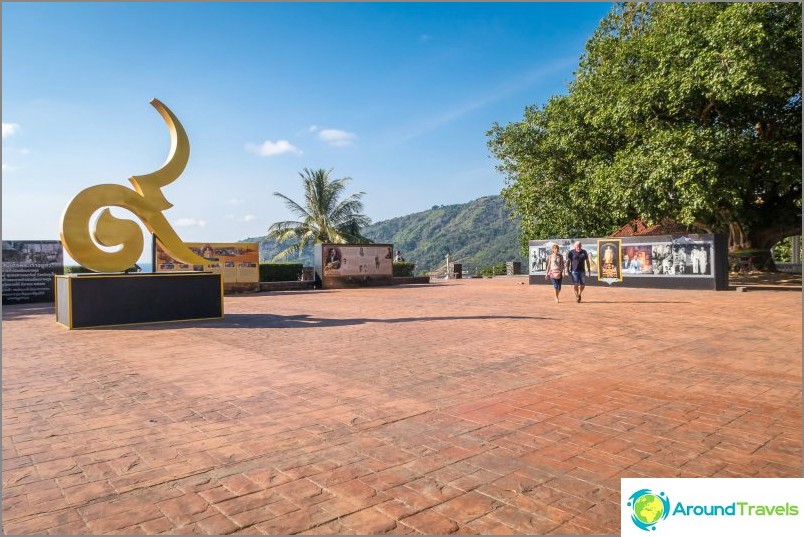 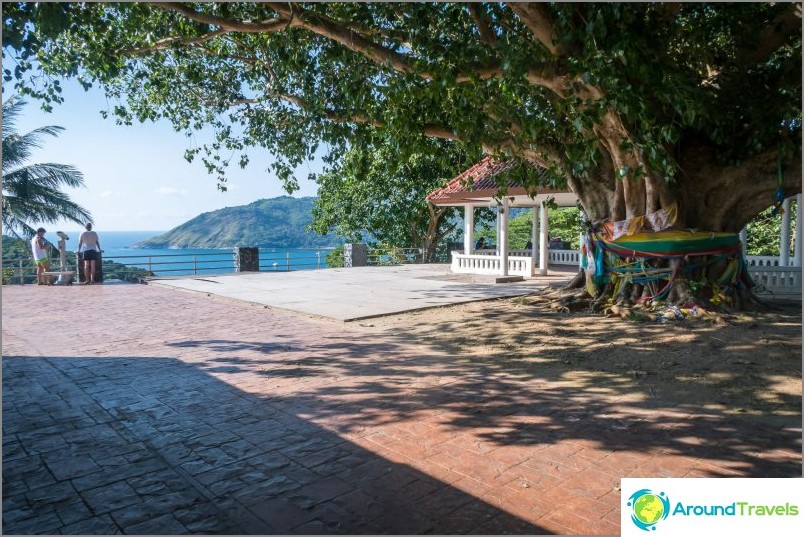 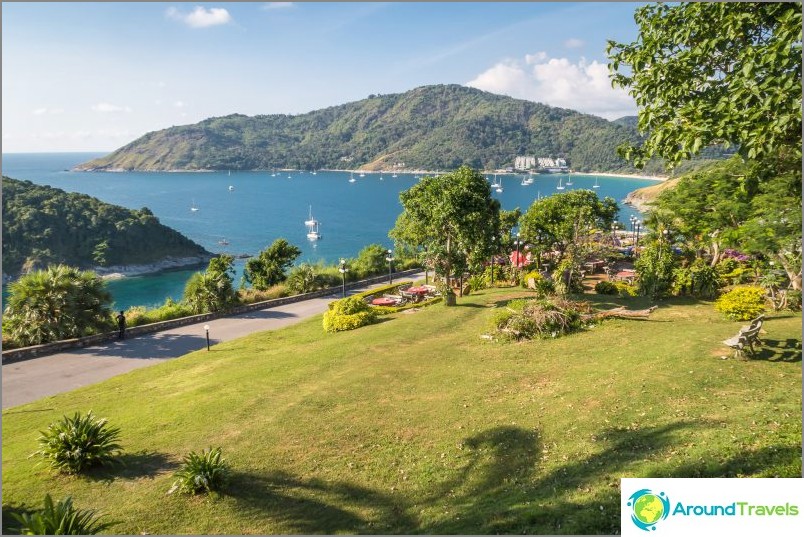 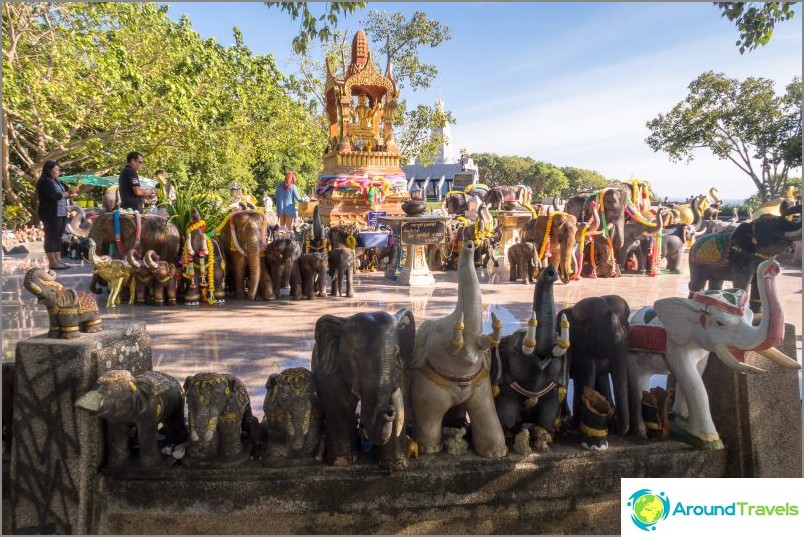 That same herd of elephants 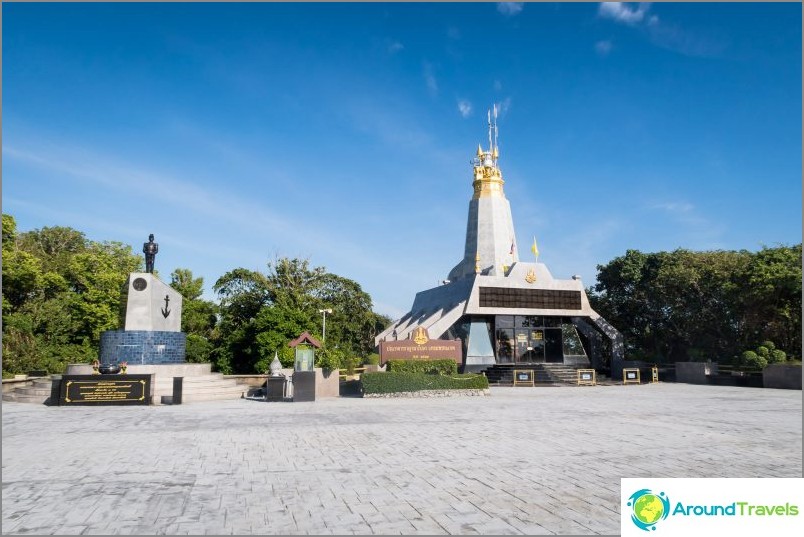 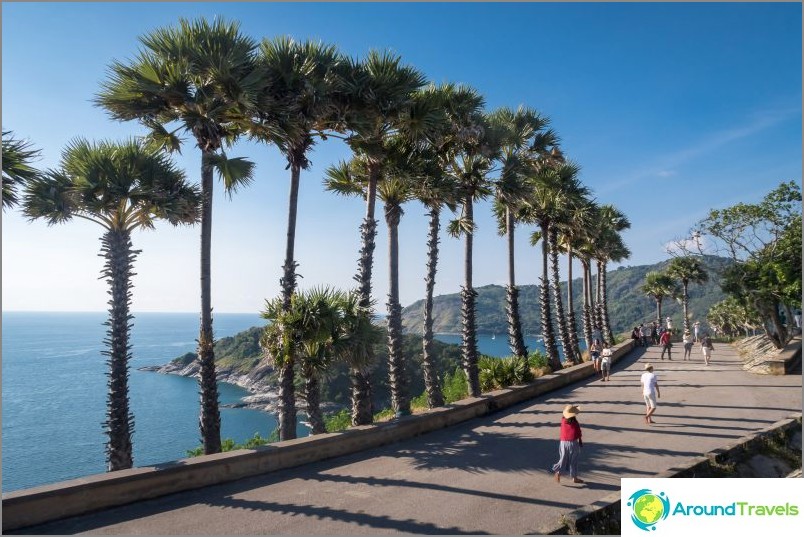 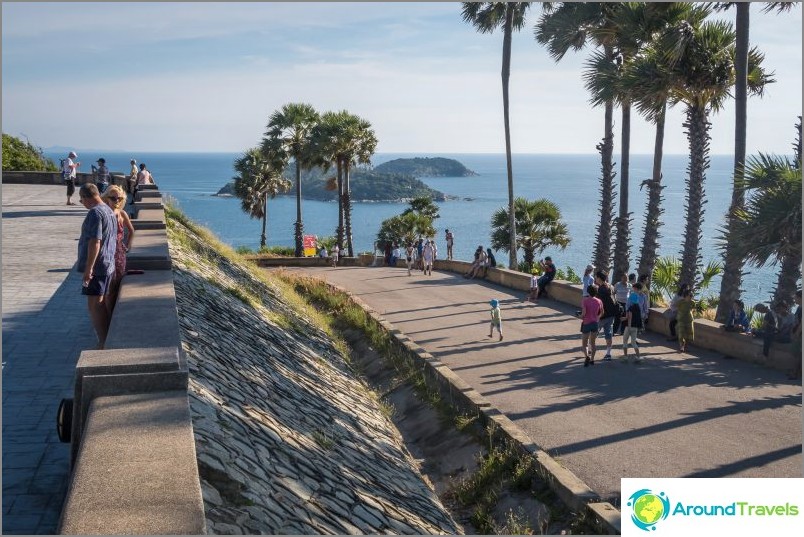 If you walk along the road, then there will be Cape Promtep 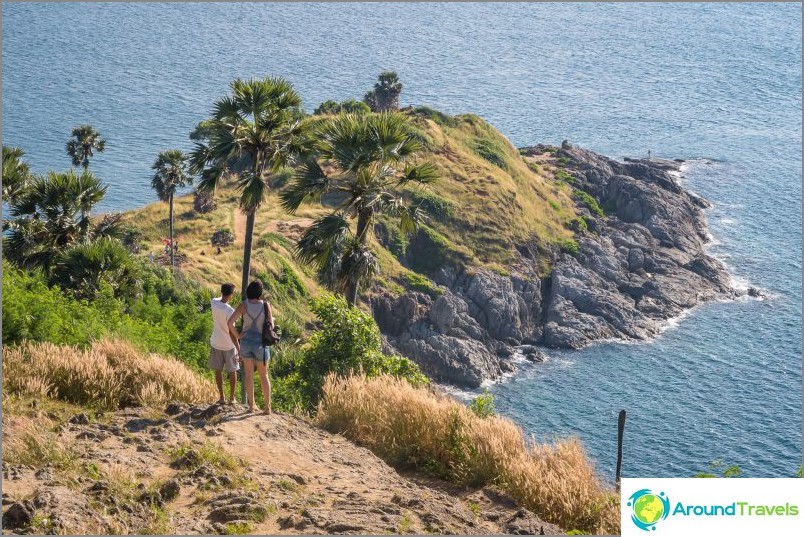 One can see Cape Promteph on Phuket 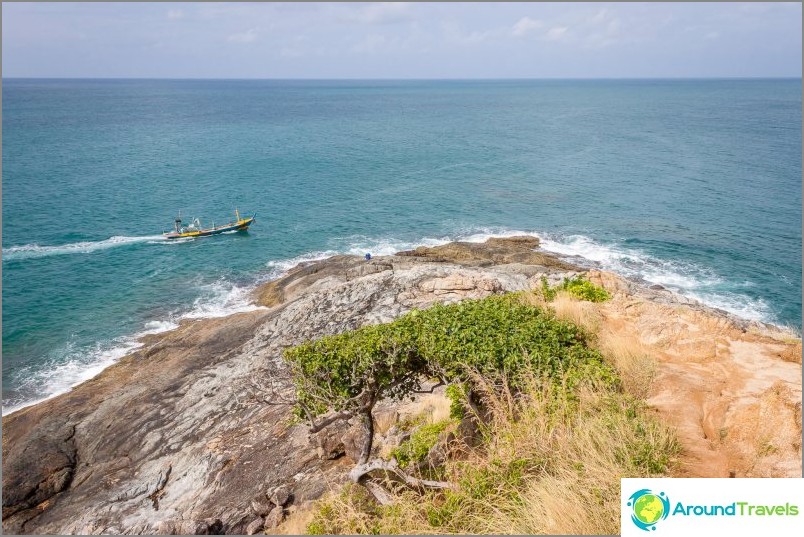 And it's better not to swim here, the shells on the stones are very sharp

The place is very touristy, popular andcrowded. So, if you want to be there alone, I recommend to come here early in the morning, at 8 o'clock - there will not be a soul. Or closer to sunset, there will be a nice soft light. It's hot in the afternoon. In the evening there are mosquitoes, attacking immediately after sunset.

It is forbidden to drink alcohol and smoke openly.

Shops at the foot of the stairs went down a bit whenpricing, pass them by. Buses with baggage are brought here, so there can be no low prices here. Also expensive in the cafes, and food, and drinks.

This landmark is often included inisland tours. Another option is to get a rented bike / car, this is the easiest. You can also get a tuk-tuk or a taxi from any beach, but it will come from 400-500 baht. From Phuket Town there is a bus for 30 baht, which travels 1 hour to Rawai Beach, from where you can stomp on foot for 20-30 minutes.

Map of Cape Promteph on Phuket

Map of Cape Promtep in Phuket: