I found out about this observation deck in Sochiquite by chance from the recall, did not even know about its existence, although I had already traveled here many times. It's funny that we find some good places not as a result of targeted searches, but simply by coincidence. Honestly, I like such places more than those about which I previously found out everything interesting. The people - Species Tower, in the past - Cafe Windrock, in the present - Cafe Panorama. In fact, it does not matter what the name is now, but what is important is that there is an observation deck overlooking the city and the sea. Located on a hilltop, in the middle of the Alpine street of the city of Sochi.

I drove here on the navigator on YandexCards, gotthe second time - inadvertently slipped a turn into a hill. If you go here by car, you will understand that such a mistake in that area is completely excusable. You are waited by a grid of narrow streets with differences in height and sharp turns, cruel traffic and driving features in Sochi - all this does not allow you to relax for a second. As soon as I got distracted, I flew the right place and then I could look for a U-turn for half an hour. But be that as it may, I found the tower.

Directly near the Species Tower in Sochiparking pocket for several cars, combined with a bus stop. I saw this from the height of the third floor of the former Rose of the Winds, and before that I parked on the slope of Alpine Street, a hundred meters below the tower. There is a wide roadside and a lot of cars in front of a dwelling house, so that was my option. When parking on a slope, do not forget to unscrew the wheels so that the car does not roll away far away if something happens, and for this very case it is worthwhile to tighten the handbrake properly.

I got into the Rose of the Winds after hours, whenthere were no visitors yet, and from the staff - only the girl behind the bar, who sold me a bottle of forfeits and said that the entrance to the tower for outsiders is paid.

Climbed up the spiral staircase, peeringon the way to 2 floors, which are reserved for the cafeteria. The first is an open porch, the second is a closed room with air conditioning: cozy, but there is very little space. 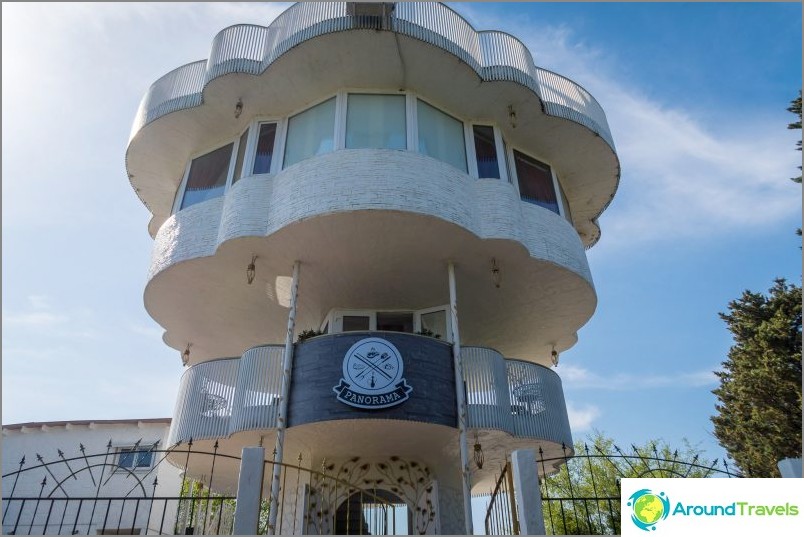 Species tower in Sochi - Rose of the Winds 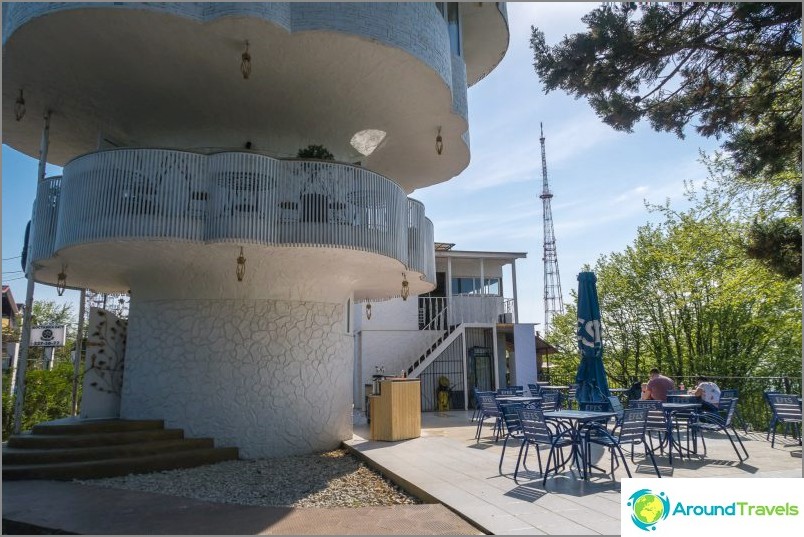 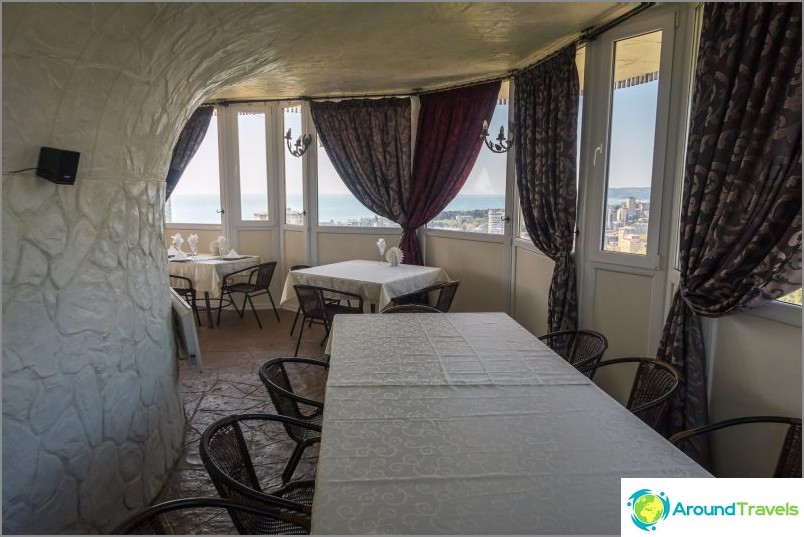 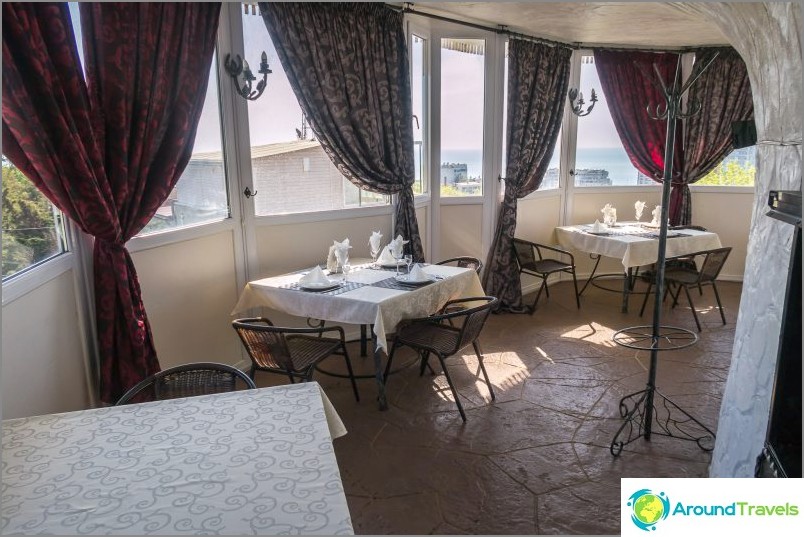 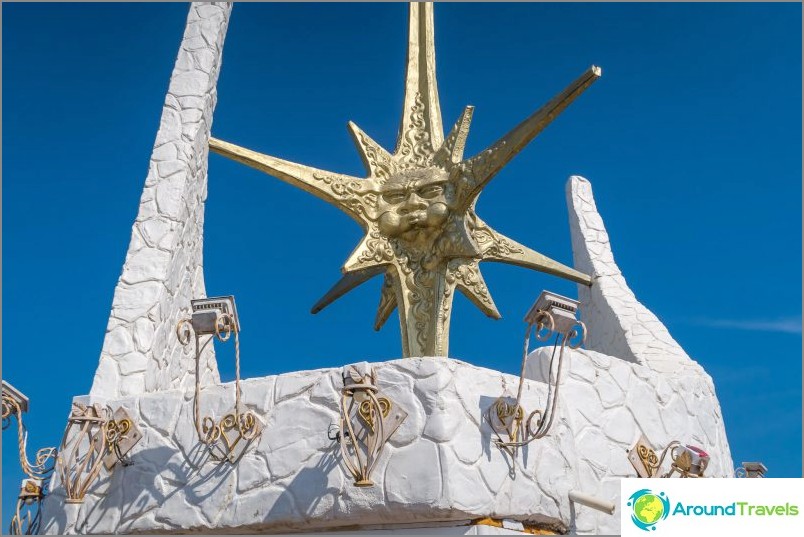 The upper third floor is open lookingplayground with the top, decorated with the Rose of the Winds and very high railing. So high that sitting on the chair, I could not see anything even stretching my neck. Honestly, the chairs immediately lose their appeal, you still have to stand. But the views of 360 degrees.

Due to the fact that the Species Tower is located in the centera large city on the mountains, the view opens up quite interesting, it is quite possible to stick on for half an hour, looking at buildings and recognizing road junctions and parks. And from here you can see the Black Sea. 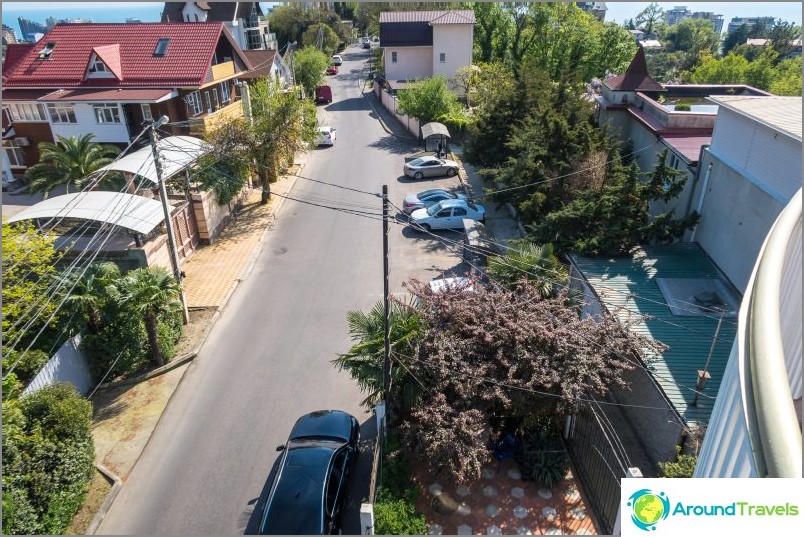 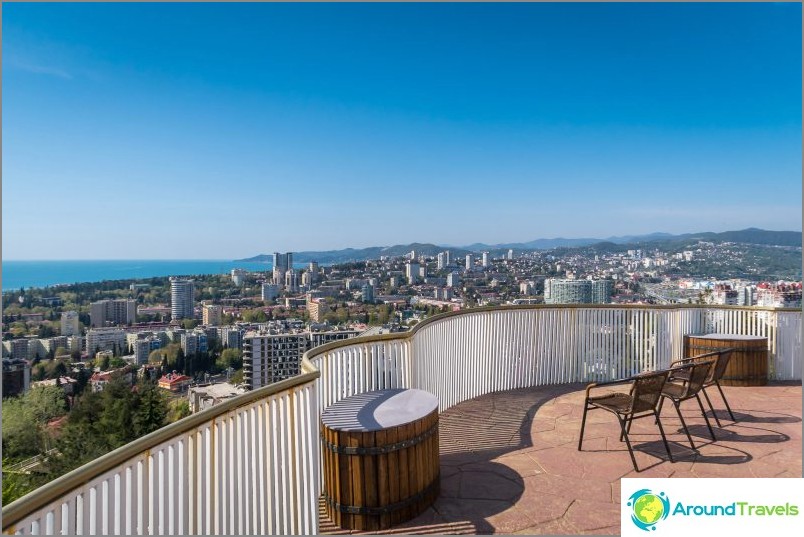 Observation deck in Sochi on the Rosa Vetrov tower 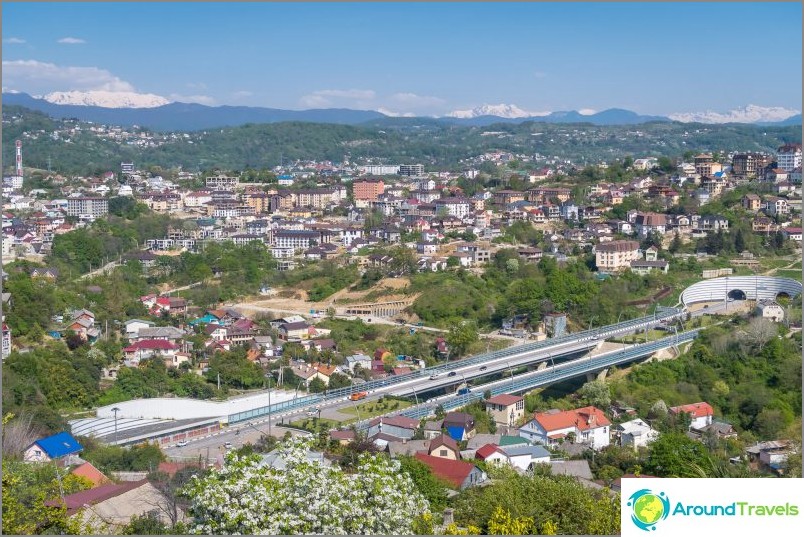 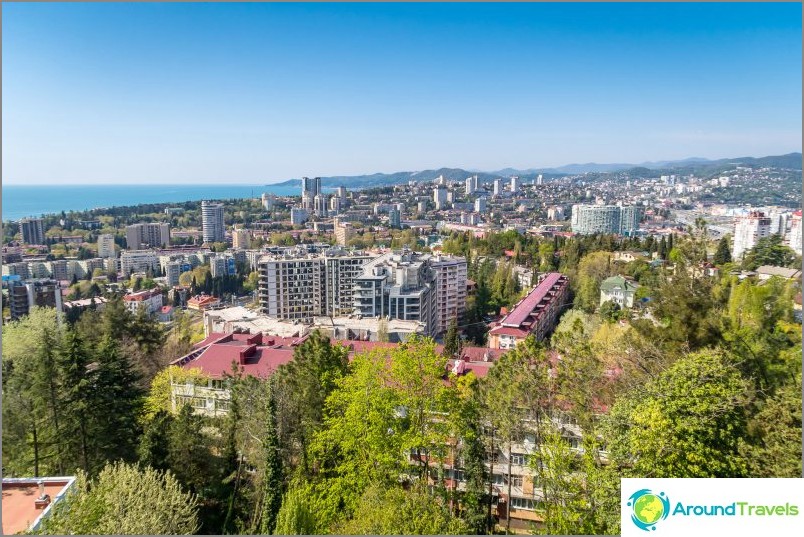 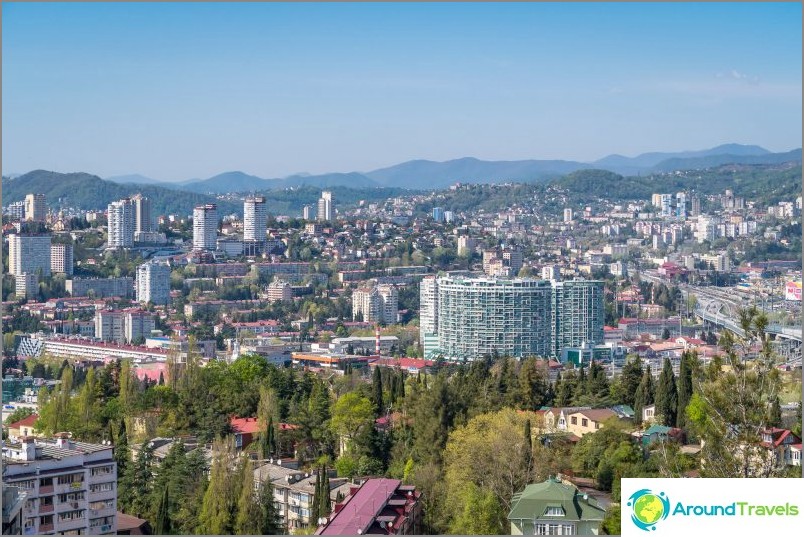 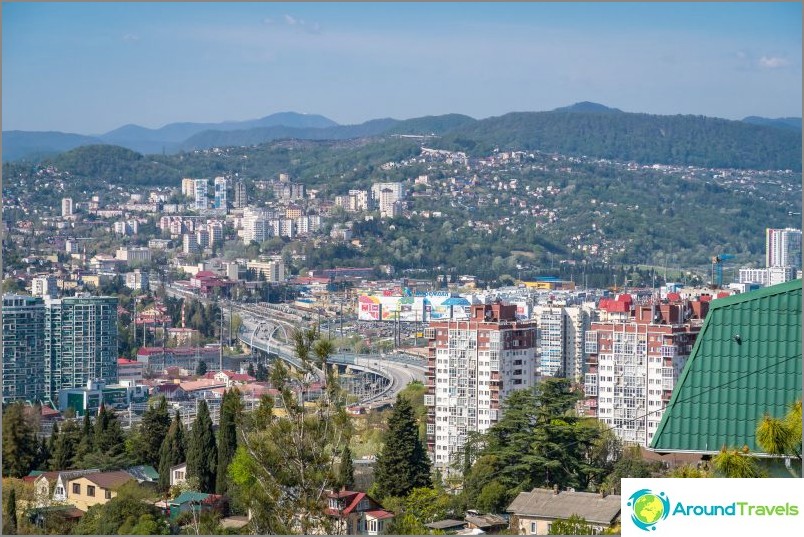 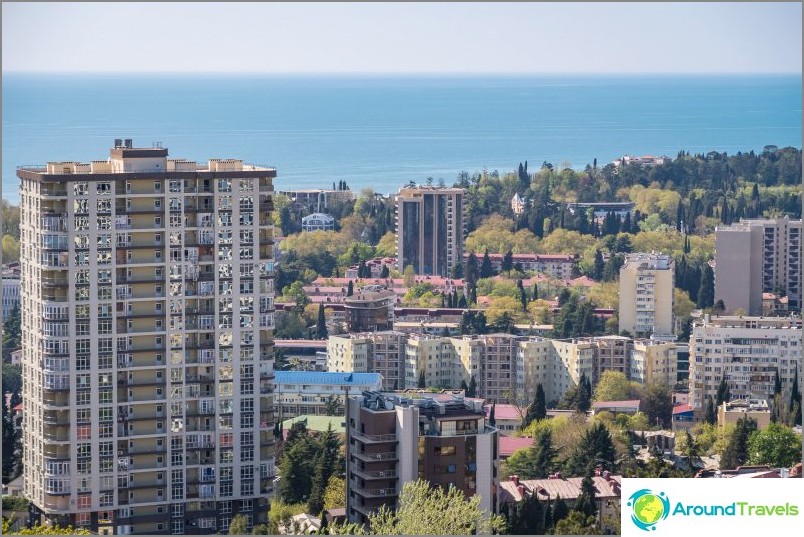 There is parking nearby, but it is common, does not apply to cafes. The parking of the cafe is considered to be the space under the iron fence - here you can park several cars in parallel right on the road.

Species Tower, the former Rose of the Cafe, the current cafe Panorama. Great view of 360 degrees and a specific cafeteria. More details.

Avtomuzey in the Olympic Park - nostalgia for ...

Stalin's dacha in Sochi is history, and ...