Home>New articles>Vitkov Hill in Prague - a park, a monument and an observation deck

Vitkov Hill in Prague - a park, a monument and an observation deck

The Witkov Hill is located in Stara Mesto, ishistorically significant location and symbol of the will of the Czech people in the face of the enemy, surpassing the number. All the attractions of this place more interesting to visit not just for show. It will be very helpful to at least superficially familiarize yourself with the story so that this visit would have a deeper meaning for you than to see Prague from the height of a hill and take with it a couple of pictures of the one-eyed horseman with a club in his hand.

The hill is the place of a crucial battle in the Hussite wars, when the Taborite army, led by Jan ижižka, defended the strategically important height and did not allow Sigismund crusaders to complete the encirclement of Prague.

If you are not a connoisseur of history, now this phraseSounded for you as a gibberish, from which it is clear that someone was hacked to someone. If you do not delve into the details, then it will remain unclear to you what is so special about this hill and monument. 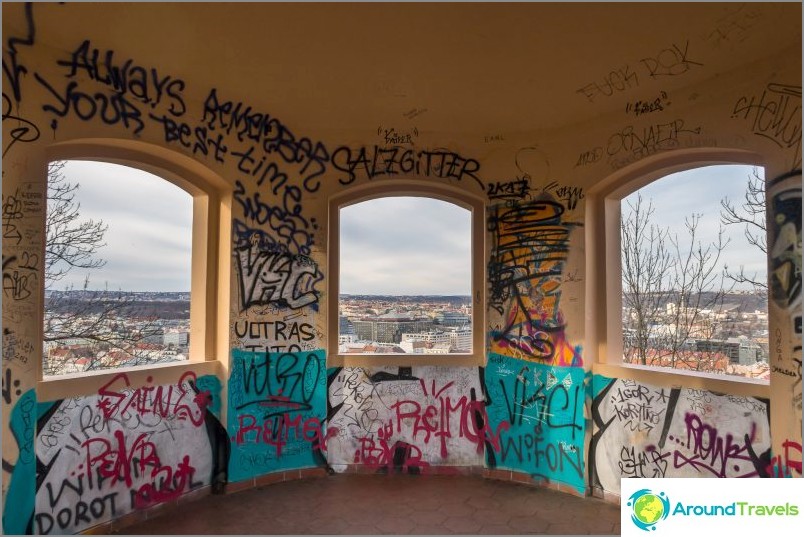 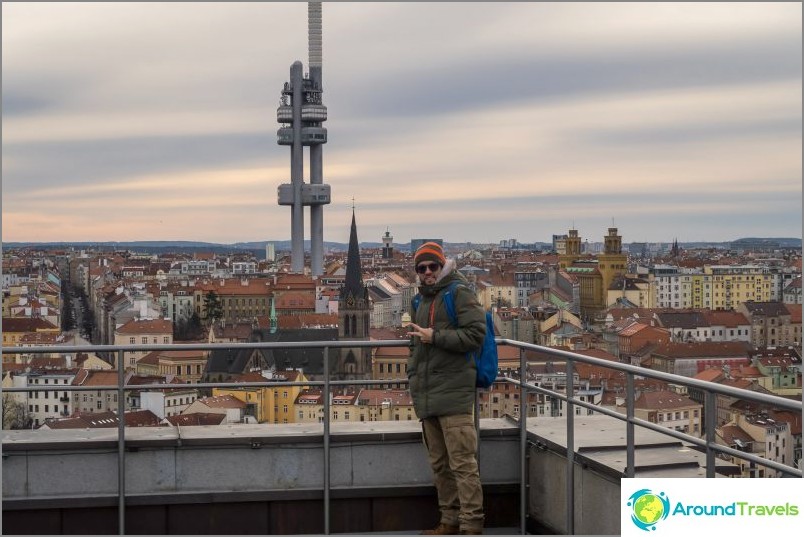 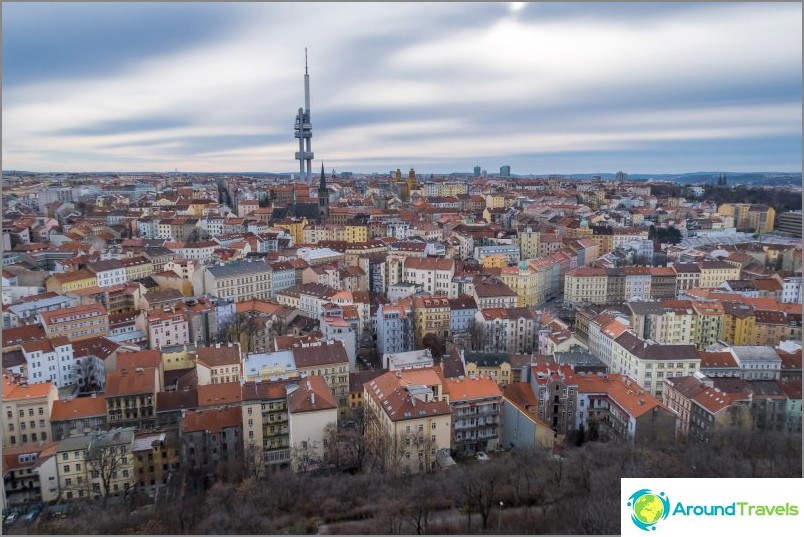 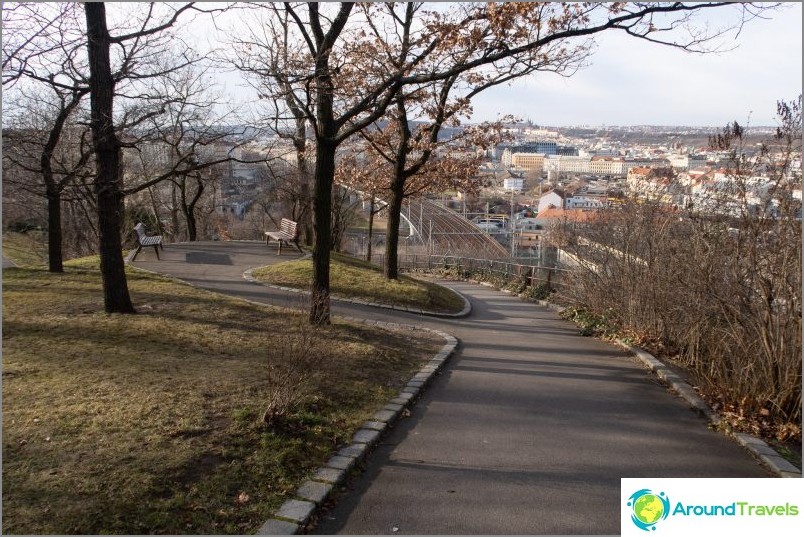 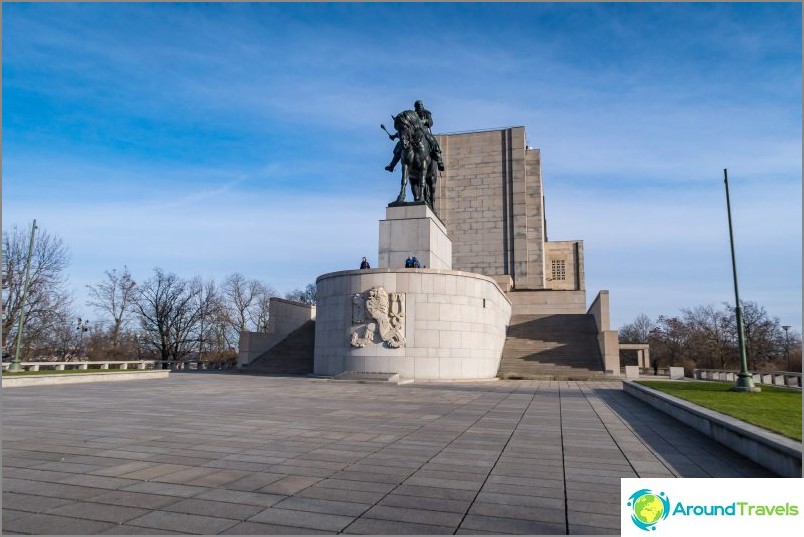 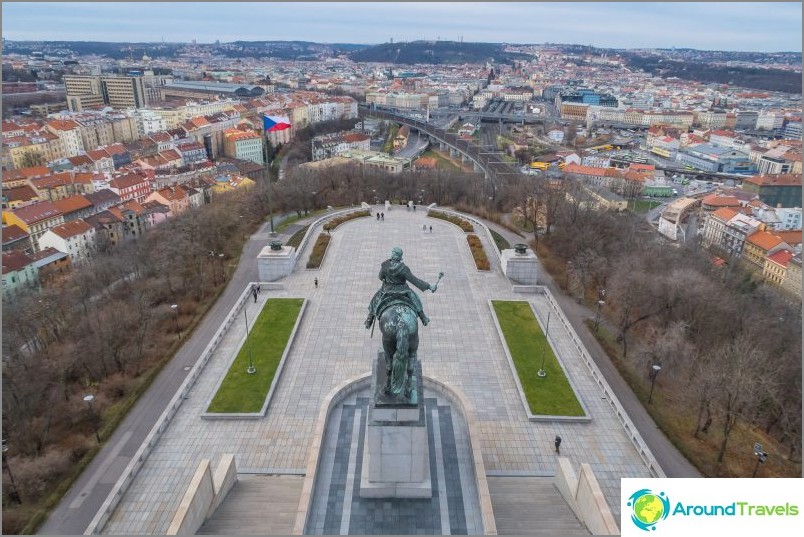 Read about Jan Hus, why his burning gavethe impetus of the Hussite wars and why the Taborites and the cups fought off the five crusades of the five neighboring states. Who is Jan Zizka and why his name is found throughout the Czech Republic. What kind of comrade Sigismund and why he needed Prague - all this is damn interesting and - “based on real events”.

Winding Hill - a place of military glory, so everythingculturally significant objects here are military. All of them are located in the National Memorial, which includes a huge building and a monument to Jan ижižka. Around the memorial is a park with walking paths and several viewing platforms.

For me it was a surprise what isgraffiti is completely depicted in a serious place, with absolutely garbage quality - it seems with patriotism and respect that Czech youth is much worse than ours. 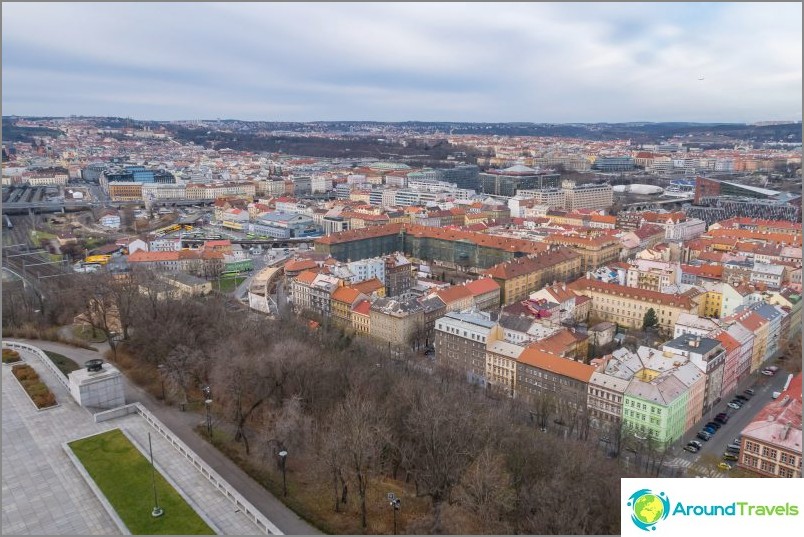 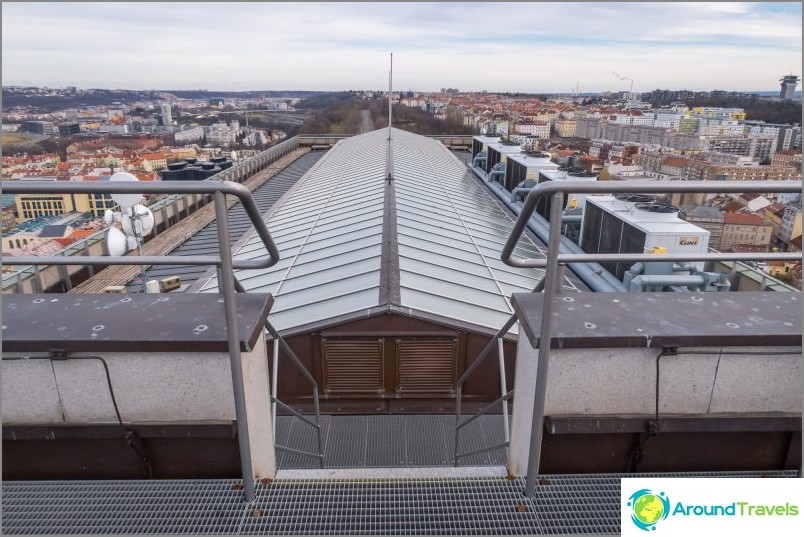 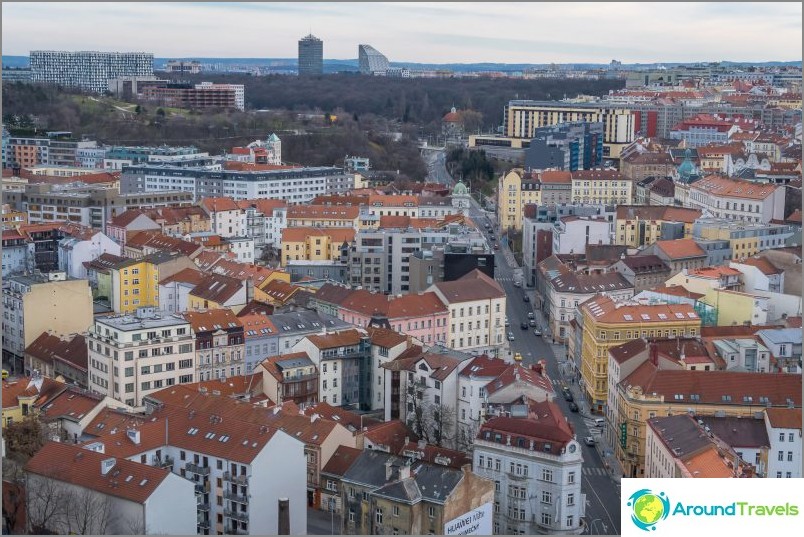 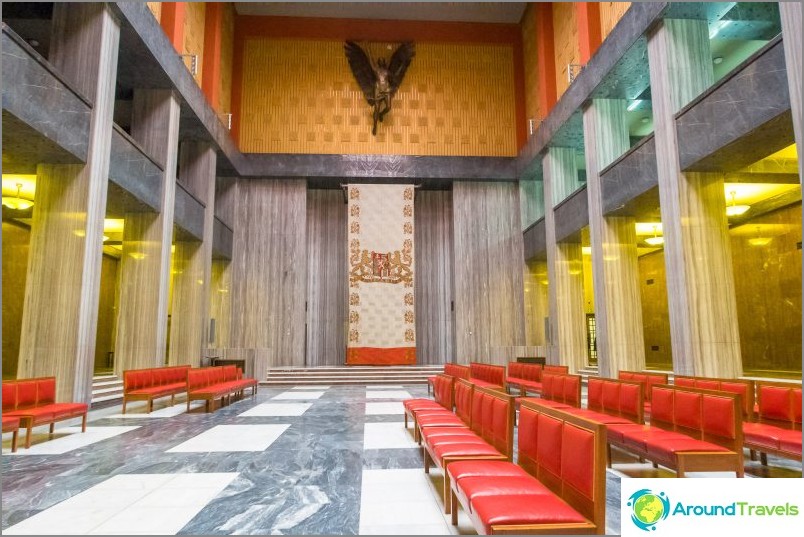 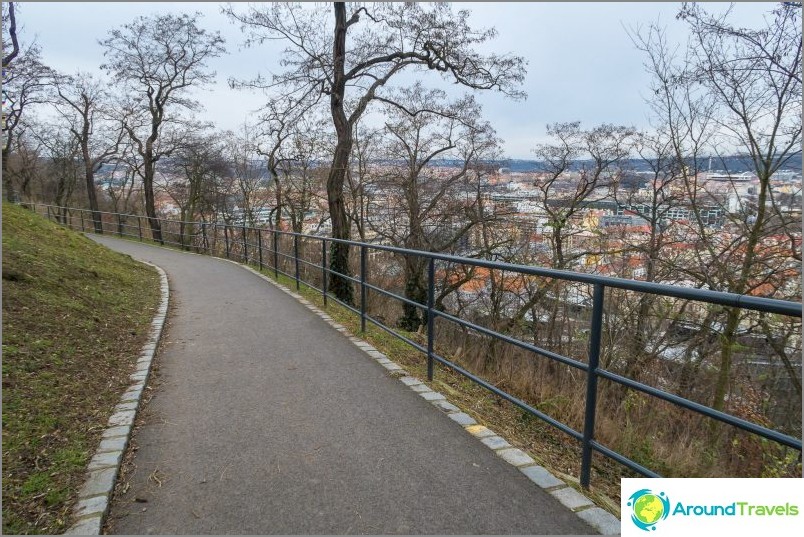 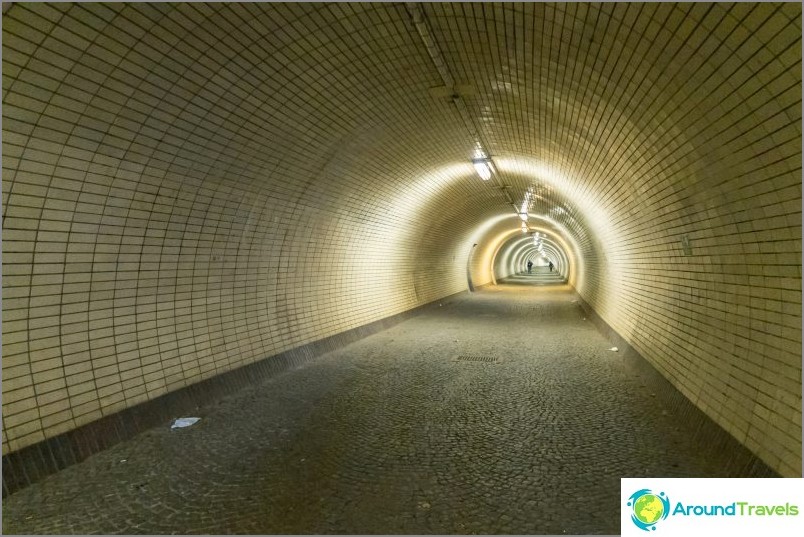 Jan ижižka - commander, gusit, national heroCzech Republic, he lived in the years 1360-1424. On July 14, 1420, he personally led the defense of Vitkov Hill, where the Hussites and townspeople fought off the crusaders. This victory violated the plans of Emperor Sigismund for the encirclement of Prague and brought discord to the ranks of the crusaders, which ultimately resulted in the defeat of the entire First Crusade.

The monument to Jan ижižka on Vitkovy Hill - one ofthe most serious cultural heritage sites, as well as the third largest in the world in size among equestrian statues. The monument was solemnly presented to the public on July 14, 1950, just on the anniversary of the battle on Vitkova Gora.

The memorial complex on Vitkov Hill wasbuilt in 1929-1933 in memory of the Czech soldiers who died during the First World War. It was expanded after the Second World War, and from the 54th to the 62nd the mausoleum of Clement Gottwald, the president and head of the Czech Communist Party, was located here. The body was removed and cremated due to the fact that embalming was unsuccessful, well, and by that time the struggle with the cult of personality was in full swing.

The entrance to the park and the square at the memorial is round the clock and free of charge.

Entrance to the memorial at different times of the year in different ways. From April to October, it is open from 10:00 to 18:00, weekends on Monday and Tuesday. From November to March it works the same, but the weekend is Monday - Wednesday. 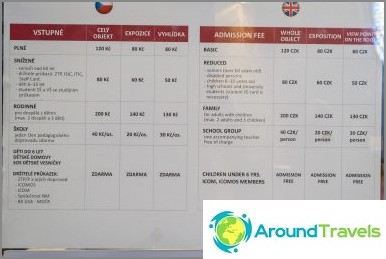 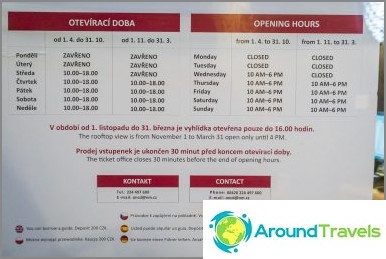 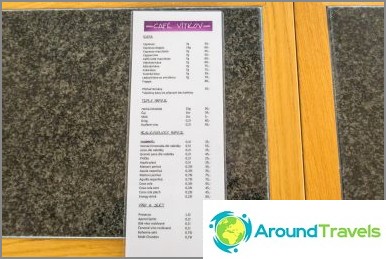 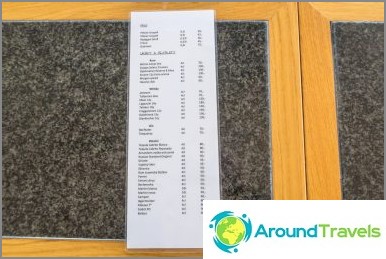 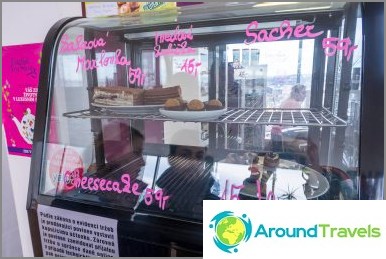 National Monument on Vitkov
Monument in honor of the fallen defenders of Prague in the yearsWorld War II at the top of a hill in the park Vitkov. I recommend - climb to the top, otherwise you will not get any kind. This is a really beautiful place, especially in the morning at dawn.
More about the hill. 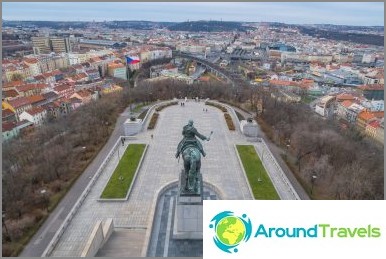 Monument in honor of the fallen defenders of Prague in the yearsWorld War II at the top of a hill in the park Vitkov. I recommend - climb to the top, otherwise you will not get any kind. This is a really beautiful place, especially in the morning at dawn. More about the hill.

The Church of St. Ludmila in Prague is a cozy ...