Wat Paa Sang Tham is relatively freshBuddhist landmark Pangana, which began to build not so long ago, and as far as I understood, it is still under construction. Buddhist objects usually always remain unfinished for a long time, because money from temples is taken only from donations, and the speed of construction depends on them. I could not find any historical clues in the network in Russian or English, so the narrative of the post will contain only what I saw. The place, by the way, is very cozy, secluded and beautiful.

The temple has 2 names, one of Google Maps (WatPaa Sang Tham), the second from the banner (Saeng Dham Temple), which hangs at the entrance. If you take a closer look, it is obvious that this is practically the same thing, just Thais are not always friendly with English. Wat in Thai means temple, temple is the same in English.

The temple is located on a hillside in a valley along which the main road between the beaches Tong Sala and Chaloklum. Approximately in the same part of the island where the exit to Paradise Waterfall and literally a hundred meters from another major attraction Phangan - Chinese Temple. The temple of Paa Sang Tham, by the way, is also one of thoseinstitutions where Thai Buddhists did not limit themselves to Buddhist topics and mixed one hundred in one. On the territory of the temple are sculptures of both the gods of Hinduism and the Chinese pantheon, apparently for a larger audience (the well-known fact that there are a very large number of Thai people with Chinese roots in Thailand).

The territory of the temple begins from the bridge acrosscharming creek and consists of four main areas of interest: the Chinese pantheon to the right of the entrance, the new pagoda (higher than the pantheon), the old pagoda (to the left and above the old pagoda) and the Buddha statue at the highest point of the location. There is a fifth zone, but it refers to the long-playing pleasures, and not to a five-minute jog with a camera — the sauna. Phangan, in contrast to neighboring Samui, pleases with the number of saunas, which are built either for private money, or are made at temples (but also not free). According to visitors, the sauna in the temple is quite a decent one, worthy of attention and money, but I myself did not go, only The dome. 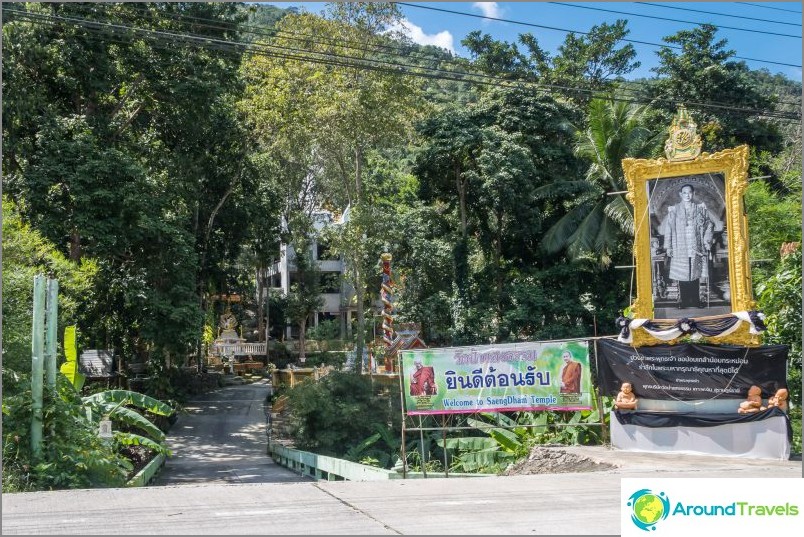 Saeng Dham Temple is written on the entrance banner 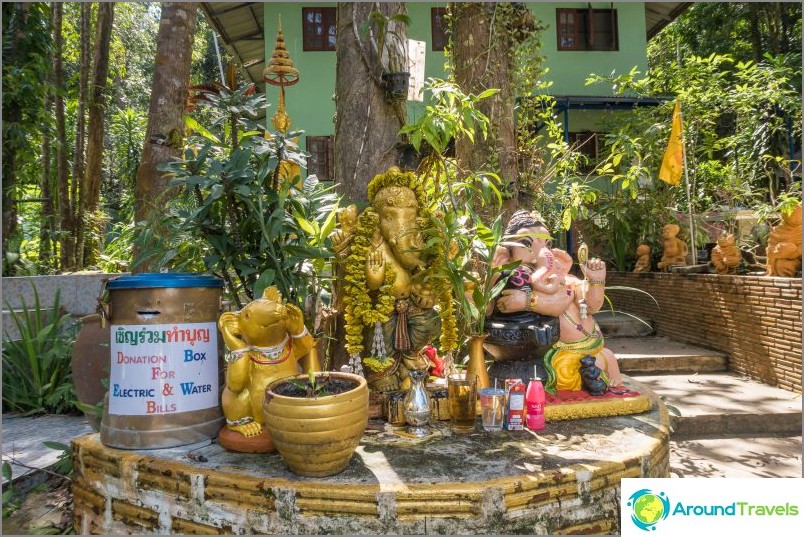 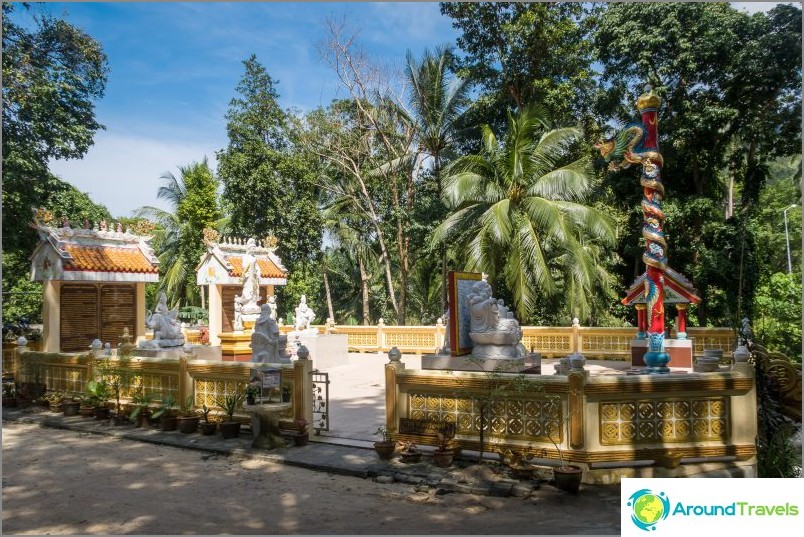 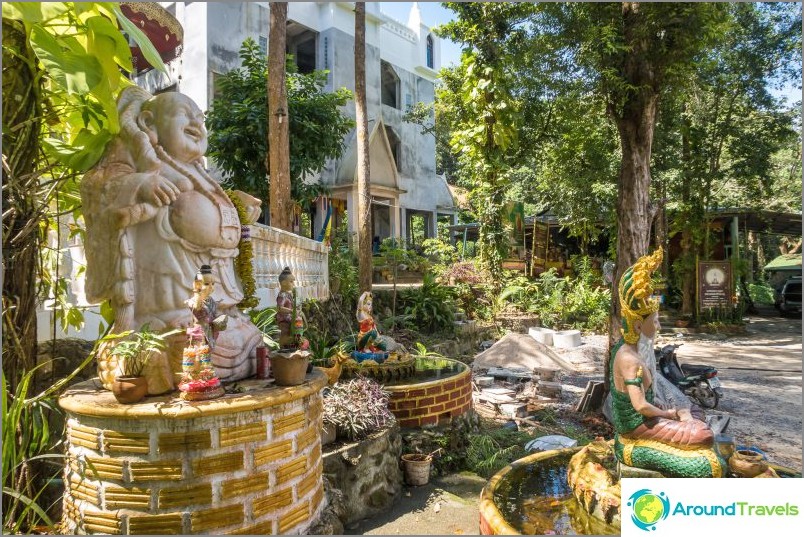 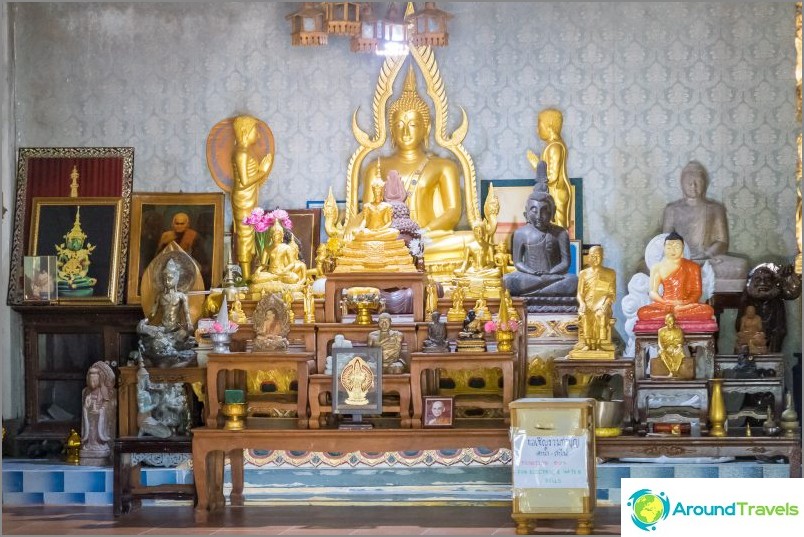 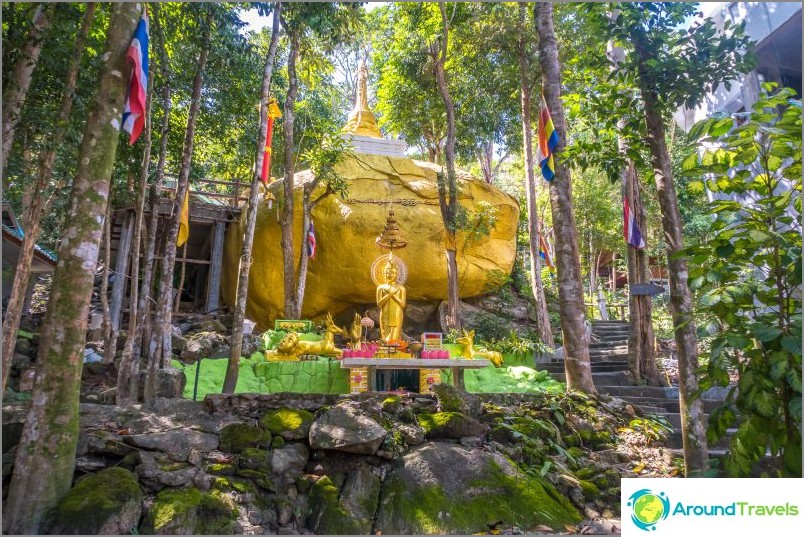 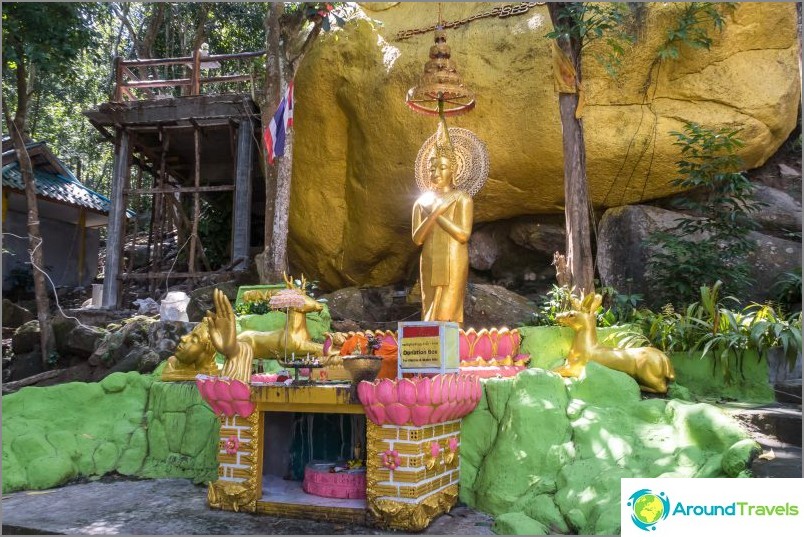 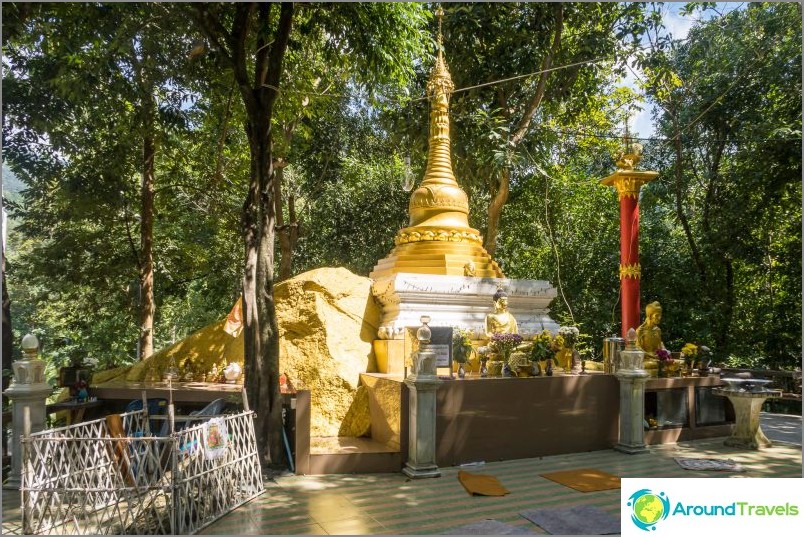 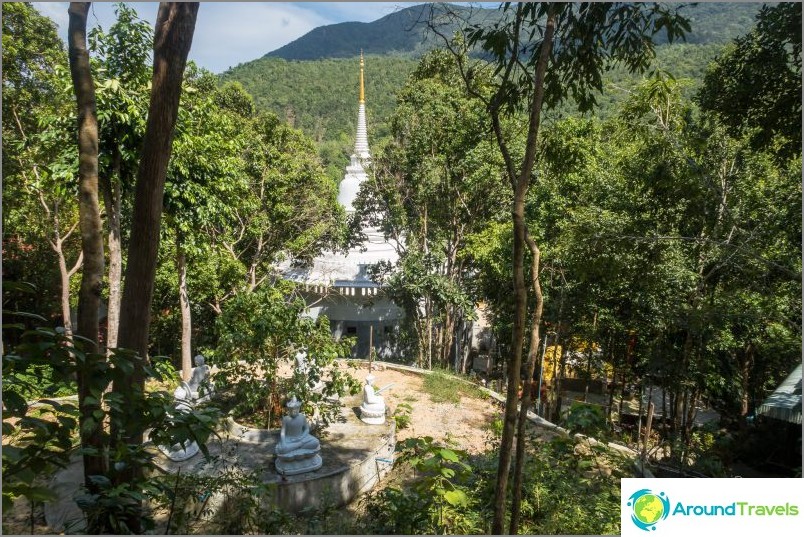 There is a meditation room at the temple, severalausterity booths and a variety of donation boxes for the construction and development of the temple. The whole area is sheltered from the sun by the jungle and only humidity can be discomfort if it has recently rained.

Move between areas of interest to besteps or steep paths, and the most recent staircase leading to the statue of Buddha, has 100 steps (as the sign says at the beginning of the climb, but in fact there are only 96). The place is popular among Thais, and there are quite a few tourists here - only a very short-sighted person will not be able to see the entrance gates from the road. 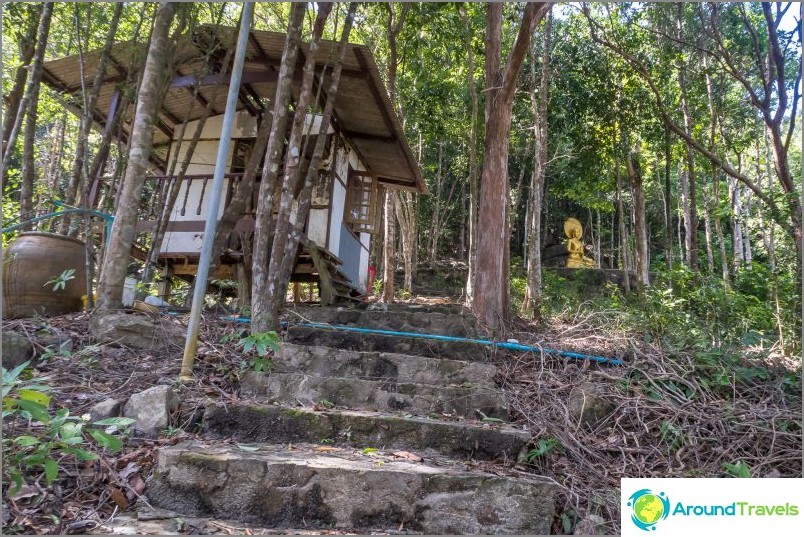 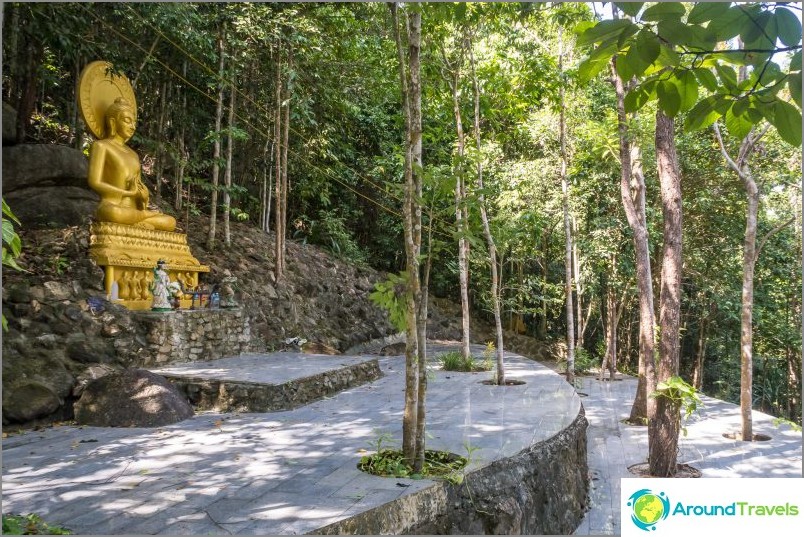 Admission is free and free, but I'm not sure thataround the clock. Parking is available immediately after the bridge, not the largest size, but several cars and about a dozen bikes will come up without problems. Due to the fact that the temple is active and there are monks on the territory, here you should observe the dress code "closed shoulders and knees" for both girls and men.

Temple Wat Paa Sang Tham
Buddha statues are located on the territory directly in nature, including large boulders, and there is a forest around it. It is quiet and there are few people, this is a functioning monastery where monks study.
More about the temple. 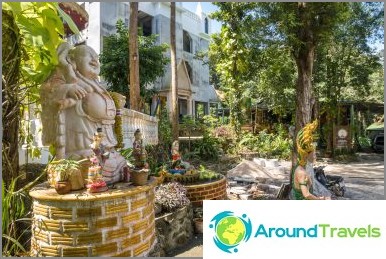 Buddha statues are located on the grounds right onnature, including large boulders, and there is a forest around. It is quiet and there are few people, this is a functioning monastery where monks study. Read more about the temple.