What to see in Liberec - my list of sights

Liberec is a small town in the northeastCzech Republic. It can be a pleasant stop on your route en route to Germany, or on a circular route around the Czech Republic. Of course, here, for the most part, landmarks (except for 2-3x), but Liberec deserves a stop for a couple of days.

I spent 4 days in it, managed to walk around the city and visit a dozen of sights, about which I will tell you in this post, a certain TOP. And you already choose what you see there.

What to see in Liberec

About their impressions of Liberec, I already wrote, I will not repeat.

This is probably the very first place to go.come. Especially if you like mountains, views from the heights and trekking. All this is here. You can reach the mountain via the funicular, which can be regarded as a separate entertainment (but only 5 minutes to go), and there you can already walk in the mountains for as long as you like.

Highly recommend staying in a hotel in the TV tower

if you are traveling with the second half, romanceprovided. The hotel is average in quality, but the view from the window is incredible and the interior is not quite normal, he reminded me of a spaceship from behind the windows. But the main thing is to get lucky with the weather, because if there are low clouds, you will see only “nothing” from the window and all the romance will disappear. There is a restaurant in the TV tower, but frankly, not very much. However, you can take a cup of coffee calmly to warm yourself in the winter. There is no more infrastructure there. Read more about the tower and the hotel. 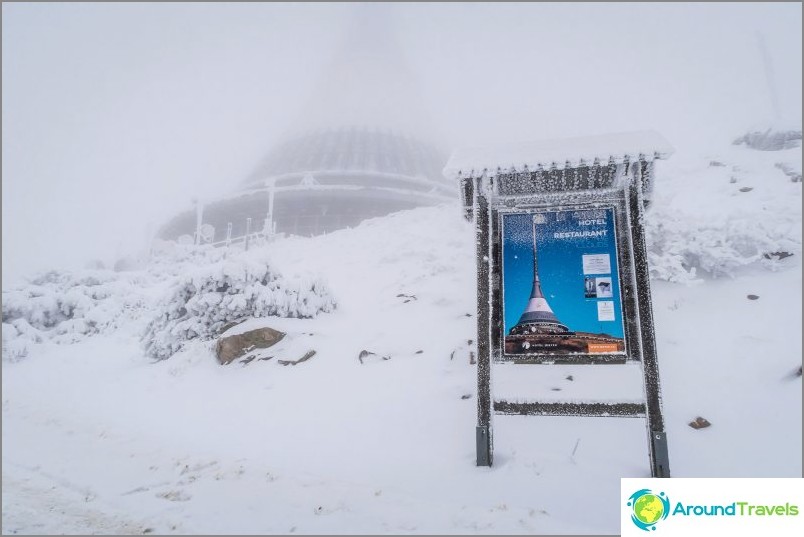 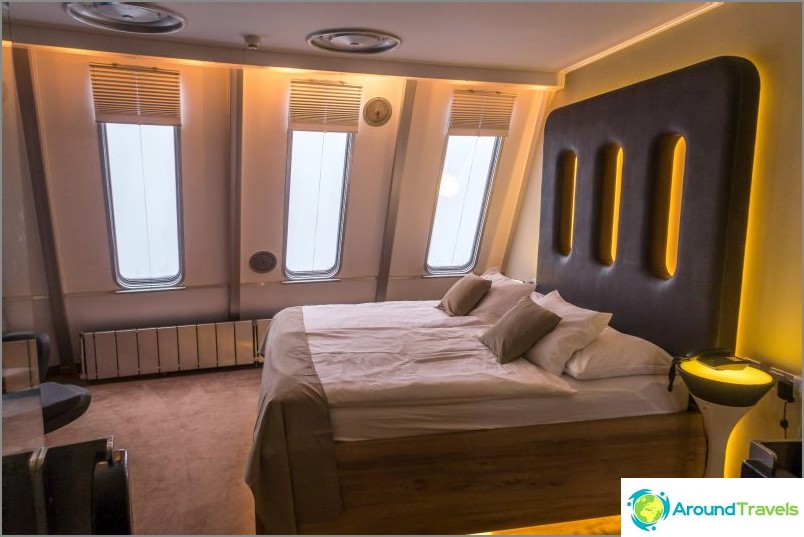 Typical for any city landmark,and you will find yourself on it anyway, but you still have to mention it. So, the area is the same as everywhere: paved, surrounded by old buildings. On Christmas Eve, a market is placed on it, and at least some movement appears, you can eat sausages, drink coffee or mulled wine, listen to speeches by local bands on stage. But what is definitely worth trying to do is to climb the observation deck of the town hall, where you can see not only the square below, but the whole city. Including, in good weather, you can see Mount Jested and the tower.

Sideways in the basement of the town hall (if you face her, to the right), there will be an entrance to good restaurant Radnicni sklipek with authentic atmosphere. I was there, I recommend. The food is average, but the choice of beer is good and the atmosphere is pleasant, Czech. More about the town hall. 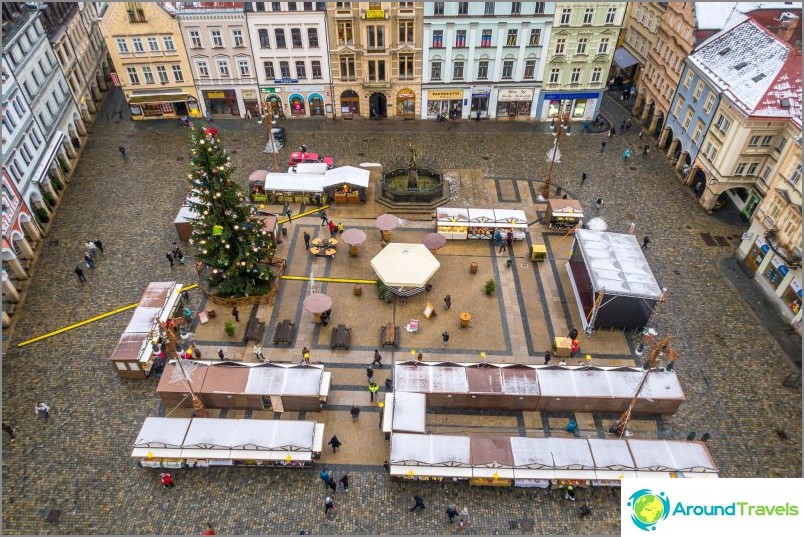 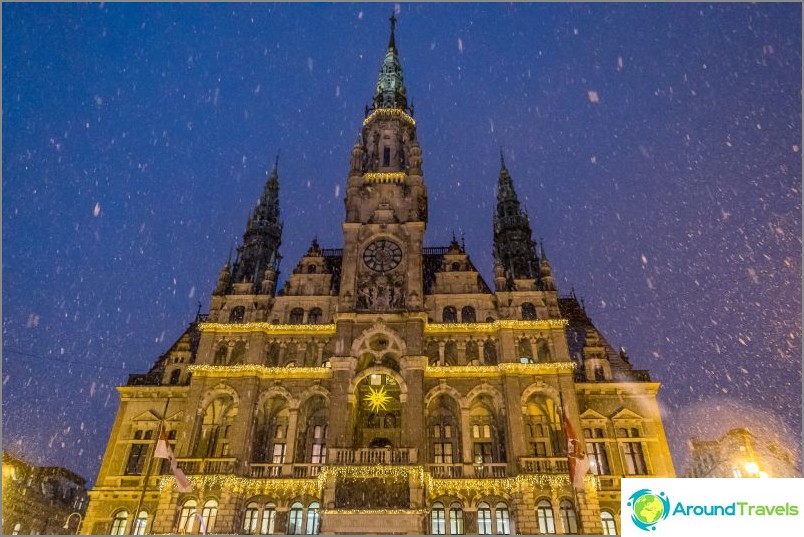 Awesome stuff for kids. If you were in the Moscow Experimental Committee or in various science-interactive Science Museums abroad, then this is plus or minus the same. Several floors with various things that can be touched, twisted, twisted, comprehending physical processes. Honestly, I was there without a child, but dropped out of reality for an hour, really interesting. There is also a planetarium there, but you can do without it, nothing special. In addition, everything in English is told, and without knowing the language, there is nothing at all to do there, but it costs some money. Read more about IQ Landia. 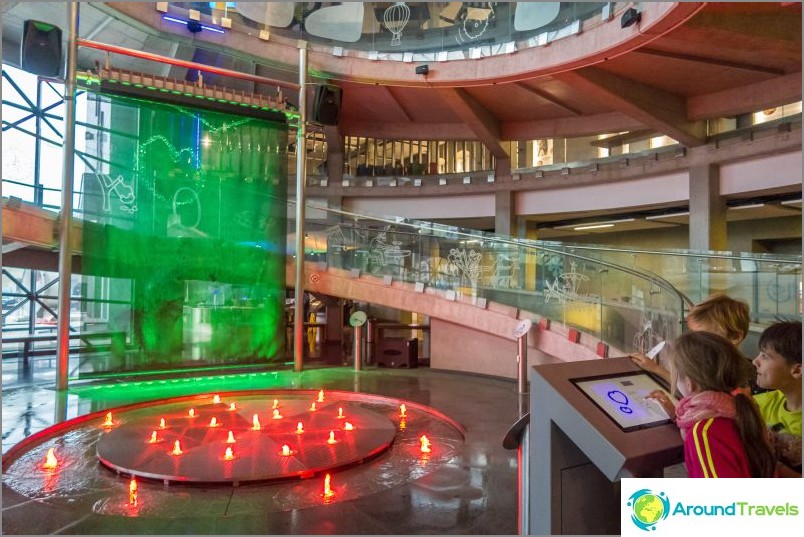 The largest entertainment center in the Czech Republic. It is located directly opposite the IQ Landia and occupies a decent area. Probably the most interesting thing here is a big water park. In addition to water activities, there is an amusement park, a race track, climbing walls, a mirror labyrinth, a sauna, laser tag and so on. The building used to be a textile factory, so the interior is not quite typical for such institutions, usually built quite recently from glass and concrete. There is a hotel in Babilon, if a friend wants to stay there.

Whenever there is such an opportunity, I tryvisit botanical gardens. No, I am not an amateur gardener, but for some reason it is very interesting to look at strange plants, on the organization of garden space, and to stay in a man-made, but still a little corner of nature.

Botanical Garden in Liberec done just fine! It is small and is a covered two-storey pavilion. Inside there is a whole collection of everything and everything: plants of different climatic zones, a small aquarium, a tropical forest zone, ponds, decorations. I will not list the names of plants, I do not understand anything about this. I really remember the hall with the tropics, it was stuffy, hot and humid there, right away, my favorite Thailand remembered. As if traveled. I visited the botanical garden in the winter and it was open to the public, if that. In the summer, there will also be something on the street to see, all sorts of flowers, and a refined area in front of the entrance to the pavilion (ponds with stones and trees around). Learn more about the botanical garden. 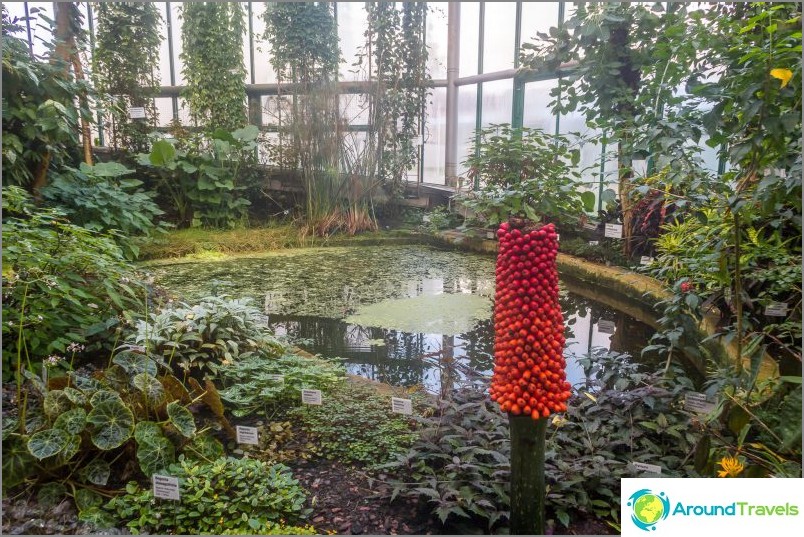 One of the tropical rooms in the Botanic Garden of Liberec

Good zoo, less than in Prague, butThe oldest in the Czech Republic. Most of the area covered with forest, for animals created conditions close to the natural due to the landscape, instead of cells in many animals pens instead of cells. This zoo is the only place in central Europe where you can see white tigers from Bengal. Of course, one should not expect the sights of a large city from the zoo, but you will spend 2-3 hours in a cozy and pleasant atmosphere.

In my opinion, this is not Liberec's forte. They just can not attend. I went only in Technology MuseumIt is not far from the central square. The museum is quite small, but there, as they say, knowledgeable people, a very good collection of old motorcycles. Apparently you need to understand something in this, otherwise it's boring. I remember only 2 luxurious old American cars - Dodge Chalenger and Edsel Ford, both the end of the 50s. Would not refuse such a ride.

Also in Liberec there is also the North-Czech Museum and the Automobile Museum, respectively, the first one is historical, the second one is similar to the technological one and also the parochial one. 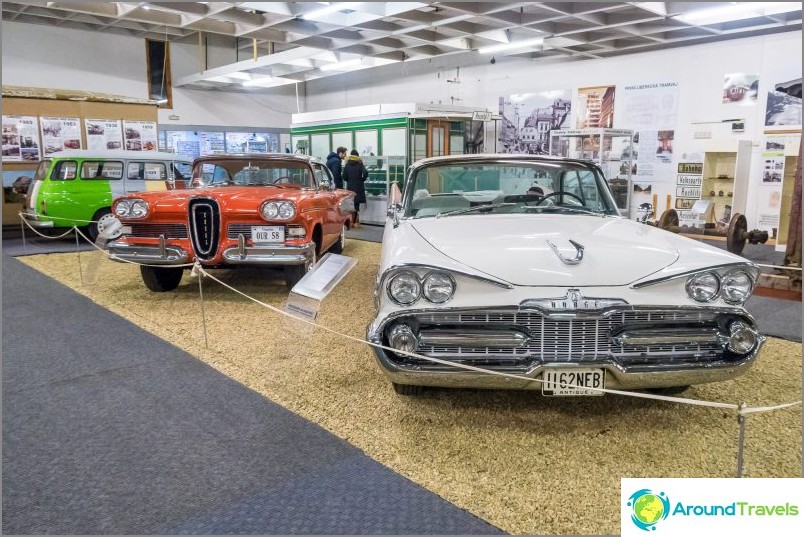 If you like ruins, then you here. Unfortunately, or fortunately, this is a tourist site and to be here alone, climbing on the rocks, will not work. But kamenyuki could survive to this day at least in such a state than if they had been left to the mercy of fate. The place is picturesque, beautiful. It’s a good idea to drive here on the way from Prague to Liberec.

By the way, Liberec has its own castle - Liberetsky, but it’s so-so, even outwardly, you don’t immediately catch up that this is exactly the castle. It seems to me that you should not waste time on it.

This castle is preserved as it was inold times, and in it now is the current museum dedicated to commander Albrecht von Wallenstein and the 30-year war in which he participated. Frankly, I'm not sure that it is worth going here on purpose, only if traveling somewhere else. Just in case - the castle is not in Liberec itself, and 20 kilometers to the north of the city.

Arranged all the points on the map, so that it was more convenient for you to understand where and what, and how far from the center.

My impressions of the city of Liberec in the Czech Republic

Trips to Pattaya and prices are the most ...