What to do when moving - or how we moved

As some have already noticed on social networks, we have moved a little. A little bit

Our location literally changed to 15 kilometers. I was not going to write about it, but once asked, I will tell.

We moved to my mom in Orekhovo-Borisovo. And this temporary move. More precisely, we moved for about a year, but specifically here, I hope, we will not stay for long. Maybe a couple of weeks, maybe a month. I didn’t want to plan anything more, planned too much and often, and nothing came of it. Now we try to be ready for any eventuality.

Why did we leave?

A reasonable question, but I can not answer itstraight. Since we are inclined to commit various incomprehensible actions, then we have distinguished ourselves. The main idea is to get out of the comfort zone, leave the familiar place, and, being directly before the choice, make a decision. You can call it forcing events. We have long wanted to move from a Moscow apartment to a more eco-friendly and peaceful place, even for a while. But always, there are reasons why it should be postponed for some more time. Now there is no reason, but there is a need to look for a place under the sun.

Of course, from the point of view of people who love order andlife according to plan, our actions are complete nonsense. We had to think over everything, go deliberately, and other blah blah. Does not work! Sometimes you have to do it first and then think again. In fairness, I will say that Daria has nothing to do with it, this is my idea. Everything does not stay in place for me, the soul asks for changes. Tired of waiting for things to turn out. And the only thing that kept us here is the doctors and classes. But neurologists sent us to geneticists, and geneticists said, they say, come sometime later, we do not know anything. Classes and massages can be done not only in Moscow.

In general, I can not say where we are next,try not to guess anything. So to speak, waiting for the right moment. Maybe we’ll go on a “tour” to rehabilitation centers. But now we still have to redo a lot of paperwork, run on instances, arrange things on the parent balcony and in the garage, sell / give / buy something. 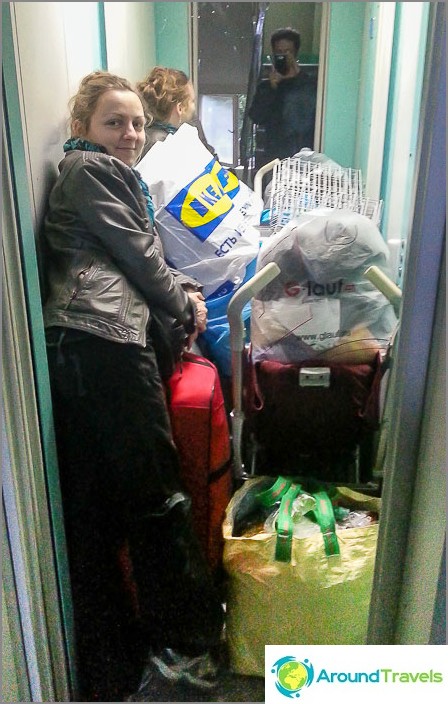 The first stage of the move - took away his most needed junk, fit in the trunk of the car

Thoughts after the move

Regular readers know that I occasionally write about consumer society and how I like minimalism. But something during our move, I realized that before minimalism still, as before the moon. In principle, things are not so much happened, about one gazelle, without taking into account the furniture, the refrigerator, the stove and the dishes that we left in the apartment. Surely, with classic moves, it turns out more. But if I ask what is in the boxes, then I will give half of God, because some of them do not understand what, some small things that were distributed evenly throughout the dwelling. 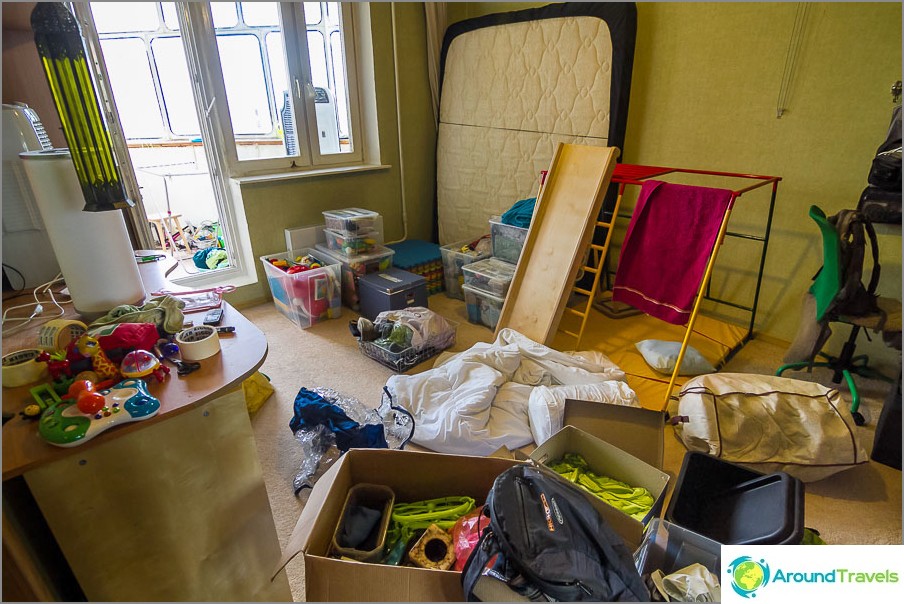 Start fees, the most difficult moment 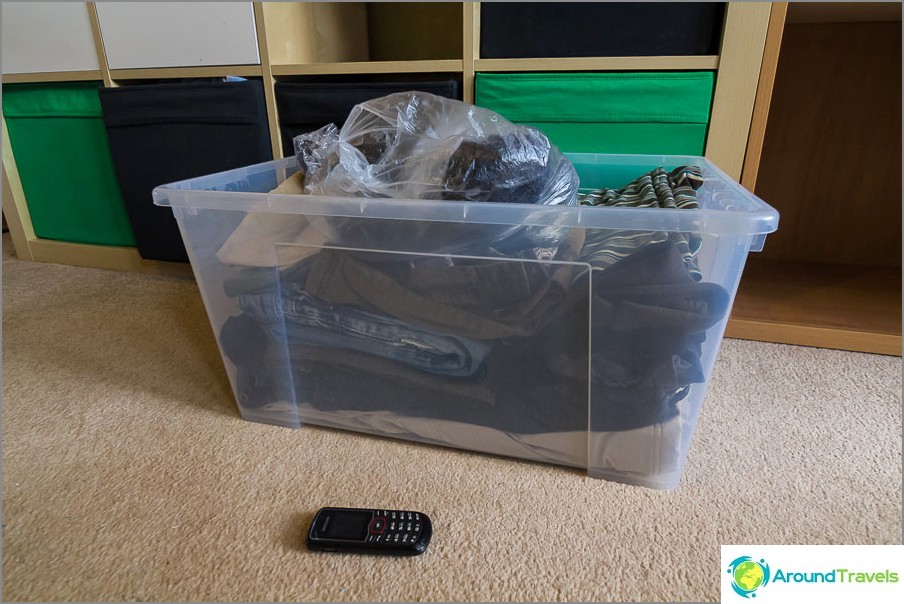 My clothes take up the entire container Everywhere I was reassured by such little notes. 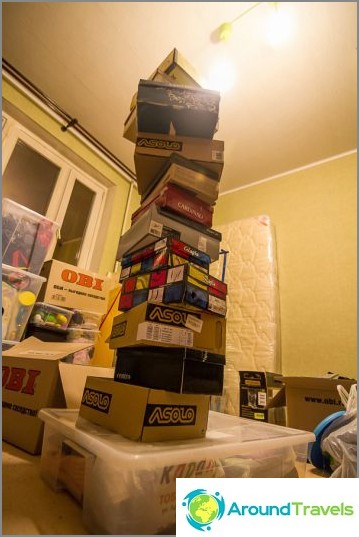 One shoe only a bunch of boxes The result of two days of work 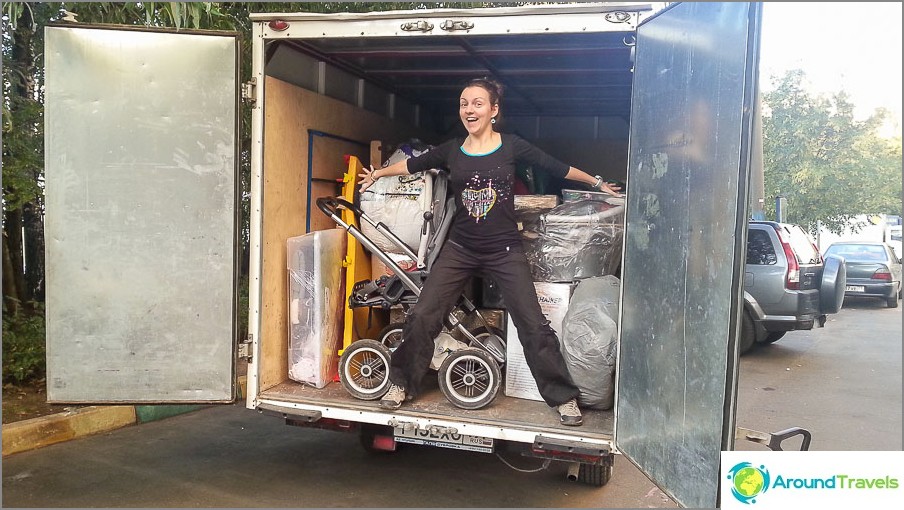 Some of my conclusions on what to do when moving to and before him:

During the move, the courier brought my printedA4 photos. It turned out quite nicely, I was going to do it for half a year, and all hands did not reach, because it is very difficult to choose from several tens of thousands. Still, to my regret, I noticed that out of this seemingly large number there is nothing special to print. 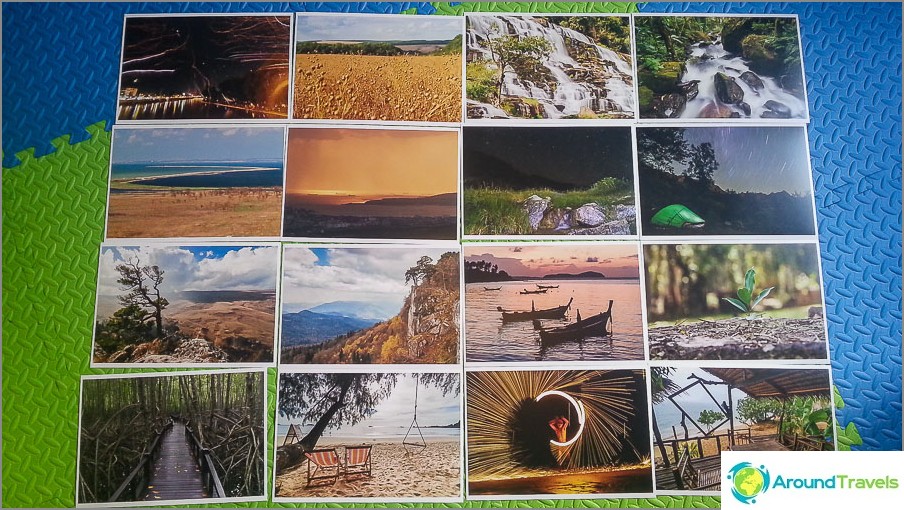 Initially, I was going to hang them undernear the elevator, but I conferred with a friend that helped me to move (thanks, Lech, great for you!) that if there is an opportunity, you need to hang where more people go, so they will go straight to the children's library.

Naturally, this is only the beginning of the move, so, I hope, in a month another I will write where we left. 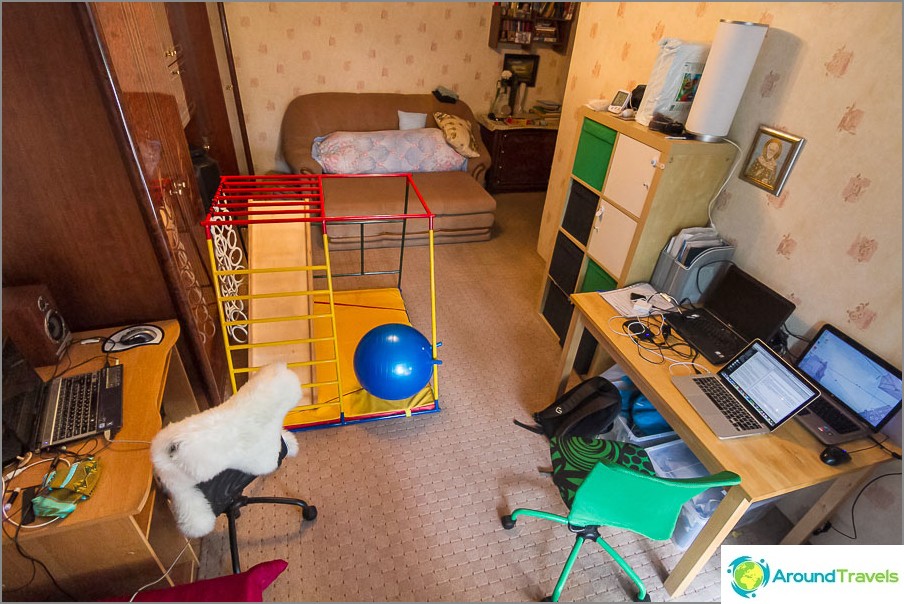 P.S. Someone told me there about the Swedish wall, that it was more convenient, so Early Start rules! They took and transported, no holes in the wall and installation, going, disassembled in 5 minutes

From Thailand to Spain without regrets!