Suburbs of Frankfurt am Main - photo, what to see

Suburbs of Frankfurt am Main 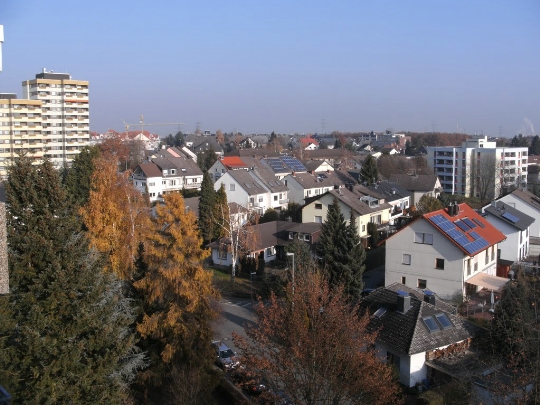 This German metropolis is considered a major economic, financial and tourist center of the country. Together with the suburbs, Frankfurt am Main forms one of the largest European urban agglomerations, and its airport serves as a transfer point for thousands of passengers every day. The city is divided into 46 administrative districts and most of them were once independent settlements that eventually merged into the city boundaries.

Höchst in the west

This suburb of Frankfurt am Main is famous for its local folklore festival. Every year in June there are no vacant places in the hotels of Hoechst, so the desire of the Germans to touch their own national culture is so great. The beer festival invariably becomes part of the event, during which you can enjoy many varieties of foamy drink right in the fresh air on city streets and squares..
The program also includes fairs where there is a chance to purchase authentic Germanic souvenirs and products brought by local farmers. An indispensable musical accompaniment is provided by folklore groups.
The main architectural attraction of this suburb of Frankfurt am Main is the Church of St. Justin, built in the Carolingian era. The Carolingian dynasty ruled these lands, which are part of the state of the Franks, in the 8th century. In general, the old Höchst is well preserved and, in addition to the church, its guests can capture the 16th century artisans' workshop for a family album. Fine products of the local porcelain factory are taken away from here as souvenirs..

The history of this suburb of Frankfurt am Main dates back to the era of Ancient Rome. Then a wooden legionnaire camp and a triumphal arch were built. In the 70s of the new era, the tree was replaced by stone, and the city's water supply was "entrusted" to a grandiose aqueduct. An amphitheater existed on the site of the modern station in Mainz, and the city wall protected residents from enemy raids.
Mainz Cathedral has been and remains the architectural dominant of the southwestern suburbs of Frankfurt am Main for the last thousand years. This three-aisled Romanesque basilica with Gothic and Baroque features was built between the 10th and 15th centuries, and several monarchs were crowned here in the Middle Ages. The length of the majestic structure is 116 meters along the outer walls, and the height of the western tower is 83 meters.