Articles about Hong Kong
by Audrey 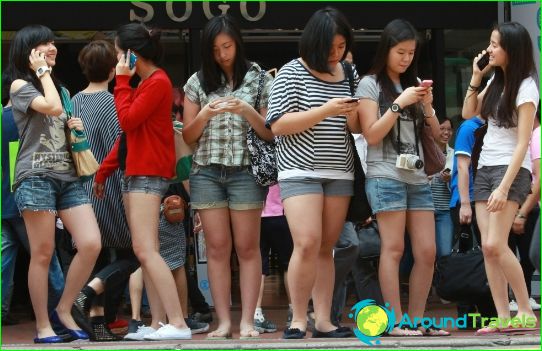 Hong Kong has a population of over 7 million.

Once upon a time, modern Hong Kong was the site of ancient settlements dating back to the Paleolithic period. These territories were annexed to China during the Qin dynasty, and the region became a naval base and trading port when the Tang and Song dynasties were ruling. As for the Europeans, they first arrived in Hong Kong in 1513..

Over 6,000 people live on 1 sq. Km. The majority of Hong Kong residents inhabit the extremely densely populated center of Kowloon and the northern regions of Hong Kong Island.

Perhaps due to this, among the residents of Hong Kong, there is a low level of obesity - only 3%. In addition, they try to walk more whenever possible, rather than travel by car. People in Hong Kong rarely face cancer and cardiovascular diseases.

Health care in Hong Kong is at the European level, but it is advisable to take out health insurance and get vaccinated against polio and typhoid before the trip..

Traditions and customs of the people of Hong Kong

Local residents have a special attitude towards people who have a good education and a prestigious profession, and they consider teachers to be the wisest people..

The indigenous people of Hong Kong are conservative people, so they find it difficult to adapt to innovations and still honor the traditions of their ancestors. They are distinguished by superstition: they believe in fate, study numerology, and they may well blame evil spirits for troubles and misfortunes (in almost every house there are talismans and amulets that attract good luck).

If you are in Hong Kong and you are invited to visit, take with you a gift for the owners of the house (do not give an odd number of gifts) and sweets for their children, and you must hand over the gift with both hands.