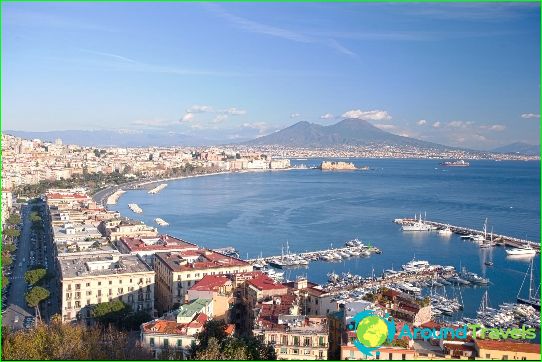 This sunny city on the shores of the Mediterranean Sea is the birthplace of the famous romance, pizza and brave and strong-minded people. It is full of charm and evergreen groves, and under its pearly clouds it seems that misfortune and adversity will never come to this blessed land. Going on tours to Naples, anyone can feel this boundless feeling of freedom and celebration, which helps its residents to accept each new day with joy and delight..

"These groves by the bay, these flexible olives ..."

Naples is the third largest city in the country after the capital and Milan. It is a large seaport, through which thousands of tons of various cargo pass every day. The port gives Naples a special charm: the fish market is bustling here, and the coastal restaurants and cafes prepare delicious seafood dishes.
All photos taken during the tour to Naples show Mount Vesuvius. Its peculiarity lies in the fact that Vesuvius is an active volcano, the only one in continental Europe. It is considered dangerous, and its eruptions have destroyed the surroundings more than once..
The beauty of the port city has become proverbial. It was about Naples that the phrase "See and Die" was first pronounced, and only then it was remade for Paris and other European capitals.