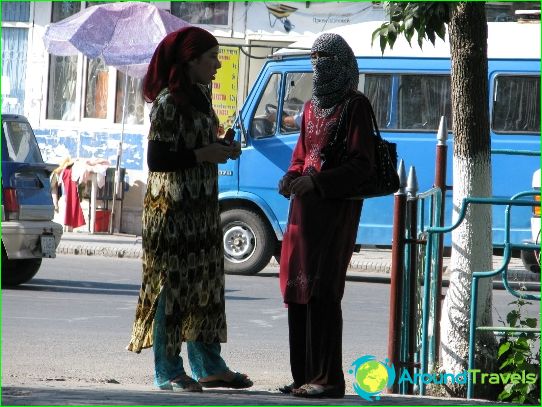 The early Middle Ages was a time when Turkic tribes made significant migrations in the area of ​​modern Kyrgyzstan. They settled in the valleys of the Tien Shan and Pamirs and formed settlements that grew into modern cities. Their population adhered to the tribal division until the twentieth century, and therefore the culture of Kyrgyzstan is very diverse. Even on the territory of neighboring regions, traditions and customs can vary significantly..

The life of the Kyrgyz at all times was nomadic. This is due to the occupation of the indigenous population of the country - nomadic cattle breeding. Herds of animals demanded new pastures, and therefore the inhabitants of the auls constantly moved from place to place. The yurt, a mobile house made of felt and skins, served as the most suitable dwelling for the nomad. Traditional auls have not become in our time a relic of the culture of Kyrgyzstan. They can be seen in traditional villages everywhere..
Cattle breeding has left an imprint on the traditions of the Kyrgyz in clothing. They sewed it from pet skins and felt, and the most traditional part of the Kyrgyz costume is a white felt hat. It is called Ak-cap and is worn by both men and women along with white boots..

About the exploits of Manas

In connection with the nomadic way of life, the Kyrgyz practically did not know writing, and only oral traditions and legends can be considered monuments of the culture of Kyrgyzstan. The most important Kyrgyz epic, passed down from generation to generation, is a poem about a hero who performed great deeds. The poem is called "Manas" and until the 19th century it was kept only in the memory of folk storytellers - manaschi.
Today "Manas" is an integral part of the culture of Kyrgyzstan, as well as its national music and dances. The main musical instrument on which the performers of the legends accompany themselves is called the komuz. It is a three-stringed semblance of a narrow guitar, and, according to ancient legends, it was created by the hunter Kambar. The rhythmic dances of the Kirghiz are accompanied by blows on the dobulbash, a large one-sided drum covered with camel skin.

UNESCO believes that in the lists of the World Cultural Heritage in Kyrgyzstan there should be a natural object, which in ancient times was sacred for the inhabitants of this land. Judging by the petroglyphs found on Sulaiman-Too - a mountain in the city of Osh - the ancestors of modern Kirghiz worshiped the spirits here. The History Museum, located on the slope of the Sacred Mountain, serves as a popular destination for tourists and locals..