Articles about the Philippines
by Amber

Currency of the Philippines 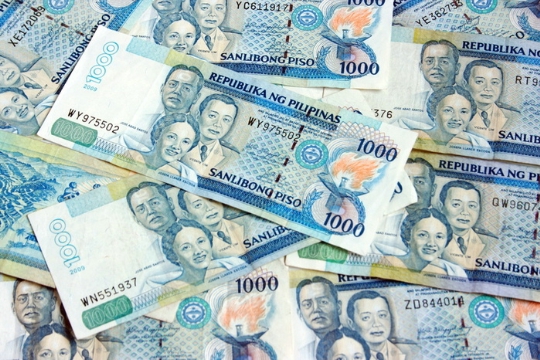 Banknotes and coins in the Philippine territory

Basically, in the Philippine Islands, coins of small denominations of 5, 10 and 20 pesos are used. the price level is quite low. There are also banknotes in circulation in denominations of 5, 10, 20, 50, 100, 200, 500 and 1000 pesos, but for a long time small banknotes of 5.10 and 20 pesos are no longer printed, they were simply replaced with coins. All banknotes have more than two modifications. The new banknotes display the signature of the President of the Philippines: Gloria Macapagal-Arroyo and the head of the Central Bank of Rafael Buenaventura. One of the Philippine banknotes was awarded an honorable place, and was entered in the Guinness Book of Records - a banknote of 100 thousand pesos, released in 1988, was recognized as the largest bill with a size of 216x356 mm.

Currency exchange in the Philippines

The exact exchange rate is provided only by the central banks of the capital - Manila. In other exchange offices, the rate is much lower than average. You can exchange currencies at airports, banks or specialized exchange offices.
The import of currency into the Philippines is not limited, but you can export it, up to 1000 pesos. When exchanging currency, it is advisable to keep bank checks in case you want to change the peso back to the desired currency.
Accepted in all major institutions in the country. There are cases that when exchanging foreign currency, difficulties occur and problems of various kinds arise, therefore it is better to take dollars with you, when exchanging dollars for pesos, problems should not arise.