Warsaw Zoo - photo, price, opening hours. How to get to the zoo in Warsaw

Articles about Warsaw
by Audrey 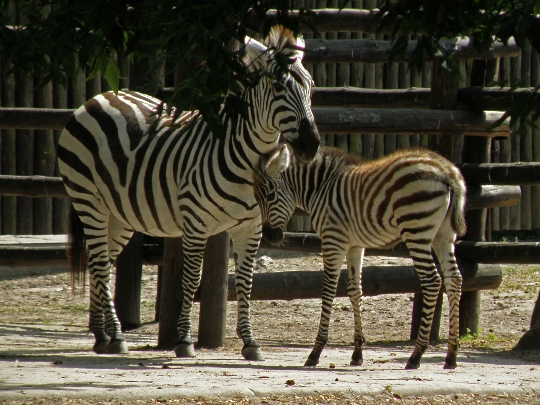 The first menagerie appeared in Poland during the reign of King Jan III Sobieski, and the zoo in Warsaw was opened in 1926. Crocodiles, monkeys, kangaroos, porcupines, brown bears and several other species of animals exotic for Poles have settled on an area of ​​three-quarters of a hectare on Koshikova Street. A couple of small menageries existed in other parts of the city, until in 1928 they were united under a common roof..
After World War II, the badly damaged zoological garden was rebuilt and reopened to the public..

This is exactly what the exact translation from the Polish name "Ogród Zoologiczny w Warszawie" sounds like. Occupying an area of ​​40 hectares today, the facility has a unique collection of rare animal species. The total number of pet workers of the zoo will soon reach four thousand, and the number of species represented has long exceeded five hundred.

The pride of the zoo in Warsaw is its modern aviaries and pavilions, where representatives of all species and classes feel as comfortable as in their natural habitat. The latest achievement of the Directorate is the opening of a pavilion for hippos and an aquarium for sharks, and before that new comfortable houses received jaguars, gorillas and chimpanzees.

Opening hours of the zoo in Warsaw:

Ticket offices and gates open at 09.00, regardless of the season. The closure of the zoo takes place:

Ticket offices stop selling tickets one hour before the zoo closes.
The entrance price also depends on the season. Summer is from March to October, and winter is from November to February. Ticket prices are:

Guests under three and over seventy years old enter the park for free. To confirm the age, you must have documents with a photo. Every first Tuesday of the month, all retirement age visitors do not need to buy tickets.
On the territory of the zoo there are cafes where you can eat and souvenir shops.

You can buy tickets, take a virtual tour and get a preliminary look at the exposition on the official website of the Warsaw Zoo - www.zoo.waw.pl.
Phone for inquiries +48 619 40 41.

Photos of the zoo in Warsaw