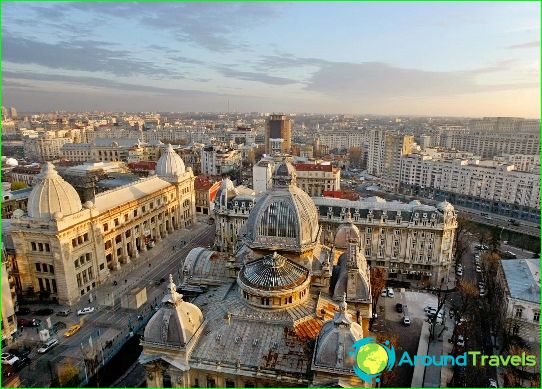 The Romanian capital boasts the largest building in the world by area after the Pentagon in the States and the tomb of the most famous vampire. The city of joy, as the Romanians call it, will really appeal to fans of museums and open-air concerts, and for fans of ancient architecture, tours to Bucharest are a real gift for a vacation or a vacation.

The first written mention of the city is contained in the documents of the Prince of Wallachia Vlad Tepes, who is better known as Dracula. It was this very real historical character that served as the prototype for the protagonist Bram Stoker during the work on the book about the vampire. The reason is sought in the dark legends that after the death of Vlad Tepes turned into a vampire, and his body was not found in the grave. The prince, even during his lifetime, was distinguished by particular cruelty and subtly tortured prisoners and criminals, which, however, did not prevent his versatile nature from donating to monasteries and building temples.
The modern capital of Romania stands on seven hills in the valley of the Dambovitsa River, and its population is confidently approaching two million, which makes the city the largest in southeastern Europe.