Home › Articles about Russia › Airport in Orenburg: scheme, photo. How to get to Orenburg airport

Airport in Orenburg: scheme, photo. How to get to Orenburg airport 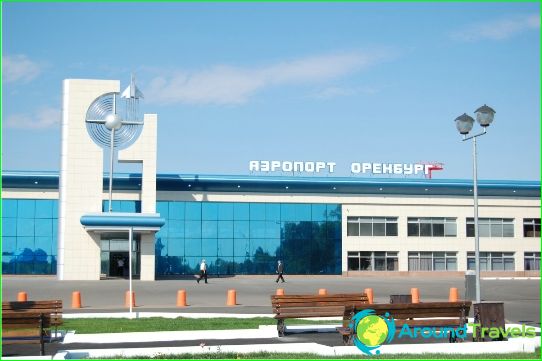 «Orenburg airport» - it is the international airport of the city of Orenburg, located 19 km east of the city. In 2011, the airport was named after Yu.A. Gagarin, but at the federal level it bears the name «Orenburg». Despite its long existence, the airport in Orenburg is in no way inferior in quality to other large international airports. The technical equipment and quality of service are at the highest level, the airport is capable of serving approximately 400 passengers per hour.

The history of airports in Orenburg begins in the 1930s. The airport «Nezhinka» existed from 1931 to 1987. The current airport «Orenburg», formerly named airport «Central», was put into operation in the mid-70s. Since the beginning of its operation, the airport has been rapidly developing, by 1978 the certificate of the first category of ICAO was received..
In 1991, the first international flight was made, and a year later the airport in Orenburg received international status. In subsequent years, he expanded his fleet of aircraft and helicopters..
In 2009-2010 the airport was reconstructed.
The last important event took place at the end of 2013, when in November the number of passengers served since the beginning of the year exceeded 500,000.

The airport in Orenburg serves both domestic and international flights. Check-in for these flights starts 2 and 3 hours before departure, respectively. All registrations close 40 minutes before departure.

The airport in Orenburg tries to provide the most comfortable waiting for passengers - post office, cafe, restaurant, various shops, ATMs for cash withdrawals and much more. A business lounge is available for passengers seeking special service. Business lounge services include: delivery, check-in and baggage registration, 24-hour bar, fax, internet. The cost of the business lounge services will range from 1,500 to 3,000 rubles. Children under 2 years old receive free service, and for children from 2 to 12 years old there is a 50% discount. Payment can be made in cash at the administrator, or by ordering via the Internet.

For passengers arriving by private transport, there is parking at the airport, the cost is 40 rubles per hour. For long-term parking - 200 rubles per day.