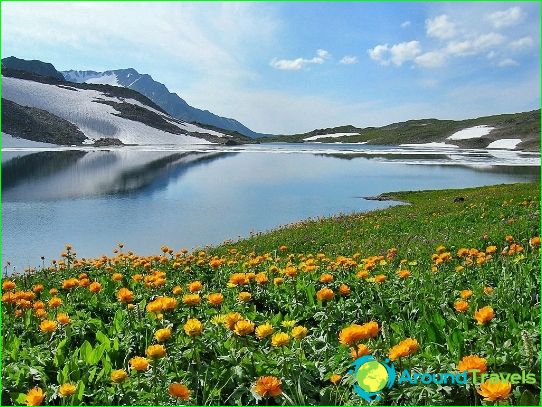 The deepest and one of the most beautiful lakes on Earth attracts travelers with its pristine nature, excellent fishing, and the opportunity to meet interesting people living on its shores. An excellent alternative to foreign trips can be Baikal cruises, which are organized by numerous travel companies and agencies..
Unlike hiking tours, which on the Baikal shores are associated with special difficulties in the form of impassable places and harsh conditions, cruises on comfortable ships will allow you to get acquainted with the most interesting places and participate in a rich excursion program without special physical costs.

Almost all the participants of the Baikal cruise find themselves before sailing in Irkutsk. It is worth taking a few hours to get to know the city before the cruise. Located on the banks of the Angara, the city is famous for its numerous museums, where the most interesting expositions are collected. Artistic canvases by famous painters Aivazovsky and Repin, the historical heritage of Przhevalsky and Obruchev, collectible porcelain and jewelry by Faberge, the deck of the "Angara" icebreaker and rooms of the Decembrists Volkonsky and Trubetskoy, all these are museum halls of distant Irkutsk.
Some cruises on Lake Baikal start from Listvyanka village. Near it is the Circum-Baikal Railway, which travelers get to know. It is considered one of the most beautiful in the world and holds the record for the volume of various works performed per one kilometer of the path along its entire length. Another local attraction is the village of Bolshiye Koty with a unique exposition of the Museum of Baikal Studies. The exposition includes the aquarium of the Biological Institute, which tells about the unique underwater world of the lake.

In addition to cognitive and local history information, cruises on Lake Baikal provide many opportunities to engage in physical self-improvement. Hiking along the most famous routes on the Baikal coast is the best way to change the scenery. In summer, many cruises include stops at picturesque coves to sunbathe and swim in the lake..
The guests of the motor ships are especially delighted with the inspection of the Pribaikalsky National Park, which begins in the Sennaya Bay. To get to it, you have to overcome a two-hour hiking route along picturesque mountain trails..