Suburbs of San Francisco - photo, what to see

Articles about San Francisco
by Ashley 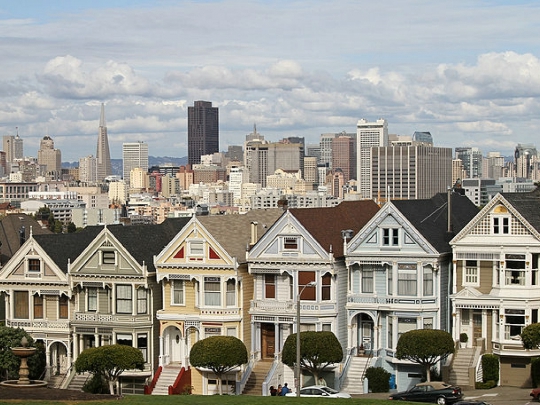 The Catholic Mission of St. Francis of Assisi, founded by the Spanish on the Pacific coast in 1776, gave its name to the city that has become today one of the main tourist attractions of the American West. The gold rush a few decades later gave impetus to its development, and today the center and suburbs of San Francisco are annually visited by millions of travelers both from the States themselves and from abroad..

The list of the world's most famous suburbs of San Francisco includes several neighborhoods and satellite cities, each of which has repeatedly flashed on the pages of guidebooks and in numerous films and television series:

There are about two hundred parks in the city center and the suburbs of San Francisco. The most famous is the Golden Gate, which stretches to the Pacific coast. Artificially planted trees of many species and exotic plants on the sand dunes have grown and, through the efforts of landscape designers, have turned into magnificent landscapes. Local favorites are the Japanese Tea Garden and the Flower Conservatory.
Buena Vista Park once flourished the hippie movement and is the oldest in the city. Located on a high hill, Buena Vista attracts photographers with magnificent views of the suburbs of San Francisco and its surroundings.