Articles about Boston
by Ashley 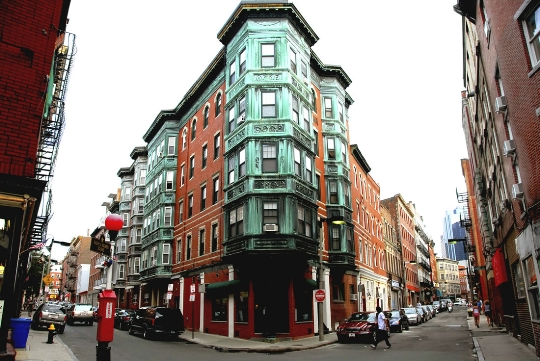 Boston is the capital of Massachusetts. This city is dominated by the European style of life, which is manifested in the architecture and customs of local residents. Boston's streets are famous for interesting sights, monuments, popular shops and restaurants.

Boston is divided into districts and quarters:

This street is considered the main street in Boston and runs through its center. It stretches for 4 km and combines the main attractions of the city. The Freedom Trail starts near the popular park and runs past the oldest buildings. The Government House is located on it. The Freedom Trail along the road is marked with a red line and inscriptions. This is a pedestrianized street that runs through 16 locations that house some of Boston's finest sites.

A large area in the central part of the city is set aside for the Boston Common park. It is the oldest public park in the country. It is divided into two areas: Boston Public Garden and Common. The entrance to the Boston Public Garden is decorated with a monument to George Washington, which looks towards the long Boston street - Commonwealth Avenue. Overlooking Common Park is the Massachusetts State Capitol, which hosts meetings of the state's executive and legislative branches..

Not far from Central Boston Park lies the picturesque Commonwealth Ave. Walking along the boulevard, you can reach the Brighton area, where immigrants from the former USSR live. The population here speaks Russian. Parallel to Commonwealth Ave is Newbury Street, home to art salons, chic shops, restaurants and boutiques..

For tourists, the Beacon Hill area is of particular importance, where narrow streets and mansions are located. The old market, built in the 19th century, is located here. There are many good shops, popular restaurants and cafes in the area.