Articles about Batumi
by Audrey 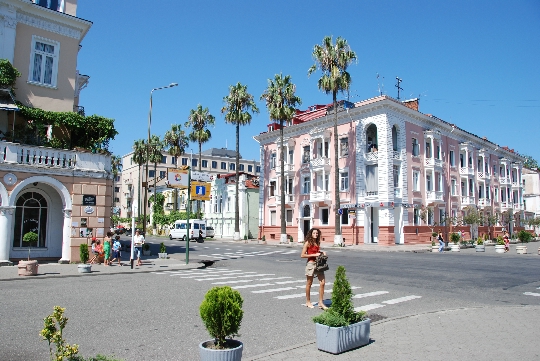 Warm and sunny Batumi is located on the Black Sea coast and the Kakhaber lowland. Due to the geographical features of the resort's location, the beach season in Batumi lasts from early May to late October, and the rest of the time the city welcomes everyone who wants to relax in the local boarding houses, taste the best Georgian cuisine and have fun at night discos in trendy clubs..

Batumi is adjacent to the bay of the same name and is located in the zone of humid subtropics. Snow falls extremely rarely here, and high temperature values, even in winter, do not allow the snow cover to stay longer than several hours. The air temperature in December-February rarely drops below +4 degrees. The rainiest season in Batumi starts at the end of September and ends in February. At this time, precipitation can fall daily, but against the background of warm weather, they do not cause significant inconvenience. Winter is just as enjoyable as sunbathing by the sea. For example, guests of the city are happy to taste local wines and get acquainted with the famous creations of Georgian and Adjarian culinary specialists..

The best season in Batumi for a seaside holiday starts with the arrival of the calendar summer. In May, the water is still cool enough for prolonged swimming, but in June the thermometer in the coastal waves of the Black Sea already reaches +23 degrees. The air heats up to a pleasant + 27 ° C, but in the evenings the sea breezes can bring excessive coolness. A windbreaker or a warm cape for promenades and walks on the embankment will not be superfluous at the beginning of summer.
By July-August, the peak season begins in Batumi. The days are getting hot, on the beaches during peak hours you can fix the thermometer readings at +30 degrees, but the winds from the sea bring saving freshness. Active entertainment is becoming popular - water skiing, windsurfing, volleyball competitions on the sand are held.

In August 2014, the first music festival with the participation of pop stars of the end of the last century was held on the Black Sea coast in Batumi. For three days, once popular hits were played on the venues of the city, and the best soloists and groups, who were idols of Europe in the 80s and 90s, performed for a grateful audience. The organizers hope that such events will become traditional, and the music festival season in Batumi will attract thousands of new tourists to the resort..