Articles about North Korea
by Amber 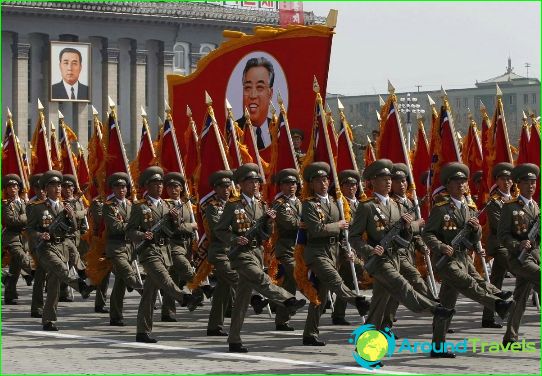 One of the most closed states in the world, the Democratic People's Republic of Korea, lives in full accordance with the Juche ideas. This ideology is based on ancient oriental philosophy and implies that each person is the master not only of his own actions, but of the entire surrounding world. On the scale of the Juche state, it is a solution to any problems of the internal life of the country on its own. In other words, although the culture of North Korea is based on traditional Korean customs, it serves as a tool for maintaining the ideology chosen by the party in the minds of the people..

North Korean culture is under the leadership of the Labor Party. Its leaders took on the role of cultural and ideological inspirers, and therefore the Department of Propaganda and Agitation does not lose sight of any direction of art, science and even folk crafts..

The main idea that art should bring to the masses is the rejection of the elements of capitalist ideology. In the past, according to the Juche ideas, the best should be taken, and the unique spirit of the Korean nation should be supported and cultivated in every possible way..
Undoubtedly, the benefits of such an ideology exist. For example, Korean ethnographers devote a lot of time to the restoration and revival of various forms of manifestation of North Korean culture and its heritage. Folk crafts, music and choreography are reviving and developing. For the sake of fairness, it is worth noting that all these directions have too optimistic, emphatically positive content and frankly proletarian properties. But who cares if "man is the master of the whole world," as the Juche ideologues claim?