Ouagadougou is the capital of Burkina Faso 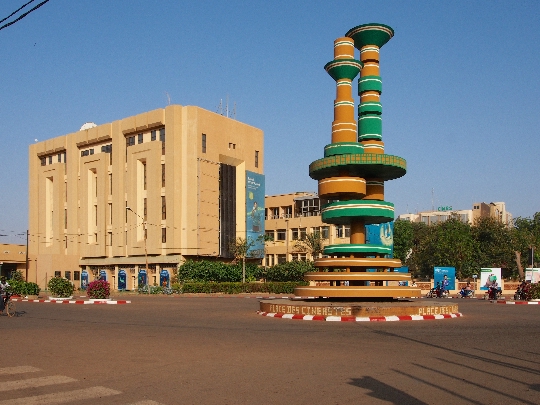 On the world map, you can find many amazing countries, interesting in shape or location. There are states and their main cities that have funny names. For example, the capital of Burkina Faso is called Ouagadougou, however, the cunning townspeople, so as not to break their language, came up with an abbreviated version - Ouaga.

The toponym first appeared in the 15th century, when the Ningxi tribes who were engaged in cattle breeding lived in these territories, or rather moved. Between them there was a constant struggle for power and land, until a leader appeared who led his tribe to victory. History has preserved his name - Vubri, as well as the legend associated with him about the change in the name of the area from «Kambi-Tenga» on the «Wugudugu». The translation of the latter from the local language is quite understandable - this word denoted the place where glory was won.

Since the later invasion of the colonialists was not without, and the French became them on the lands of Burkina Faso, the name «Wugudugu» began to pronounce and write in the French manner - Ouagadougou. It has had the capital status since 1441, being the main city of the Mosi Empire. In memory of those distant times, a special ceremony is held every Friday. Then Ouagadougou became the capital of the French colony, later - of an independent state.

There are not many attractions in the capital, but there are several interesting places worthy of a visit, even for a visiting visitor. First of all, tourists are attracted by local gardens and parks. One of them was previously a sacred place for the ancient inhabitants. Bangr Veugu Park belonged to the Mosi leaders, who performed their rituals here, including the initiation rite.

The French colonists significantly pressed the indigenous population, it is good that they did not touch the forest zone itself, but turned it into a park. Today this place is called «Forest of knowledge», which reminds of the ancient inhabitants and their rituals.

The Catholic cathedral was built of red brick, which is traditionally produced in this region of the country. The style of the building is Romanesque, European, but with elements of West African architecture. This building also has its own characteristics - for example, its central part resembles a rich mansion of some local resident. Its two towers are also remarkable, firstly, they have different heights, and besides, one gets the impression that they were not completed. Inside the cathedral has a beautiful carved wood altar.