Home › Different countries › Capital of Samoa: map, photo. What is the capital city in Samoa?

Capital of Samoa: map, photo. What is the capital city in Samoa?

Apia - the capital of Samoa 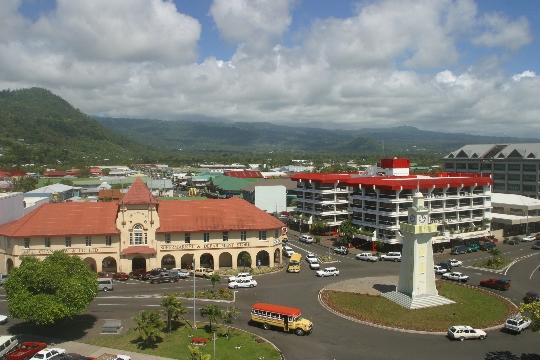 The Pacific region is a mystery for many tourists. Firstly, there are a large number of island states. Secondly, they have all the regalia relying on the status, including the anthem, coat of arms and the main city. True, sometimes strange things happen, for example, on the one hand, Apia is the capital of Samoa, on the other, it is the only city in the country.

If you take a geographical map of Samoa, you will notice that Apia is located on the island of Upolu, in its northern part, on the coast, in a rather mountainous area. Therefore, the guest of the capital has the opportunity to admire simultaneously beautiful mountain landscapes and ocean expanses..

The climatic conditions of the capital city are difficult, especially for an unprepared tourist. The climate is tropical, very humid, hurricane winds often sweep across the islands. On the other hand, heat and moisture contribute to the rapid development of local flora..

Through the pages of history

Local annals report that Apia was the first settlement founded on these lands by English missionaries. Therefore, it is understandable why it is now the main city of Samoa. The year of formation is 1837, at the beginning of the twentieth century, representatives of other strong powers - the USA and Germany - replaced the English colonists. They divided the archipelago among themselves, transferred or took away islands and territories from each other..

In 1914, New Zealand troops landed here, forming Western Samoa, of which Apia became the capital. In 1962, an important event for all local residents took place - the country gained independence, and the first in Oceania.

Cultural and other attractions

The first route of the guests of the capital can run through the streets of the city, and the purpose of the trip is to get acquainted with religious buildings belonging to different confessions. The main cultural, historical and religious sites appear before the tourist:

No less interesting for European tourists can be a visit to the estate of Robert Stevenson, a famous English writer, author of an immortal novel. «Treasure Island». The estate is located not in the capital itself, but in its suburb of Vallimu. It is known that this brave traveler received the name from the locals «tusitala», which is translated completely unoriginal - «the narrator».