Freetown is the capital of Sierra Leone 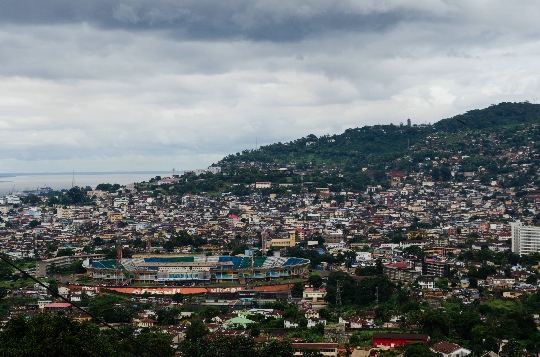 The capital of Sierra Leone - Freetown has an interesting name, it is translated from English as «free city». Unfortunately, the prehistory of the birth of a new toponym on the world map, on the one hand, is very sad, on the other, it is symbolic. Once upon a time, on the site of the existence of modern city blocks, there was the world's largest market, where the main goods are people, slaves, who were exported to the countries of the New World to work on plantations..

The history of the founding of Freetown

The symbolism of the appearance of the city with this name is that it was here that the former slaves, the first 400 freed blacks, returned. They gained their freedom because they fought on the side of the British in the struggle for independence. Fighting for the freedom of others, they achieved their own liberation..

The city was officially founded on March 11, 1792. Further population growth occurred at the expense of the same freed slaves. Most of the new arrivals previously lived in Jamaica, then as live goods were sent to the numerous English colonies located in the Caribbean. After their release, they did not return to their native land, but went in search of a better life - to Freetown.

The city is developing quite dynamically, and the number of its inhabitants is also growing (approaching a million). Freetown is still inhabited by people of many nationalities and ethnic groups, including descendants of settlers from northern Africa, in particular from Lebanon. The confessional world of this modern metropolis is just as variegated. There are followers of all world religions, including Muslims, Christians, adherents of local beliefs..

Unfortunately, for travelers from other countries, the capital of Sierra Leone is an unattractive city, since the tourist infrastructure is poorly developed, and prices for many goods are overpriced. There are no special sights, witnesses of ancient history on the city map, among the most interesting are:

Another interesting object for tourists is the so-called Royal Gates, they are built of stone and have a symbolic inscription. It says that a slave who passes through this gate becomes a free man..