Capital Tuvalu: map, photo. What is the capital city in Tuvalu?

Funafuti is the capital of Tuvalu 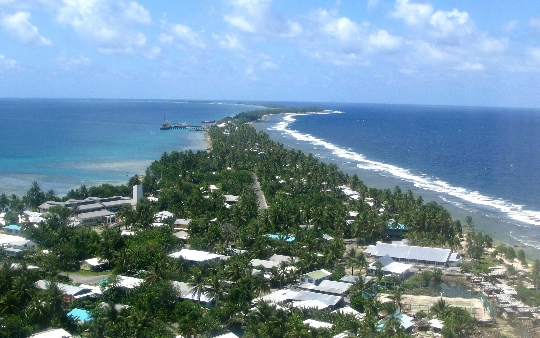 There are so many amazing places on this planet that if you set out to visit them all, then one human life is clearly not enough. The same Polynesia with its thousands of small beautiful islands and atolls, where independent countries are growing very quickly. Many names of new states and their capitals sound like a song, for example, the capital of Tuvalu - Funafuti. You hear this name and immediately you want to go there, only the thought of an infinitely long flight can stop you, respectively, an unaffordable air ticket price for many.

Tuvalu is both a state and an archipelago that occupies four islands and five atolls. And Funafuti is probably one of the most amazing cities on the planet, since its definition is the atoll capital.

The city map consists of thirty small islands, each of which has the same pleasing name as the rest of the capital. Fongafale is considered the largest in area, Funafala is in second place. And the funny thing is, the total area does not exceed three square kilometers..

All sights are in Fongafale

Officially, it is believed that the territory of the capital of the state of Tuvalu is the entire Funafuti atoll. In fact, only the village of Vaiaku, located in the south-west of the island of Fongafale, was enough to accommodate government buildings..

A little more than half a thousand local residents live in this place, and the main state institutions are also located here: the seat of the government; the residence of the governor-general; the hotel, unfortunately, is singular; commercial Bank; meteorological station. True, the buildings were built not so long ago, do not have any architectural features, therefore they are not of interest to tourists..

Most often, guests of the archipelago go to see the Tuvalu Church, which is considered the most significant cultural and historical site. The second place is taken by an American aircraft dating back to the Second World War. Rather, what was left after its collapse. It is known that the runway was located here, which was used by the Americans to defend the Gilbert Islands (modern name - Kiribati).

In addition to the village of Vaiaku, which is considered the main one, but has the least number of inhabitants, there are three more villages on the same island - Alapi, Fakai Fou, Senala. They all actually merged into a single settlement..