Coat of arms of swaziland 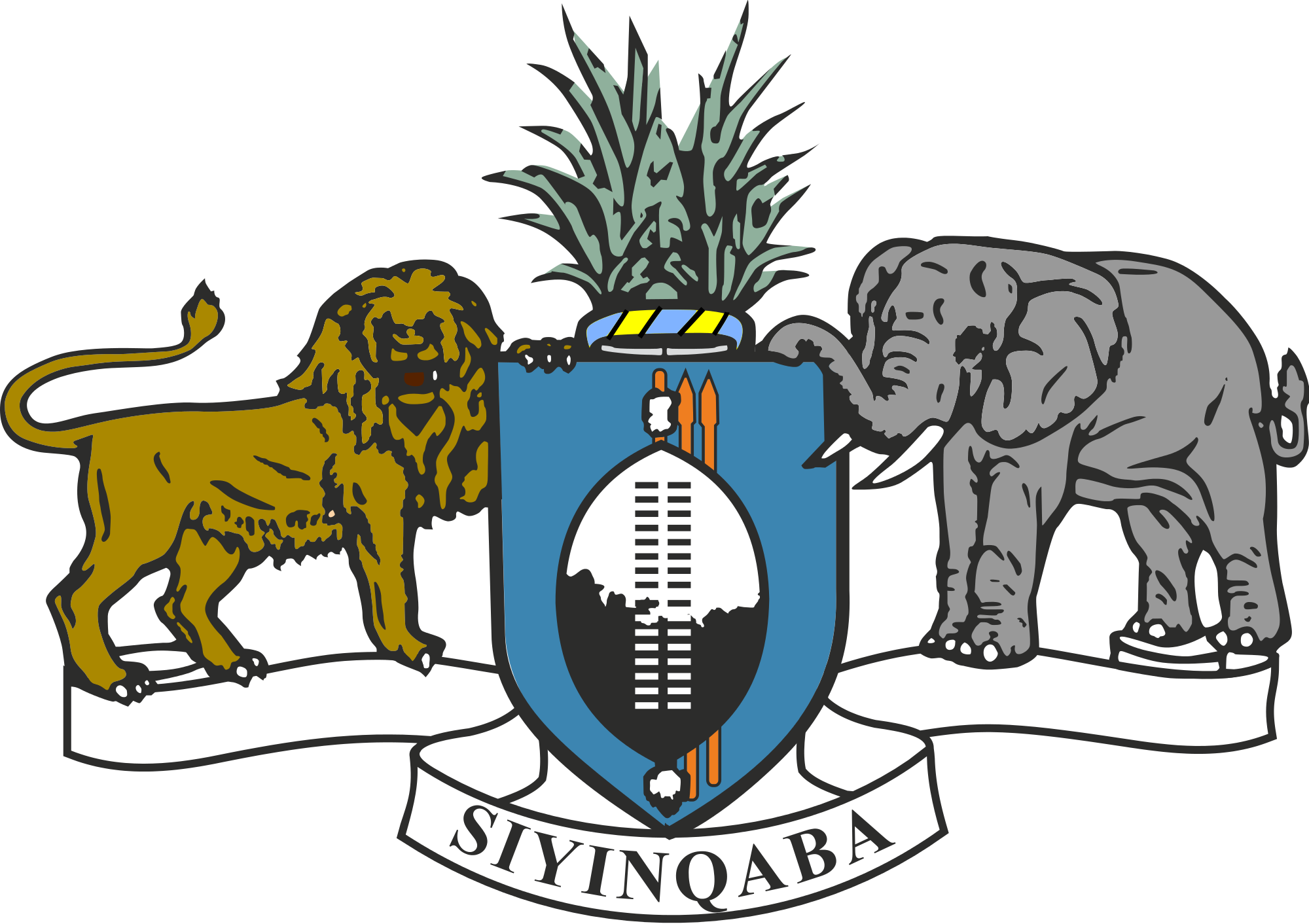 The countries of the Black Continent in the twentieth century made a lot of efforts to become independent, to free themselves from the power of the largest European powers. Among the first steps of independent African states is the creation of their own emblems and flags. At the same time, many emblems, for example, the coat of arms of Swaziland, try to maintain a balance between European heraldic traditions and national traditions..

The coat of arms of Swaziland evokes ambiguous feelings. On the one hand, it is based on the classical principles of building a composition and the following main elements can be noted:

On the other hand, there is a violation of proportions - the main emblem of the Kingdom of Swaziland looks somewhat stretched. All this is due to the fact that the animal supporters are drawn realistically. In this case, the elephant stands on four legs, holding a large shield with its trunk, and the lion stands on three legs, the fourth resting on the shield.

In most European coats of arms, animals that are assigned the role of supporters stand on their hind legs. Therefore, the composition of such emblems looks proportional, fits into a square in shape, while the coat of arms of Swaziland, rather, can be inscribed in a rectangle, the base of which is much wider than its height.

Another difference is in the depiction of animals. On the coats of arms of many countries of the world, there are stylized lions, leopards, and here both the lion and the elephant look naturalistic. This also applies to the images themselves and the colors in which they are painted..

This is another difference between the main official emblem of the African state and similar emblems of other countries. The large shield has a traditional classical shape, the small shield is part of the armament of an African warrior.

The large shield is painted in azure color, black and white are chosen for the small one. In addition, golden spears are placed vertically on a large shield. The use of the traditional African shield and spears symbolizes the willingness to defend the borders of the kingdom.

The composition of the Swaziland coat of arms is crowned with a burette and a stylized crown decorated with green feathers. This is what the king's headdress looks like, which he wears not every day, but only during important events, for example, the so-called incwala - the harvest festival.