Coat of arms of Mozambique 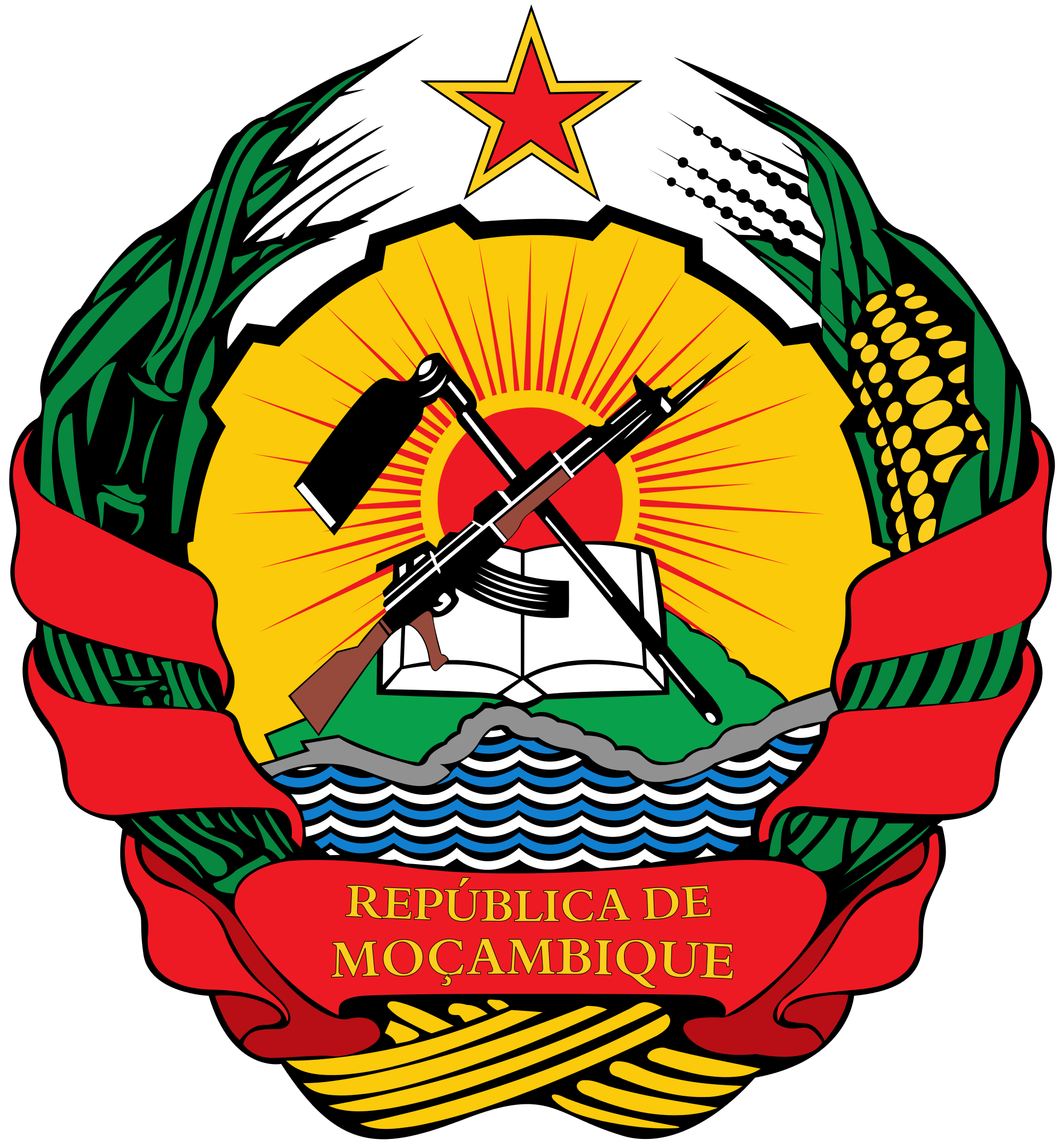 The coat of arms of the Republic of Mozambique is composed of a number of symbols of great importance to the Mozambican people. Against the background of a yellow mechanical wheel, the rising red sun is depicted, rising above a high green mountain, towering among the calm waves of the sea surface. An open book is depicted in the background of the mountain itself, as well as a crossed hoe and a Kalashnikov assault rifle. This whole structure is framed by stalks of sugarcane and corn, placed on the sides of the mechanical wheel. The stems are intertwined in the lower part of the coat of arms and a ribbon runs along them, on which the name of the republic is written in Portuguese. At the top of the emblem is a five-pointed red star.

The symbolism of the main emblem of Mozambique is in line with African ideas about the struggle for independence and about peaceful life. Each symbol has its own meaning.

The Kalashnikov assault rifle was depicted on the coat of arms of the People's Republic of Mozambique, then it was transferred to the new coat of arms. In recent years, many political leaders have demanded that the main emblem of the country be slightly corrected and this machine gun removed from it. The main motive in this case is the desire to make this coat of arms more modern, corresponding to the current state of affairs, since the Kalashnikov assault rifle refers to the reality of the struggle for independence. In 2005, the issue of changing the national emblem was brought to the parliamentary hall, however, the majority of the deputies then voted against the proposal to change the main emblem of the country..