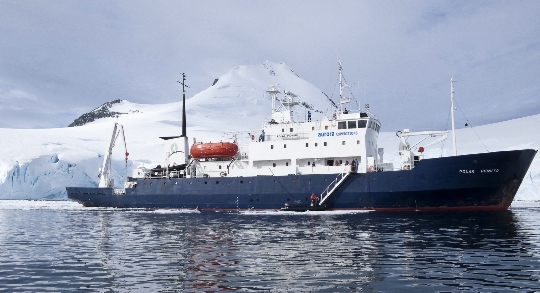 The sea got its name from the ship «Scotia», on which the Scottish expedition took place. The map of the Scotia Sea shows that it has no coasts, and the coastline is formed by island arcs. The average depth of the sea is more than 5000 m. This indicator makes it the deepest sea in the world. The maximum depth is 6022 m. The bottom relief is highly dissected, which is associated with the volcanic origin of this area of ​​the earth's surface. The sea is in the transition region from ocean to land. It is distinguished from other seas by its small shelf.

Climate in the Scotia Sea area

The main part of the reservoir is located in the subpolar zone. The water on the surface has an average temperature of +6 to -1 degrees. A temperate climate prevails in the northwest of the sea. In its middle part, the waters of the Antarctic Current fall, and water from the harsh Weddell Sea passes to the southeast. The air warms up well over the sea. The average temperature in February is about 2 degrees in the southern part of the reservoir. In the north, it reaches 9 degrees. In June, the air has a temperature of 1 degree in the northern regions and -8 degrees in the southern.

Westerly cold winds are constantly forming over the water area. Storms often occur here. The Scotia Sea is one of the main areas for the formation of Antarctic icebergs. The subantarctic and temperate zones determine the conditions for the formation of ice in the sea. In winter, it is partially covered with ice, and in summer it is completely freed from it. The Scotia Sea coast has a harsh climate and hurricane winds.

There is not a great variety of living creatures in the sea. There are only one hundred species of fish here. Numerous species are icefish, notothenia, white-blooded pike, southern blue whiting, grenadier, etc. The reservoir is rich in krill - food for fish, baleen whales and seabirds. Fishing is developed in the Scotia Sea. Despite the scarce flora and fauna of the islands, there are a lot of fish, crustaceans and molluscs along the coast. It is home to hake, dorado, goby, hammerhead fish, smelt, mullet, etc. In these parts there are sperm whales, walruses, whales and seals.

Photos of the Scotia Sea