Imeretinskaya embankment in Adler - the road to heaven

Somehow I was not at all impressed by the Central Embankment of Adler, although I enjoyed riding for an hour and a half around this location of the old city. Either leaving to the sea, then again delving into the streets and squares, jostling between pedestrians and jumping on the ropes of local fishermen, I gradually got to the Mzymta River, and across the pedestrian bridge I got to the side of the Imeretinskaya Bay. But there, after the Imereti yacht port, the most interesting thing began for me, as for an unprofessional cyclist. The embankment of the Nizhneimeretinskaya Bay turned out to be a paradise for cycling. However, for walking too.

If you do not go into details, then the entire coast of the bay was pulled into concrete with massive parapets, almost human height. From the side of the sea, there is an untouched beach, without concrete breakwaters, which can and help save the coast, but terribly spoil its aesthetics. The entire central embankment of Adler is disfigured by these breakwater breakwaters, and to be honest, sometimes you don't even want to look towards the sea. But on the Imeretinskaya embankment, a completely different picture: a clean, beautiful line of the coast and the sea, nothing more.

The embankment is empty in some places, but slowly it takes on a completely civilized look: benches, cafes, landscape design elements appear, rental offices for two- and three-wheeled bikes, roller skates and electric bicycles are opening. For pedestrians, a sidewalk almost three meters wide was paved with stone tiles, and two meters of bicycle paths with a special coating and speed limiters in places of congestion and crossings of tourists were left for those who ride. And all this is free. Five kilometers of perfectly flat track.

You ride and walk with a view of the sea, in the fresh sea air, surrounded by the same people walking and rolling. The path is so long that it seems that it will never end and generally goes somewhere in the sky. In some places, speed bumps and hatches are infuriating, especially if you have been pushing your butt point with a narrow bicycle seat for the fifth hour and have to endure sharp jabs in your overworked buttocks. But this minus is more than interrupted by the speed, safety and entertainment of the ride. At any time, you can stop, fasten your bike to the parking rack and go down to the sea. Sit in a cafe overlooking the sunset or on the parapet, sipping soda and devouring the freshest khachapuri with cheese.

An ideal walking place in Adler, I would say so. 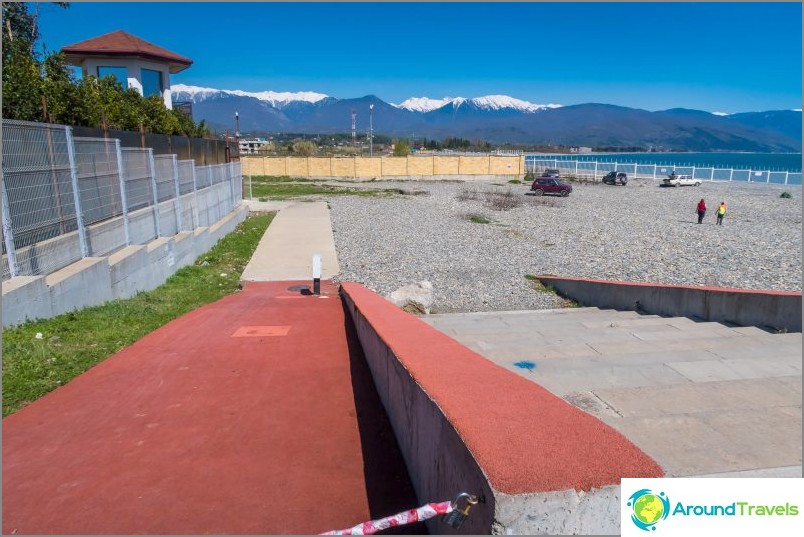 The end of the embankment, further - the border with Abkhazia 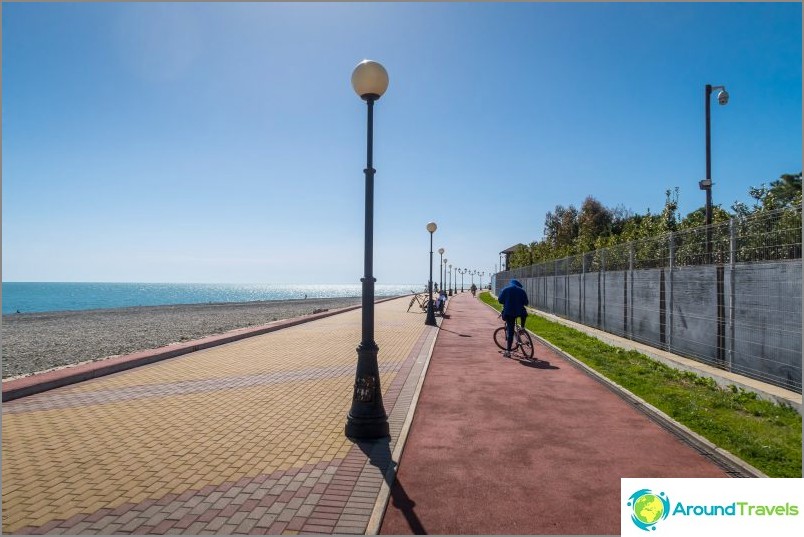 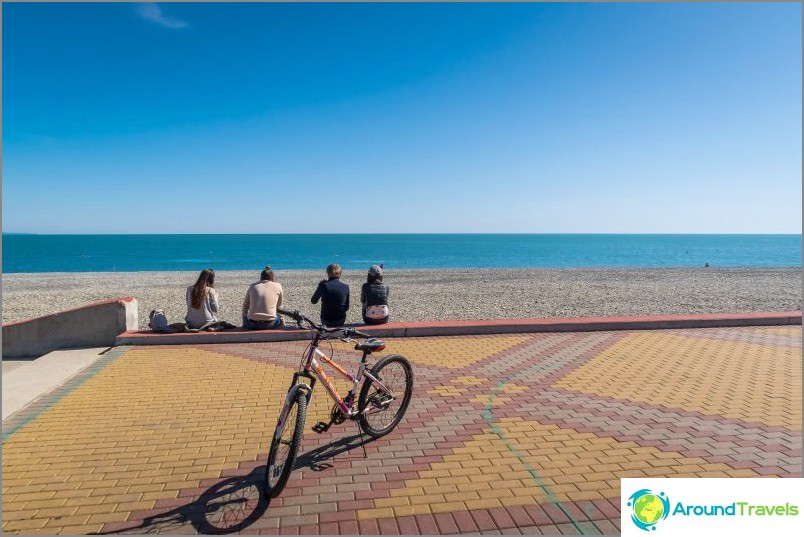 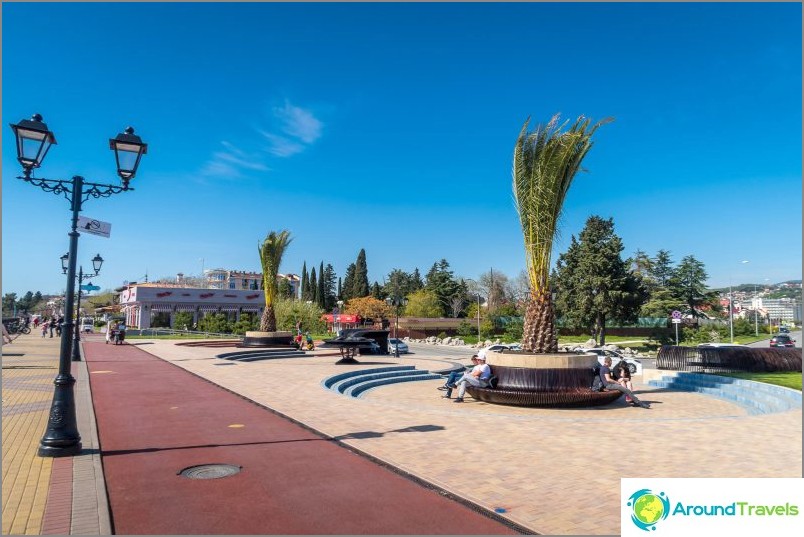 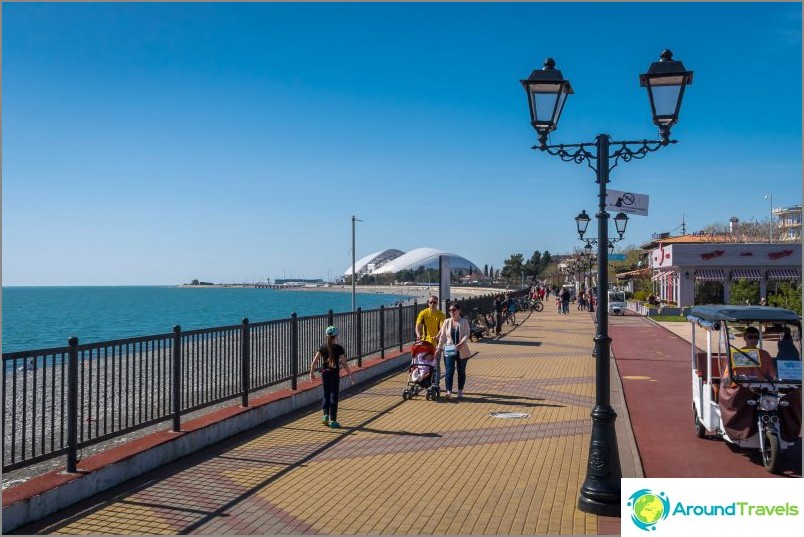 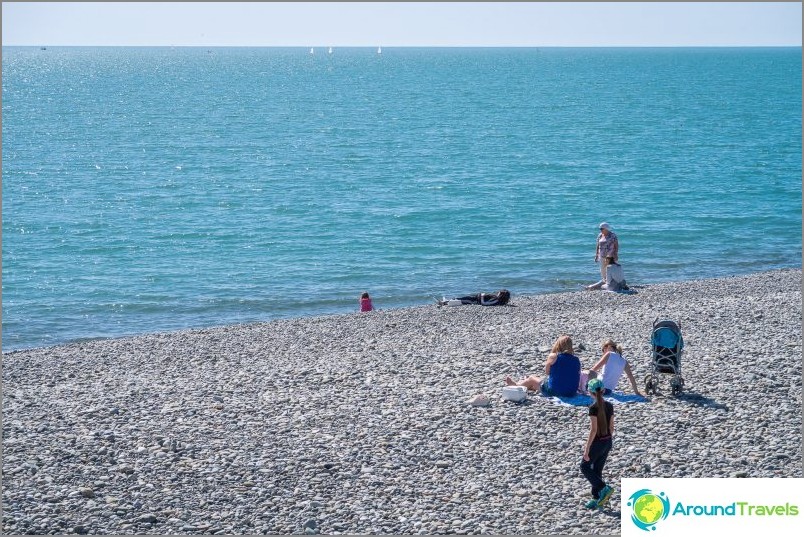 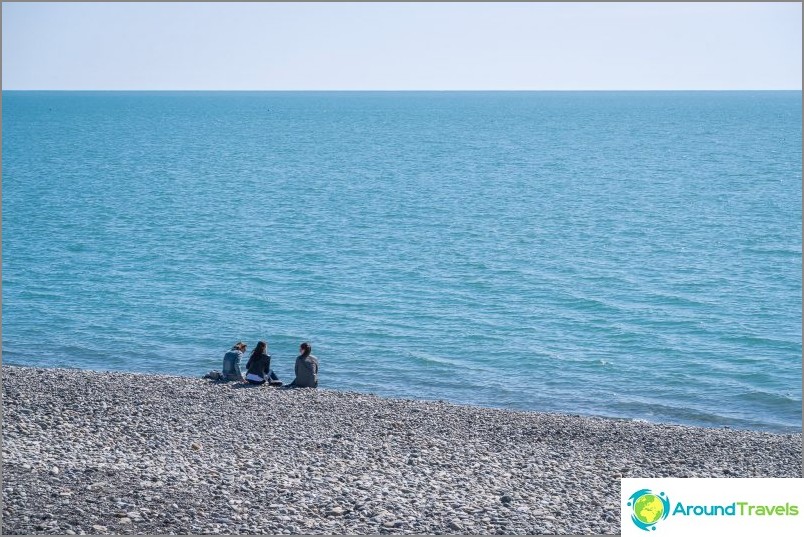 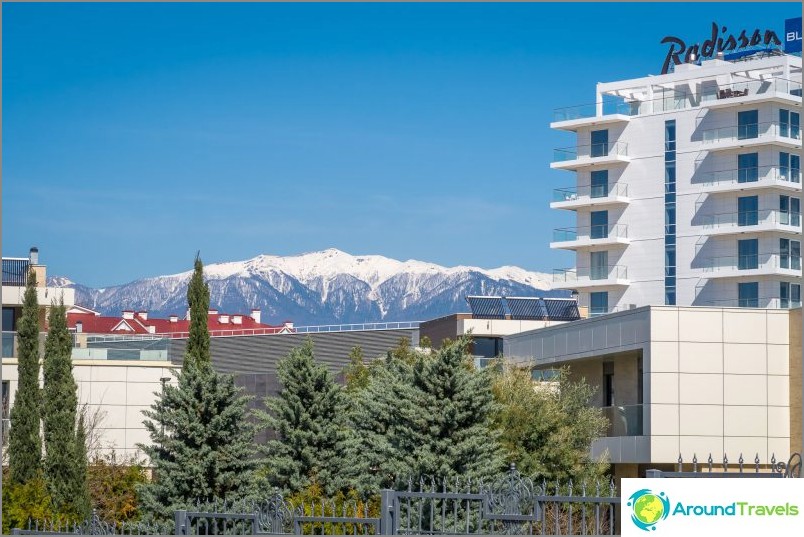 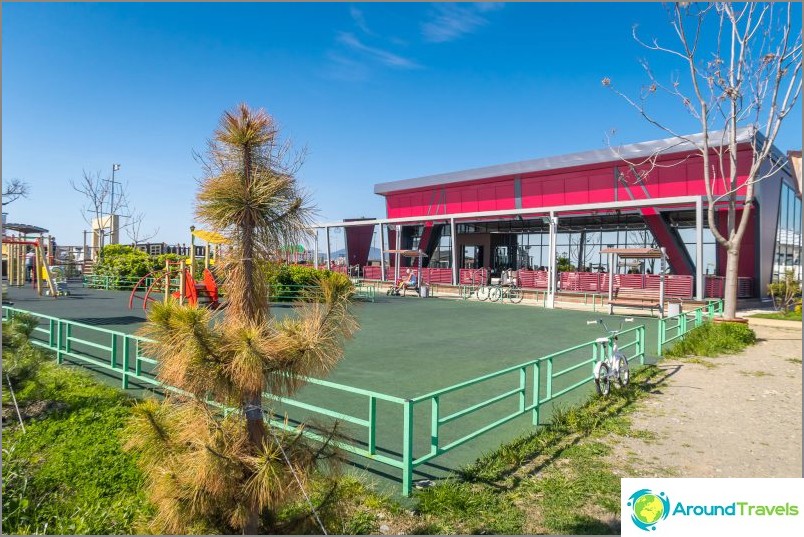 Admission is free, the beginning of the bike path is approximately in the cafe area «Sail», ends in 5 km near the border with Abkhazia. There are many cyclists without experience, there are high-speed electric scooters and golf carts, you will have to get used to driving them away. For those who do not want to bother with a bike at their place of residence - there are bike rentals on the embankment itself, the points are indicated on the map.