Lazhechnikov's estate in Kolomna (house-museum) - impressions of a descendant

Recently I visited the house of my ancestor Ivan Ivanovich Lazhechnikov. He was a writer, and one of his most famous novels is called «Ice house», maybe someone read it. Until that moment, I had never advertised my relationship on the blog (there is no need somehow), so few of our readers drew parallels. Moreover, now he is little known, and it would be necessary to tell who he is. But you must admit, it would be logical if a post about a visit to my family estate appears on my blog? 🙂

I had been planning to go for a long time, and now this time has come. Hopefully I'll get 225 years more in a month. It's amazing, we were born with him almost on the same day.

I cannot say that the Lazhechnikov Museum will be of interest to the general public, rather to those who are familiar with the writer's work. And the big problem is that, in fact, apart from the house itself, nothing remained, moreover, the house was not preserved in its original form either. For example, at the entrance there is a modern wooden staircase to the second floor, instead of which there used to be a staircase inside the wall. The tiles on the stove were selected simply from that time, as well as a small collection of merchant and peasant household items, but not those that were in this house, and which were touched by the writer's hand. The reason is simple - who have not lived in this house since those times. Therefore, the tour is mainly not for the eyes, but for the hearing..

We were told that only recently a family Bible was handed over to the museum by the writer's relatives (through his brother), that's all. I know that my grandfather, while he was alive, often visited Kolomna and transferred some photographs (and maybe something else?), But then there was no museum, so most likely he transferred them to the Lazhechnikov Library, which in those days it served as a museum. The library, in turn, is in no hurry to give its exhibits to the museum.. 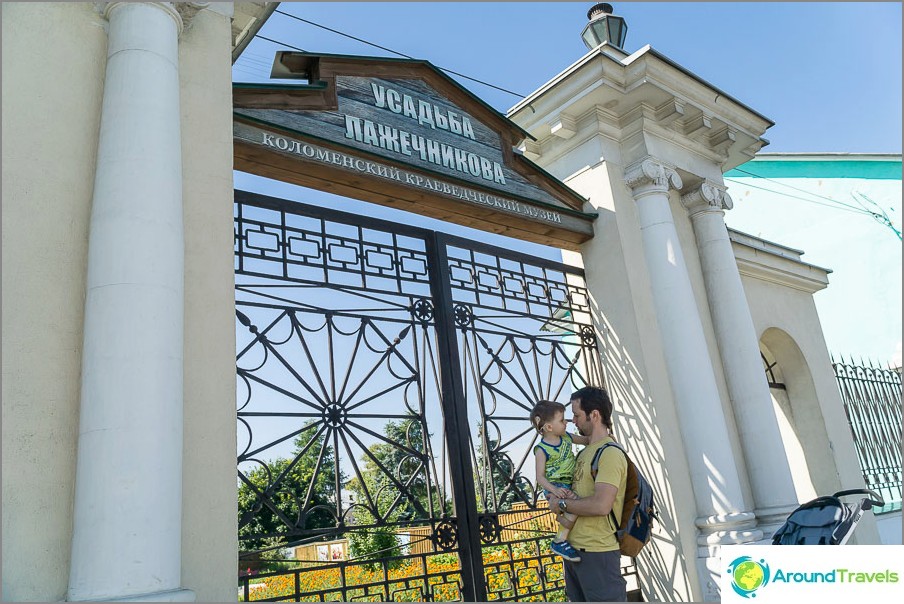 Entrance to the territory of the Lazhechnikov estate 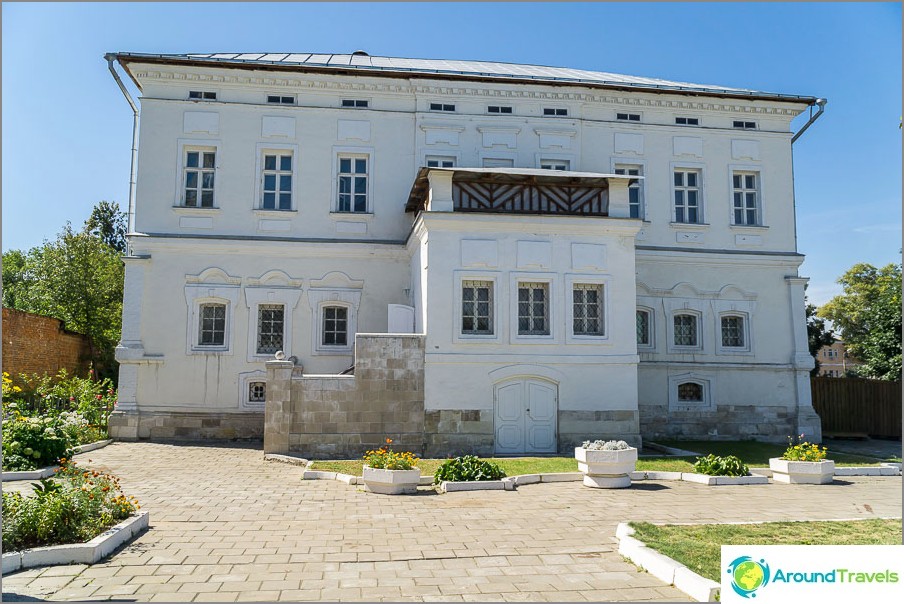 House of the Lazhechnikov family 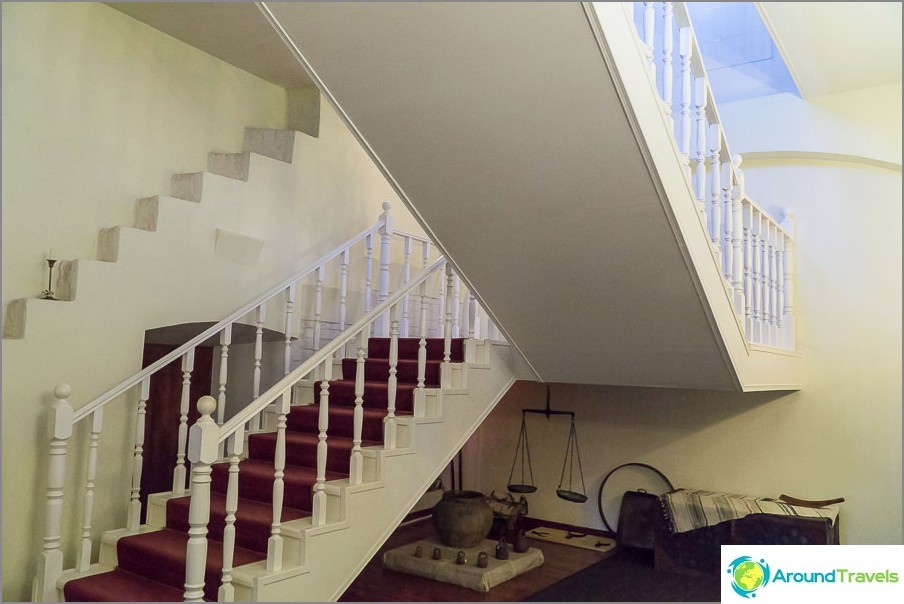 Modern staircase, and on the left are the remains of an intra-wall staircase 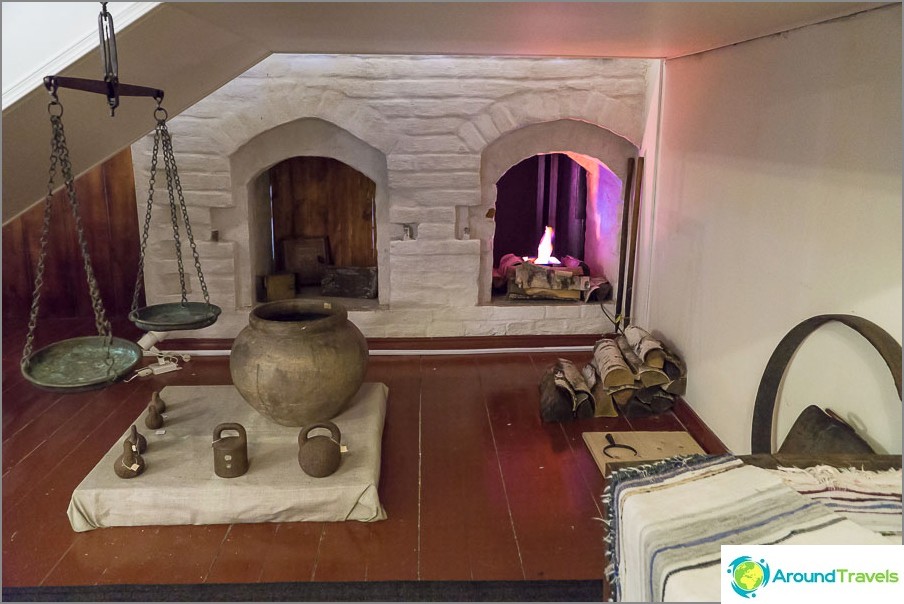 2 furnaces of the furnace, on the other side 2 more 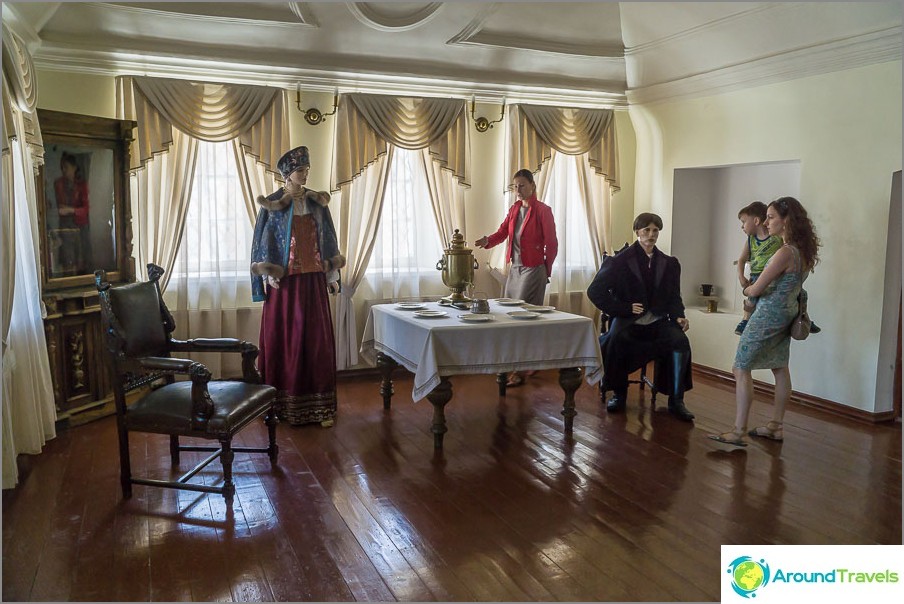 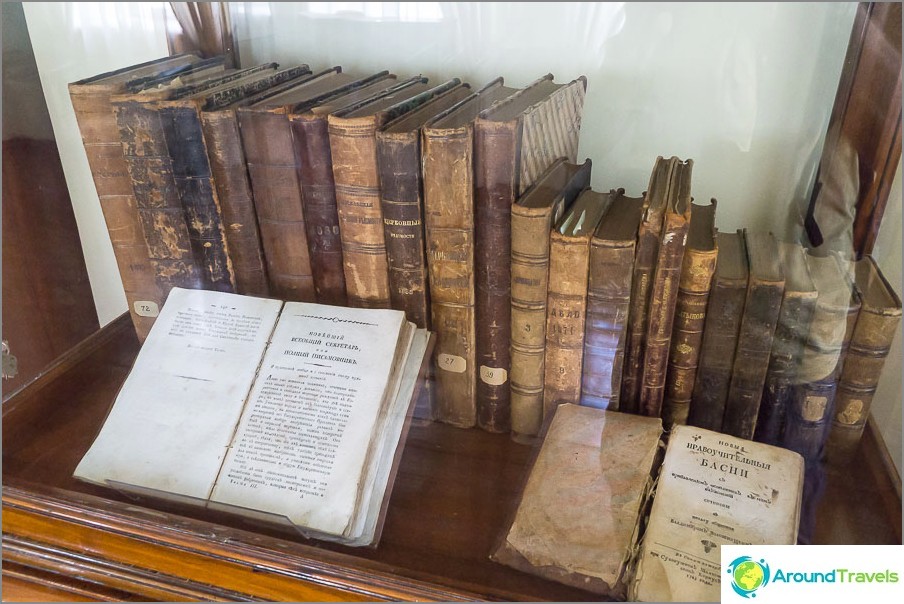 Books of the time 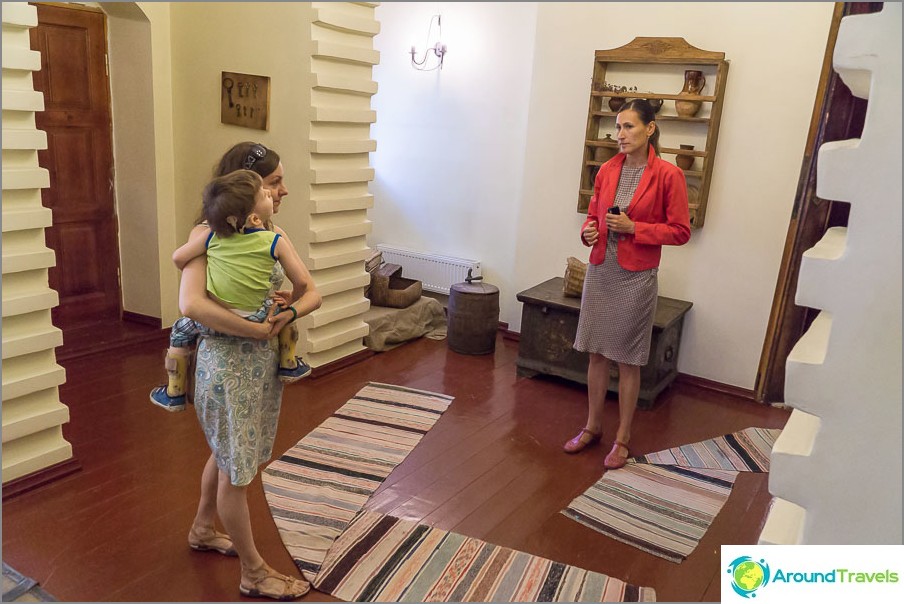 Canopy in the house 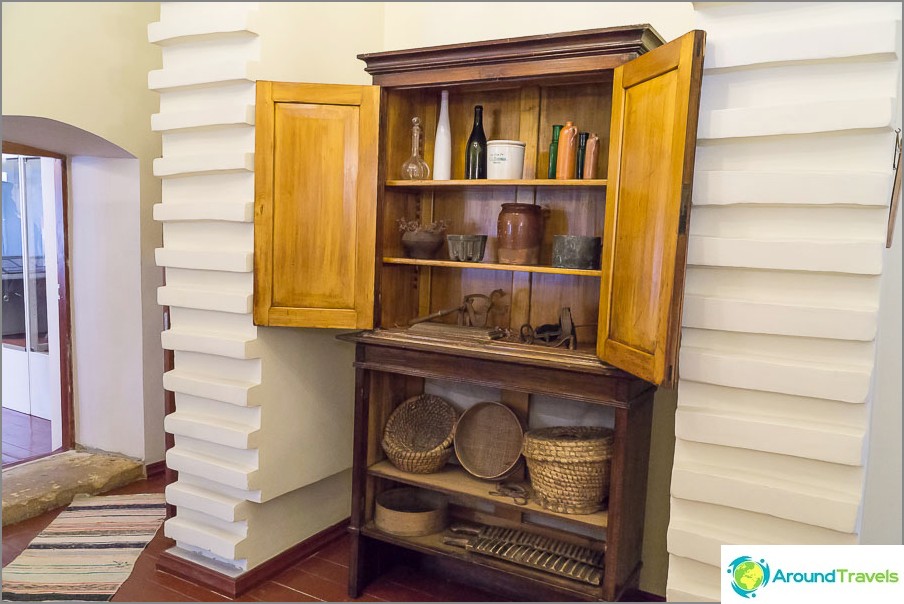 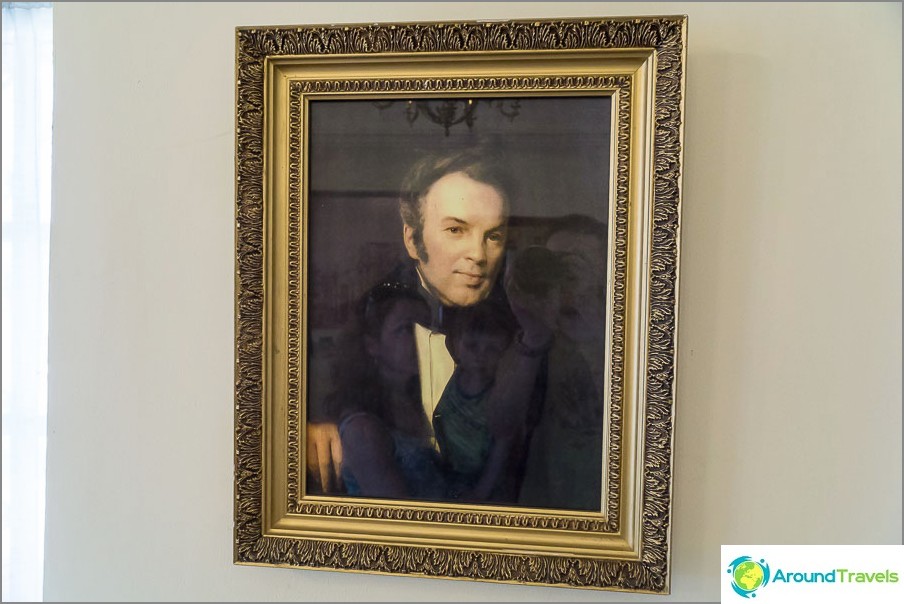 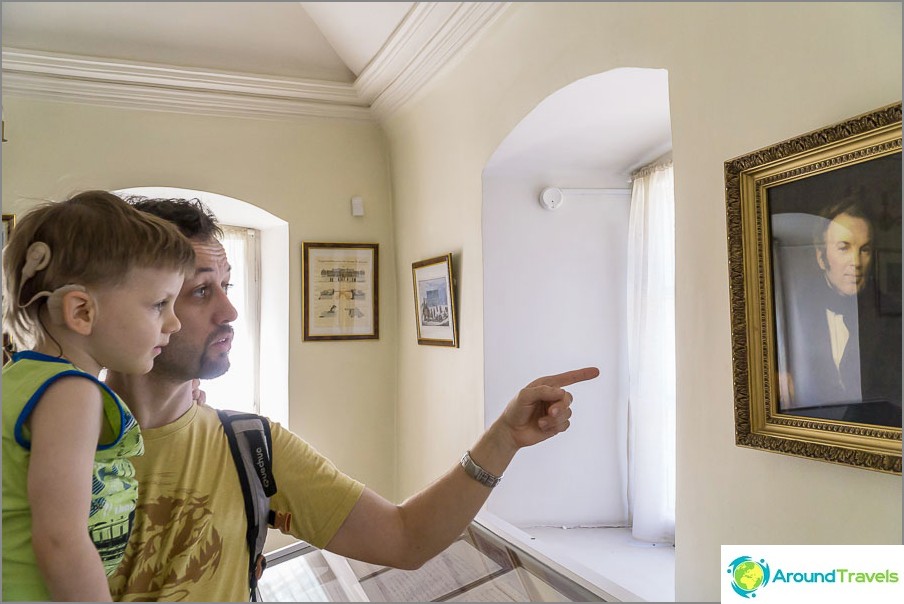 I show Egor his ancestor 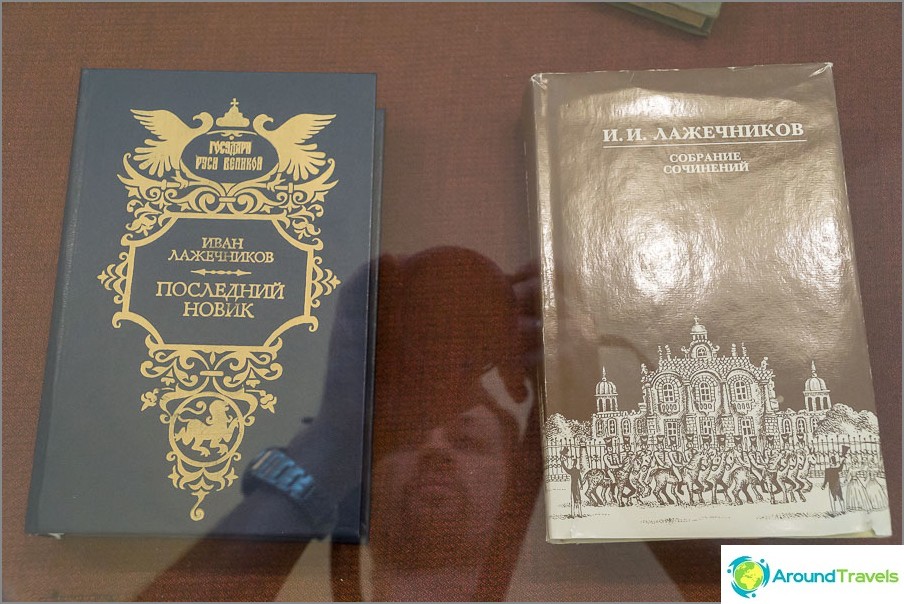 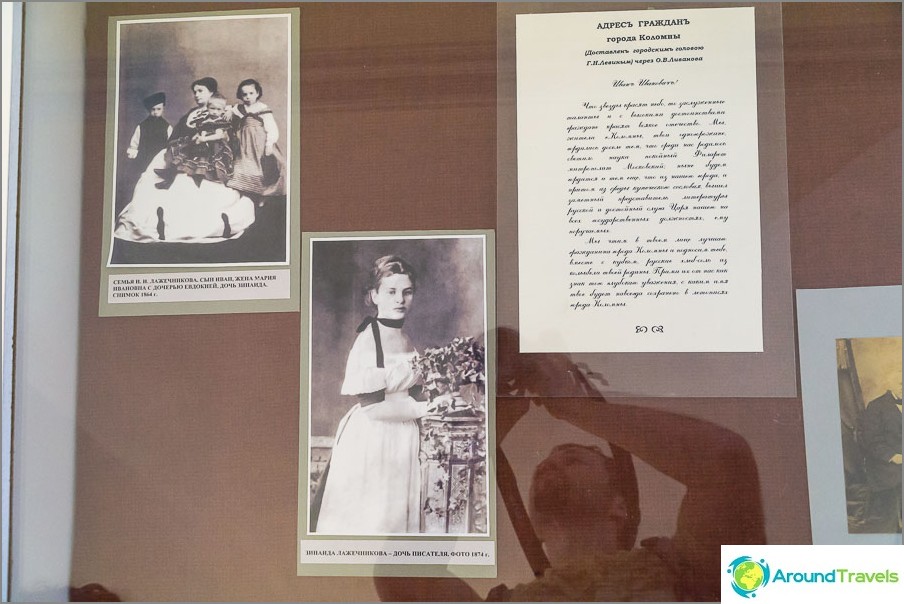 On the left is a photograph of the writer's wife and children, in the center of Zinaida's daughter (my great-great-grandmother) 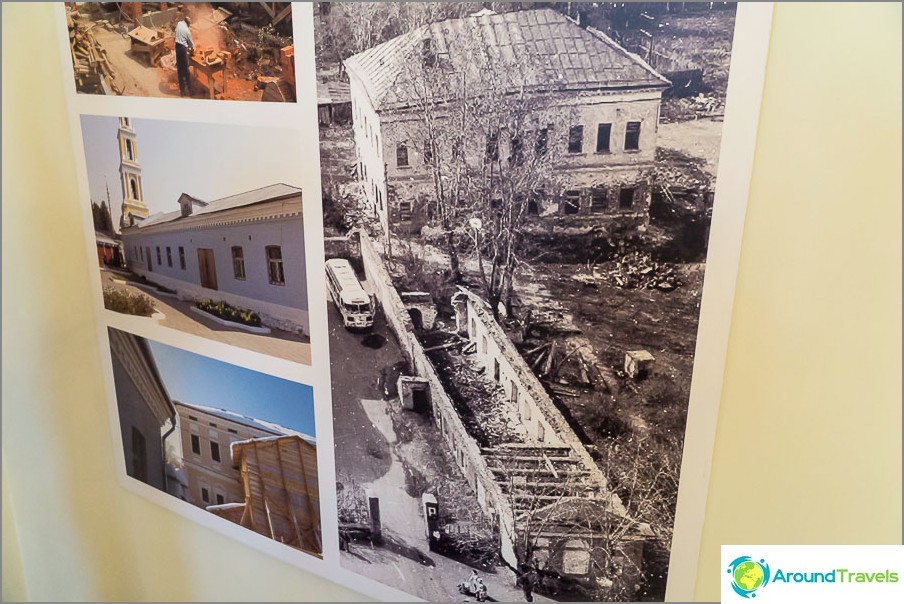 What the manor house and outbuilding looked like many years ago 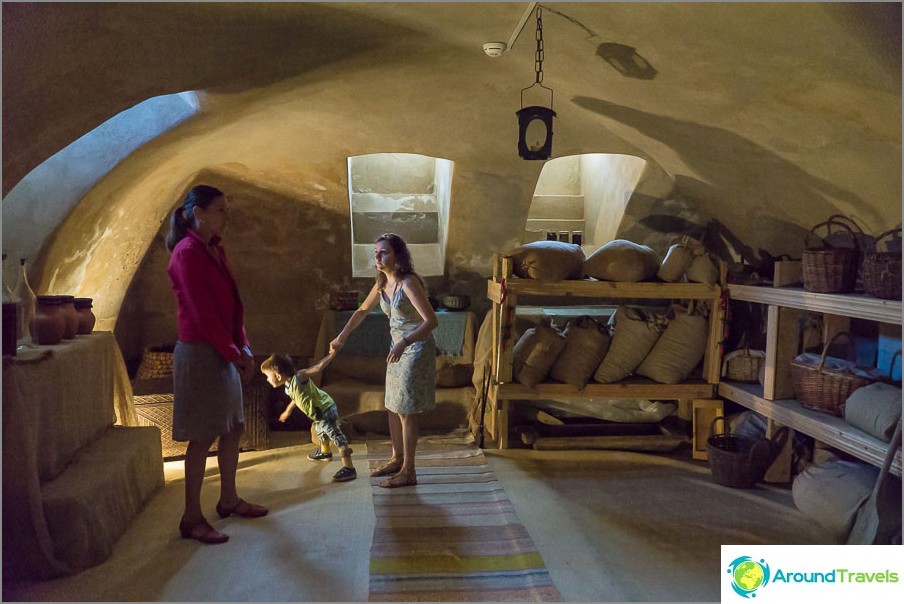 Basement where living rooms used to be 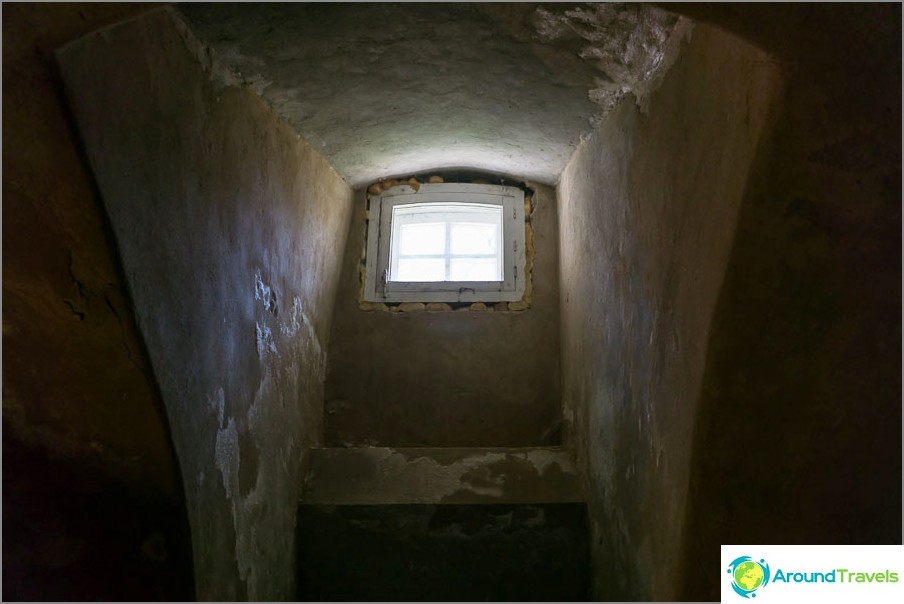 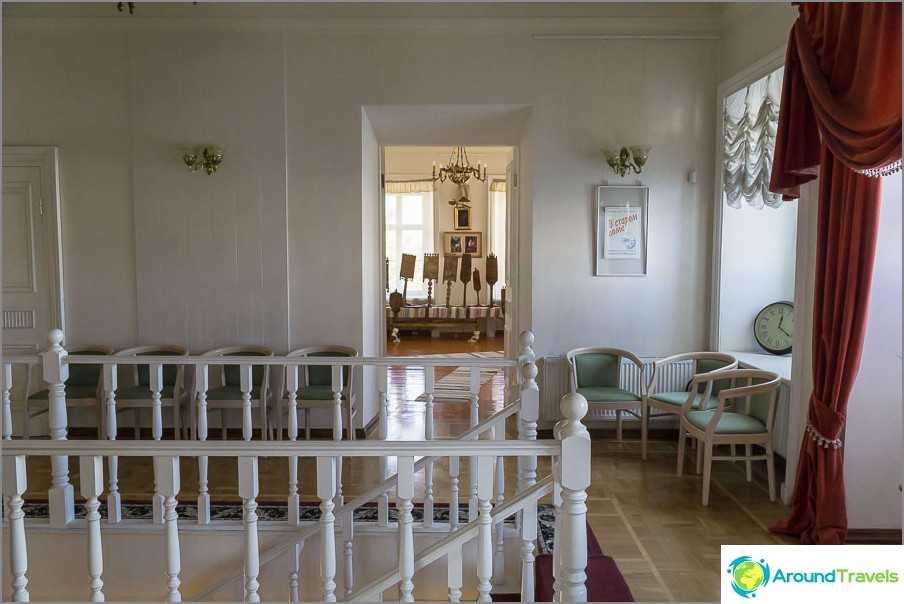 Second floor of the house 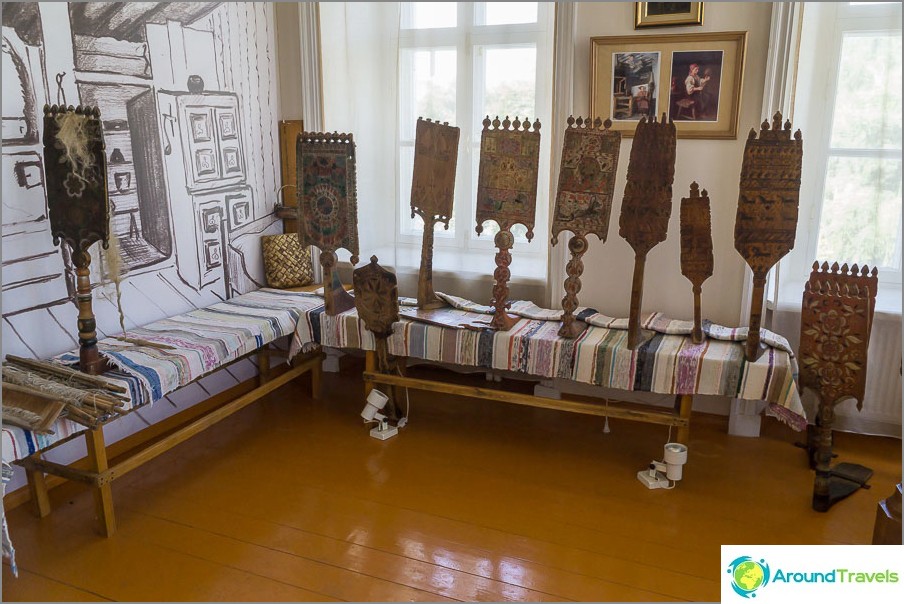 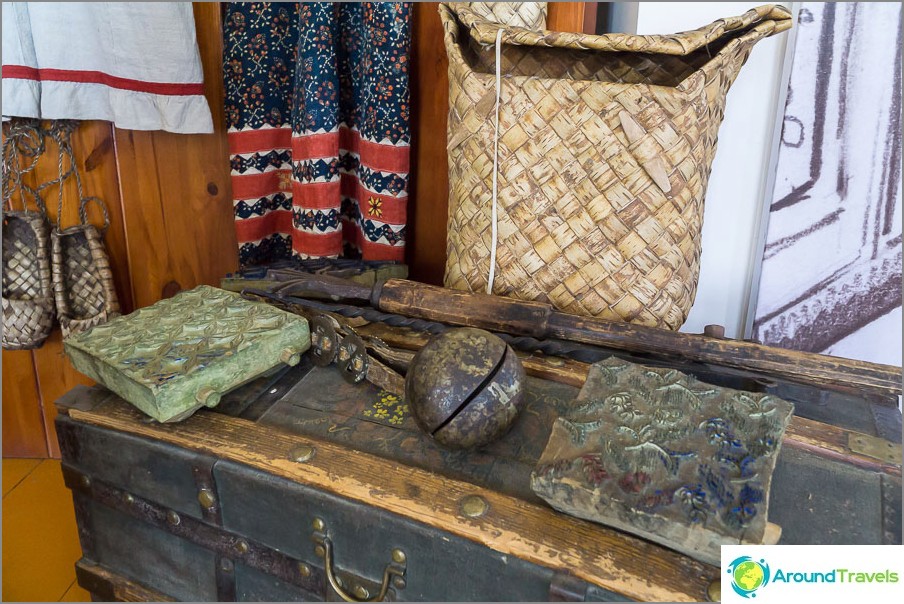 With the help of these objects, they made a drawing on the fabric. 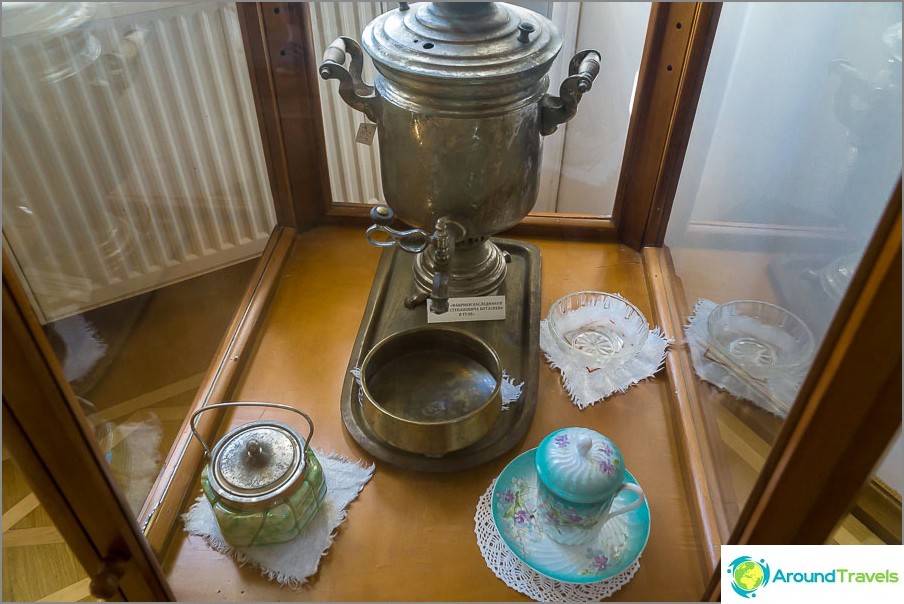 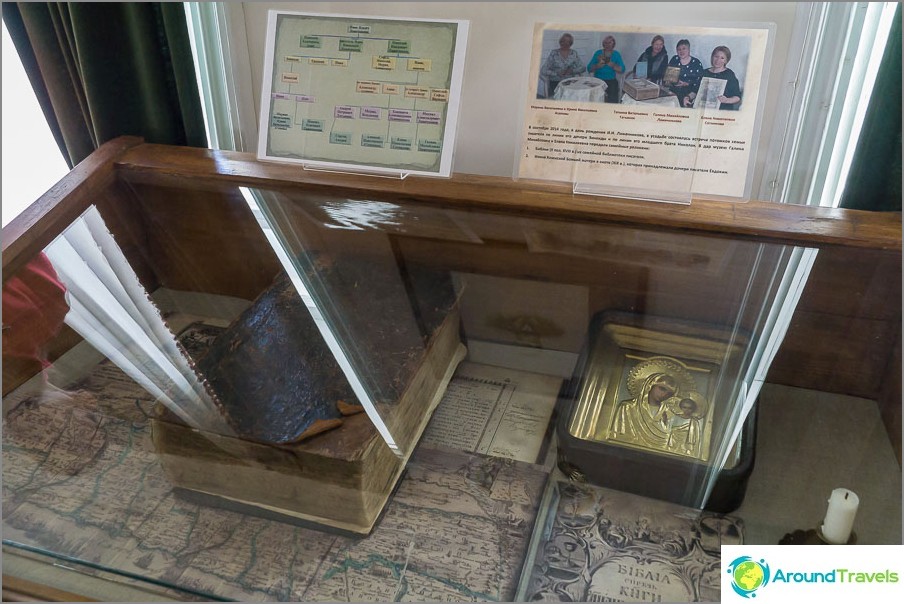 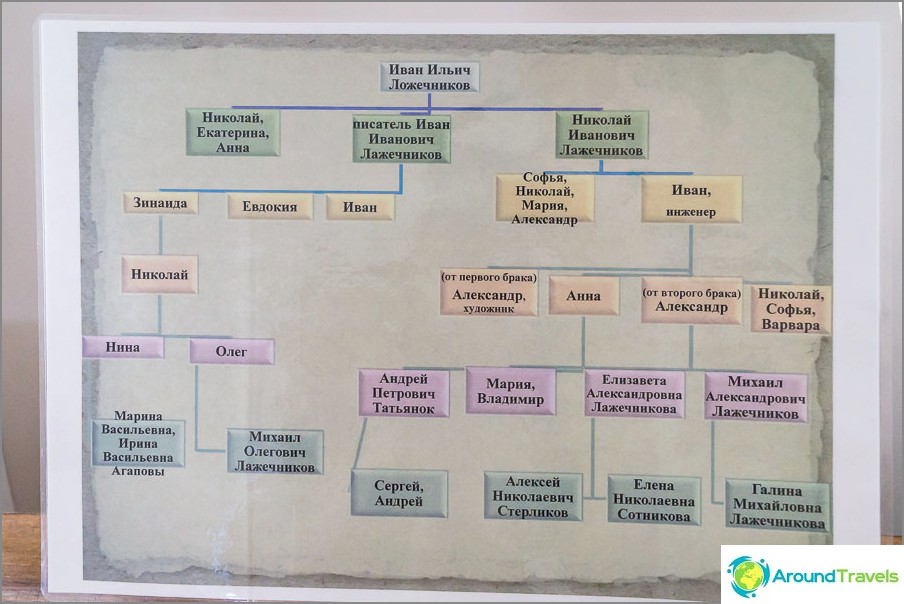 A family tree that needs to be completed 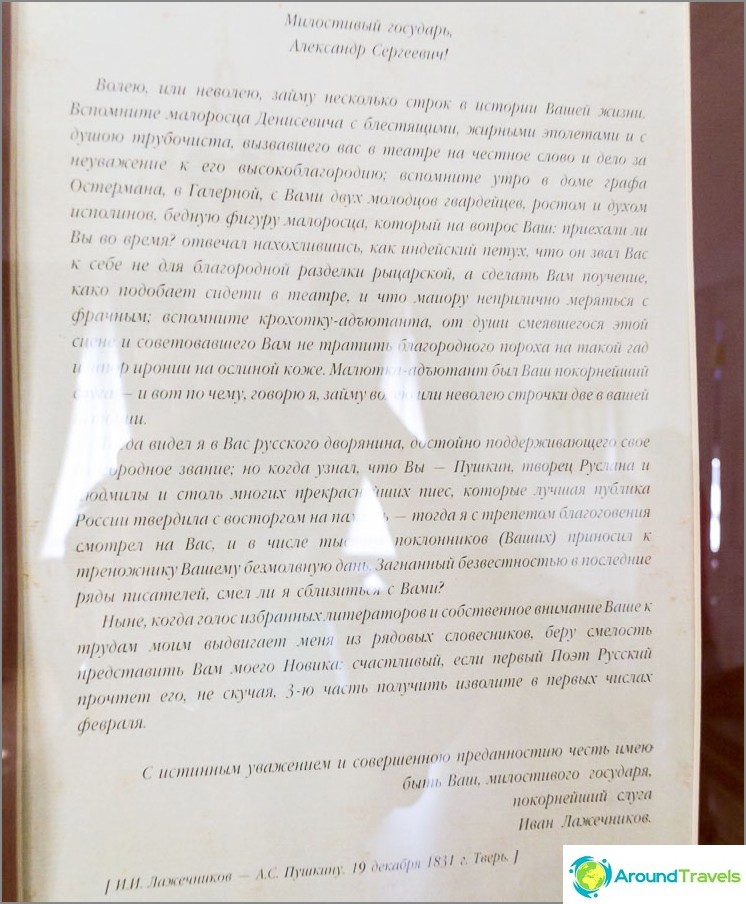 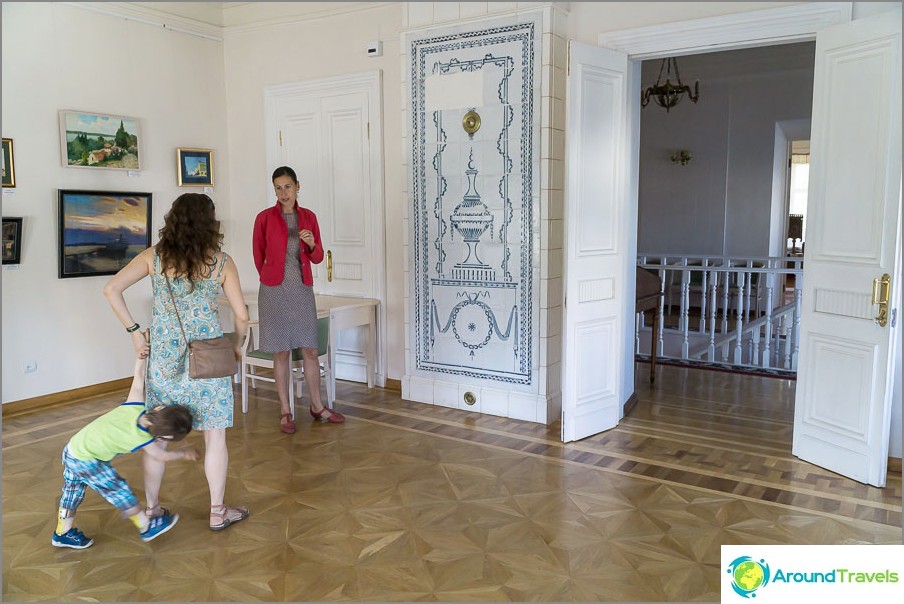 I.I. Lazhechnikov was born in 1790 and died in 1869. For some reason, the exact date of his birth and his brother's is shrouded in mystery, there is no number in the register of births opposite his name. Now it is officially believed that he was born on September 25th, funny that I was born on September 27th. Moreover, at one time the year was not clear, so in some biographies there are both 1792 and 1794 years. They say that by marrying a young wife a second time, he hid his age and wanted to look a little younger..

This estate was acquired by the writer's grandfather Ilya Akimovich Lozhechnikov in the 70s of the 18th century. Yes, yes, the surname was then written through «O», although, to be honest, I myself found out about it only after the guide's story. I still remember how I went through the whole school with the nickname «Lozhkin» and it terribly pissed me off, but there was nothing to be done, the school bully were not far from the truth. The writer's family was a merchant and one of the richest in Kolomna; they got rich selling salt and bread. They owned several houses, a silk-weaving factory, a tannery ... But after the denunciation, the father was imprisoned and his material well-being was undermined, although he was released pretty soon. In an autobiographical work «White, black and gray» I.I. Lazhechnikov talks about the time of his childhood and youth (just when he lived in this house), about the provincial town of Kolomna, about how people lived, what they ate, what they dressed in. As the guide told us, Kolomna is very closely associated with the name of Lazhechnikov.

Growing up, Ivan, against the will of his father, entered the military service and went through the war of 1812. After he lived in Moscow, working on his literary works, he lived in Penza, and at the end of his life he settled in the Tver province, where in 1844 he received the title of nobility. Buried in the Novodevichy Convent. Lazhechnikov is the founder of the Russian historical novel and was a fairly well-known person in literary circles. By the way, I personally know Pushkin. Subsequently, his works were not included in the school curriculum, so now few people know about him.. 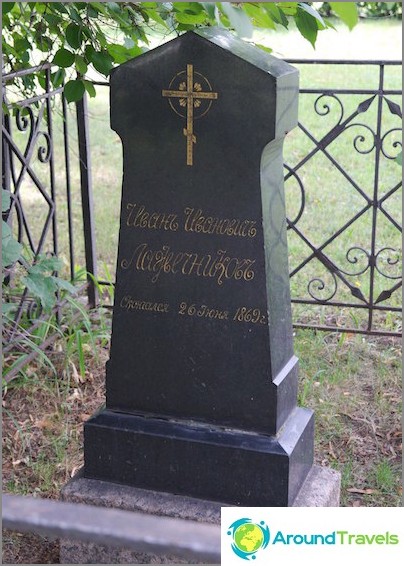 Grave of I.I. Lazhechnikov in the Novodevichy Convent

For the first time in Kolomna, I was still a student somewhere in 2000. Since then, there are almost no memories left, and there was not even a trace of the museum, the building stood empty. Instead, I visited the local history museum, which had a small stand dedicated to Lazhechnikov. I remember when I said about my relationship, they immediately attacked me with questions and shamed me for not knowing anything and reading nothing. And how was I to know if there were no things left in the family, and my grandfather told almost nothing, since he himself knew very little, because the origin was hidden by his parents, in the 30-40-50s they could have been imprisoned for this. After that trip, I returned to Moscow and read in one gulp «Ice house», although I am not very interested in such literature. And I only read the meager biography that was written in books as a preface, then there was not so much information on the Internet. 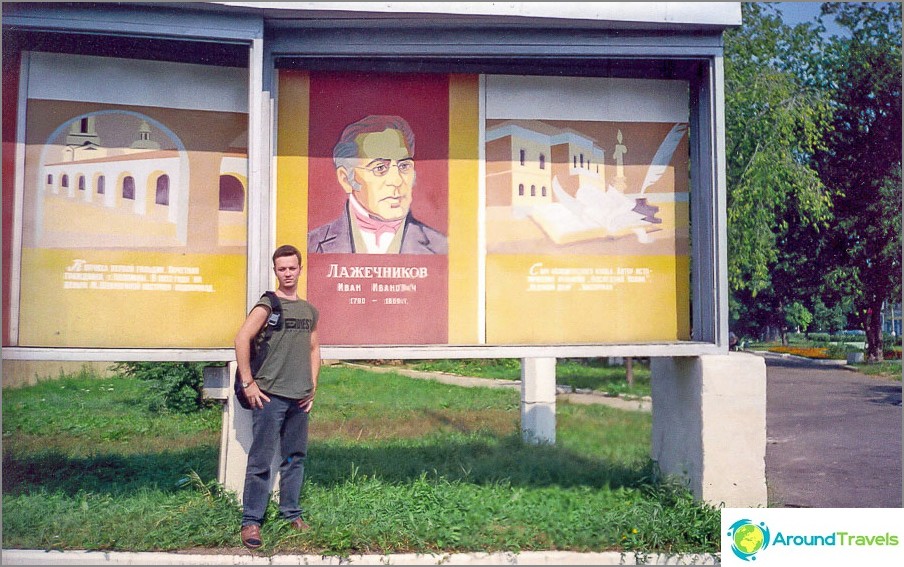 The writer and his descendant, Kolomna, 2001 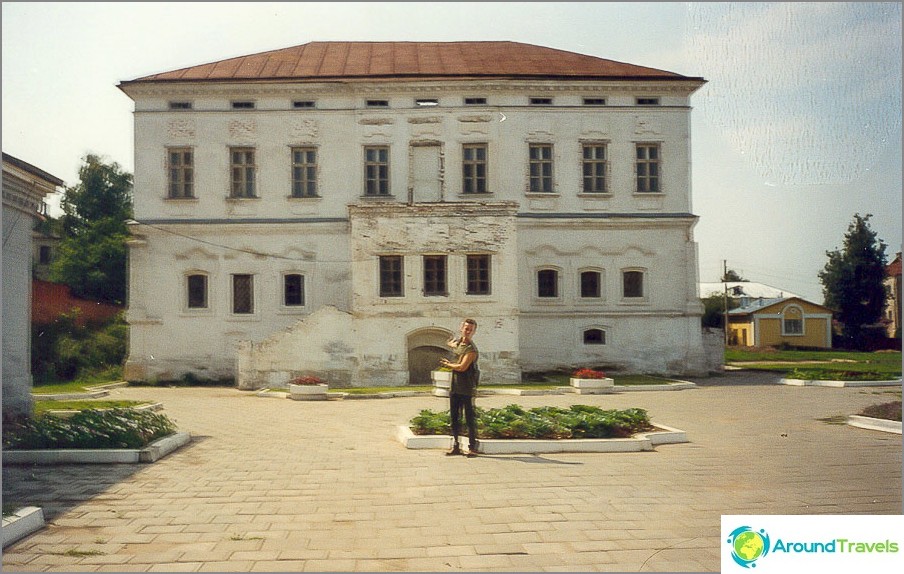 And now, 15 years later, we find ourselves in Kolomna by chance. I was looking for a nice house in the suburbs where I could rest for several days, and one of them ended up next to Kolomna. Naturally, there were no questions about where to go, and the first place to visit in Kolomna was the Lazhechnikov Estate.

This time, on the contrary, I didn't want to say that I was a direct descendant. They will ask again, but I will not know what to answer. But in the end, Daria blabbed out, and in general it turned out to be okay. It turns out that they were looking for me, they wanted to invite me to the anniversary of the writer, and in general for the museum it is important that descendants come. So we exchanged contacts and agreed to keep in touch.

How does it feel to be a descendant? I don't even know ... Nothing special. After all, so many years have passed and there is no connection with the ancestors. Yes, I was told from childhood that your great-great-great-grandfather is a writer, but this does not change anything in my life, maybe, except for some subconscious desire, not to shame my family. But I don't feel a sense of my own importance at all, all outstanding services ended with Ivan Ivanovich and further descendants have not yet done anything that will be remembered by history or at least Wikipedia 🙂

Opening hours from 10.30 to 17 hours from Wednesday to Sunday (except the last Friday of the month).

Wed-Sun 10.30-17.00, except for the last Fri of the month, the ticket office closes half an hour earlier

Entrance fee 80 rubles.
The cost of the tour is 100 rubles per person (about half an hour).
Photographing 50 rubles (no point, nothing to photograph).

P.S. In fact, it is very cool that there is a museum and people who are engaged in the biography and history of I.I. Lazhechnikova.