Home › Articles about Abkhazia › Holidays in Abkhazia are traditions. National holidays of Abkhazia

Holidays in Abkhazia are traditions. National holidays of Abkhazia 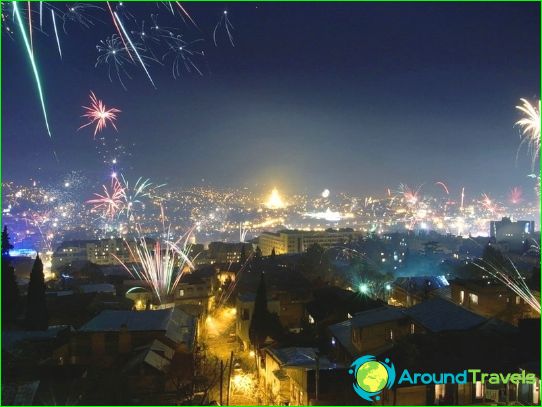 Holidays in Abkhazia are a reflection of the diversity and richness of the culture of the local population. The festive calendar of the country contains both holidays celebrated since ancient times and those that have appeared quite recently..

The main holidays of Abkhazia

Fans of event tours in travel agencies are advised to visit Abkhazia during festivals. So, it is worth going to Sukhumi for the Art Festival “Eucalyptus wind of Abkhazia” (August). Within the framework of the festival, you can participate in creative competitions - “Art photo”, “Painting”, “Free form” (installations, sculptures). And the winners are awarded prizes and certificates. It is worth noting that if you wish, you can attend various master classes, for example, on decoupage - they invite not only adults, but also children..

Abkhazia is famous not only for its fabulous caves, Colchis forests and beautiful parks, but also for its holidays.