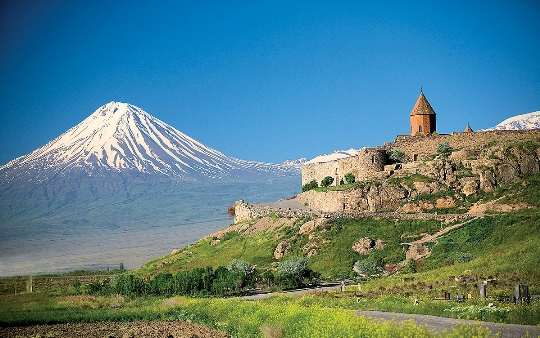 Ancient Armenia attracts tourists with its pristine nature, hospitality of local residents, abundant treats and much more. In order to fully feel at home here, you need to know well all the national peculiarities of Armenia..

Armenians are very courageous and staunch people, as well as friendly and respectful of freedom. They are open to communication and very sincere, and they expect the same in return. Hard work can be called a distinctive character trait, and in general, Armenians constantly live in action. They are very kind to their country and culture, even if they live abroad. Even children born and living outside of Armenia consider themselves exclusively Armenians, know the history of their homeland very well and are very offended when they are confused with other nationalities..

Family ties are very important for Armenians, and they know all family stories and legends well. Girls and boys are raised in different ways, preparing them from childhood for their roles in society. The indecent behavior of young people is not particularly welcome here, because high moral principles are observed in society. There is also a pronounced respect for elders. Families are usually patriarchal.

Armenian cuisine is, first of all, a lot of greens and meat. Despite the fact that it is a little similar to the cuisines of other Caucasian countries, there are still a few differences here. For example, Armenians rarely fry meat, except for barbecue. In other dishes, it will be either stewed or baked. Dolma, tisvzhik and various pilaf are prepared with meat.

There are a lot of different soups in this country. The main ones are: poch (beef tail soup); bozbash (soup made from young lamb meat); khash (lamb leg soup).

Armenians also love fish, especially trout, which is found in local lakes. Desserts include gata - a flatbread stuffed with butter and sugar, and baklava - honey pastry with a nut filling. Many different types of ice cream and fresh aromatic fruits.

The popular milk drink here is matsun, which is made from sheep's milk. They also drink Turkish coffee and mineral water here. Of course, there are a lot of different brands of cognacs and wines from alcoholic beverages. Vodka is also famous all over the world. «Artsakh». Traditional vodka is infused with mulberries, but there are other options, for example, tinctures on apricots, grapes and plums.