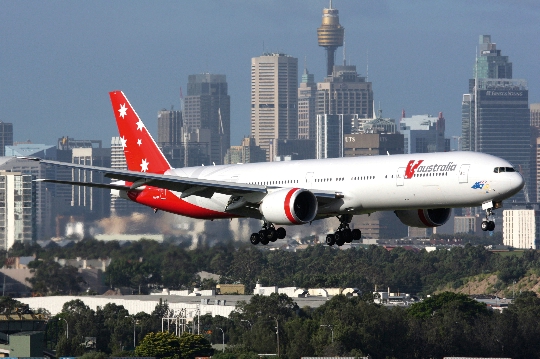 More than 440 airports are located on the vast Australian territory, of which about a dozen are of interest to tourists. All international airports in Australia are located in close proximity to major cities and each of them serves up to 30 million people a year.

Sydney Airport is the largest in the country in terms of the number of passengers carried. It is called Kingsford Smith Airport and is located ten kilometers from the city's downtown. It has three passenger terminals, and the international one is separated from the two domestic ones by the runway, which requires sufficient time in case of a connection in Sydney. Accepts flights of the absolute majority of world airlines. All useful information can be obtained on the airport website - www.sydneyairport.com.au
Melbourne's air gate is located in the suburb of Tullamarine, 23 km from the city center. From here, flights are carried out to almost all airports in Australia. This airport has won awards for the high level of passenger service more than once. You can get from the terminals to the business districts of Melbourne by taxi or shuttle bus stopping at the Southern Cross railway station, and all the useful information about the airport can be easily found on its website - www.melbourneairport.com.au
Australia's International Airport, 13 kilometers northeast of Brisbane, receives dozens of flights from all of the world's major airlines. Its international terminal has an Emirates Airline first-class lounge, several restaurants and duty-free shops. Flight schedules, transfer options and infrastructure features are available on the official website of Brisbane Airport - www.bne.com.au

The net time in the air when flying from Russia to the Green Continent is usually 20 hours, but the amount of time spent on connections depends on the airline and the selected airport in Australia: