Articles about Vienna
by Alexis 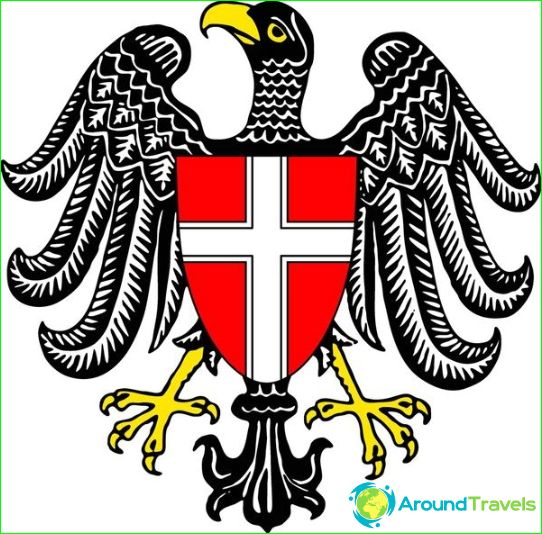 Coat of arms of Vienna

Vienna is the capital and largest city of Austria with about 1.7 million inhabitants. Vienna is located in eastern Austria on the banks of the Danube River, at the foot of the Alps, near the border of the Czech Republic, Slovakia and Hungary. Vienna's Old Town and Schönbrunn Palace are UNESCO World Heritage Sites.

Since 500 BC, the territory of modern Vienna has been inhabited by Celts. In 15 BC. The Romans built one of their outposts here, which was named Vindobona. The city was intended to protect the empire from the Germanic northern tribes.

In the middle of the twelfth century, the Austrian dukes Babenberg settled in Vienna. Construction of residential buildings and churches begins. In the second half of the thirteenth century, Vienna already belongs to the Habsburgs.

In the sixteenth century, Vienna was attacked by the Ottoman army, which, however, did not succeed in laying siege to the city. In 1683, under the walls of Vienna, the Turks were again dealt a crushing blow, after which the rapid decline of the Ottoman Empire began..

In the first half of the nineteenth century, a rapid development of culture and art began in Vienna, especially with the advent of the Biedermeier style. The city becomes the musical capital of Europe, educational institutions are also popular worldwide: the University of Vienna and the Academy of Sciences. The beginning of the twentieth century is a golden time for a prosperous city. The outbreak of the First World War was a turning point in the history of Vienna. The war caused the fall of the Habsburgs, riots and political clashes broke out in the city. In 1938, German troops entered the city. The 1945 bombing of the year caused severe damage to the capital, restoration work was completed only in 1960..

Vienna is now a modern and prosperous city, attracting tens of thousands of tourists every year. The Vienna Ball is held annually here, a cultural event that is popular all over the world. Vienna is rich in attractions: imperial palaces, churches, more than 100 art museums, apartment houses of famous residents.